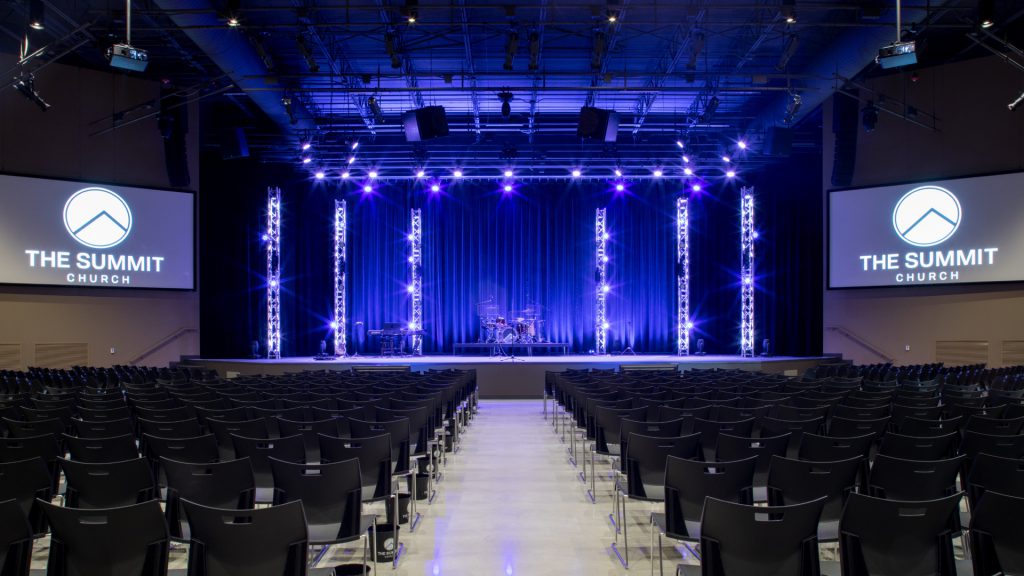 LEES SUMMIT, MO – There is a soothing sense of tranquility that permeates the tree-lined streets around The Summit Church. Pass through them and it’s easy to see why Money Magazine ranked the church’s hometown of Lee’s Summit, MO, number one on its list of “Best Places To Live,” and why Zippa declared it the “Happiest Mid-Sized City in America.”

Although time may seem to stand still in this peaceful spot, The Summit Church’s elders have always had their eyes fixed firmly on the future. This was very evident in the church’s recent expansion, which included the installation of a very versatile LED lighting system by Stark Raving Solutions that features CHAUVET Professional fixtures. 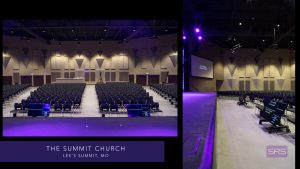 “The Summit was expanding to a new space,” said Kris Kirkwood, Stark Ravings Solutions’ lighting designer on the project. “For lighting, this meant that the vast majority of gear in the space would be new.  It was very important for the church to be able to put on a rock show every week, but at the same time, they also needed the rig to be flexible enough to light a more traditional, toned-down service on the same day with little changeover. This made it essential that the new system be LED.”

Initial plans called for the church’s stage to be illuminated with warm white key lights, with a few of the Ovation E-910FC RGBA-Lime ellipsoidals in the mix for color. However, during the project, the decision was made to make all the key lights E-910FC fixtures.

“During focus and initial programming, one of the church Elders saw the front lights and was bowled over by how much color was available through the E-910FCs,” said Kirkwood. “Their color mixing is truly amazing.” 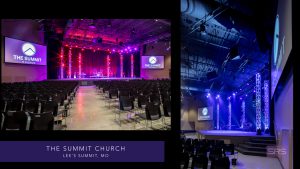 Of course, getting the right white light mix for key lighting people on stage from this color mixing fixture was critically important. “We knew we would have to dial in the right color temperatures with our whites for this to work,” said Kirkwood. “This was important not just for live services, but also for videoing sermons. We wanted to make sure that while we could do strong, saturated color, we also gave the church clean, clear face light, with tunable control over white balance, so it could play nicely with video gear. In the end, this is what happened and the response from the client has been overwhelmingly positive.”

Stark Raving Solutions installed 16 Ovation E-910FC units with 26° lenses in FOH positions at distances of 22 and 26 feet from the stage. Having the lights at two distances expands the coverage area and allows interesting overlays of color during youth services and concerts.

Added color is provided by the 24 COLORado 2 Quad Zoom Tours that are positioned upstage and on either side of the stage. “The COLORados are wonderful in their color mixing,” said Kirkwood. “They are used for side and back washing, variable focus movement and color responses at key points during service or performances.” 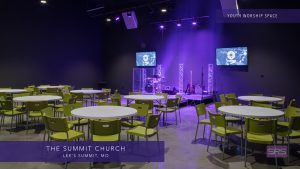 As part of its rock concert reach out to younger worshippers, The Summit church also has nine Rogue R1 FX-B fixtures in its new rig. With each of the Rogues having five independently controlled moving heads, this gives the church a total of 45 different movers to use for energizing musical performances.

“The church had six of the FX-Bs in their original space,” said Kirkwood. “They were using them on the floor only for tilt up and down color and movement. I saw the chance to take a fixture that they had, and add three more units to show them some of the capabilities and options it could give them. I wanted to give them the chance to see movement and color in a range and variety that they never had before.”

For its part, The Summit Church, was eager to hear new ideas. “This was a wonderful collaboration with a church we had never worked with before,” said Kirkwood. “We were able to take their vision and make it not only into a reality, but to give them the training, the tools, and the opportunity to give them more than they ever dreamed possible.” 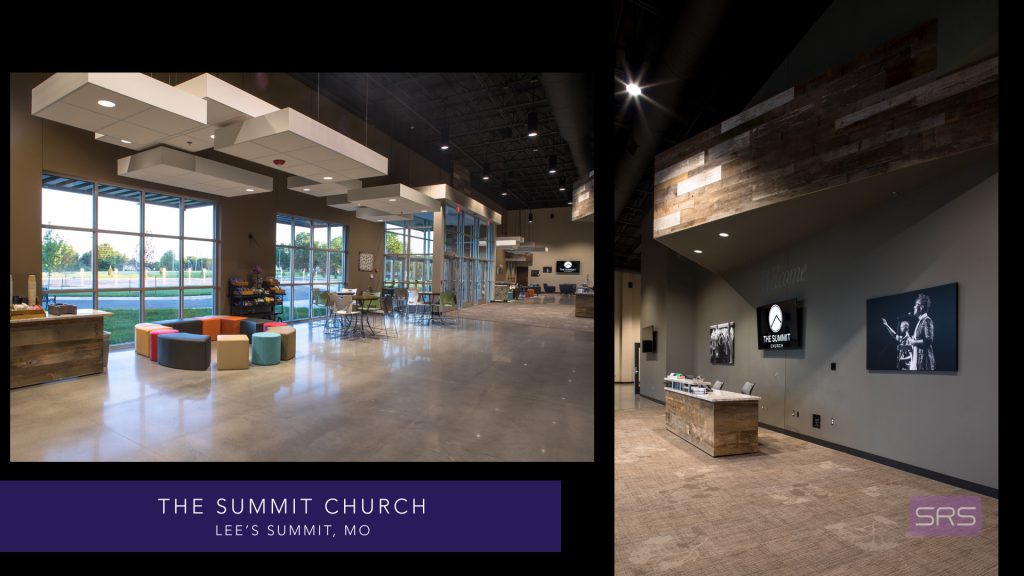 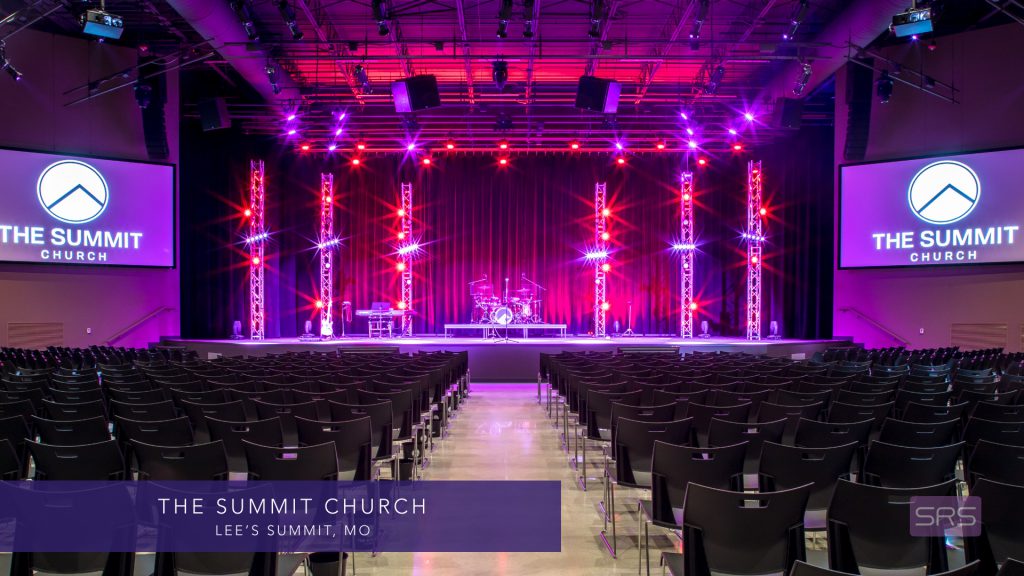