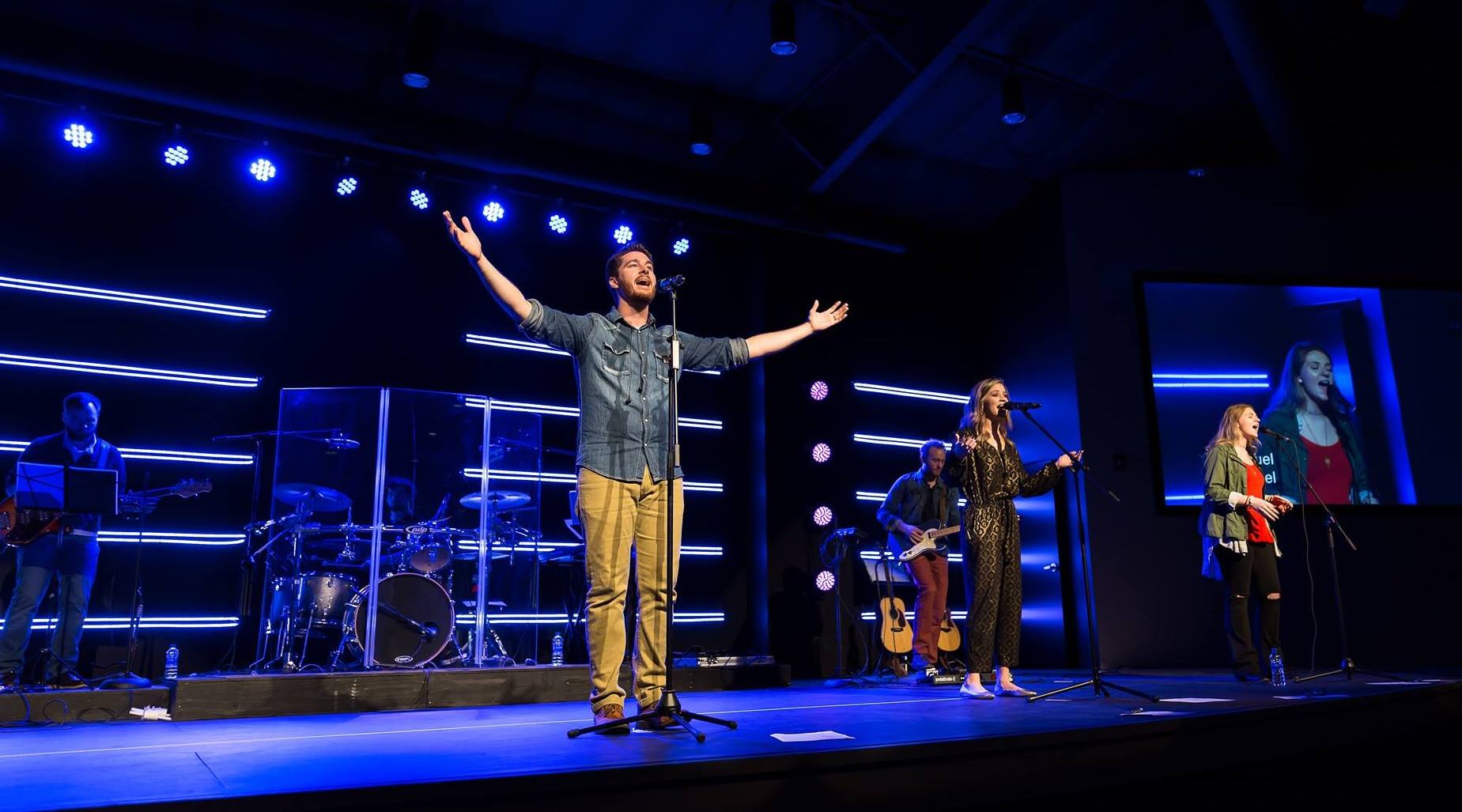 MILLEDGEVILLE, GA – Planning ahead isn’t a luxury, it’s a necessity that no church can do without, especially one that’s on a tight budget. Brad Lyons and the team at dB Integrations proved the wisdom of this statement recently when they completed installation on a new construction project for Northridge Church.

Until recently, Northridge held Sunday services at a community arts center, setting up and tearing down its worship space each week. When the church decided to design its own building, its leaders initially planned on purchasing and installing all equipment themselves, before realizing they needed a professionally engineered plan. They called dB Integrations, which helped them create a lighting system that could meet their needs now and in the future with help from CHAUVET Professional fixtures.

“As is the case with many smaller churches, budget was an issue,” said Lyons. “Working with the church, we showed them how to stretch their lighting investment, while at the same time invest in an infrastructure that would allow them to expand later. Our engineering team of Bill Johnson, David Clark and Victor Puddy were all key in helping the church balance current and future needs, not just with lighting, but with AV as well.”

Northridge’s new church building had three light poles about 25’ over the stage for key lighting. Lyons and his team installed six Ovation E-160WW ellipsoidal fixtures with 26° lenses over the center pole. They also installed four additional Ovation units on each of the two outside poles. Each of the poles also had an independent 20-amp circuit installed to provide power for additional lights, such as moving fixtures and stationary color washes in the future.

“Originally, we thought of going with 19° lenses, which would have required more fixtures for an even spread of key lighting. But in the design process, using advanced software analysis, it was determined that we could use fewer fixtures if we went with 26° lenses and get more than enough lighting for broadcast standards, while also saving the church money so that other needs could be addressed,” said Lyons. “The Ovation fixtures have proven every time on every project that they are of the highest quality performance, incredibly efficient in terms of cost and power.”

dB Integrations also installed 10 SlimPAR Q12 USB fixtures from CHAUVET DJ above the back of the stage for color washing. Initial plans called for the installation of 20 SlimPARs, including eight that the church owned and used for its temporary services at the community art center.

“We scaled back the number of pars used because of budget,” said Lyons. “However, the versatility of the SlimPARs allowed us to do this without losing a great deal. We could do things like use the fixtures’ amber color mixing to get a warm white to eliminate shadows for live streaming. We also installed another 20-amp circuit on the stage just for future lighting, and we added a dedicated DMX port into one of the floor pockets.

“The idea of this project in general was to provide the church with great lighting today,” said Lyons, “but also to invest so it could expand that lighting tomorrow as it grows and its needs change without having to ask the question, ‘Will our infrastructure support it,’ because YES, YES IT WILL.”