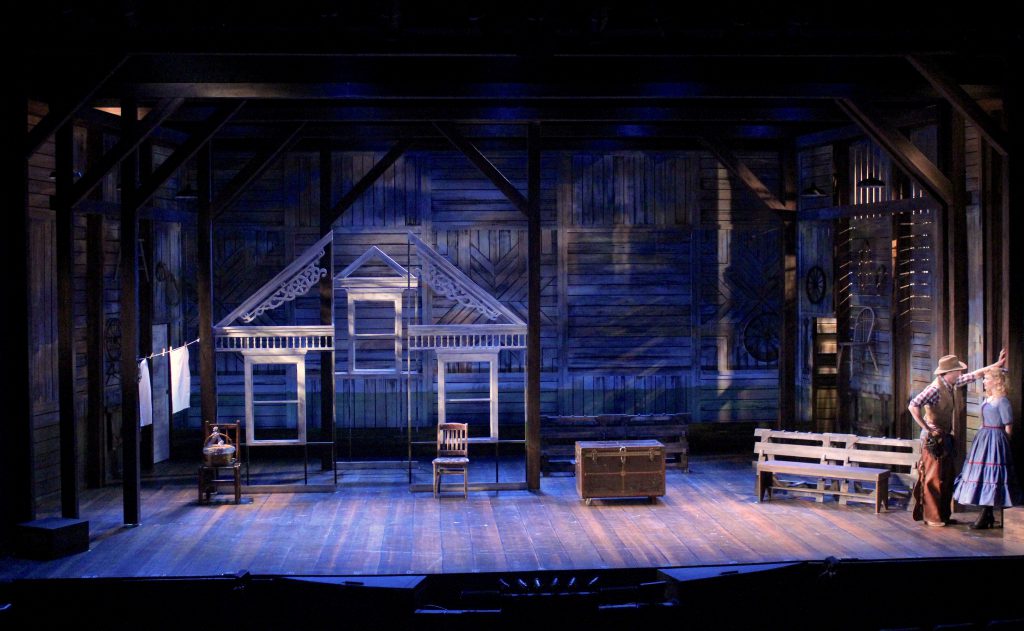 There is a part of every play that audiences neither see nor hear, but feel. It is into this
infinitesimal space that wafts between every word the writer pens, and separates every line each actor delivers, that Zach Blane’s lighting thrives. By filling this mysterious area, lighting can, he believes, unleash powerful and often subconscious emotions that lend greater power to the play’s narrative.

Never detracting from the original meaning of a play, lighting should not even be noticed by the audience in Blane’s view. Rather than being recognized, its presence should be felt, setting the mood that enhances the power of the play. Impressed by the power that Blane’s lighting imparted to a production of Oklahoma at the John W. Engeman Theatre, we caught up with the LD to ask him about telling stories with light.

You have described yourself to us as a “Dramaturgical Storyteller” in the past, can you elaborate on what this means?
“When I call myself a ‘dramaturgical storyteller’ I am referring to the notion that lighting has a power beyond just illuminating the actor. A modern day lighting designer has the opportunity to position a scene and its subconscious under-current without the audience truly understanding or perceiving how or why they are being affected. I look at lighting as the intangible breath between the performers onstage. It is the electric space between the viewer and the participant that helps keep connection.”

What is the key difference between merely lighting a dramatic production and actually using light to help tell its story?
“In my opinion, there is no difference. I think there are many approaches lighting designers can take, which is what makes everyone’s work so vastly different. Some designers are only interested in making sure everyone can see everything, while some only want to use the latest lighting gear and architectural installation approach. I choose to take ALL of that into consideration and think about how the audience is intended to view everything, and then it’s a matter of finding which gear is appropriate to telling that specific version of that story.” 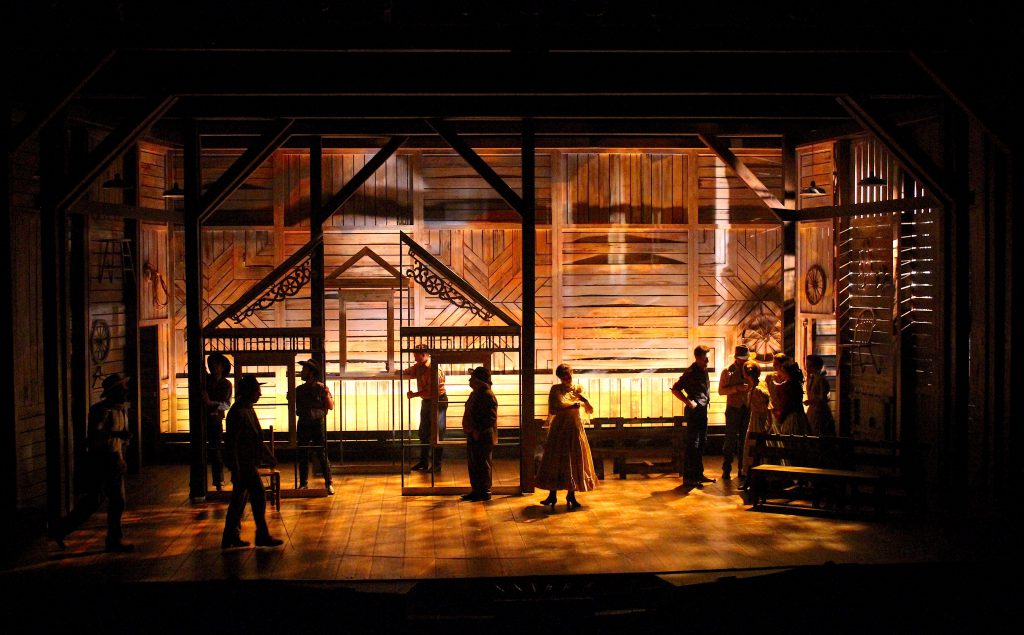 Does the story-telling role of light differ depending on the type of show you’re lighting, say a musical as opposed to a comedy or drama?
“I think yes and no. I refer to every piece of work as “a play”, even if it is a musical. And I say that because even the most heightened characters are still intended to be living, breathing, fleshed out beings. Everyone has their own ‘story’ and 3-dimensional characters all have a past that informs how they behave in the present, much like real people! That being said, I look at a ‘musical’ exactly as I would a ‘play’ because I always intend to honor the written word that the writer has created as law. The ‘rules of the world’ are clearly stated or able to be inferred in the script, if you know what to look for.”

How do you tell a story with light without compromising the fundamental functions of lighting in a show, such as key lighting the actors?
“I look at a fundamental function of lighting, in this day and age, as needing to support the emotional story being told — and sometimes not being told so plainly. I look at lighting as the oxygen of the world being created. So, whether that world requires the feeling of complete darkness to evoke a tense emotion, or the high energy cuing sequence of a large flashy musical dance break, it is all storytelling in terms of how you light it. Everything I do with light is created to support and deliver the intension of the playwright, which in turn brings us full circle to ‘dramaturgical storytelling’ through the medium of light.”

So, when you tell these stories with light, do you collaborate with directors and set designers?
“Yes…1000% yes! This industry is highly collaborative! I work very closely with the director and set designer in all parts of the process. I welcome any and all ideas and then can ripple those gems throughout the rest of the piece. All the time in preproduction or in the theatre I am finding I have conversations with my fellow collaborators that completely open up a brand new way of thinking about the piece that I had a blind spot on previously. Once I can see that point of view more clearly, it then allows me to say to myself “well, if that is true, that must mean that this is true as well…” This elevates the rest of the beats in the show, with that new language. I find I am constantly cracking open small pieces of the play that then, in turn, largely impact the overall arc of the event!”

In Oklahoma, you did a marvelous job reflecting different times of day with your lighting. Are time passages critical to dramaturgical story telling?
“Thank you! I think time passages are critical. I think “where the sun is” is very important to an audiences subconscious understanding of the world. We all operate our everyday lives in reference to the sun, and each have a connection and lay on a meaning to what ‘sun’ means to us. That being said, if there is a high-tension scene perhaps the daylight is a bit colder than it would be in reality. My job is to meld what roots us in relatable reality, as well as control the psychological undercurrent of the stakes of the scene. The medium of light and sound in the theatre is ephemeral and transparent enough to have a very large subconscious impact without getting in the way.” 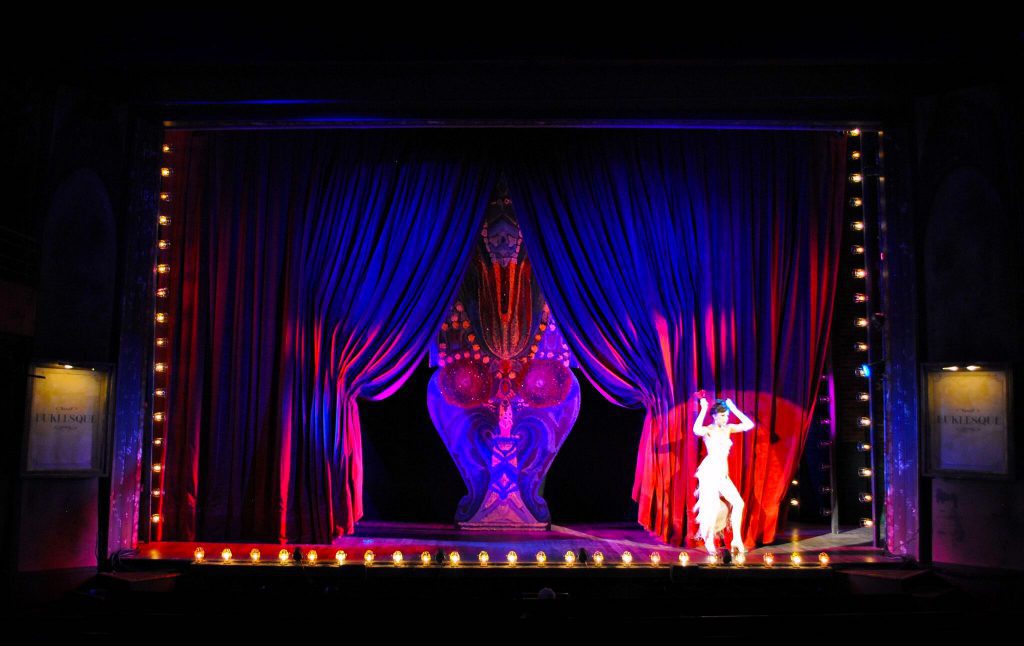 Can you share another example of how you’ve used light to convey the passage of time?
“I just lit a play at The Pasadena Playhouse called Belleville, by Amy Herzog, starring Anna Camp and Thomas Sadowski, and brilliantly directed by Jenna Worsham. We spoke in depth about one of the final scenes where there is a big altercation which takes place in the morning. We realized that there is a reason Amy set that scene in the morning vs in the night, when a large part of the play takes place at night already. It is harder to hide in the light of day, and daylight, exposing things as it does, raises the stakes even higher for the characters.

“As the scene progressed (which the beginning of the scene was lit with a beautiful sunrise of saturated colors blasting through upstage windows) we decided to calibrate the sunlight to get more and more cold and sterile with very little relief. Jenna and I spoke through the idea of ‘what if at this point a large cloud has come in and blocked the warm sun from the windows?’ Now, we all know what that looks like, in real life, but to get that to stay theatrical and ring true enough to let the scene land, and not feel too ‘designed’ (which would take the audience out of the moment), is not so simple to accomplish. So, over the course of 15 minutes we slowly brought ‘the idea of’ a cloud passing over the apartment, and subtly changed the atmosphere. I am all about ‘the slow burn’.

“Regularly I find I am starting a shift many minutes before we need it, as to be undetectable by the audience. I always say “I find I have truly done my job when the audience forgets they are watching theatre, and are just there, in that room, with those characters, leaning in and listening.”

Has LED technology made it easier for you to do this kind of thing and tell stories with light?
It’s beyond easier! LED technology now allowed virtually silent fixtures to accomplish any and every color. Also, these fixtures can transition from one color to another seamlessly, without noise. It truly has changed the game of heat output as well, and I am excited to see what is in store for the future of our industry in regards to LED technology.” 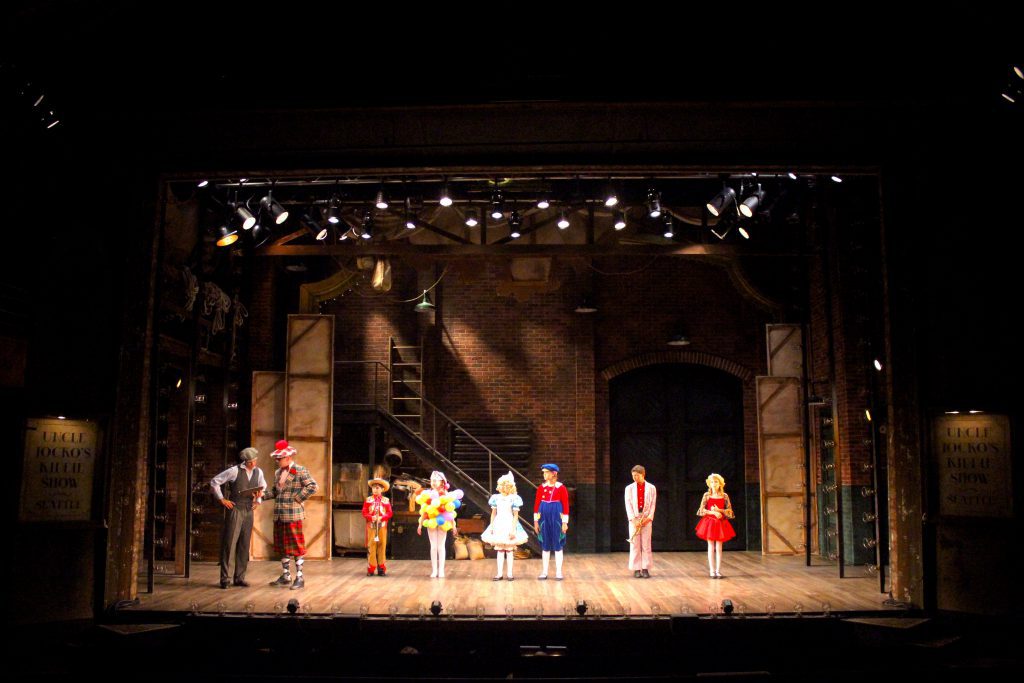