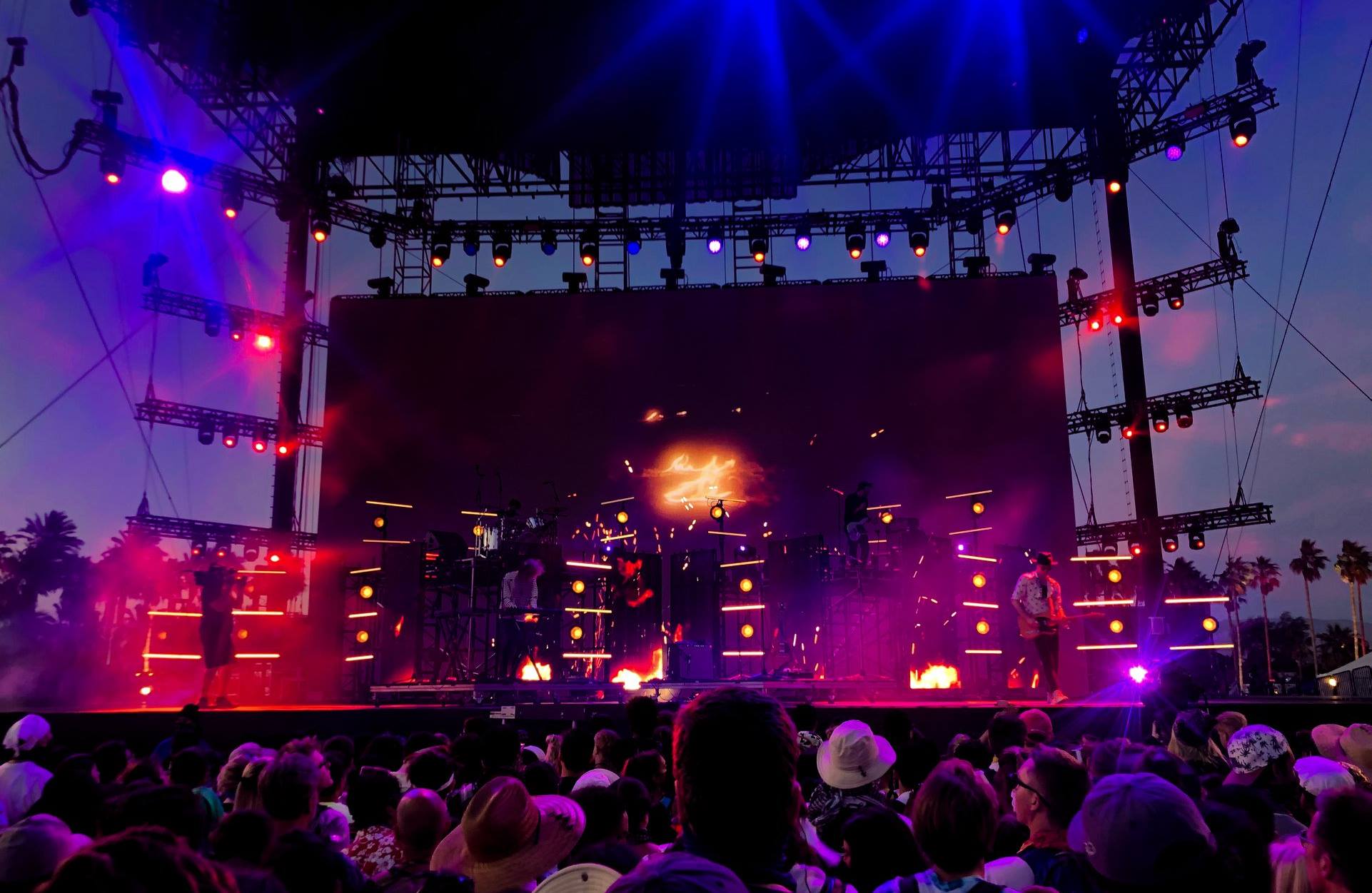 INDIO, CA – A little bit of magic happens every evening in April around 7:20 in the Coachella Valley. That’s when the sun sets behind the San Jacinto Mountains, filling the sky with glorious reds and ambers, creating the perfect setting for taking stunning photos and for becoming immersed in the sounds of the Coachella Valley Music and Arts Festival.

As glorious as this colorful panorama may be, though, the ambient light that comes with those sunsets can play havoc with the best laid lighting design plans. Will Chandler not only circumvented this issue, he turned it to his advantage by using the evening sky as an inviting backdrop for a lightshow that managed to be both engagingly warm and brilliantly intense at the same time. Helping him in this endeavor was a collection of CHAUVET Professional STRIKE and ÉPIX Strip Tour fixtures.

“We needed a versatile rig for our time slot on the Coachella Outdoor Stage,” said Chandler. “Although we could afford more subtle moments later on in the evening, I was looking for fixtures that would provide a lot of impact earlier on during sunset. Video helped provide a lot of that impact, and that’s why I incorporated eight video walls into the rig to supplement the lighting. The STRIKE 1s also provided a lot of impact, and their color temperature was actually very complementary to the sunset going on behind the stage. The ÉPIX Strips helped outline the configuration, even when it was still bright outside.” 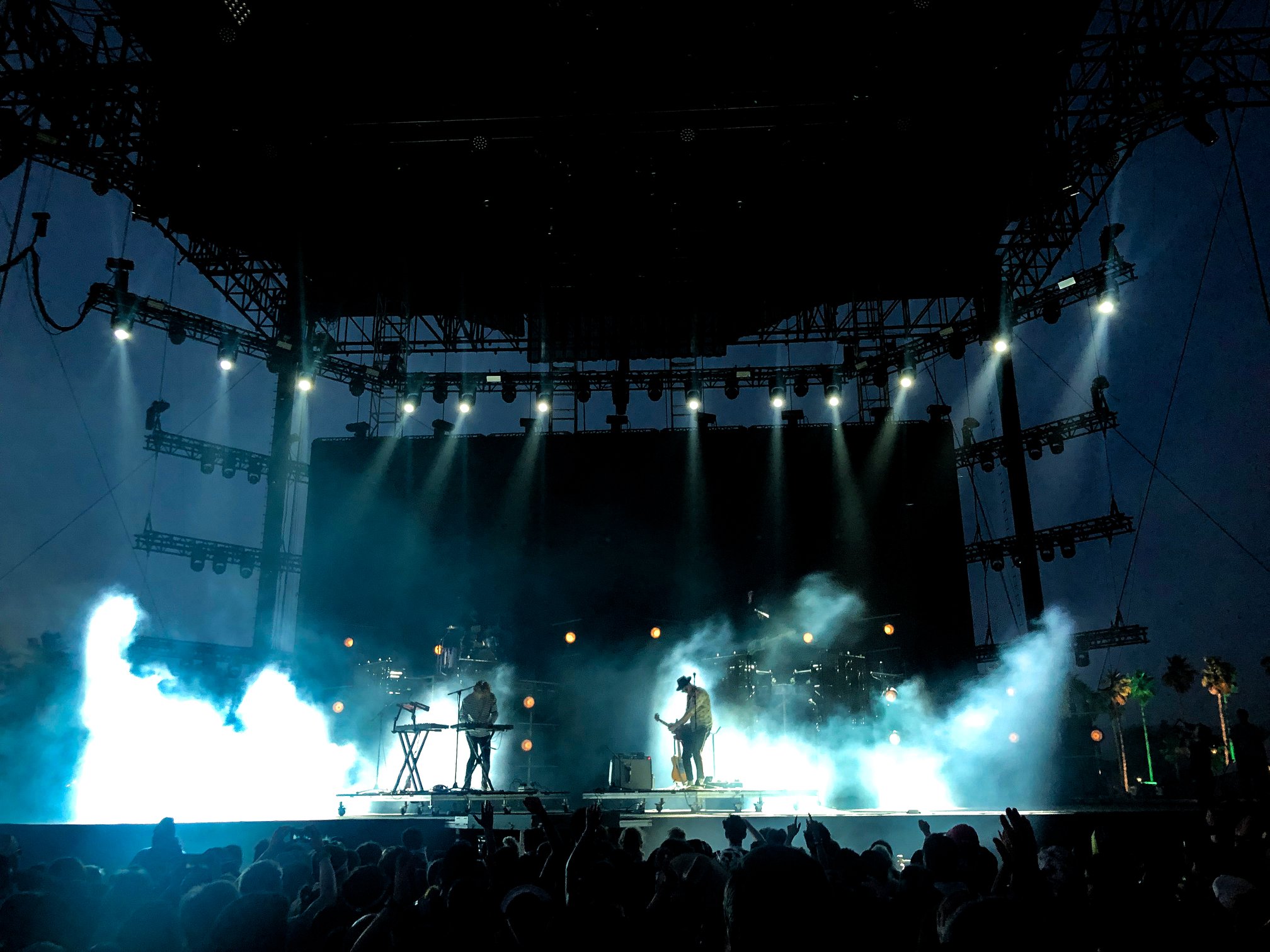 Chandler ran 20 STRIKE 1 fixtures across the stage at uniform heights. “All of my STRIKEs were facing straight into the crowd to create some really impactful moments,” he said. “With some fog blowing across the stage, we got some cool silhouette looks.”

The 34 ÉPIX Strip Tour fixtures in Bob Moses rig were hung horizontally across the width of the stage facing the crowd at a 45° angle. Chandler positioned the RGB linear fixtures at five different heights to create a zig-zag pattern that added a sense of angularity to the stage, endowing it with greater depth, while retaining the classic rock-and-roll looks that characterized the band’s earlier shows.

“Symmetry and geometry play key parts in this design, along with the juxtaposition of the old-school vintage look of the blinders against the colorful neon effect of the strips,” said Chandler. “My goal was to keep this show in line with the look of the original touring show. This incorporated a lot of the same fixtures, including STRIKE 1s and ÉPIX.” 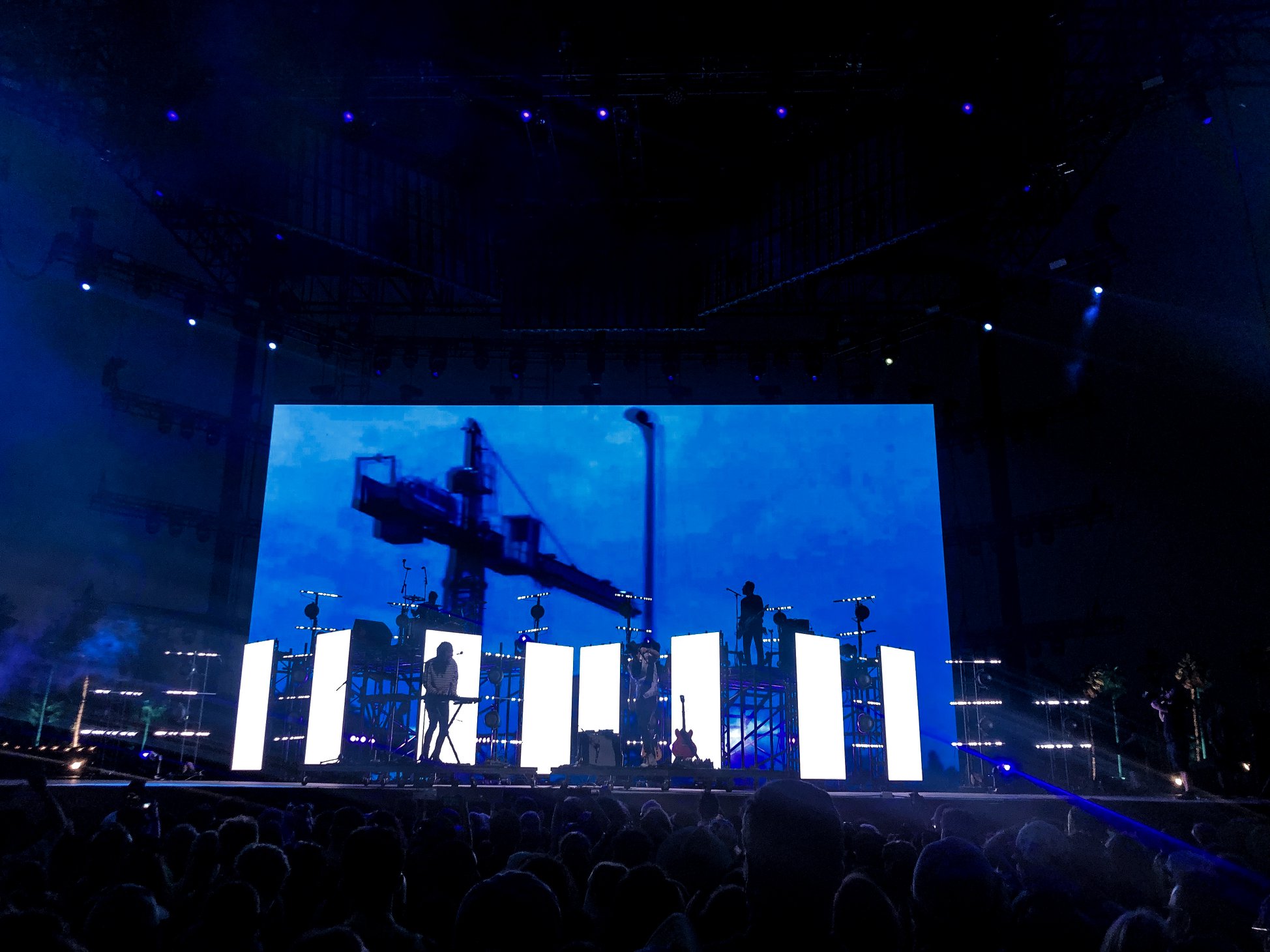 Describing his Coachella show as having “a rock-and-roll vibe with a modern twist,” Chandler welcomed it as an opportunity to revamp the look he created for Bob Moses.

“There were a lot of moving parts, including adding video content, custom staging, and upscaling the lighting rig,” he said. “It was a case of trying to redesign and upscale without losing the signature look and feel of a Bob Moses experience. It was rewarding to have all of those moving parts come together on a stage and to see crowds immersing themselves in the final product.”

Beyond achieving the balanced looks he wanted for Bob Moses, Chandler kept practical issues in mind when creating the band’s Coachella rig. “One of the biggest challenges with festival shows is designing the rig for speed on and off stage,” he said. “I used only LED fixtures to cut down on the need for dimmer racks, bulky cable runs and wait time for lamps to strike/cool down. From a practical point of view, being able to use rugged 4-pin cable with the ÉPIX was a huge bonus. I also enjoyed the auto address feature of the drive units – it didn’t matter which fixtures were rigged where; as long as our pre-loomed cable paths were the same, the drivers auto addressed the fixtures flawlessly once connected.”

Chandler also had to make his rig as camera-friendly as possible with flicker-free fixtures featuring adjustable PWM. In addition to its extensive television coverage, he notes that plenty of photos at Coachella are taken on cell phones. Both fans and camera crews were able to capture moments that added something special to those magnificent Coachella Valley sunsets.