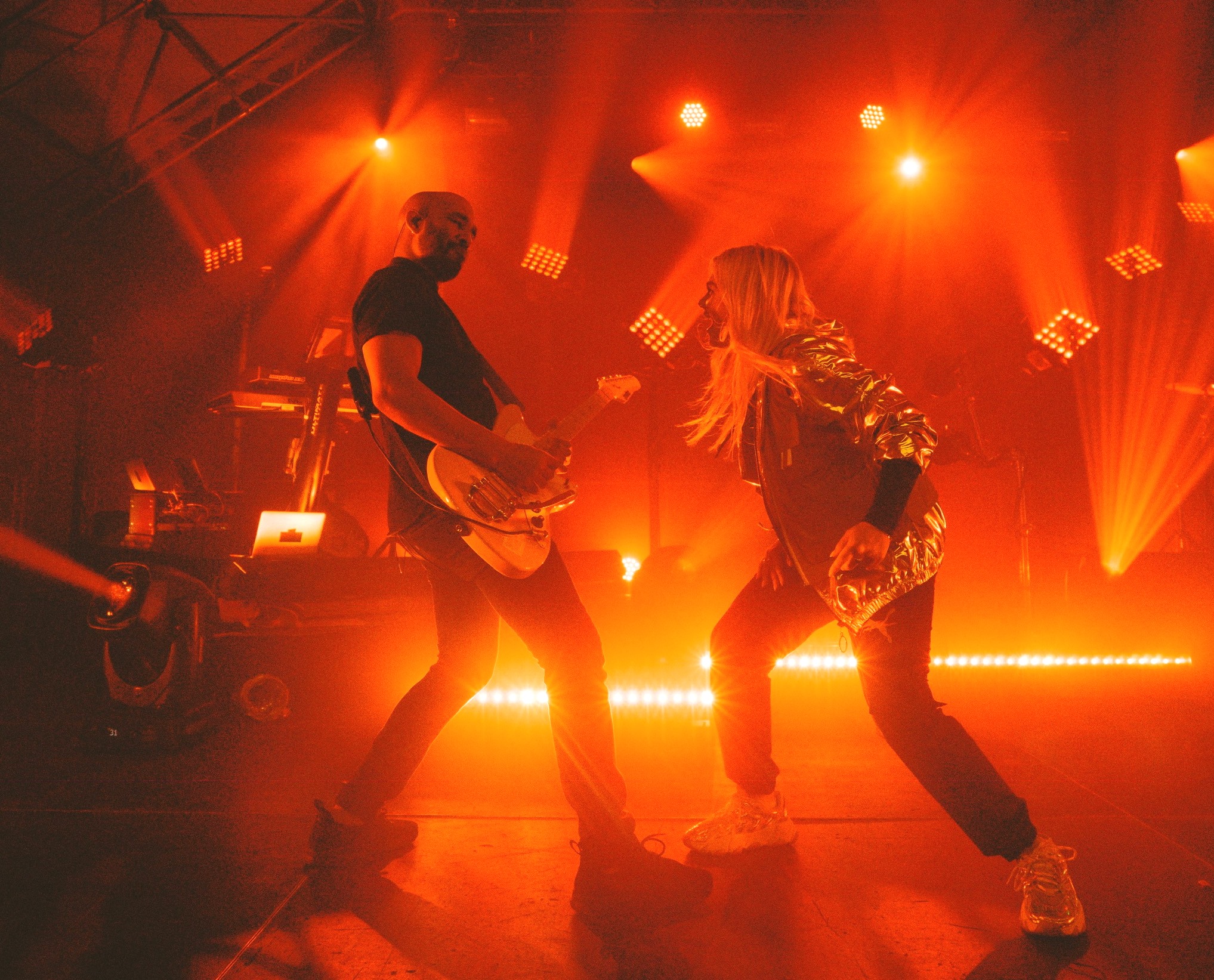 LOS ANGELES – It’s a concept as old as the ancient Greek philosopher Plotinus, who wrote about the balance of symmetry and beauty: mirrored patterns captivate the senses, and create a feeling of harmony.

Will Chandler had something like this in mind when he side-hung 10 CHAUVET Professional Next NXT-1 panels on poles behind diamond-shaped band risers for Hayley Kiyoko’s European tour that ended March 3 in Madrid. The symmetrical diamond-on-diamond design created an engaging, balanced look on stage and served as a supportive backdrop for the 2018 MTV Push Artist of the Year’s famous dance moves.

But Chandler, the owner of Envizion Entertainment, had more than geometrics in mind when he specified the moving RGBW LED panels for his client’s 14-nation tour. A passionate and deeply personal artist who forges a powerful connection with her audience, Kiyoko covers a vast universe of emotional spaces in every show. Chandler relied on the versatile and powerful Next NXT-1 fixtures to help him reflect every emotive moment in light. 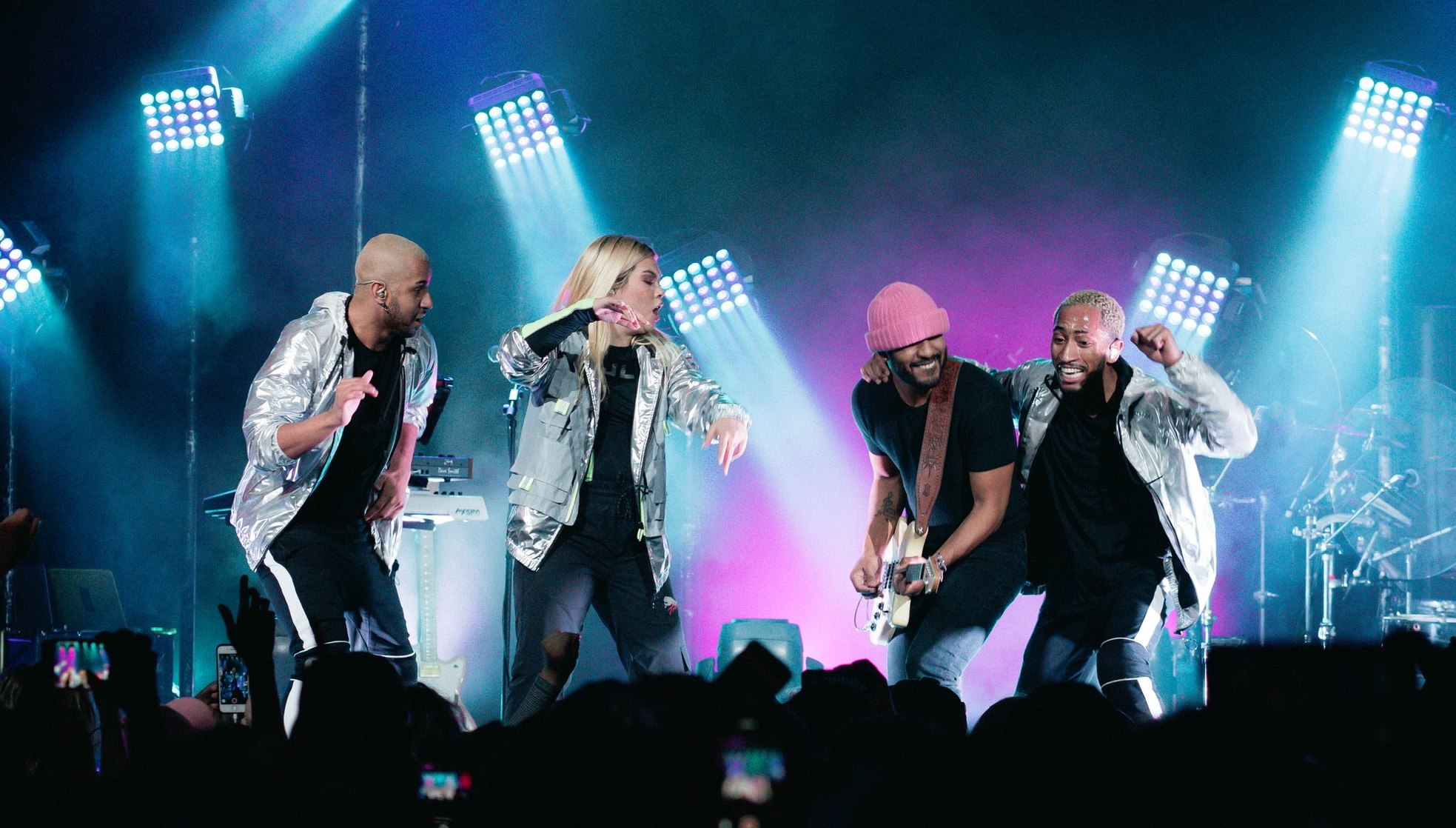 “This show is a mixture of very powerful, beat heavy songs and some slower, more subtle moments,” said Chandler. “Especially with having dancers on this tour, I wanted to be able to create some really bold hip-hop moments with blocks of light, and also to be able to have a lot of the rig disappear into the background during slower dance solos. We toured last year with various designs incorporating LED strips, but with this version of the show I wanted to break up those lines into bolder blocks of intense light.”

Chandler credits the Next NXT-1 units in his rig with helping him achieve his design goal.
“First of all, these are incredibly powerful fixtures with the ability to create some epic aerial effects with their narrow beam angle,” he said. “For dance breaks and similar moments, I used them for strobe/blinder effects, which helped give us a hip-hop vibe. Also, I really enjoyed using the NXTs to create some sizzle effects.”

Designed in Los Angeles for rehearsals before the start of the European tour on January 29, the rig did not include video panels. This brought a focus to the pixel-mapping capabilities of the Next NXT-1 fixtures. 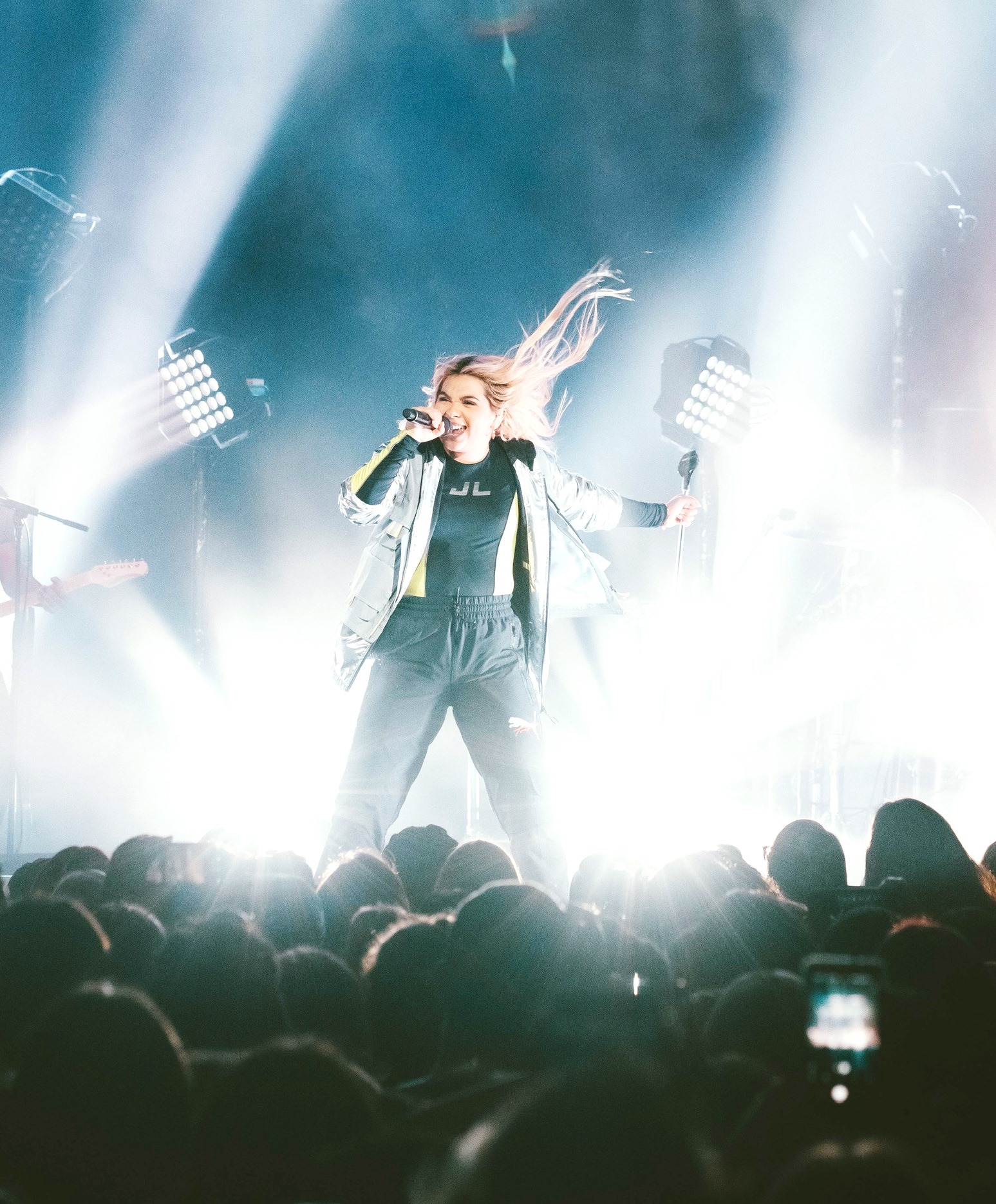 “With no video in this version of the show, I focused on creating some nice fluid pixel-mapped effects running through the NXTs to create another layer of movement onstage, aside from other pan/tilt effects and gobos,” said Chandler. “I enjoyed using just groups of pixels for certain looks. For instance, in some slower darker songs I’d just play with intensity effects on the outer ring of LEDs rather than having the whole fixture lit.”

On the opposite end of the spectrum, there were some dance breaks where Chandler ran the NXT-1 units at full power. “Some of our intensity sizzle effects not only looked cool on the face of the fixture, but also translated into the air surprisingly well,” he said. “The fixtures really gave me a lot of options, which was very appreciated on this tour.

“We ran into a variety of stage sizes, and Hayley and the dancers needed room downstage to move, so I tried to keep any ground-supported pipes, large cable runs etc. upstage,” continued Chandler. “We had some low-profile fixtures on the floor downstage, but I wanted to complement that with fixtures rigged higher up in upstage areas where less dancing room was needed. Having the NXTs on pipes at varying heights was key to this plan.”

Chandler, who designed Kiyoko’s widely acclaimed Expectations Tour in 2018, is grateful to European vendors, particularly Adlib, for supplying fixtures throughout the 2019 EU tour. He credits them with helping him “keep the rig consistent.” As a result, he was able to keep his versatile show’s looks consistent too– and that in itself represents a beautiful kind of symmetry.