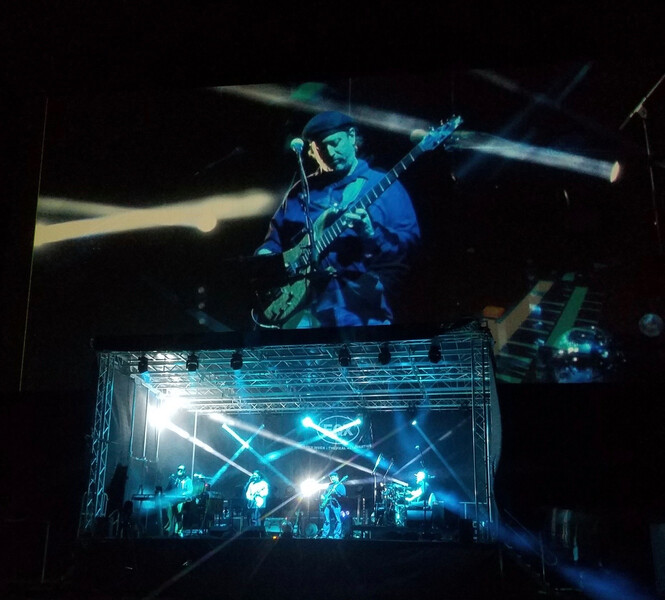 GLENMONT, NY – “A Teenage rock and roll spree,“ that’s how Richard Linklater described his cult film Dazed and Confused. How right he was. Iconic songs pop up throughout this coming of age classic, giving it a unique rhythmic power. This quality made the ‘90s movie an ideal twin-bill partner for Pink Talking Fish on the band’s Friday September 18 show at the Jericho Drive-In.

Like Linklater’s film, Pink Talking Fish create their own rock and roll spree every time they take the stage, fusing the sounds of Pink Floyd, The Talking Heads and Phish into a transformative musical mix. This was evident the moment the band kicked off their two-and-a-half hour show at 6:30 with a 20-minute rendition of Phish’s “Simple,“ followed by Pink Floyd’s “Happiest Days Of Our Lives/Another Brick In The Wall Part 2,“ and Talking Heads’ “This Must Be The Place.“

Keeping pace with the band every step of the way on their outdoor musical odyssey, which preceded the film, was a Vin Pugliese designed lightshow that featured 12 CHAUVET Professional Rogue fixtures supplied by High Peaks Event Production. 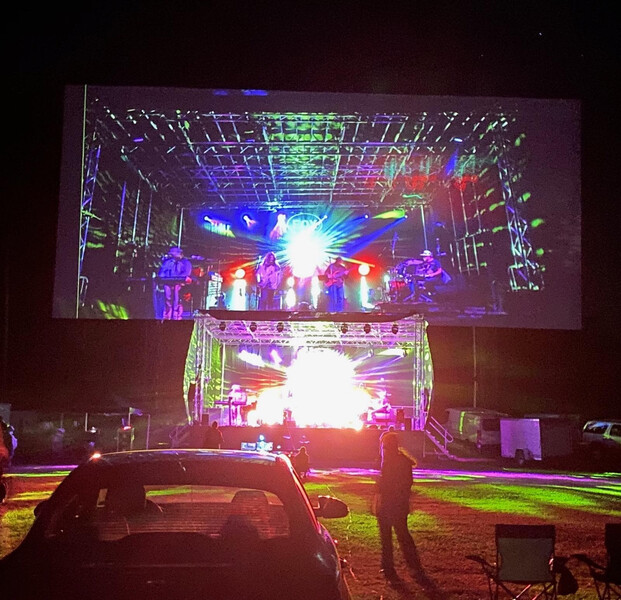 “We flew six Rogue R2X Washes on the downstage truss and had six Rogue R1 Beams hung on the upstage truss,“ said Roger Sharp, president of High Peaks. “Vin combined these with his own floor package, which included six more movers and eight battens. The stage was directly below the big drive-in screen, so there were a lot of immersive looks on stage and nice IMAG video over it.“

Pugliese, owner of VFX Design studio used this rig to create a cavalcade of immersive looks that never seemed to repeat themselves during the 150 minute set. Strobing his Rogue fixtures often, and hitting a center stage mirror ball frequently with intense beams, he evoked a redolent psychedelic vibe that fit the evening perfectly.

In recognition of the film that followed their concert, Pink Talking Fish sandwiched parts of Led Zepplin’s “Dazed and Confused“ into the their performance of “David Bowie.“ For fans at the socially distant concert, it was the perfect segue into the film – and part of a memorable musical evening. 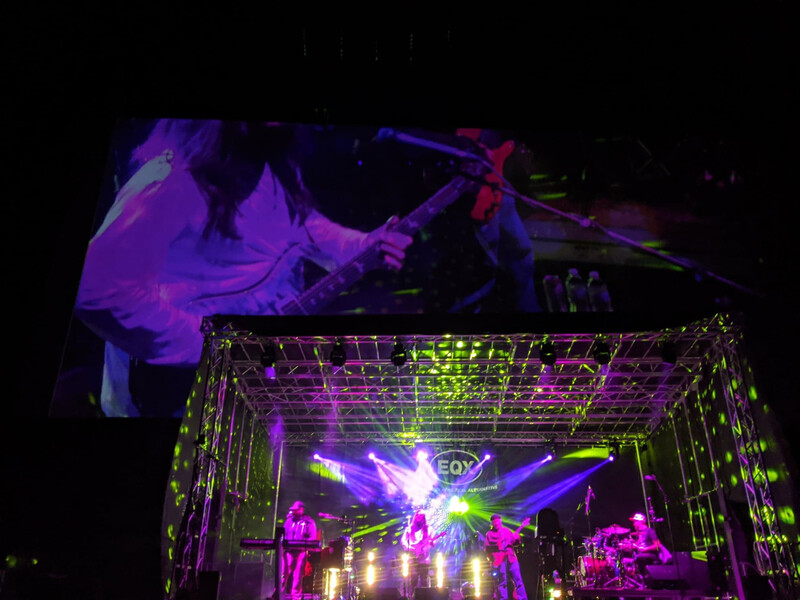