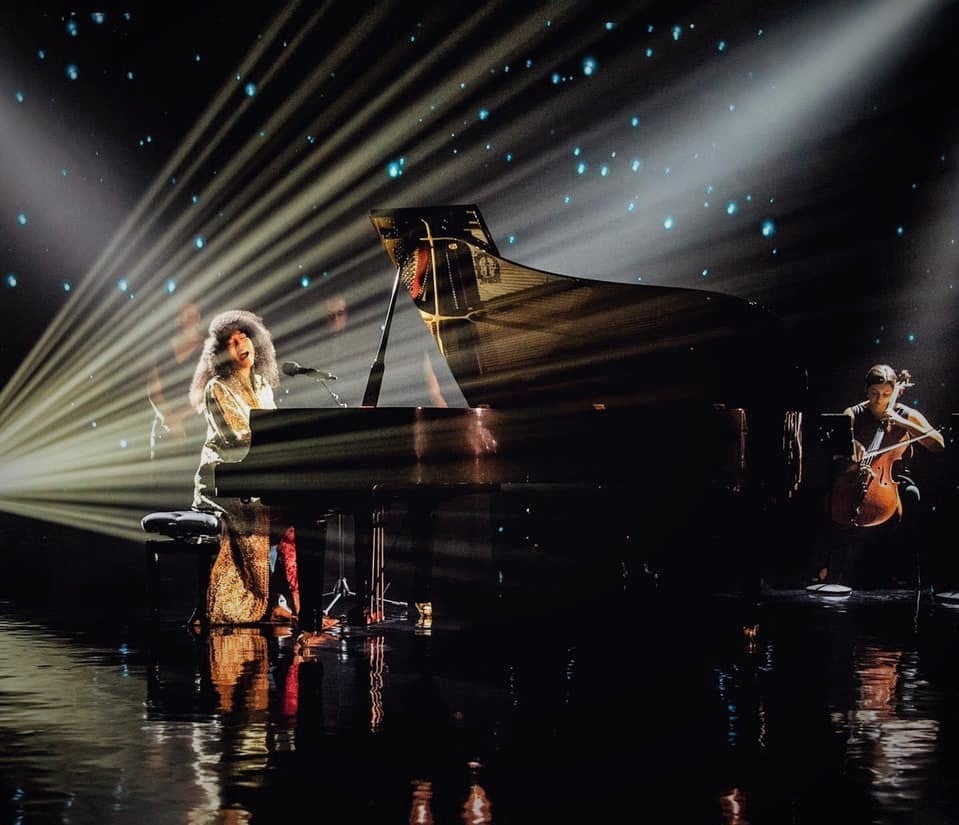 NEW ORLEANS – “Strong” is a word that comes up often in reviews of Judith Hill’s music. But hers is not a strength borne of brute force. Instead, its power is drawn from the pure joy and expectation she conveys with every note.

When the Grammy winning vocalist shot a promotional video for the Elans Artists agency in March, the soaring quality of her sound was reflected in light, courtesy of a See-Hear Productions designed and supplied rig that included 33 CHAUVET Professional fixtures and 89 F4IP video panels, along with some supplemental units from RZI Lighting.

Tony Milliet ran the rig for the four-day filming session with his ChamSys MagicQ MQ80 plus two extra wings, using his console to create a steady stream of bold looks that, like the music of this uniquely talented artist, conveyed an unbridled sense of energy.

“We had a lot of songs that needed to be shot in just four days,” said Milliet. “I was only given a few tracks ahead of time. I was able to build cue stacks for those songs. All of the other songs were done on the fly. Being able to come up with new looks was a fun challenge. Throughout the sessions, we used our Mavericks to create a wide range of dramatic effects — backlighting with split beams, silhouetting, and creating a lot of gobo patterns that came off well on camera and captured the spirit of the artist.”

Milliet credits his console with helping him manage the wide array of looks.. “I have been using ChamSys for 12 years and love the versatility and dependability,’ he said. “The MQ80 allowed me to build and edit cues and Fx quickly. The Exec page worked perfectly for all of the busking I had to do. Even by day four, I was able to bring up new looks that fit the mood.”

Creating many of those looks were the rig’s 14 Maverick MK2 Spot fixtures, eight of which were flown on mid-stage truss, while six were arranged on the floor. “The Mavericks in the air were used to add texture to the ground, as well as to create overhead beams,” said Milliet. “They were sometimes used as a hard edged back light. The floor fixtures flanked the video wall. They looked great from the overhead jib shot.”

Also featured in the rig were 19 Rogue R2 Wash fixtures, 12 of them on downstage truss for front lighting, and 3 on the upstage truss, as well as 2 on the left, and 2 on the right upstage wings.

“We used the upstage R2s as backlight,” said Milliet. “I was able to achieve the colors that looked great on camera. Having the zoom function was super valuable in that it allowed me to change looks quickly.”

In the end, despite the entire cavalcade of unique looks Milliet created, one thing remained consistent: the lighting was overflowing with forceful and vibrant energy. The music of Judith Hill called for nothing less.