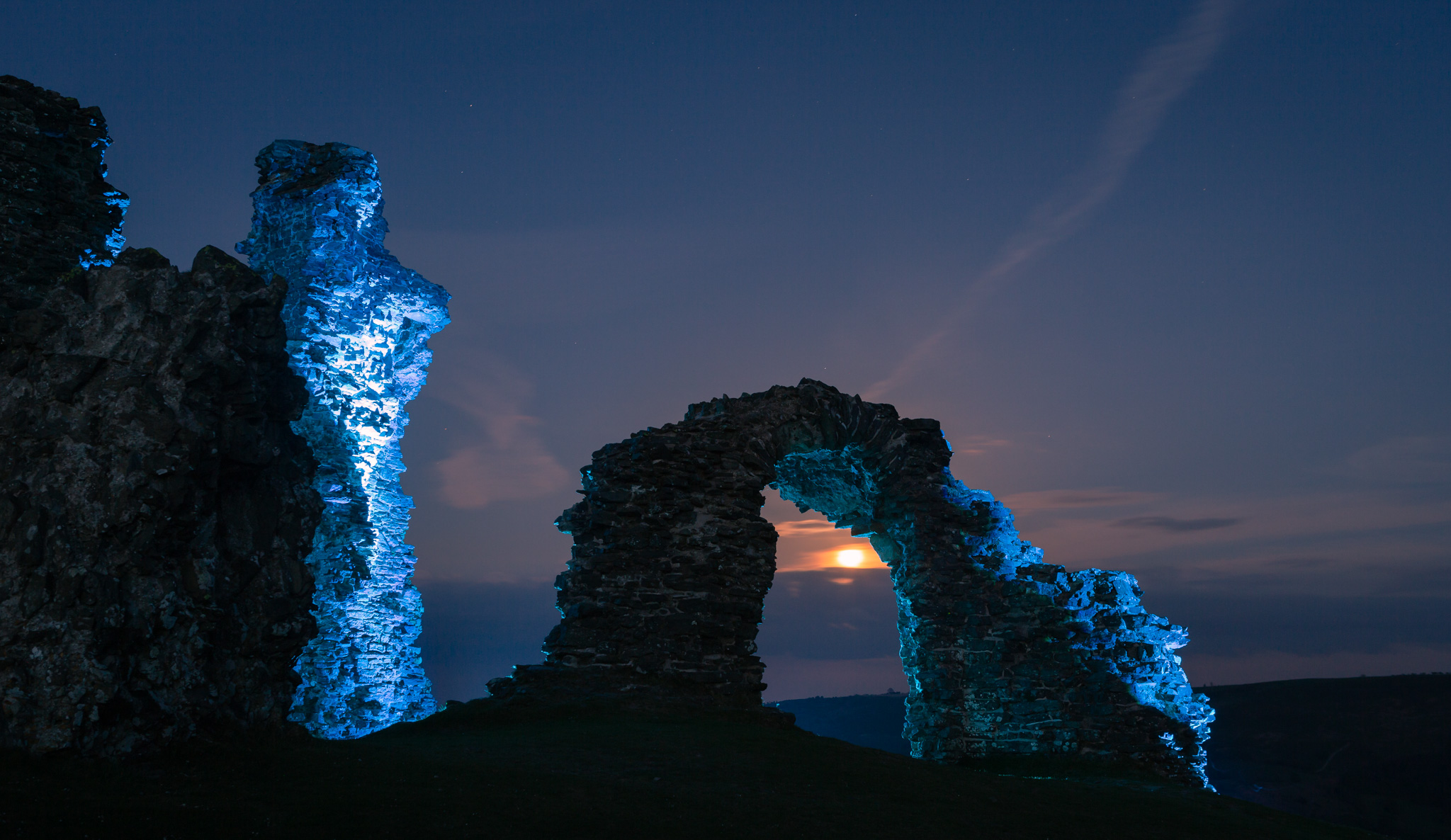 Perched atop a worn and rugged 321 meter high mudstone hill, the ruins of Castell Dinas Brân have inspired a sense of awe, and a more than a bit of storytelling, over the past nine centuries. There was, legend has it, a Norman knight who upon learning that no one was brave enough to remain overnight in the abandoned fortress, due to the ghost who inhabited it, vowed to do just that.

This courageous soul and his band of followers were attacked as they slept by Gogmagog, a mace-wielding giant. The knight managed to slay the intruder with his sword. As he lay dying, the vanquished brute told of a treasure buried nearby, but passed before revealing its location.

The mythical bootie was never to be found, but the ancient fort, built by a prince of Powys Fadog, continues to offer up a treasure-trove of mesmerizing images as its craggy ruins stand out in solitary relief against an often foggy Welsch sky. 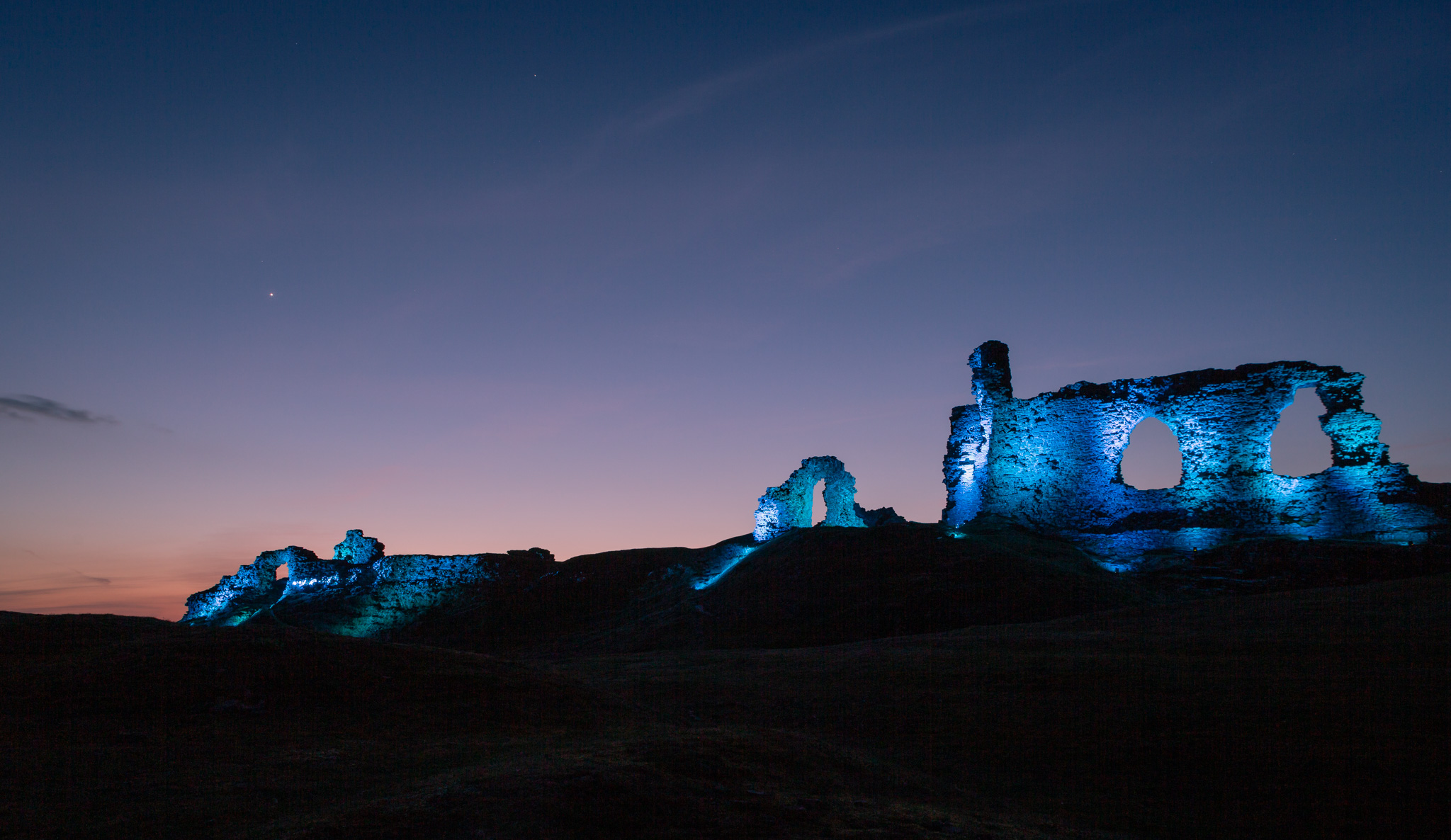 A defining symbol of local pride, for the townspeople of Llangollen below, the Castell Dinas Brân, took on a new role in 2020, reflecting the resilient spirit of this community, when Scott Cooper of ASG Audio Visual and a team of volunteers illuminated the evocative structure in a brilliant array of colors to honor NHS staff and key essential workers for their heroism during the COVID pandemic. Cooper, who grew up in Llangollen, talked to us about the special meaning lighting the castle had for him.

Since this is such a historic site, did you learn about it in school? If so what were your impressions of it then?
“I went to school here in Llangollen, where the castle looks over the town. We learned that the Castell Dinas Brân, which translates as ‘Crow’s Fortress,’ was built around 1260 and part of the heritage of this land.”

How did your impressions of Castell Dinas Brân change once you became an adult an lit the castle?
“Impressions of the castle did not change much until I started my audio visual company, I always wanted to light up the Castle but at the time technology had not progressed to be able to do it. There is no power up at the castle — and it’s extremely difficult to get power up there from a generator. When we bought the new battery powered lights we decided it was time to try and light it. Being small, high-powered, and IP rated, the lights were ideal for this project. So, it was great to be able to light such an iconic local landmark.”

What does the castle mean to the people in your community?
“Castell Dinas Bran means a lot to the local people. The way it is positioned and looks over the town. Once up at the castle the views are 360 around the whole of the Dee Valley. The Castle also holds so much history which you can see in the old ruins up there.”

When you light the castle do you have to be mindful of its history?
“Being that it’s a medieval castle, we had to be very mindful when we lit it. We firstly had to seek permission of the local council as well as the farmer who owns the surrounding land. Once we had the equipment up there we had to be careful that we did not damage any of the old ruins.”

How do the castle’s aesthetics influence your design?
“Due to the position of the castle and given that we had no power, we had a limited choice of equipment we could use. However, our uplighting really showed off the design and brick work of the Castle, the lights picked out the craggy walls and the shadows made it look even more impressive. It also helped that the weather was great on the day, it made the pictures really stand out.” 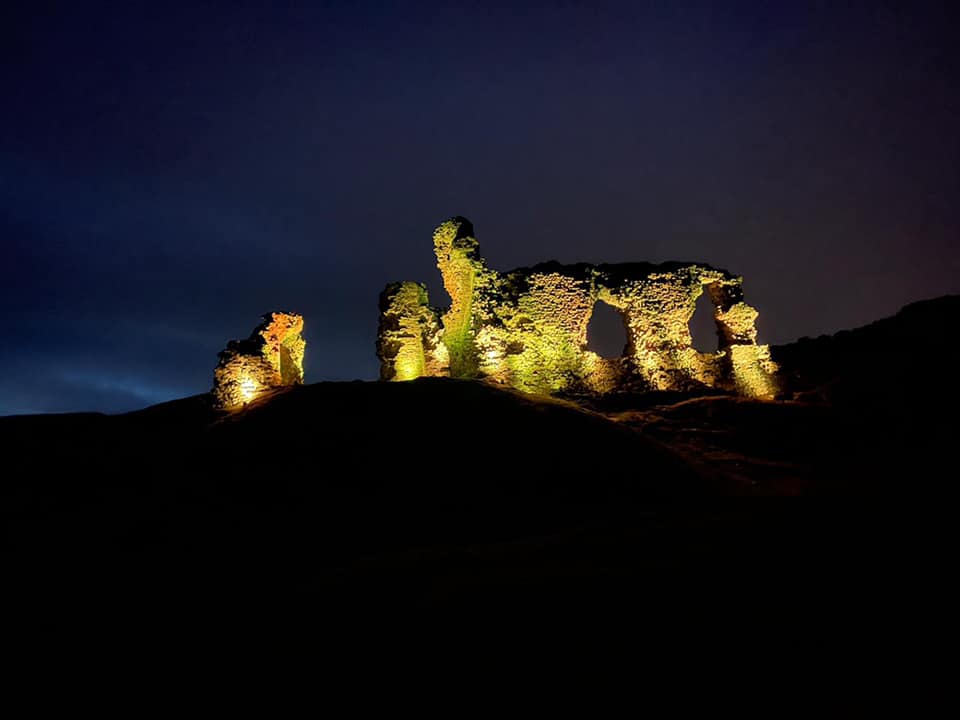 What is the biggest challenge about lighting the castle?
“There were a few different challenges to this project, as I have mentioned the main one was being limited to the lighting options due to the lack of power. Also the main challenge was that the castle was not accessible by any vehicle which meant carrying 18 fixtures up a very steep hill, which took us about 40 minutes to climb. We could feel our arms about to drop off by the end.”

What is the most common reaction visitors get when they see the castle for the first time?
“When people saw the Castle for the first time lit up they were awed. We did not advertise that it was going to happen as we did not want to attract crowds with the pandemic situation at the time. We did however get a few people who walked straight up to see it. With the way the Castle stand looking over the town the local community had a great view of it lit up. Also all the main roads down the valley had a great view.”

What do you think people can learn from seeing the castle?
“I think most of the community know the history of the Castle, but to be able to light it up to raise awareness for the great job the NHS and key workers were doing through the pandemic was a great honor. We did not get paid to do this, we volunteered our equipment and services and time to try and give a bit of joy back to the community that has been greatly impacted by the pandemic.” 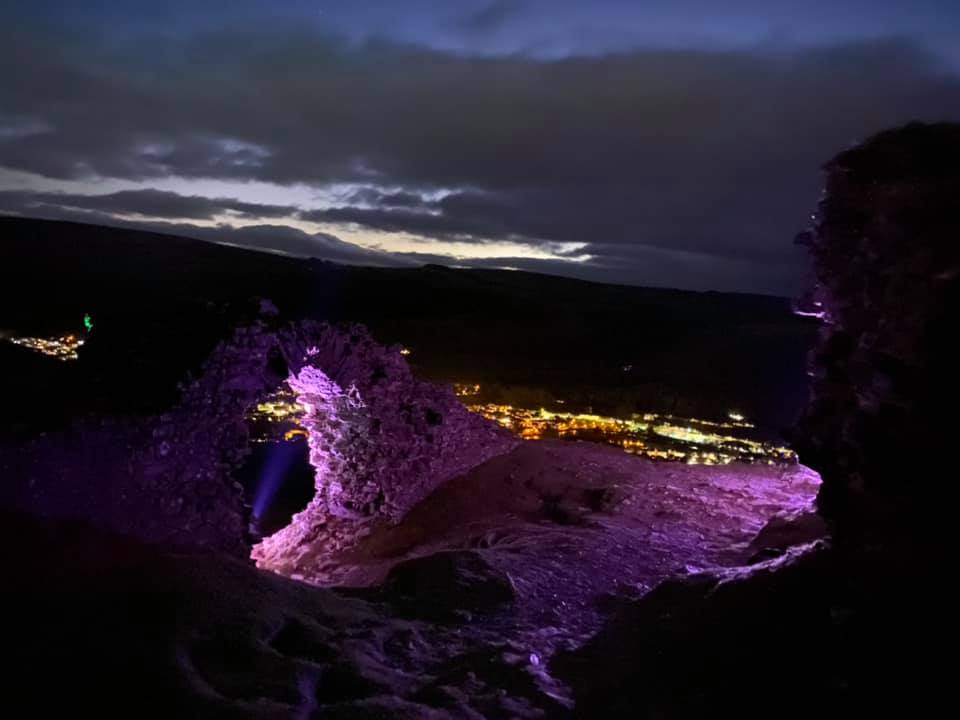