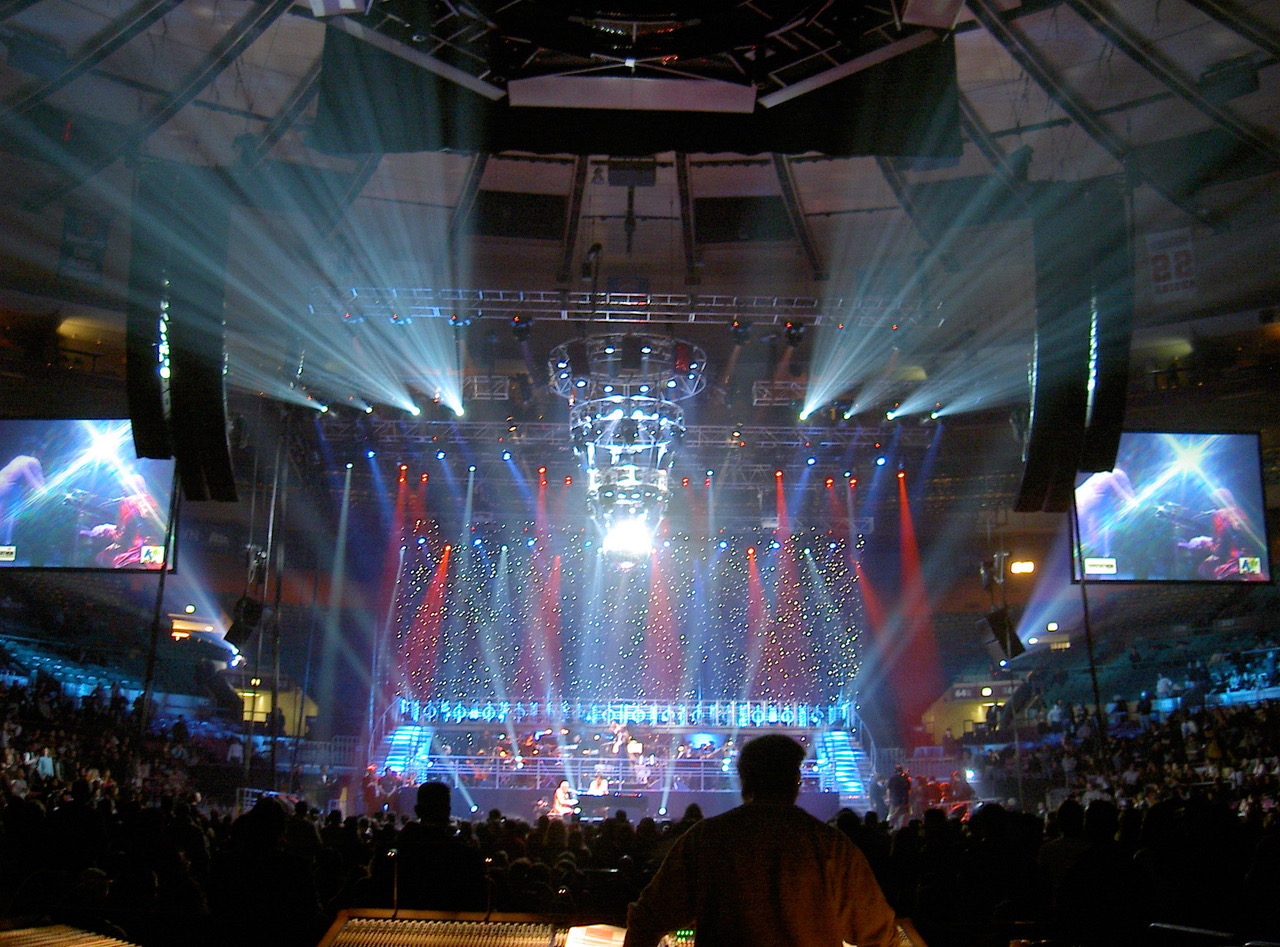 This Emmy-nominated designer has worked all over the world, but when ask about his most memorable venue, he doesn’t hesitate. Without question, Madison Square Garden is the place that has burnished itself most indelibly on his heart, mind and creative soul.

Part of the reason is personal. A native New York, he has memories of going to the circus there as a youngster. Years later, he would find himself much closer to the action at the famed arena, sports events and shows for superstars.

As he explains in this interview, “The Garden” has been more than a site of memorable shows. It’s also played a role in his development as a designer. That combination makes it a truly special place. 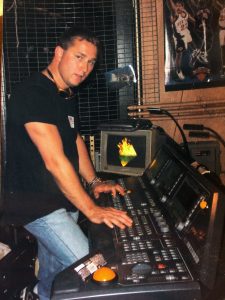 What is it about Madison Square Garden that makes it stand out for you?
“I have a special place in my heart for MSG that goes back to the first arena show I ever witnessed. At the tender age of six my class was taken on a school trip to see the Ringling Bros. Circus there and it marked a very memorable first of being in a room with 14,000 other people.

“Subsequently, I spent my younger adult years attending concerts there including the one that was influential enough to lead me to a career in entertainment design; Nine Inch Nails’ aptly named ‘Self Destruct Tour’ in 1994.

“After that first working show in ’98, I continued to work in MSG on various productions and eventually took on lighting design duties for its iconic sports franchises, NHL’s Rangers and the NBA’s Knicks. This ultimately lead to working closely with many members of MSG’s executives, support staff, and IBEW and IATSE union teams. Many of the relationships formed throughout that process still continue to this day and the political education that came from working with such a diverse group of people was invaluable.”

Can you tell us about your first working show in 1998?
“It happened just months after starting my freelance career that year. I was asked to program my first Z-100’s Jingle Ball event for LD Abigail Rosen Holmes. That production sparked a series of firsts; my first time working in MSG as well as the first of a very long-standing history of shows with both Abigail and the producers, Diversified Production Services whom I continue to work with to this day.” 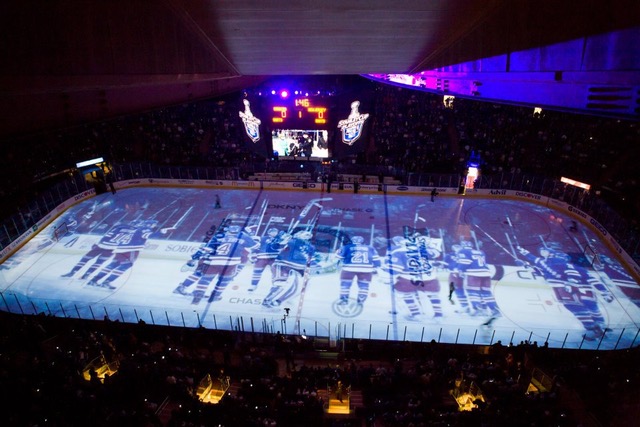 What was the first thing that came to your mind when you saw MSG for the first time?
“One of the first things that strikes you about the room is the famous architecture of its iconic ceiling. It is the only venue in the world with a concave ceiling and the entire thing is held together by 48 steel cables that all meet at the center, attaching to a single tension ring. The design and engineering of it all is a sight to behold.”

You have a long history with MSG. So, has working there influence your overall approach to design?
“The venue definitely influenced design choices throughout my career, many of which were directly a part of working in there. One of the most memorable shows of my career was “The Concert For New York City” which was held just a few weeks after the 9/11 attacks and was to honor New York’s first responders. 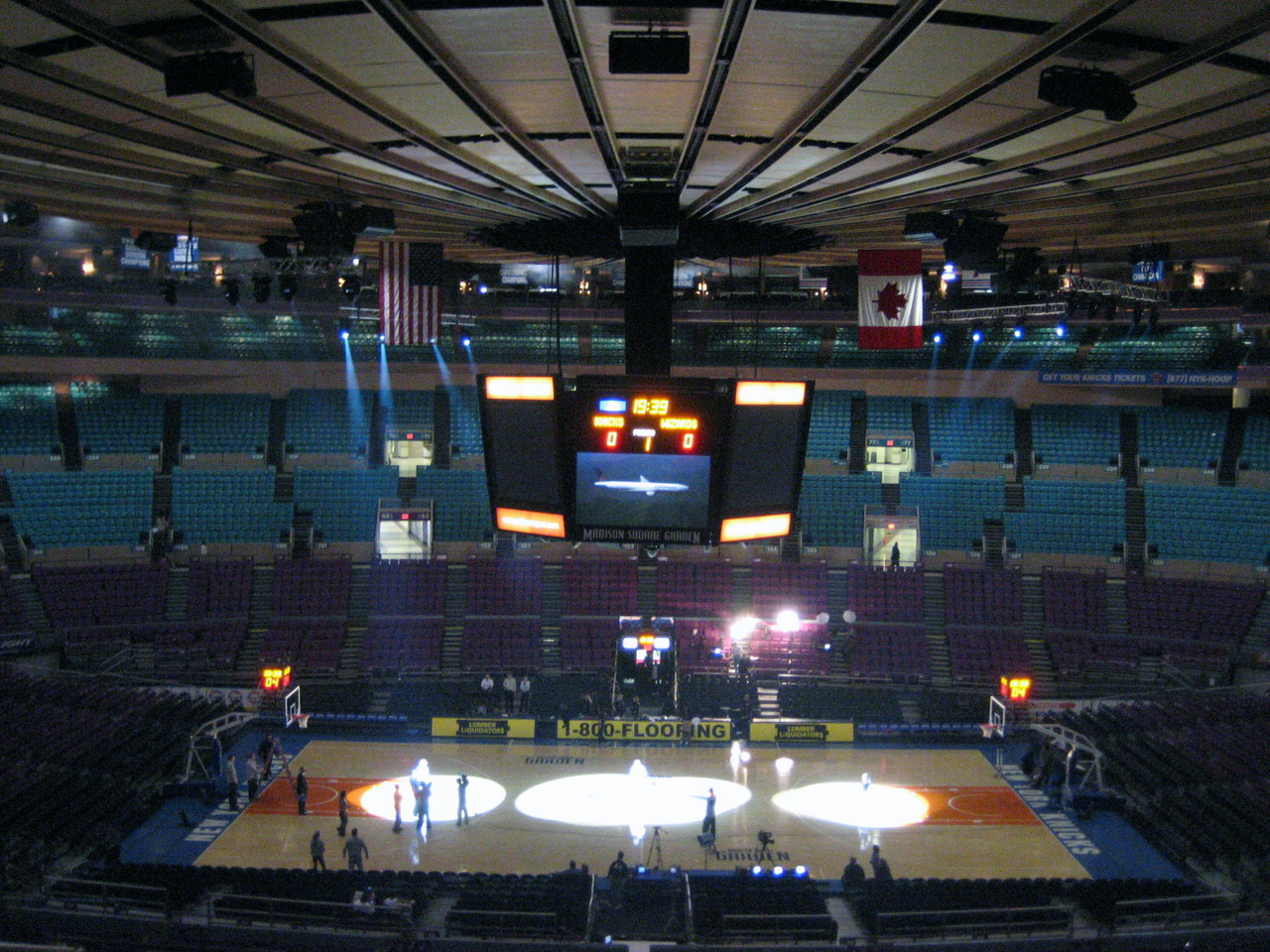 “I was programming for LD LeRoy Bennett. LeRoy is extremely collaborative and early in the process we were discussing some of the wide reverse camera shots. I had suggested that we utilize a group of powerful wash instruments placed on the floor around the FOH position for the express purpose of lighting up MSG’s iconic ceiling architecture.

“From a design standpoint that moment taught me the importance and opportunity of establishing an otherwise architecturally unmemorable location for the camera. In the end, those reverse shots of MSG’s interior filled with New York’s finest police, fire fighters, and EMTs helped solidify telling the visual story of that event. It taught me the importance of celebrating where an artist is performing and not just who is on the stage.”