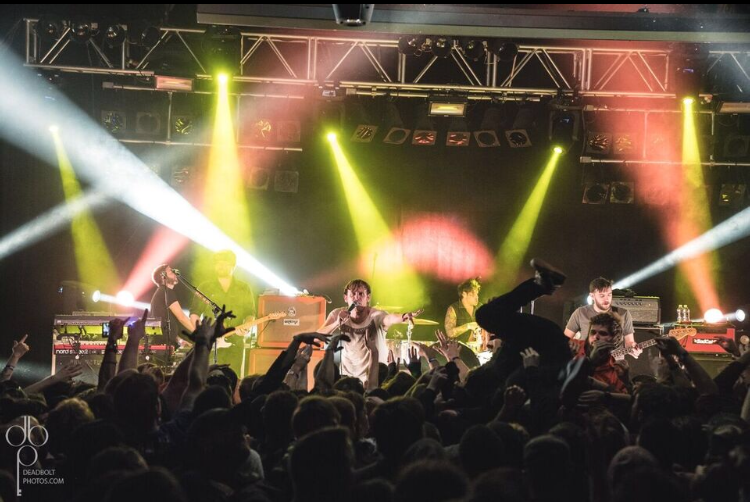 SAYREVILLE, NJ – Typically, when legendary bands reunite, it’s usually for a national tour, big festival or high- profile TV special, but post hardcore pioneers Thursday have never been about following the tried-and-true commercial track. When they got back together recently after a six year breakup, the New Jersey-born group, which is widely credited with putting emo music on the map, came back to the place where it all began – the Starland Ballroom in central New Jersey.

A revered part of New Jersey’s vibrant music scene (the founding members of Bon Jovi are said to have met here), the Starland Ballroom occupies a special place in Thursday’s history. It was here that they celebrated the success of their 2003 breakthrough album “War All The Time,” which reached No. 7 on the Billboard Top 100 Album charts.  For their homecoming reunion, the band wanted a lightshow that conveyed the deep emotional weight of the occasion, without distracting from their musical performance. This is precisely what Cody James of JDI Productions delivered with help from CHAUVET Professional’s Rogue series fixtures.

“The band spent some time talking to us about the emotional aspect of the two shows they would be doing at the Starland Ballroom,” said James. “This was the first time in six years that they would be performing at their hometown, where there were so many memories.  They didn’t want the lights to distract from the show, but they wanted to reflect the emotions involved in this reunion.”

With this in mind, James designed a rig that kept the stage clear of actual fixtures, relying instead on back lighting and side lighting to accent the performers on stage. “We had it so everything came from behind them or far off stage left and stage right,” he said. “This left the band plenty of room to perform without the lights being distracting or taking away from what they do.” 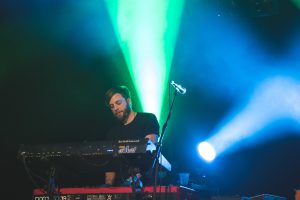 James selected eight Rogue RH1 Hybrid and six Rogue R2 Wash fixtures for this task. He arranged four RH1 and  four R2 fixtures on cases at just about cab height and positioned them in a line upstage  He also hung two RH1 fixtures on 2’ truss towers positioned on either side of the downstage deck and had one R2 Wash positioned on the floor downstage right and downstage left.

“The RH1 Hybrids gave me a lot of different interesting looks without taking away from the artists’ performance,” he said. “The speed of these fixtures also kept up with the music. I used a lot of their custom color effects and went from beam to wash zoom very smoothly, so it looked like I had twice as many lights. I add the R2s to my rig mainly for the color saturation, which gave us emotional depth.”

Weaving the needle between being emotionally intense but not distractive with a lightshow is always a challenge. It was one that James met with flying colors. “Josh Mihlek, who was my Production Manager for these shows, helped me navigate the waters of both nights, so we could pull them off without a hitch,” said the LD. “The entire JDI team was also helpful in more ways than I can say.”

This accomplishment was even more remarkable, because Thursday’s two shows at the Starland Ballroom were completely different. True to their tradition of following their own creative path, the band departed from the standard practice of performing two identical (or very similar) shows. The set list for night one was pure deep and dark emo music loaded with overtones. On night two, the band went on a more light and airy upbeat course.

James’ lightshow kept pace reflecting the different moods by changing colors, gobos, beam angles and speed on his Rogue fixtures.  He relied on wide bright beams with a lot of purples and yellows, plus a heavy dosage of audience lighting, for the emo concert, then went with soft colors and more uplighting for the second night.

“We had only 40 minutes to prepare for the different set lists, so that was a challenge” said James. The reunited band’s fans had more time to expect something special. Months ahead of their reunion, Thursday put out an Instagram post that read, “”NJ-you won’t believe the homecoming we have planned. The lineup and SETLIST are going to be insane.” So too was the lightshow, thanks to Cody James’ adroit use of some versatile fixtures. 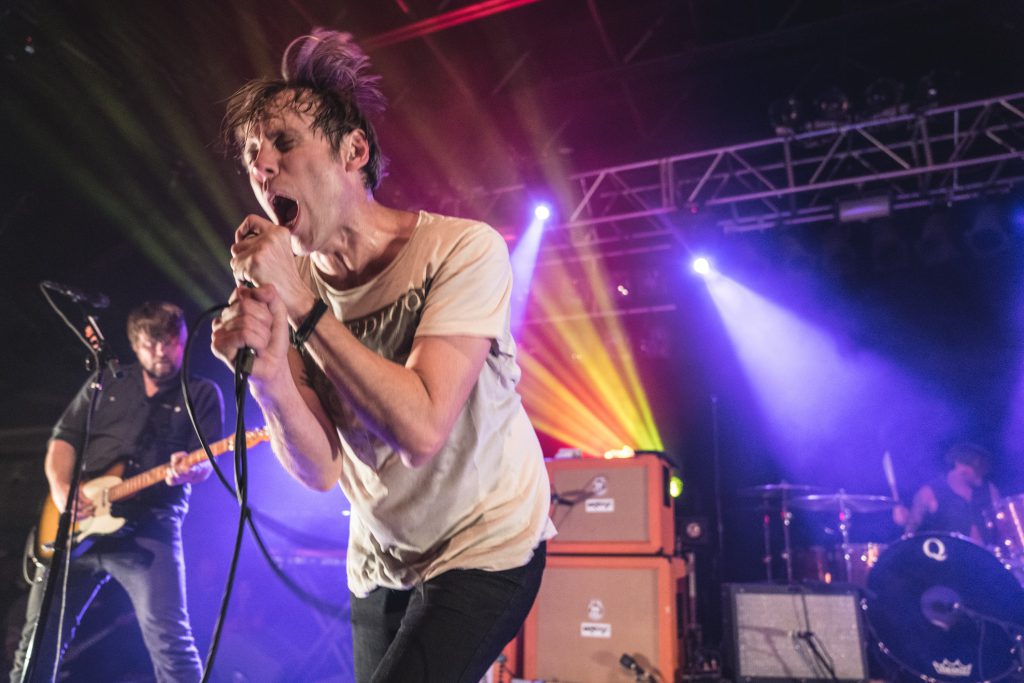