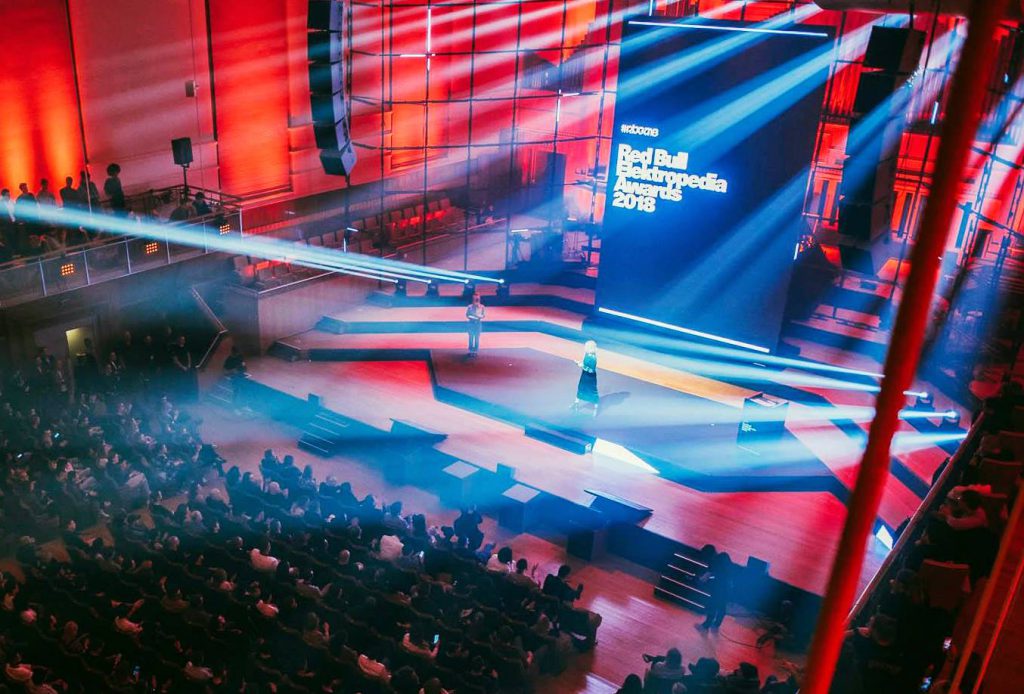 BRUSSELS – The massive art deco building bordering the Ixelles Ponds at the edge of the iconic Place Flagey Square has been at the heart of Belgium’s rich musical and cultural history since it opened in the 1930s. It was within this structure’s ocher yellow sandstone walls that the country’s national broadcast service, BRT, was born.

Originally called Maison de la Radio, but now known simply as the Flagey, the building provided a perfect setting for the 2018 edition of the Red Bull Elektropedia Awards, an all-Belgium annual event honoring rising stars and outstanding achievements in the country’s burgeoning music scene. Thomas Boets created a lighting design for the popular event that paid homage to its 2018 venue, while still reflecting the contemporary artistry of its honorees. Helping him in this endeavor were 380 pixel-mapped ÉPIX Strip IP fixtures from CHAUVET Professional, supplied by L&L Stage Service.

“The Flagey is iconic, and our show took place in the building’s Studio 4 (home of the renowned Brussels Philharmonic), which gave us a very special setting to work in,” said Boets of Light Design Productions.

A dramatic part of that setting is the massive organ on the back wall. Boets wanted to accentuate this legendary scenic element, yet at the same time endow the stage with a techy digital vibe to reflect the flavor of the event. To do this he placed a portrait LED wall along the back of the stage, along with a curved LED raster with the ÉPIX Strip IP fixtures. He also accented the stairs with LED lighting.

“Studio 4 is a very classic room, so we wanted to integrate its features as much as possible into our design,” said Boets. “At the same time, we also wanted the event to look very high tech. This is why we chose to have the raster and the ÉPIX Strips work together to create a very futuristic look. We also lit the bombastic organ at the back of the stage to coordinate with the ÉPIX Strips and the central portrait LED wall. This gave our stage greater depth and created a unique dimension.”

Displaying vividly colored video images that moved fluidly throughout their matrix, the one meter long ÉPIX Strip IP fixtures gave the area behind the stage the look and feel of a digitalized machine or sci-fi space craft. To reflect different moments in the awards ceremonies and keep his looks interesting throughout the evening, Boets had the ÉPIX Strip IP fixtures go on and off to create different configurations of light and darkness. At times he even had the strip units turned off entirely.

“The whole show is on a timeline and controlled via Art-Net from our console,” he said. “The award show also follows a fixed order of presentation/ announcing the award presenter / announcing the category / announcing the winner / speech winner. For each component, there was also a specific animation on the ÉPIX units. Sometimes, it was necessary to not use the strips in the show, so we could focus all the attention from the audience on the speakers. We chose to use black face filters in front of the strips. This way, when the strips weren’t on, they disappeared completely in the underlying support frames.

“We viewed the strips as part of the complete video installation,” continued Boets. “They displayed both animation and recognizable figures.” With the 380 ÉPIX Strip IP fixtures placed horizontally and vertically, Boets found it more efficient to assign each one its own universe. This brought the total number of universes in his show to over 400 when other light fixtures are included.

“We all worked together to create something special,” said Boets. “Because the whole room already had a fantastic look and feel, we chose not to add extra decor, but to create a technical setup. This is why we chose to work out a whole grid using the strips. The room makes a powerful statement, and our lighting gave that statement a direction that reflected well on the event.” 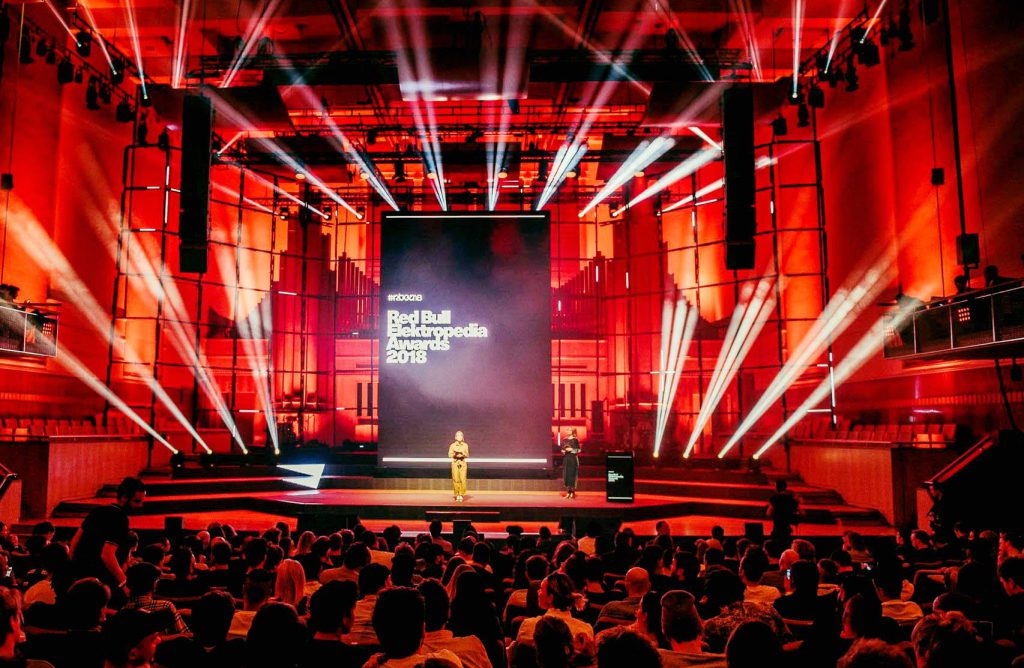