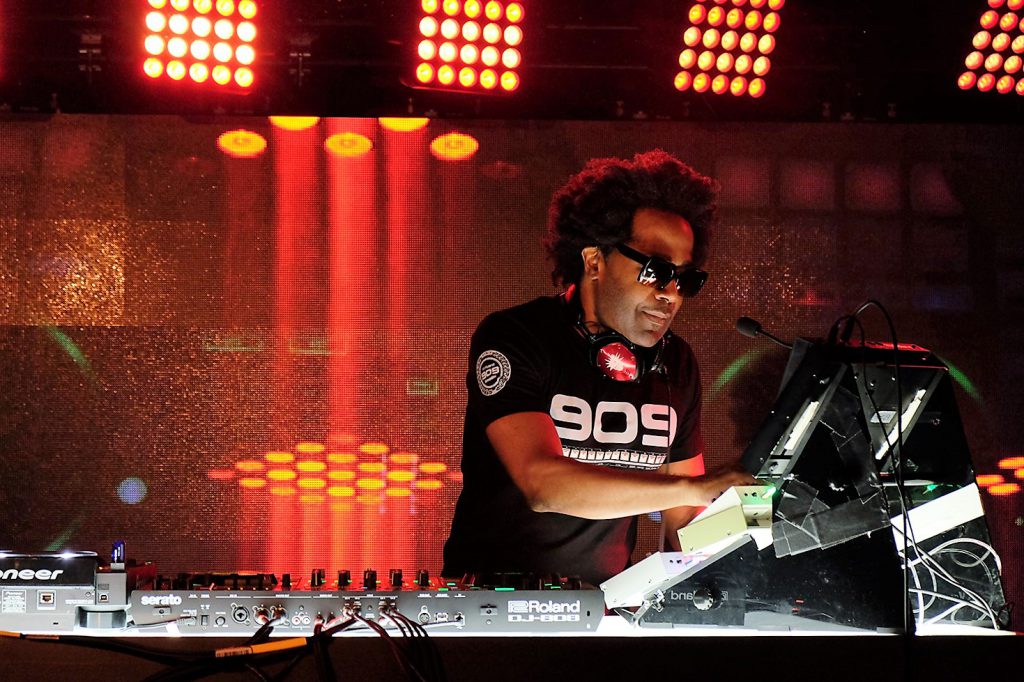 Not long ago, broadcast concerts were the exclusive province of large television networks, but technology, as we all know, has a way of changing everything – and making it more democratic. To wit, the rise of the small concert broadcast studio. Virtually unheard of a few years ago, these pint-sized performance platforms have been popping up everywhere, from the basements of radio stations to the home offices of global businesses, beaming out every genre of live music in podcasts, live streams, YouTube presentations and other media.

The growth of the live music studio has opened yet another outlet for lighting designers to apply their artistry. Few have done so as often or as adroitly as Justin Preston of Three-Phase Productions in Los Angeles. Preston came to our attention recently through his work for Roland Corp. on that company’s 909 Day Celebration and at the Roland Sessions, small studio Internet concerts that have featured stars like The Neighbourhood, starRo, Moon, The Heirs, Dollface, Wren, Dessy Di Lauro and others.

In addition to his work for Roland, Preston has designed lighting rigs for online concerts at the Red Bull Studio and the Sirius XM Studio at the Affliction Clothing Headquarters in Seal Beach, CA. He took a break from his busy schedule to share some insights into small studio lighting.

Are you finding there’s a growing demand for lighting studios to make them able to create good visuals when videoing musical performances?
“The demand for concert level lighting in small recording studios and small, non-purpose built sound stages, and radio studios has risen dramatically. Rigs take a lot less power than in the past and you can get more bang for your buck, so it is much easier to create a high production value lighting rig. In addition, as digital content has grown, so has the number of shoots going on in small studios. The demand for this content was probably non-existent prior to YouTube, and it has only grown since.” 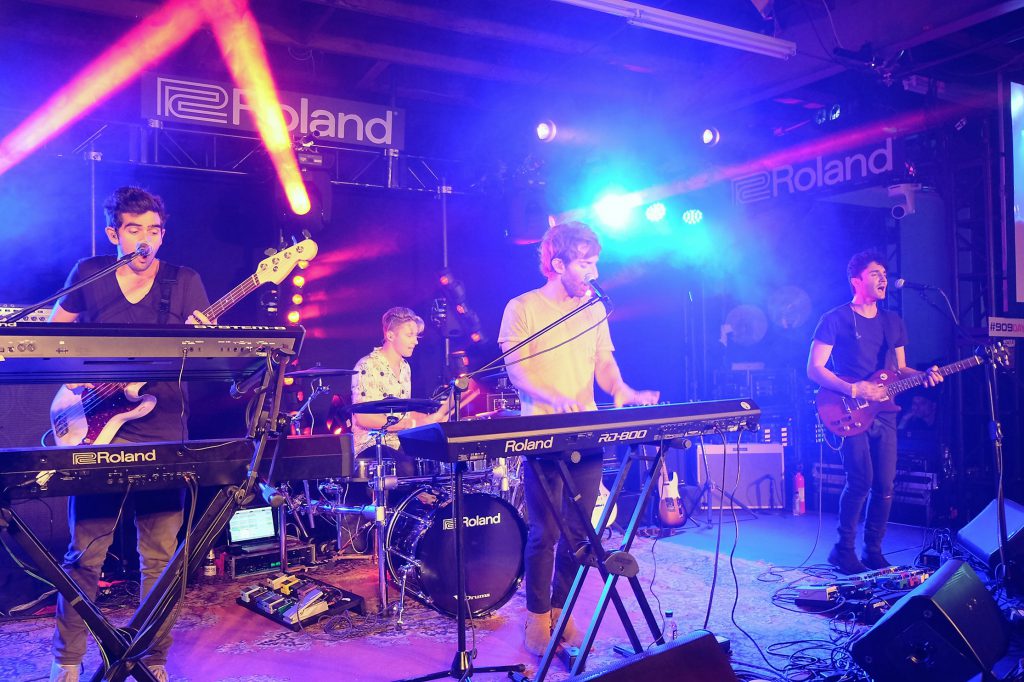 In projects like the Roland Sessions, it seems like you have very little space in the studio, yet you’re able to create a concert=like feel. How do you overcome this relative lack of space, yet still manage to create such dynamic looks?
“I think scale is a key issue that should be looked at early on. In the case of the Roland studio, the trim height is low. We often use a black background, which in combination with small fixtures high up, makes it look really big on camera. I tend to use a lot of backlight, as I do not want fixtures, or rigging for fixtures, to interfere with the artists and it helps create a concert feel. That being said, whatever is behind the artists needs to be high up or flexible or there could be a lot of backline in the way. For the Red Bull Studio which is very tall but narrow, we light their beautiful wood back wall as a cyc for most performances. It accentuates the height of the room and provides a great backdrop for close ups.”

Aside from the set in a video recording studio being a lot smaller than a concert or festival stage, what are the other differences that pop out between lighting something like the Roland Sessions vs. a concert?
“There are questions that you have to ask when you light a small recording studio. For starters, Can you haze? A lot of times haze isn’t an option. This is when you really need to focus on wash fixtures or eye candy instead of beams. You should also ask if they will be cutting multiple takes together. Continuity concerns can influence the way you run a show.

“You also have to look at how much power is available to you. For the smaller studios, you should expect less than 100a of power. Another concern is flickering. You should only use lights that you know will not flicker on camera. Then look at the background. At a live show the audience can see all of the lighting, but on camera they may be sitting in a close up, so if there is nothing behind the artist it can be pretty dull.”

Building on what you just said, obviously you have to be more careful about choosing what goes into your rig when lighting a small studio. So, are there certain types of looks (or fixtures) that although you might like them, you won’t consider for studio projects, because the scale is not big enough?
“Fixture choice is key for these types of projects. Size, power draw, time to set up, and time to program are all important factors. If you cannot use haze, then beams are not the best idea. I also don’t tend to use moving heads larger than a Rogue R2 Wash.” 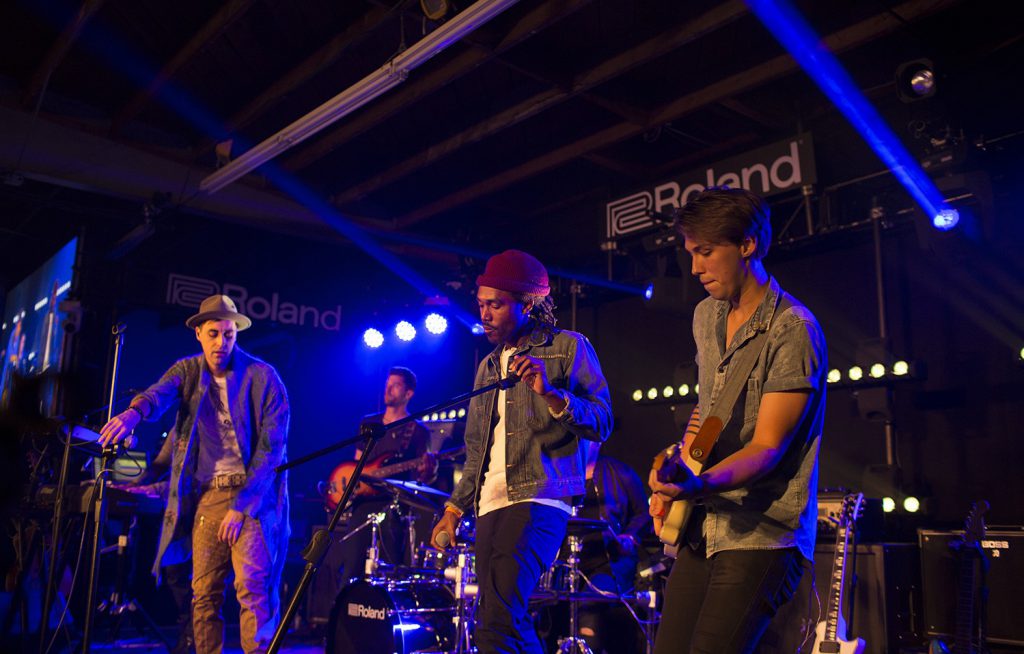 Along the same lines, do you look for fixtures that do multiple things?
“Absolutely. Movers that can provide a wash, but then zoom tight and create more of a beam are great. Also, fixtures like the Nexus 4×4 that wash the artists while also providing eye candy are really well-suited for studio use.”

Although you’re lighting to capture the music in this type of project, it is still broadcast lighting, so you have to make sure your key lighting is still right. How do you keep your eye candy light from interfering with your key light?
“I prefer to use ellipsoidals for front light, so I can shutter away any spill, or pars for smaller spaces. I tend to frost the key light pretty heavily so it is not too harsh and you don’t see the shutter cuts.”

Are you more prone to avoid moving fixtures in this type of studio project and go with pixel mapped set pieces for movement?
“I tend to always try and use both. Unless the style of music really doesn’t call for it, I like to use movers or it just doesn’t feel like a concert to me. Most of the time I also want some sort of eye candy behind the artist as well.”

What are the biggest challenges in lighting something like the Roland Sessions?
“Time is the first – I usually get a set list and stage plot a few days prior to the shoot. I then try and create a cue sheet and a list of presets and subs I need to build. Most songs get 3-5 presets, copied to maybe 15 cues max and then I build some subs as well for busking. Often I set up at 9am, start programming at 10:00am, sound check at 11:00am, shoot 1:30pm-4:30pm, strike 4:30pm-5:30pm. Another challenge is keeping it fresh. So far we have been pretty good about changing up the looks for each act, but I do wonder how long that will last!”

Does working on video studio lighting projects teach you any lessons that you use in other types of projects?
“While a smaller production like this may seem simple, there is often no load-in day and programming day, and time to go back to the shop when something changes. Everything has to happen in 9 hours, and it needs to be flexible, efficient, and look great. So, yes it teaches you a lot of valuable lessons.” 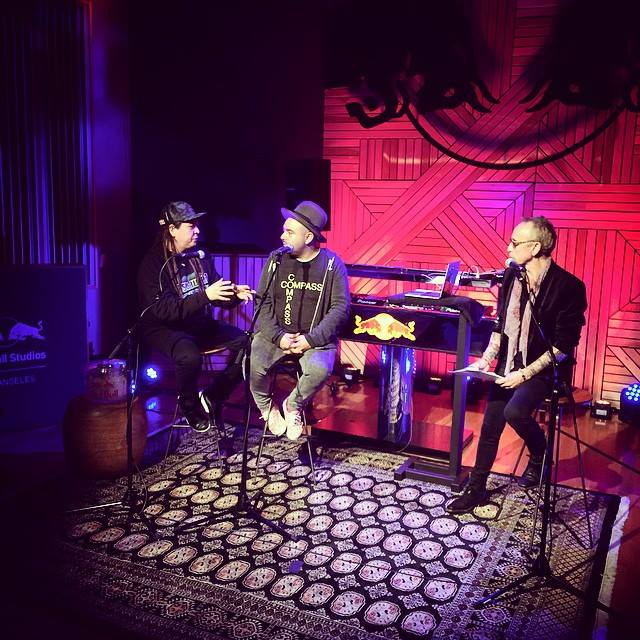