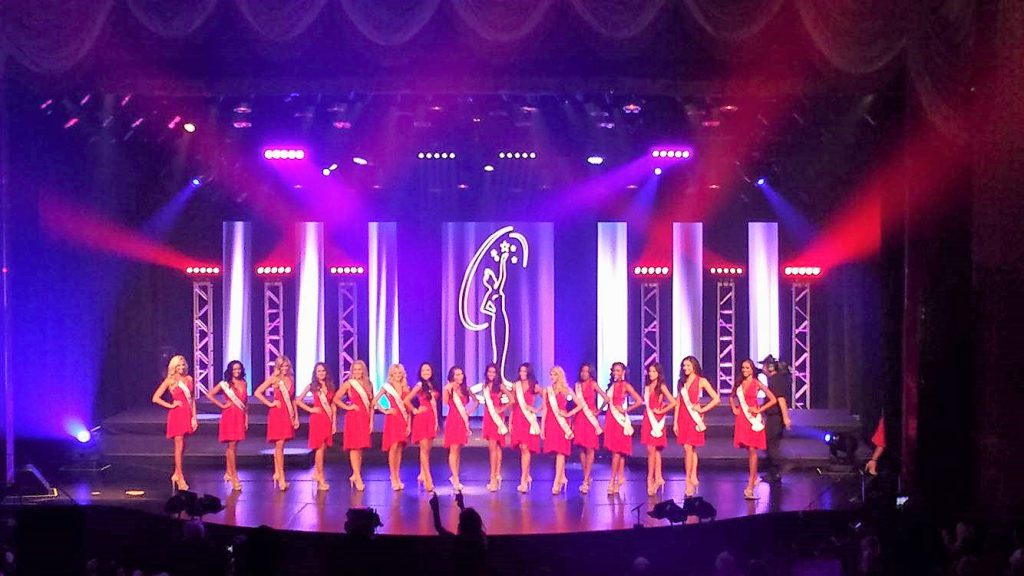 FORT LAUDERDALE, FL – Beauty is big business in Florida, a state that follows pageants with a level of interest that is unmatched in all but a few places in the US. This year’s edition of the Miss Florida pageant generated over $1 million for host city Fort Lauderdale.

Recognizing the significance of the event, Abbas Ritscher of cross rental house The Design Oasis and lighting designer Charles Brennan wanted to create new and extra dynamic looks for the 2017 Miss Florida Pageant, which drew a sold-out crowd to the 1,167-seat Parker Playhouse. At the same time, they had to be mindful of budget and the relatively small size of the stage where the televised pageant took place. Taken together, these factors led to the selection of the Rogue R1 FX-B as a central fixture in their rig.

“We had ten of the Rogue R1 FX-B fixtures in the rig, but to look at the lightshow, you would have thought there were many, many more,” said Ritscher. “Each of the Rogue fixtures has five moving heads, which we were able to control independently. They also have very fast and dramatic pan and tilt movements. So Charles was able to do some very big sweeps and a lot of crossing patterns. The end result was the lightshow created a very big and dramatic impression that highlighted the glamour and significance of the Miss Florida pageant.”

Brennan arranged six of the Rogue R1 FX-B fixtures on truss totems that ran across the back of the stage on the top tier of a three step riser. The other four Rogue fixtures were flown over the center of the curved stage deck. Sweeping beams of light across the stage horizontally one moment and then creating undulating vertical patterns the next, the six Rogues on the totems added impact to the pageant’s performances. The four units on the overhead truss provided aerial effects and audience lighting.

In between the totem-mounted Rogue R1 FX-B fixtures were tower strips made of CHAUVET Professional PVP S5 5.2 millimeter pixel pitch video tiles. A larger center video wall that was also made with the PVP tiles anchored the mid stage area. Programmer John Hollingshead coordinated content across all of the strips and center panel n sync with the lightshow. The pageant’s iconic logo remained on the center wall to create a sense of continuity, but it was often surrounded on that wall by patterns identical to those displayed on the six video strips.

“We used about 70 tiles to create the video wall and strips,” said Ritscher. “Our video content was mostly stock, but modified to create custom looks. John created a very fast video display with a lot of sudden color shifts and changes in direction of the patterns. This was really necessary to keep up with the Rogues. We didn’t have the biggest rig in the world out there, but the movement we got out of it created a very big impression.”