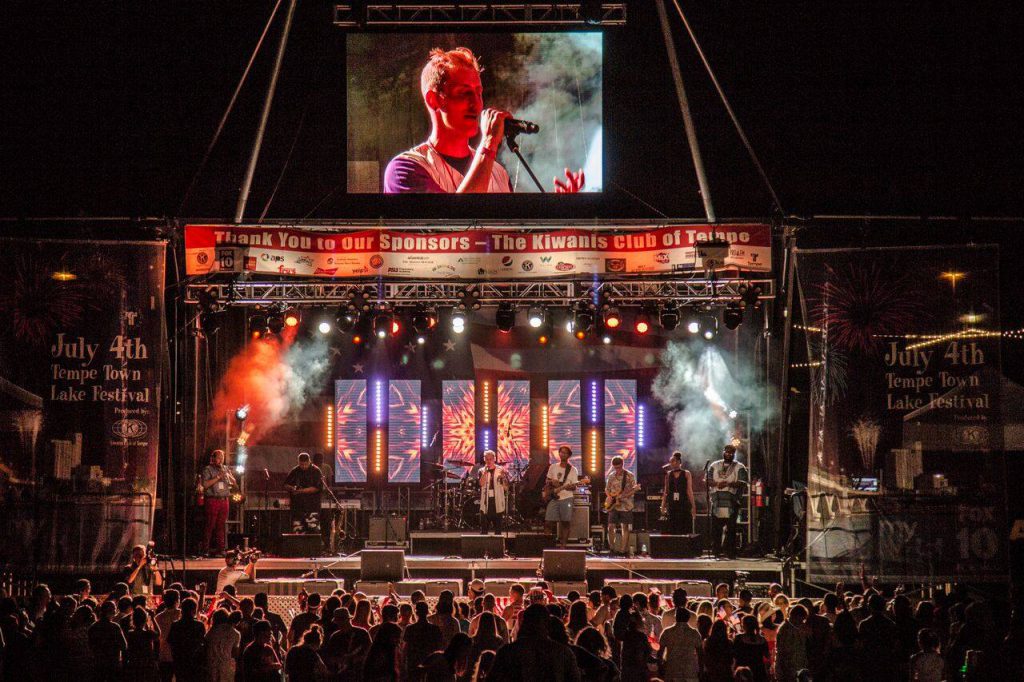 TEMPE, AZ – On the eve of the “first” Fourth of July in 1776, John Adams wrote to his wife that he hoped the day would “be commemorated with illuminations forever more.” Fast forward 241 years, and the good citizens of Tempe, Arizona, (along with the rest of the US) have taken the second president’s words to heart.

Over 55,000 people came out for the city’s Town Lake Festival this Independence Day to marvel at a 35-minute choreographed pyrotechnics display created with 12,000 fireworks. However, for more than four hours before the first fuse was lit, these Fourth of July celebrants took in other exciting visuals on the festival’s entertainment stage, courtesy of a John Garberson-designed lightshow, anchored by a collection of CHAUVET Professional fixtures supplied by Creative BackStage.

Garberson’s lightshow, which was programmed by Matthew Berg, may not have flown as high as the pyrotechnics that followed, but unlike those fireworks, which soared into a dark sky, they had to stand out against a searing Arizona summer sun. They were able to accomplish this feat, according to the LD, because of their intense output. 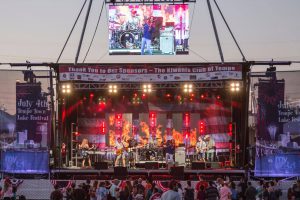 “Maverick MK2 Spots and Rogue R2 Washes dominated our rig, and both put out bright vivid colors, so we could support the artists on stage with some engaging looks even in the sunlight,” said Garberson. “We also had STRIKE 4s running across downstage truss. They were so intense, they had no trouble making a bold statement even when the sun was out.”

Garberson flew five STRIKE 4 units, along with eight Rogue R2 fixtures, on his downstage truss. “The warm glow from the STRIKEs played off well against the saturated colors from the Rogues,” he said. “It made a statement that helped the stage stand out even with the sunlight and all of the surrounding activities.”

On the mid-stage truss, Garberson flew eight additional Rogue R2 Washes, along with four Maverick MK2 Spots. He used a variety of features in these fixtures,  such as the spot’s gobo capabilities, to create a succession of changing looks to reflect the  diverse mix of performers (ranging from patriotic and country, to soul and rock) that appeared on stage.

To backwash the performers, Garberson flew the same eight-Rogue R2 Wash and four-Maverick MK2 Spot configuration on his upstage truss. These fixtures were also used to down wash the giant American flag that ran across the back of the Stageline 260 stage, along with a succession of vertically-oriented video panels.

“In the past we worked with a self-climbing roof system, but it’s too hot here in July, so we talked the organizers into using the Stageline,” said Garberson. “Of course, this year was especially hot. It was 109 degrees, so our artists were grateful that the Chauvet LED fixtures didn’t add to the heat on stage.”

Now in his 17th year of lighting the Fourth of July festival, Garberson has learned some important lessons. “People come here to see fireworks, so this is a visually-oriented event,” he said. “We’re held to high standards here, so even though our stage isn’t the star of the festival, we want to create some colorful looks that make people say, ‘Wow!’” 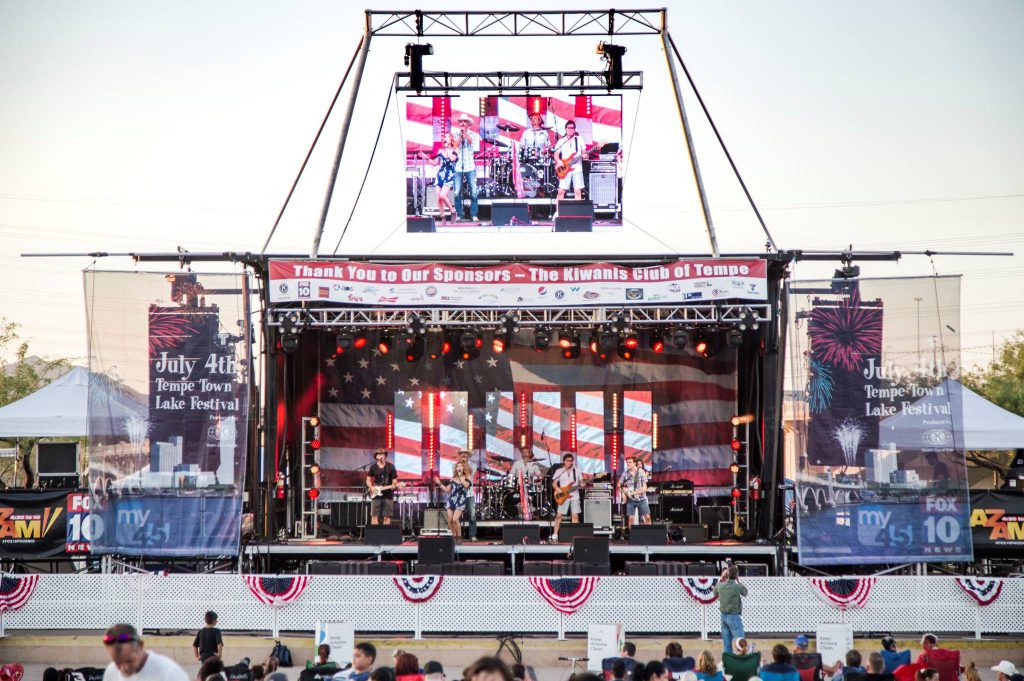