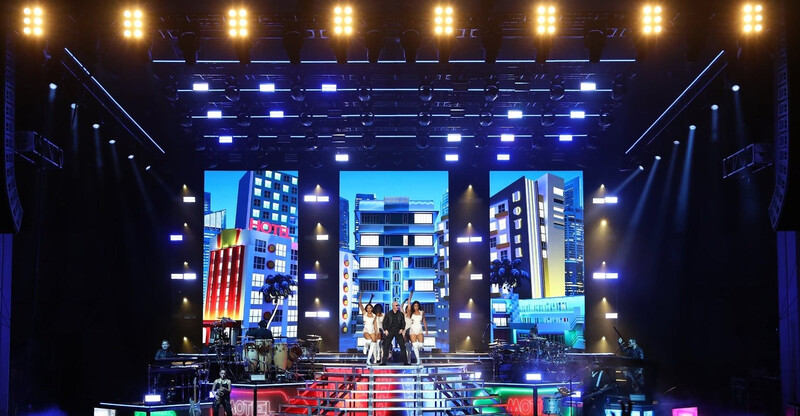 In the “About” section of its Facebook page, YC3 Lighting Design has a single declarative sentence: Being ecologically aware and cost-efficient has become an integral part of good design.

A noble-sounding phrase? Sure, but for this innovative family-run design firm, it’s also a deeply held belief that shapes its way of doing business. An example of this commitment can be seen in YC3’s choice off fixtures for Pit Bull’s current 32-city I Feel Good tour.

Engaging the audience with a warm white tungsten-like glow at every stop on the tour are 24 STRIKE Array fixtures. Supplied by Miami-based LPS Production, these fixtures are evenly divided between STRIKE Array 4 and STRIKE Array 2 models. 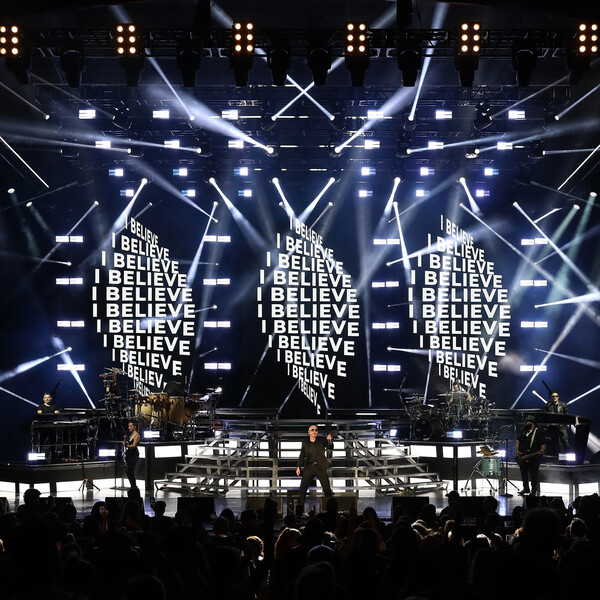 There are many reasons why the 24 IP65-rated LED blinders were selected for the touring rig notes YC3 designer Yamil Charif, but high on the list is their eco-friendly footprint. “The low power consumption of the Arrays is very important Sto us,” he said. “They average one amp per fixture at 120v, which is impressive given their performance. To us, it shows that the industry is moving in the right direction when it comes to environmental awareness.”

Of course, fans aren’t flocking to the tour’s shows to see eco-friendly technology in action, they’re looking to experience the engaging emotional power of a Pitbull performance. Yamil and his father Daniel Charif, along with brothers Elian and Khalil, as well as programmer Tomas Villanueva and video director Santiago Sharry, are supporting this mood with immersive visuals.

Contributing to this ambiance is the smooth dimming of the STRIKE Array fixtures. “We are combining one STRIKE Array 4 unit with a STRIKE Array 2 to create a six lamp effect across the downstage truss,” said Yamil. “This allows us to bathe the audience in nice warm, white light. It also makes the crowd visible to Pitbull, which strengthens their connection. Then when we dim these fixtures the effect is quite dramatic. Their dimming is excellent. They don’t flicker even at one or two percent intensity and the curve is not too aggressive.” 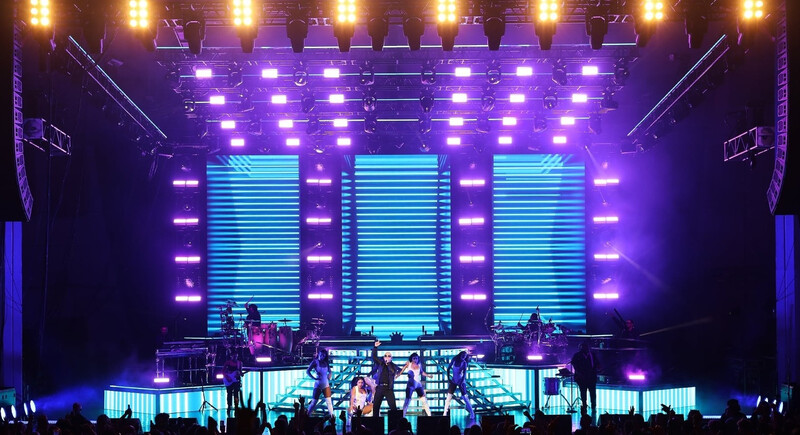 The open design of the stage with its series of tiered, transparent risers and three video walls adds to the captivating quality of the show by pulling attention to its center.

“We were looking to make the stage look as open and clean possible but at the same time have all the risers that the artist and the band are used to,” said Yamil. “The idea of making see-through stairs came from Victor Martinez our production manager — and we took it from there. Gustavo Perez Lindo a good friend of mine and very talented person, helped me put together the drafting and All Access created it. Programmer Rafael Imitola put the finishing touches on it before we left Miami, so we were all set.”

The collective efforts of the design team created an abundance of memorable looks. For Yamil, a visual high point occurs during the song “Time Of Our Lives,” when the video wall (created in collaboration with Kyo Production Design) shows a vivid 3D rendition of a “cryptex” spinning as it forms positive written messages.

“With everything the world has gone through this messaging is uplifting,” said Yamil, noting that it “inspires hope in the future.”
Such hope can also be taken from YC3’s eco-friendly design philosophy, which in the case of this tour, not only reduces power consumption, but also generates some positive energy of another kind on stage.