GIBRALTAR – More than 15,000 years ago, Neolithic visitors braved the harsh unforgiving interior of what is now known as St. Michael’s Cave to draw charcoal images of an ibex on its limestone walls. Though they left no record of their endeavor, it’s easy for Full Production’s Steve Richardson to imagine the hardship, determination, and pride surrounding their creation.

For the past two years, Richardson has been on a journey of his own inside the 60-meter-deep cave perched high on Gibraltar’s Upper Rock Reserve, leading a crew from Full Production tasked with designing, installing, and programming the lighting for “The Awakening,” an immersive show inside St. Michael’s created by Christian Wright and the team at Pixel Artworks.

Asked to describe the site, Richardson said: “Where to start? It is a massive cave, in a rock, in Gibraltar. It is damp, humid, hot, and massively acidic. It is pretty much the worst place to be installing lights. However, that said, the cave is also the hero. Nothing compares to its natural rock formations. There are stalactites in the millions there, ranging from small 300 to 900mm outcrops to large 12 to 30m structures. The cave and its history were the heroes – they were the two defining criteria in the design of this show.”

Accompanying Richardson and his team on their odyssey was a collection of CHAUVET Professional IP fixtures that, like the crew using them, could withstand the punishing demands made by the cave, whilst still delivering a performance that could accentuate and enhance its majestic beauty.

“The criteria we set were pretty tough,” said Richardson. “Our fixtures had to be very durable in an extremely harsh environment, as well as very flexible in terms of color palette.”

Meeting these exacting standards were the Ovation E-910FC IP ellipsoidal and COLORado Solo 2 Wash, which offered the added benefit of a wide zoom range. A total of 35 of the RGBAL ellipsoidals (20 outfitted with 19ﹾ lens tubes and 15 with 26ﹾ ones) and 40 of the par units (all with 7.5-inch barn doors) are used at the attraction, which opened in March 2021. 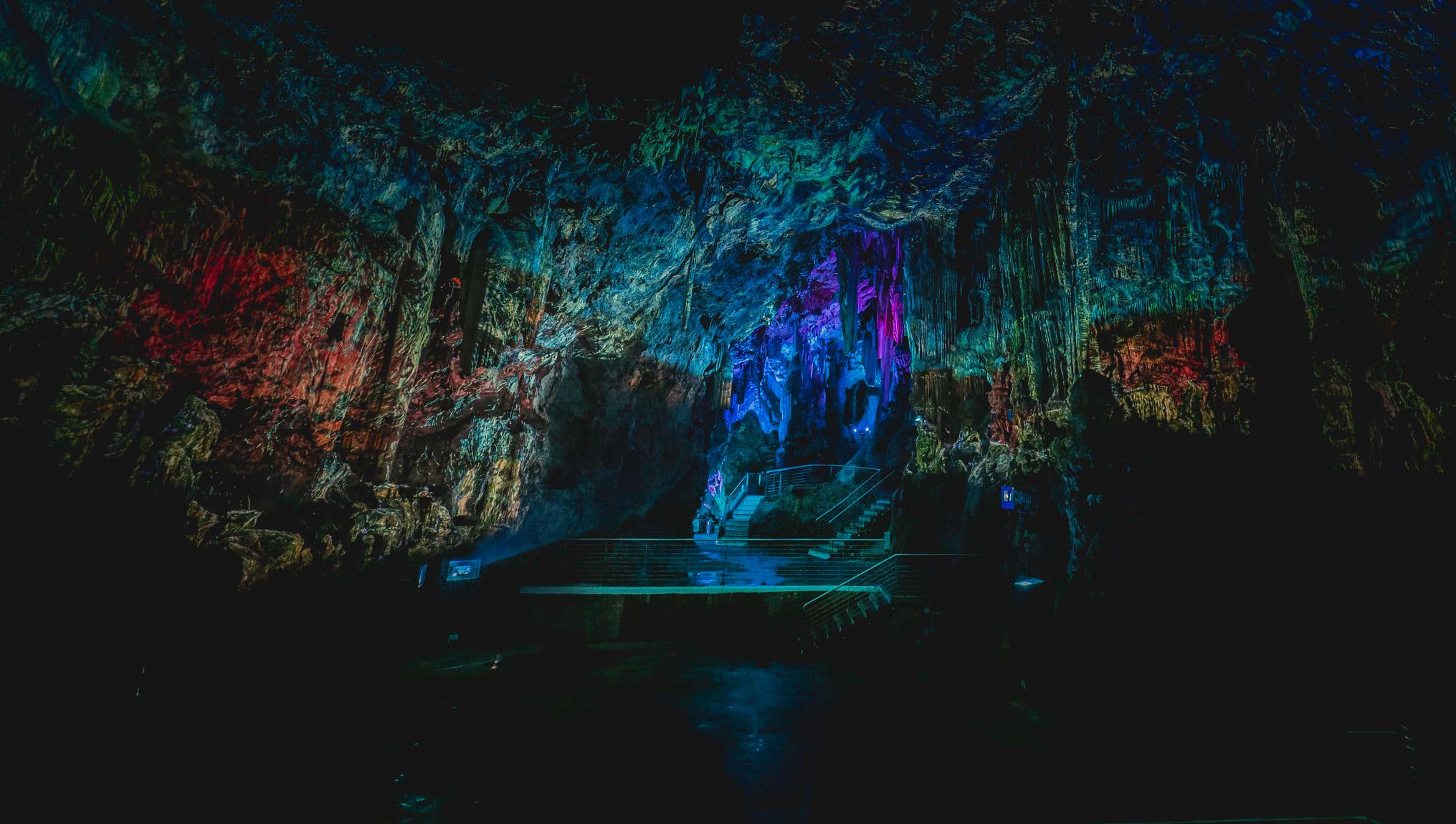 Located throughout the four projection canvases of the exhibit (each of which has a nickname), the fixtures contributed to a lighting design that added depth and shape to the cave interior and accented its evocative features, whilst still allowing the natural aesthetics of the site to speak for itself.

“Essentially, our client brief for this show was to support the projection mapping produced by Pixel Artworks to create a colorful journey through the history of the caves,” said Richardson. “At the same time, we also wanted to have moments of reflection on the natural beauty of the cave.

“Each projection canvas has an ambient state where we use shadows, light and dark, and complementary colors to accent and highlight that area, “continued Richardson. “For example, there’s the ‘hero’ state, where each surface tells its story. Then there is the ‘beauty’ state, where the cave is in its “natural” form, very gentle, warm white, breathing. 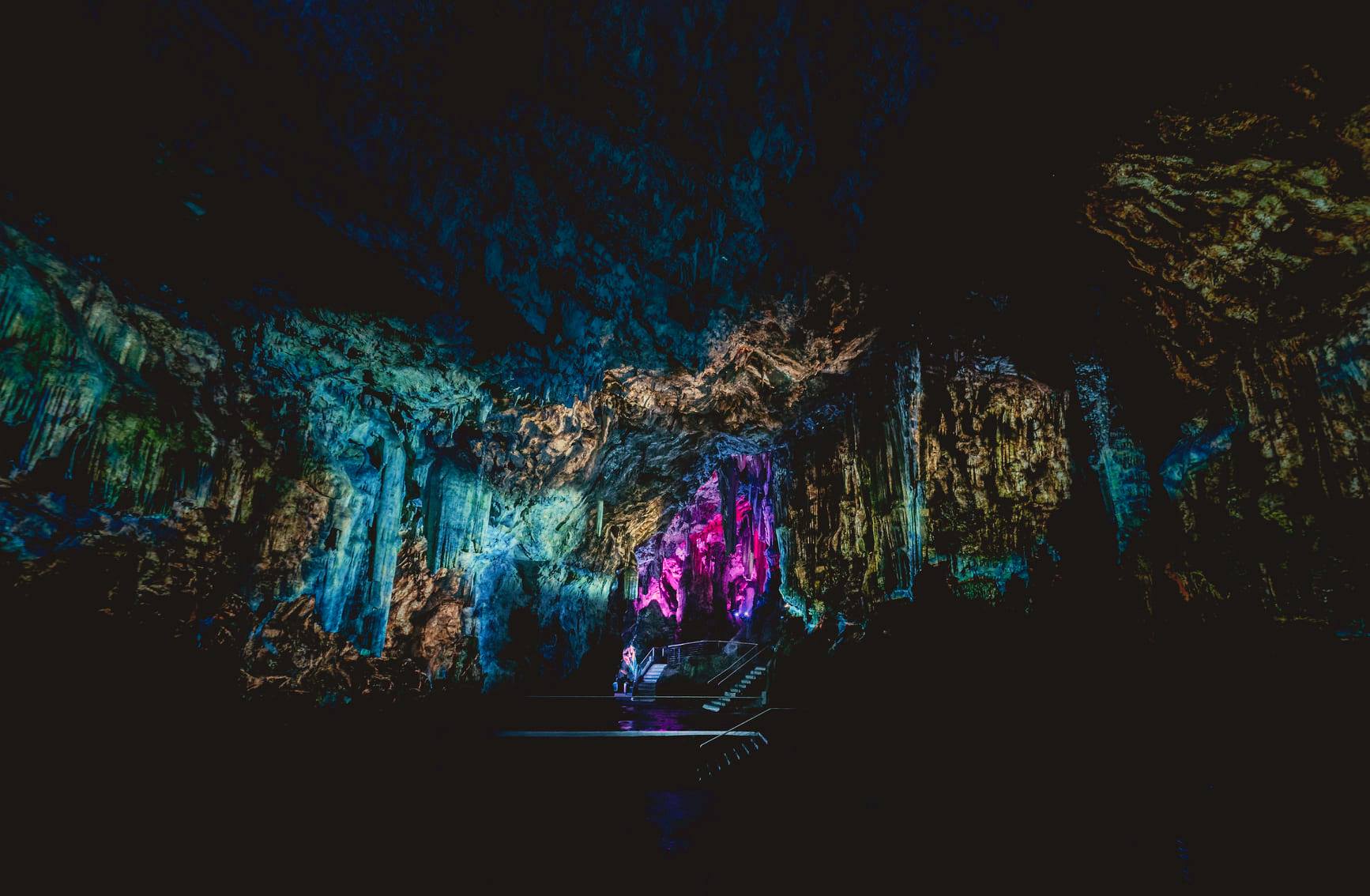 “There is an almost imperceivable change in intensity that plays on the natural form of the stalactites to give the impression of movement – as if the cave itself was breathing,” continued Richardson. “The color mixing of the COLORado fixtures was crucial here as we needed to go from natural pastel colors through to saturate.”

Whilst the lighting fixtures provided a range of colors, the shadows that endowed the panorama with its redolent aura were, as Richardson describes it, “a gift” from the cave itself. “This cave is so wonderfully vast, we were able to use the shadows to our advantage,” he said. “We adopted a three-point system whereby most of the stalactites are lit from three sides – this allowed us to use intensity and color changes to mold the rock and make it move, almost imperceptibly – but it’s there!”

The complexity of the cave’s natural beauty was at times mind-boggling, notes Richardson. “I make no bones in saying this, ‘the cave nearly beat me,’” he declared. “I’d get it to the point where the ‘beauty’ state looked amazing, but then at the same time, the more saturate ‘hero’ and ‘ambient’ looks were equally mesmerizing in their own ways. There was a very fine balance between complementing the projection mapping content brilliantly created by  Pixel Artworks, maintaining the cave’s beauty, and adding another level of wow factor that the cave had never been treated to before.” 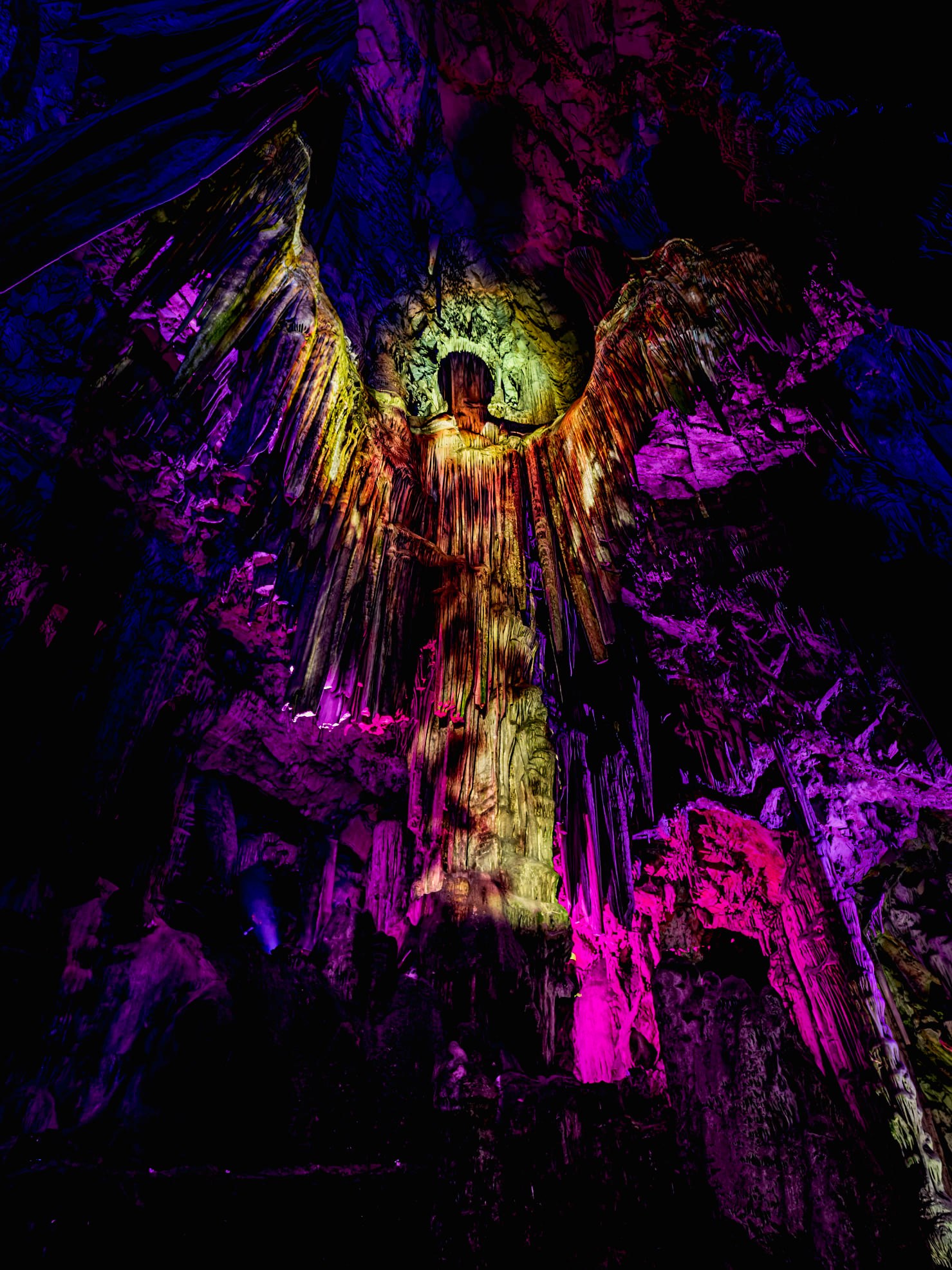 “We accomplished something very special together here,” said Richardson. “It was definitely an amazing experience.”

Although he’s gone through the cave over 100 times, Richardson admits he “still gets goosebumps” each visit. That’s a reaction those lost-to-history Neolithic artists would undoubtedly have understood very, very well.