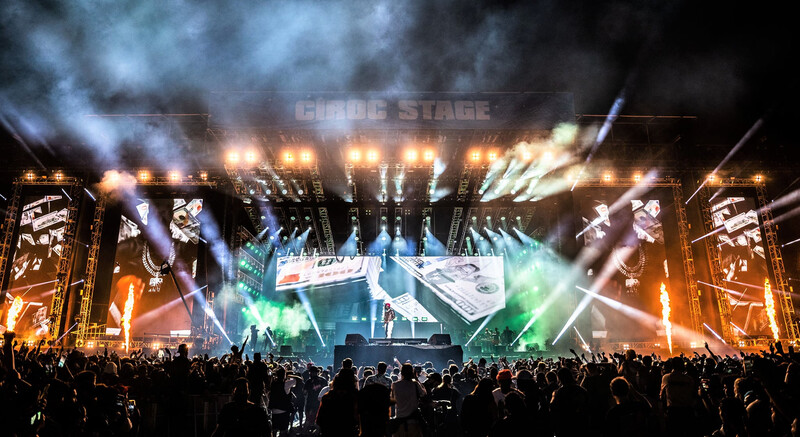 MIAMI – Sunlight seems to fill a room with extra-blinding brightness when a long closed shade is finally open. Such was the feeling at Hard Rock Stadium in late July, when, after an 18-month COVID-caused hiatus, many of hip-hop’s biggest stars appeared at Rolling Loud, their first live festival since the lockdown began.

Channeling a boundless source of pent up creative energy, over 130 artists, let by the likes of ASAP Rocky, Travis Scott and Post Malone unleashed ferociously intense performances that electrified the three-day festival. Turning up the adrenalin level even higher were bold light and video shows that drew on the big presence of powerful, flexible rigs created by Steve Lieberman and his team at SJ Lighting, including production manager Max Robin.

Renowned for his festival work, Lieberman was responsible for production design at the festival’s four stages (Cîroc, Audiomack, Monster Energy, and Dryp), as well the VIP area. 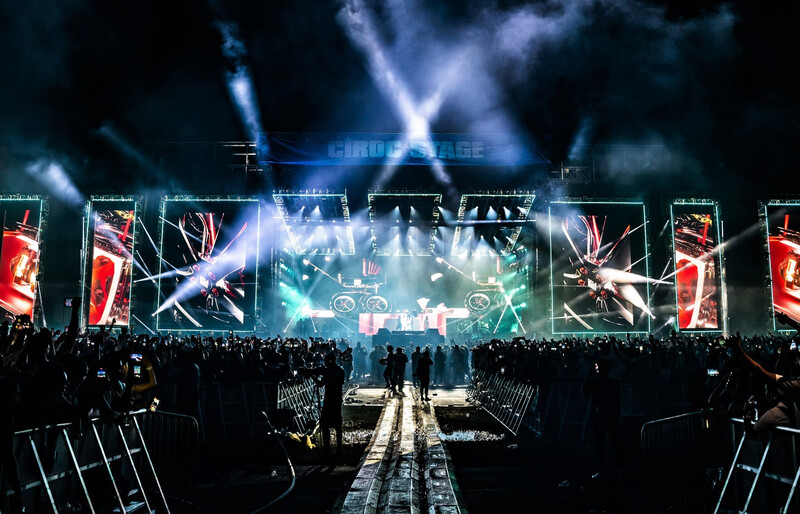 Providing abundant punch at the main Cîroc stage as well as at the second Audiomack stage were some 200 CHAUVET Professional Maverick MK3 Wash, COLORado 1 Solo and COLORado 1 QS fixtures supplied by 4Wall Entertainment. This firepower allowed LDs Marcus Jessup (main stage) and Robin (second) to focus intense light on the artists, something that Lieberman feels is essential in a big festival environment.

“Rolling Loud has very high expectations when it comes to stage design and the audience experience,” said Lieberman. “A strong understanding of the genre is necessary to provide the appropriate platform for artists to perform at the highest levels. What we’ve learned over the years doing many shows like this, is that there needs to be large format video surfaces, as well as monolithic details that read very “strong – plus enough stage lighting to cover every inch of the performance area

“Rolling Loud id most definitely not a dance music event,” continued Lieberman. “Because of this, lighting the performance with boldness is critical. At many EDM festivals, the LD’s will point every lamp at the crowd. In my view, this is detrimental to the overall look of the show.” 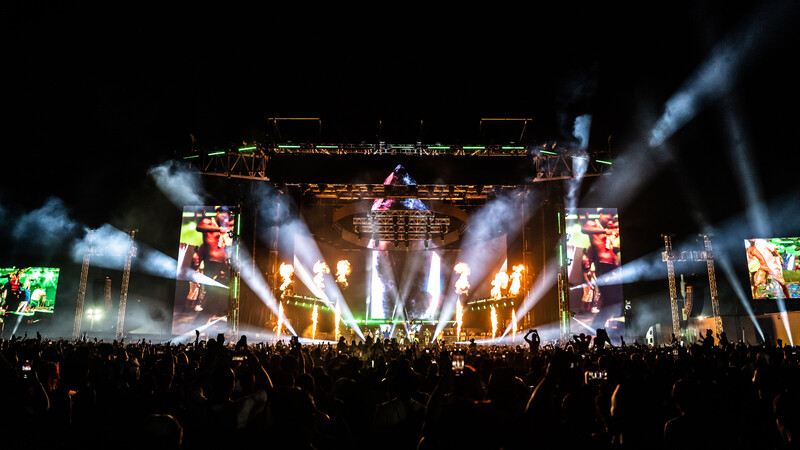 Lieberman followed the same philosophy at the festivals two other stages, which were supplied by The Design Oasis and TAG. “We delivered a bespoke design for each stage, balancing utility and aesthetics,” he said. “The LDs on each did a great job. We used a very high number of LED linear strips to highlight the geometry of all the stages. We really love the way it brings a design to life.”

Each stage design was also laid out carefully in a way that allowed guest LD’s to produce looks that work best for their artists efficiently. Achieving this depended largely upon getting the optimal ratios between he different types of fixtures, and having crews work tightly together as a team, according to Lieberman.

“There are always challenges and surprises with a festival of this size, but we were fortunate to have a really great group of people all pulling together,” he said. “Jorge Valdez at 4Wall is the absolute man — so much love and respect for him. His guys are amazing.” 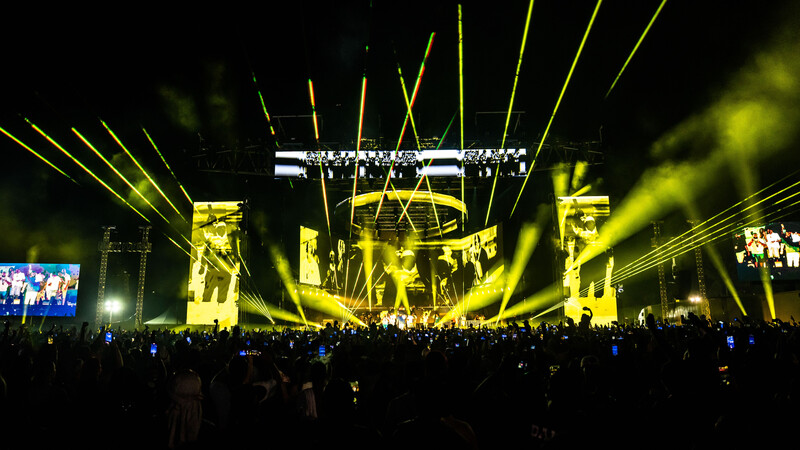 As for Lieberman and his team, they took naturally to returning to live festivals. It was, he said “like riding a bike,” adding “we got right in there and performed at full speed.” In so doing, they perfectly matched the mood of the artists on stage and the fans who turned out to see them.