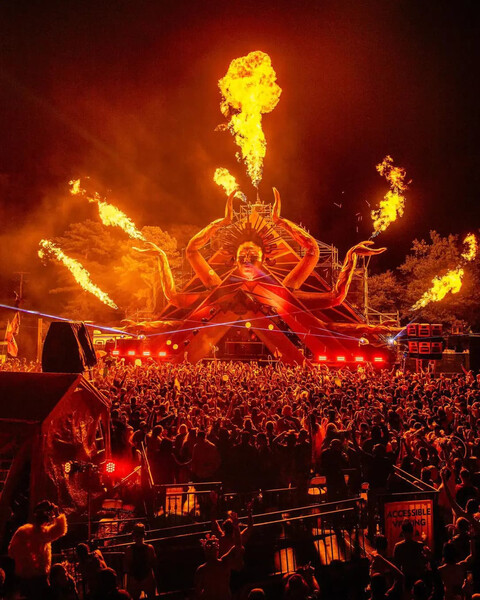 LONG POND, PA – The fifth annual Elements Music and Arts Festival took place at a new site less than a two-hour drive from Mid-Town Manhattan, adjacent to the NASCAR Pocono Raceway, but as far as fans at this three-day event were concerned, it could have taken place a million miles from anywhere. Nestled within the region’s Northern Hardwood Forrest with its sugar maples and yellow birch trees, the festival immersed fans in a beautiful natural canopy that transcended time and place.

In keeping with its setting, Elements drew power from an onsite solar panel farm and was fed with locally sourced organic foods. The lightshows that supported the acts, a group that included Liquid Stranger, Rezz, Kaskade, Duke Dumont, and Big Gigantic, among others, reflected the natural setting and spirit of the festival. Aerial effects accentuated the tree lines of the woods, and in place of conventional strobes, there was pixelized, colorful light from CHAUVET Professional Color STRIKE M fixtures to engage fans with crowd lighting.

“Making sure the designs adhered to an artistic concept where the technology met the philosophy of the festival was our key goal when providing all the equipment rigging, cabling, and certifications for this event,” said Spencer Lavoie, of 4Life Entertainment and Technology. “Our Chauvet fixtures became the cornerstone for nearly every design we had at the festival — and for good reason. From the Maverick MK3 Spots creating unique aerial effects for bands like Twiddle to evoking ‘God Looks’ for EDM act like Liquid Stranger, they gave visiting LDs a versatile toolbox.” 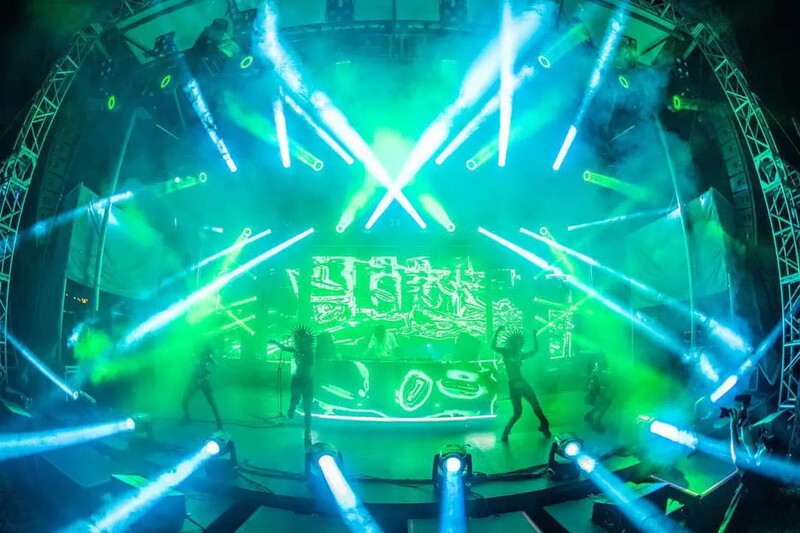 At the festival’s Earth Stage, where bass music, psychedelic, world sounds, and jam bands reigned, Lavoie and Alex Van Roon of VR Lighting, created mesmerizing looks with help from eight Maverick MK Pyxis fixtures. “They were great eye candy with their pixel mappable ring and sharp center source, for both daytime and night shows,” Lavoie said of the fixture. “We also had 26 Rogue R2 Beams taking over the air above the stage while they highlighted three disco balls hanging 12 feet high. This created a forest of light as the reflected beams stroked their color palettes onto the trees and crowds dancing to the Digifunk custom HSD and Funktion one sound system.”

Among the more distinctive looks that blended harmoniously with their surroundings were those created by the festival’s 24 Color STRIKE M motorized strobe/washes. “Central to our design concept was the decision to replace historical strobe choices with the brighter, more colorful footprint of the Color STRIKE fixtures,” said Lavoie. “We used them to bring the massive Fire Stage art to life. Our amazing lighting designer, Edward (“Hazy”) Stallworth, kept surprising the massive crowds in front of the Fire Stage by introducing new elements of these pixel-mapped fixtures, almost like storytelling portions of the script with light. 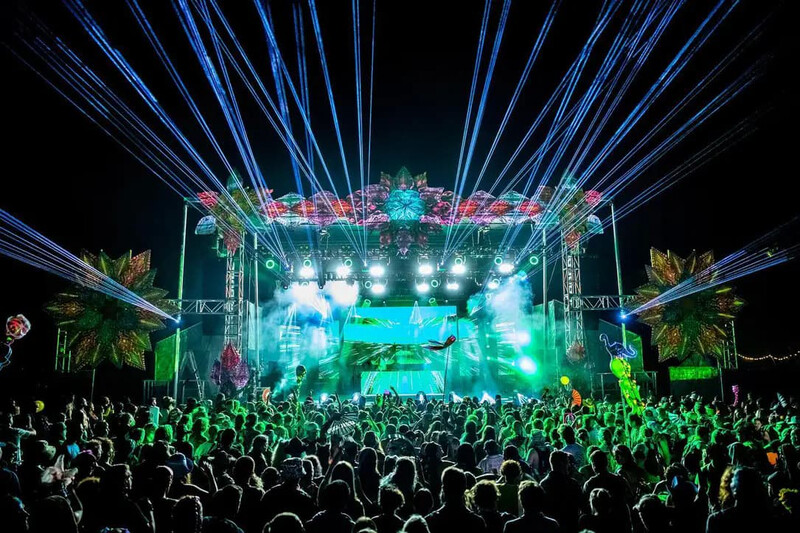 “Hazy, along with the rest of our design team: Ben Newell, Alex Van Roon, and John Loughlin all contributed to making this something special,” continues Lavoie. “Watching the lasers, pyro, lights, and projections all unify for key moments was personally my highlight of the festival.”

Helping to tie the festival grounds together, was richly textured and colorful site lighting by The Design Oasis and 4Life Entertainment that featured a collection of hundreds of various COLORado wash lights. Wandering along the festival’s paths in the glow of these washes, fans experienced the joy of discovering new visual treats every step of the way, including some massive scenic pieces that looked as if they sprang out of a fantastical dream. The effect on them was transformative, proving again that, at their best, festivals are about much more than music. 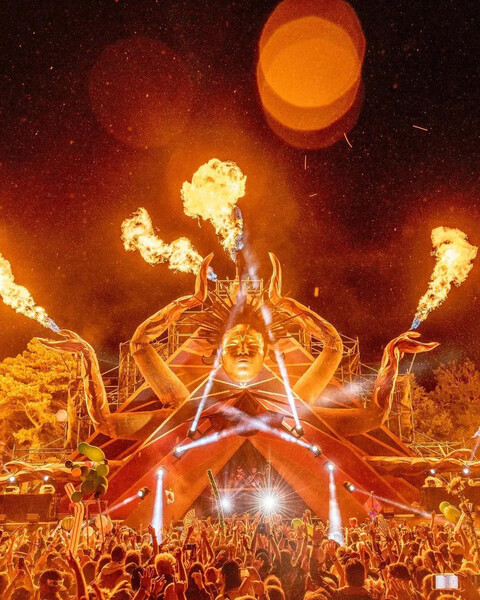