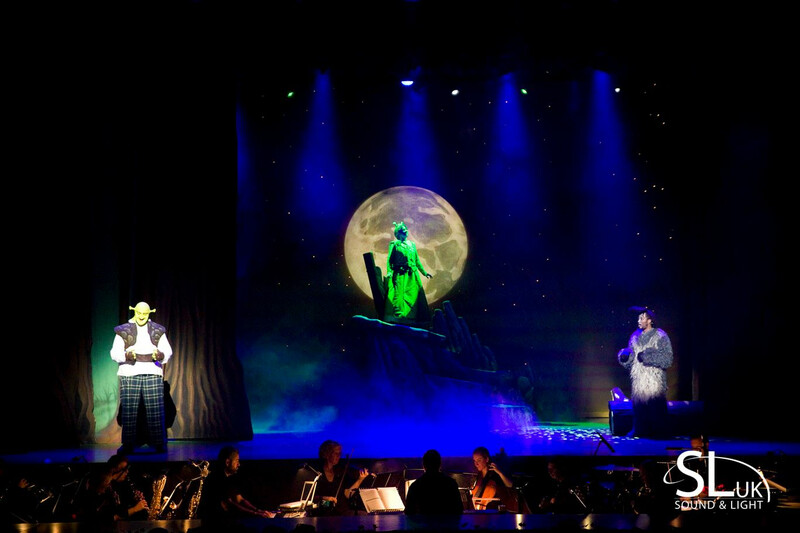 HALIFAX, UK – Based on the 2001 DreamWorks Animation film Shrek, and harboring elements of sequels Shrek 2, Shrek Forever After and William Steig’s 1990 book Shrek! the lavish stage adaptation of its hit animated movie received unanimous praise for its colorful set design and costumes throughout its sell-out 441-night run on Broadway.

Mark Johnson of Sound & Light UK brought the fantasy world of the musical to life with light during a string of UK performances at the Victoria Theatre in Halifax. Instrumental in achieving helping him realize this vision was a combination of CHAUVET Professional fixtures, including 16 Maverick MK2 Spot, 20 Rogue R2 Wash, 4 Rogue R1 Beams and 12 COLORdash Q12 Battens, from Sound & Light’s inventory. 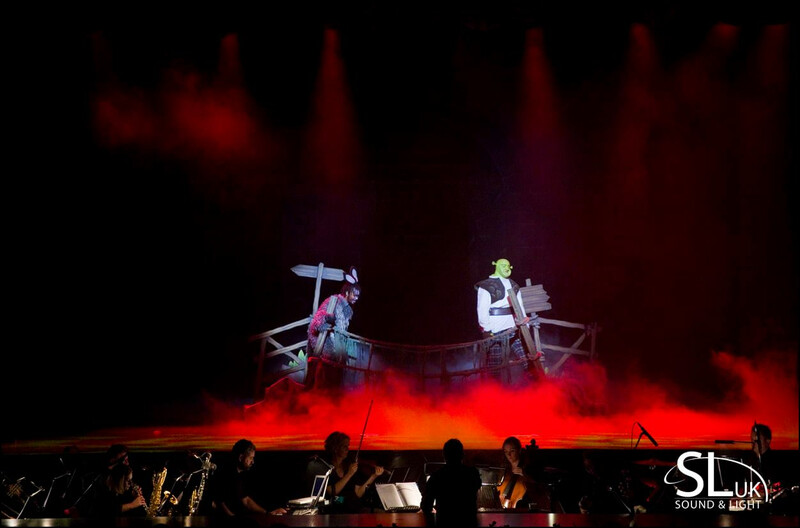 Although Shrek himself is associated with the color green, Johnson deemed it necessary to incorporate a full spectrum of color to enhance and heighten dramatic moments of intensity during the musical. Through elongated fade in and out sequences and punchy colorful effects, he was able to use color as a narrative element to mirror and exacerbate the emotions of key characters within each scene.

Johnson called upon the 19 (15 W) RGBW quad-LEDs of the Rogue R2 wash fixtures to provide general wash effects. In addition to transforming the stage with a vivid array of pastel colours, the fixtures provided concentrated cross light for the front stage area. The latter proved to be very effective in bringing out the popping colours of the costumes of various characters such as Donkey, Fiona and Shrek himself.

Positioned from overhead trussing in a 4-6-6 formation, the 440 W Maverick MK2 Spot fixtures succeeded in crafting intense and powerful colorful visuals on stage with which to punch through the general wash lighting of the R2 Wash. Thanks to the Maverick’s numerous color mixing and gobo capabilities, Johnson was able to accompany numerous scenographic changes within the performances, thus underlining the development of the narrative as a whole. 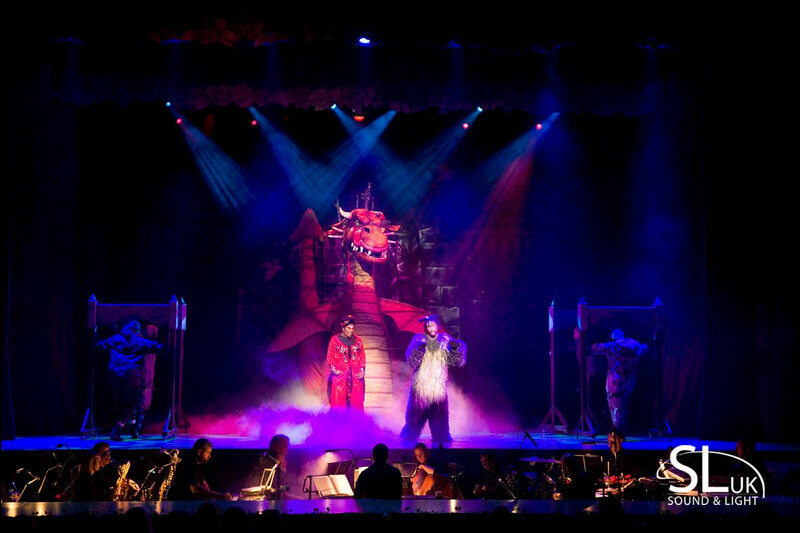 “From outdoor sunshine, to forests, dungeons and everything in between, the combination of Mavericks and Rogues provided an almost unlimited palette of looks with which to depict numerous scenes,” commented Johnson. “A particular mention would be the orange from the Maverick fixtures, which combined with a gobo overlay from both wheels to produce a superb ‘lava’ effect for the lava bridge scene.”

Johnson could also utilize the concentrated throws of the Rogue R1 Beams to mimic the effect of sunlight in a number of crucial forest scenes, where appropriate visual support could be awarded to key moments of suspense. A further addition of COLORdash Q12 Battens for uniform cyclorama wash gave Johnson the ability to reinforce colorful and vivid scenes from the film.

“The CHAUVET fixtures allowed us to successfully create a seemingly infinite amount of different scenes and visual variations using different angles, presets and effects,” concluded Johnson. “Most importantly, we could capture and recreate the colorful animation of the film and the Broadway performances.”