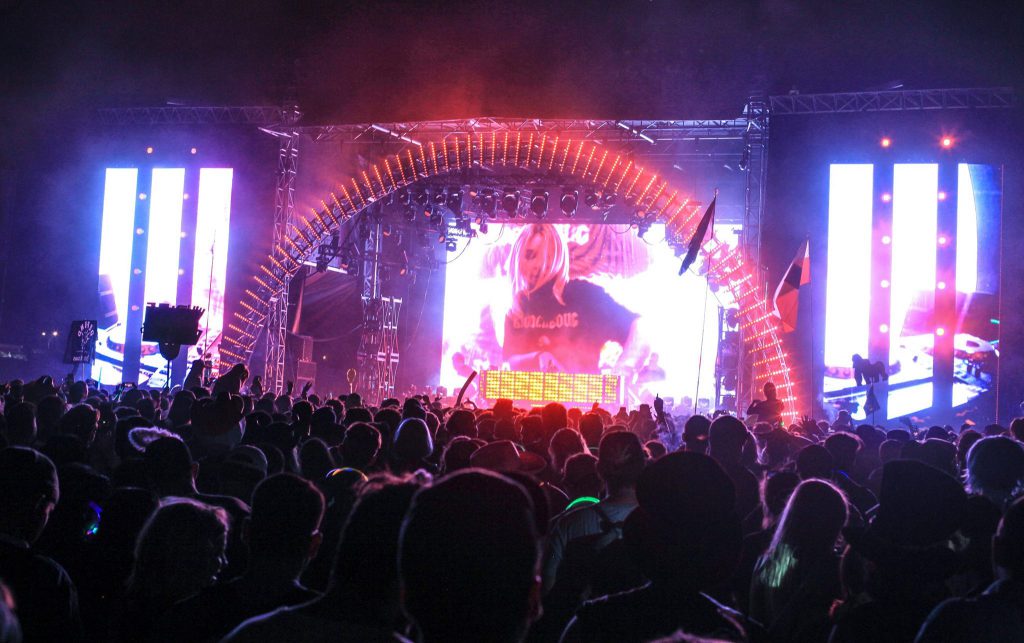 NEW ORLEANS – Although the Crescent City may be more known for Mardi Gras, it also does one heck of a job on Halloween. This much was readily apparent to the 100,000-plus fans who turned out to New Orleans City Park October 27-29 to enjoy the Voodoo Music + Arts Experience, or Voodoo Fest as it is more commonly known. A must-stop venue for many of those visitors was the LePlur Stage, epicenter of the festival’s EDM centric acts, a stellar group that included The Chainsmokers, Party Favor, Die Antword, DJ Mustard, Black Tiger Sex Machine and Cakes Da Killa, to name a few.

Leaving no doubt that this was a major EDM stage was the eye searing lightshow created by the team at Solomon Group. Their power-packed rig was anchored by a beefy collection of CHAUVET Professional fixtures.  The production design of the LePlur stage was done by the brother team of Jonathan and Matthew Foucheaux.

The Solomon team carved out a visual space for their custom DJ booth by surrounding it with 24 Nexus 4×4 COB LED panels. A collection of 24 of the new STRIKE 1 multi formatted warm white fixtures was flown on light poles stage left and right to provide a visual border. “Our shop fabricated custom brackets to make hanging the STRIKE 1s happen,” said Foucheaux.  “It was a bit tedious on site, but it gave a really good look and made the rig appear much bigger.” 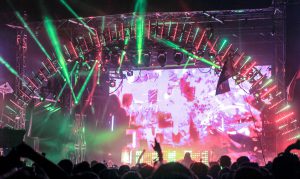 At the heart of the stage were 72 COLORband 3 IRC fixtures from CHAUVET DJ arranged in a downstage arc that drew eyes to the onstage performances. “We CNC’d some custom brackets in the shop that allowed us to place the COLORbands perfectly spaced out along a curved truss,” said Foucheaux. “This element was a key to defining the rig with the bright output and interesting patterns using the extended mode of the fixtures for pixel mapping.”

Providing uplighting and stage wash were 38 COLORado Batten 72 Tour fixtures and 20 COLORado 1-Tri IP units. “These fixtures were workhorses,” said Foucheaux.  “When you’re doing an elaborate stage like this, you want to make sure that your bread-and-butter fixtures are reliable.”

The fixtures in the LePlur Stage rig were also very flexible, a critical attribute given the wide array of high-powered artists who performed there. “There were a very large number of big acts who appeared on our stage, each with its own LD and own ideas about the look it wanted,” said Foucheaux.  “Making sure all the LDs had their show files in time to pre-program the rig before stepping on site was critical.  We were able to do that, and we felt good knowing that our festival rig gave these LDs so many options. We got a lot of comments on how much fun the rig was to work with, and also a lot on how much the STRIKE 1 resembled tungsten.

“So overall, the rig was a success for us, not just because of the fixtures, but most importantly because of the people involved,” continue Foucheaux. “Brandon Sossamon, the Production Director for Voodoo at C3 Presents, which puts on the festival, and everyone at that company create a great environment not only for the thousands of fans, but also for the crew and staff.  We also benefited from the efforts of Andy Smith (Production Manager, LePlur), Christine McBride (Project Manager), and Dallas Spatz, the house LD. Like all great shows, this was a team effort.” 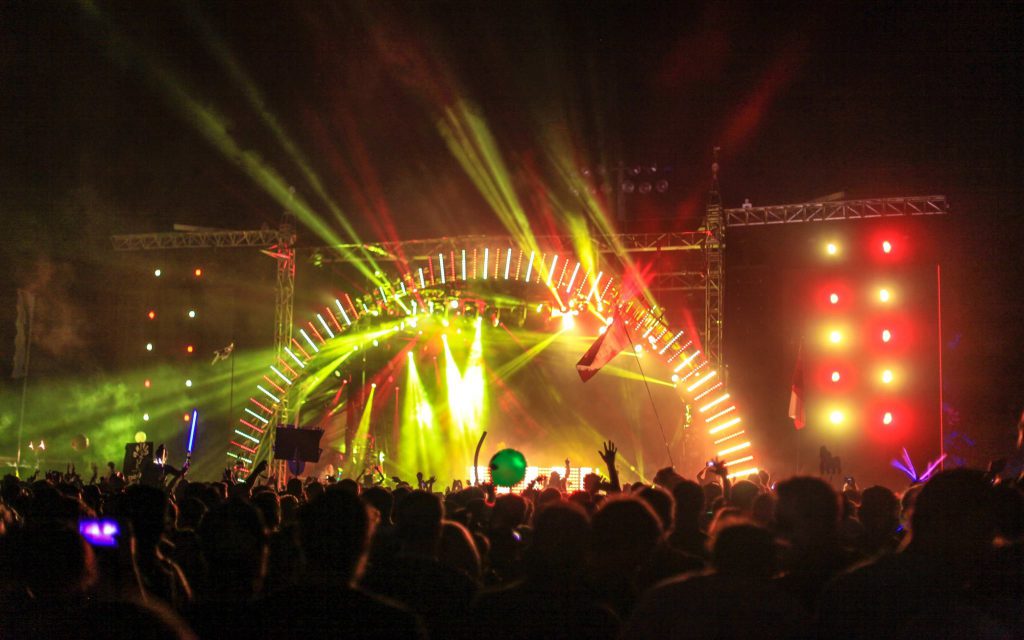