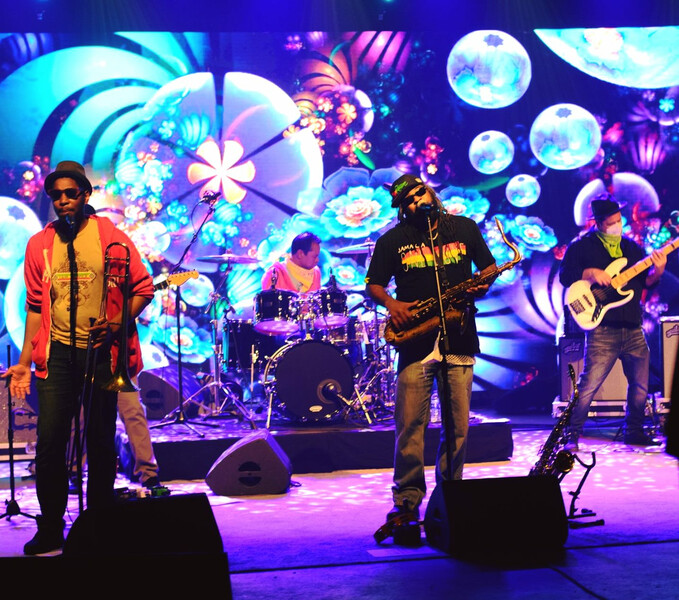 BALTIMORE – The weather in eastern Maryland never got much past 70 degrees on Saturday May 23, but the vibe in the improvised studio at Showtime Sound’s warehouse was decidedly tropical. Aaron Kovelman, the company’s Director of Design and Production, saw to that by creating breezy, colorful, beach-like visuals for its one-hour Virtual Island Festival featuring Jah Works.

“From a design perspective, it was very important for me to consider the audience point of view given the platform they would be watching the performance on,” said Kovelman. “I wanted to give viewers the feeling of an intimate performance, as if this stream was being done straight for them. Yet, at the same time, I wanted to deliver large enough landscapes through the video looks and depth of lighting to make the audience feel as if they were outside on lawns listening to music amidst summer vibes.” 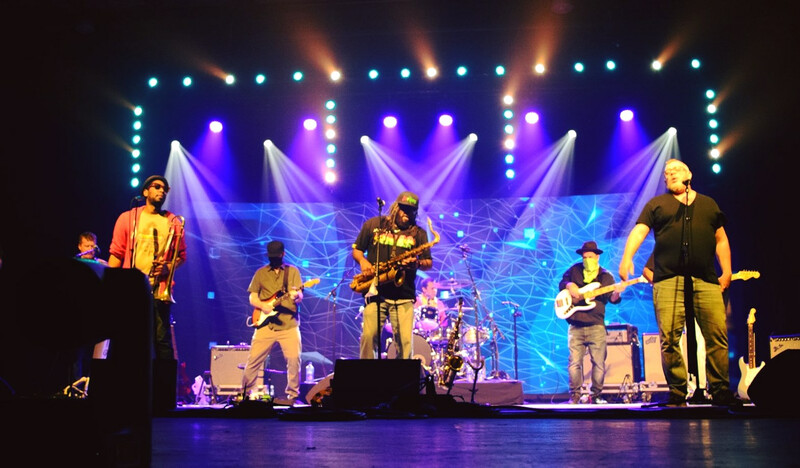 Helping Kovelman create this look for the show, which was streamed on Facebook, was a collection of CHAUVET Professional Maverick MK3 Profile and Rogue R2 Wash fixtures from Showtime’s own inventory.

Kovelman positioned 13 Maverick MK3 Profile units on the 40’ by 40’ stage, six hung on upstage truss and seven flown down stage. “The upstage Profiles did most of my stage texturing through gobos and prisms,” he said. “I knew aerial beams wouldn’t be much of a heavy-hitter with the camera angles, so I wanted to do as much texture within the band performance space as possible. The zoom range with the MK3s allowed me to do this easily within the tight stage area.”

For key lighting, Kovelman relied primarily on his downstage Maverick MK3 Profiles. “Their impressive CTO filter, plus dual frost, and rotating shutters made them the 100-percent right tool for the job,” he said. 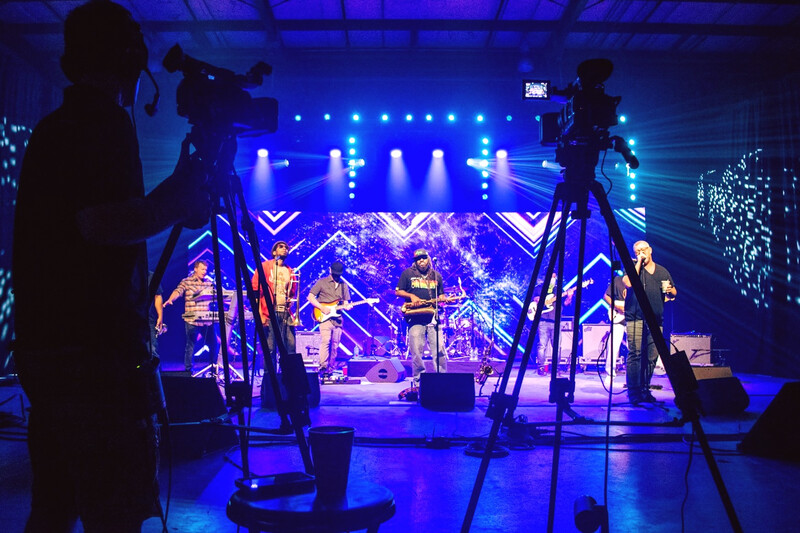 Bold, vibrant colors played a key role in creating the immersive tropical looks that engaged viewers. Relying on six Rogue R2 Wash fixtures hung on upstage truss for his band washes, Kovelman kept his color combinations uncomplicated. Blending colorful washes with immersive video content, he was able to evoke the desired imagery on the often-small screens of viewers, without distracting from the performers on stage.

“Most of the decision making on colors were driven from the video clips I selected,” said Kovelman. “I needed to be able to deliver a clean, full look, without being too busy. I took the general approach of deciding on a piece of content, then trying to be as complimentary as possible with lighting color selection. We had lots of video content, which drove the variation of looks throughout the show.”

Thanking the festival sponsor, Linganore Wines, as well as Jah Works, and the Showtime team for pulling together to create a “polished format” for the show, Kovelman says he is looking forward to designing more livestreams, describing this production as “a great learning experience.”

The Virtual Island Festival may have been that for the design team, but for viewers who saw the livestream, it was also like a fun-filled day at the beach, regardless of the temperatures outside. 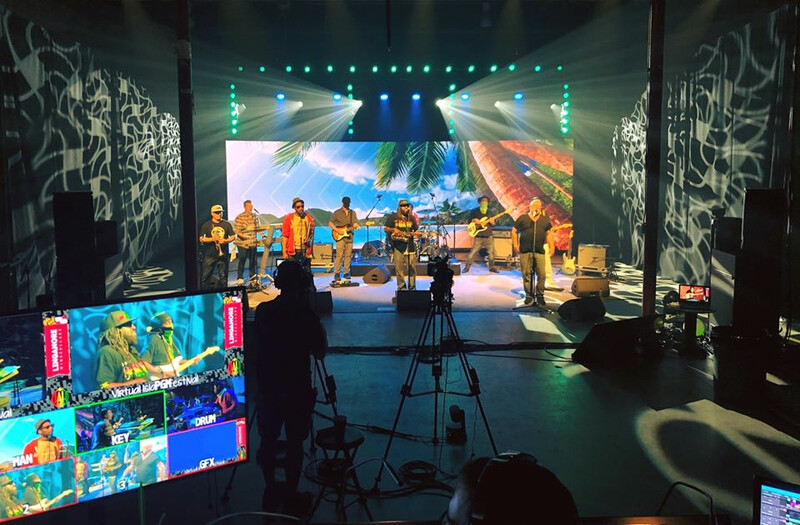