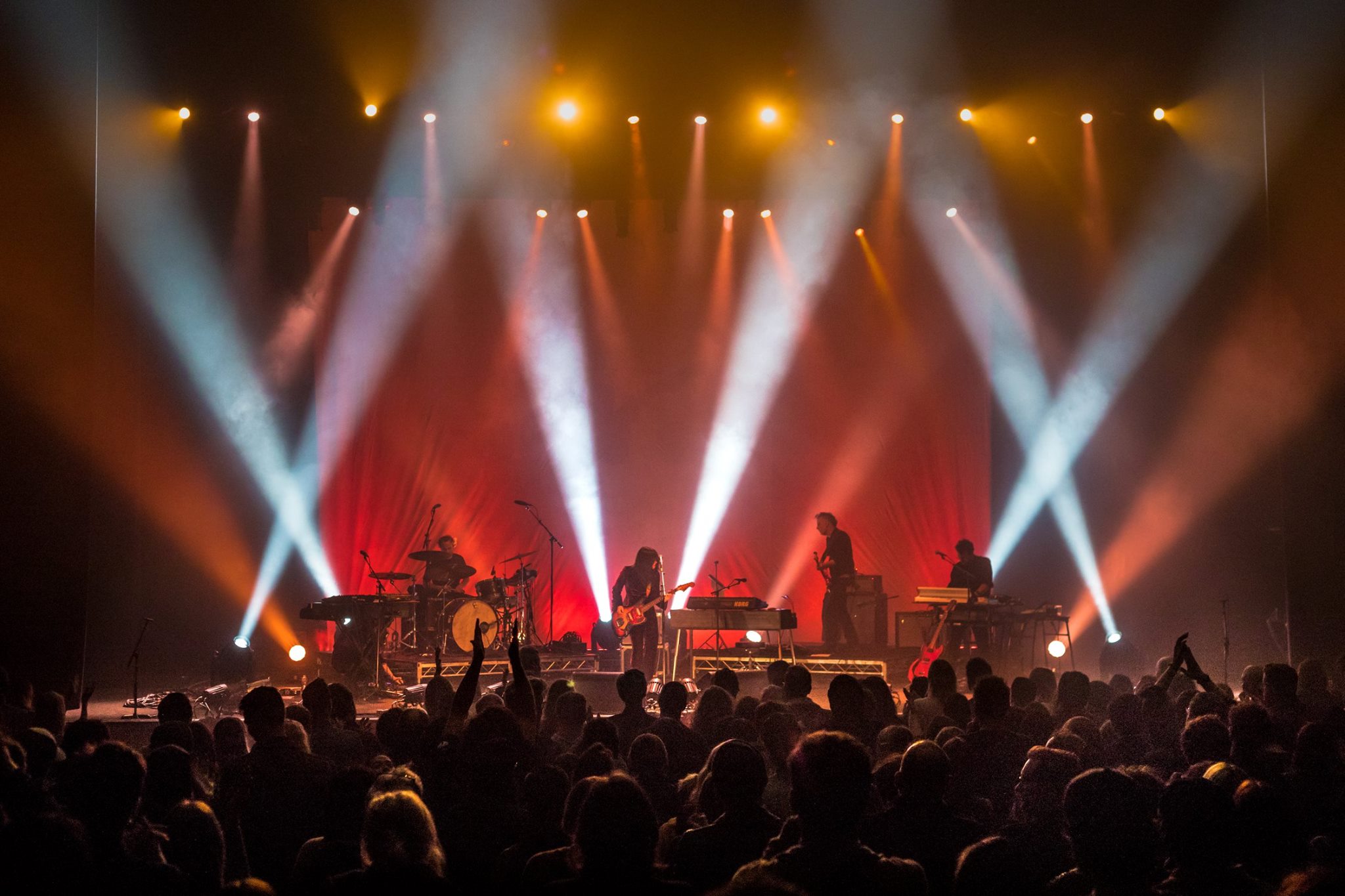 NEW YORK – After acting in the hit Netflix series The OA and scoring the film Strange Weather, singer/songwriter Sharon Van Etten returned to the recording studio last year to cut her fifth LP, Remind Me Tomorrow. Early in February, she embarked on a 16-city US tour in support of the album. Setting the visual tone for her viscerally potent blend of deeply personal music was a Sam Parker lighting design anchored by CHAUVET Professional Rogue and COLORado fixtures, supplied by Squeek Lights.


Parker reflected the edgy power and complexity of his client’s music with a show that featured evocative backlighting and the intricate interplay of shadows and light, along with some immersive monochromatic color schemes. Although the overall look of the tour, which ended on March 1 before beginning its European leg, fit Van Etten’s sound like a glove, it was a departure from a design plan that was originally floated.

“Sharon and I are both New York City based, and I had worked with her management on other projects, so I was brought in as a consultant since this was her first tour with full production,” said Parker. “There was some discussion on whether the tour should be video or lighting based. The original plan was for the show to have a projection-heavy design. However, given the rooms we were playing and our budget, I pushed to do this show with all light. I was confident we could get all the animation and imagery we wanted by weaving together light and dark spaces and using colors in a bold fashion.” 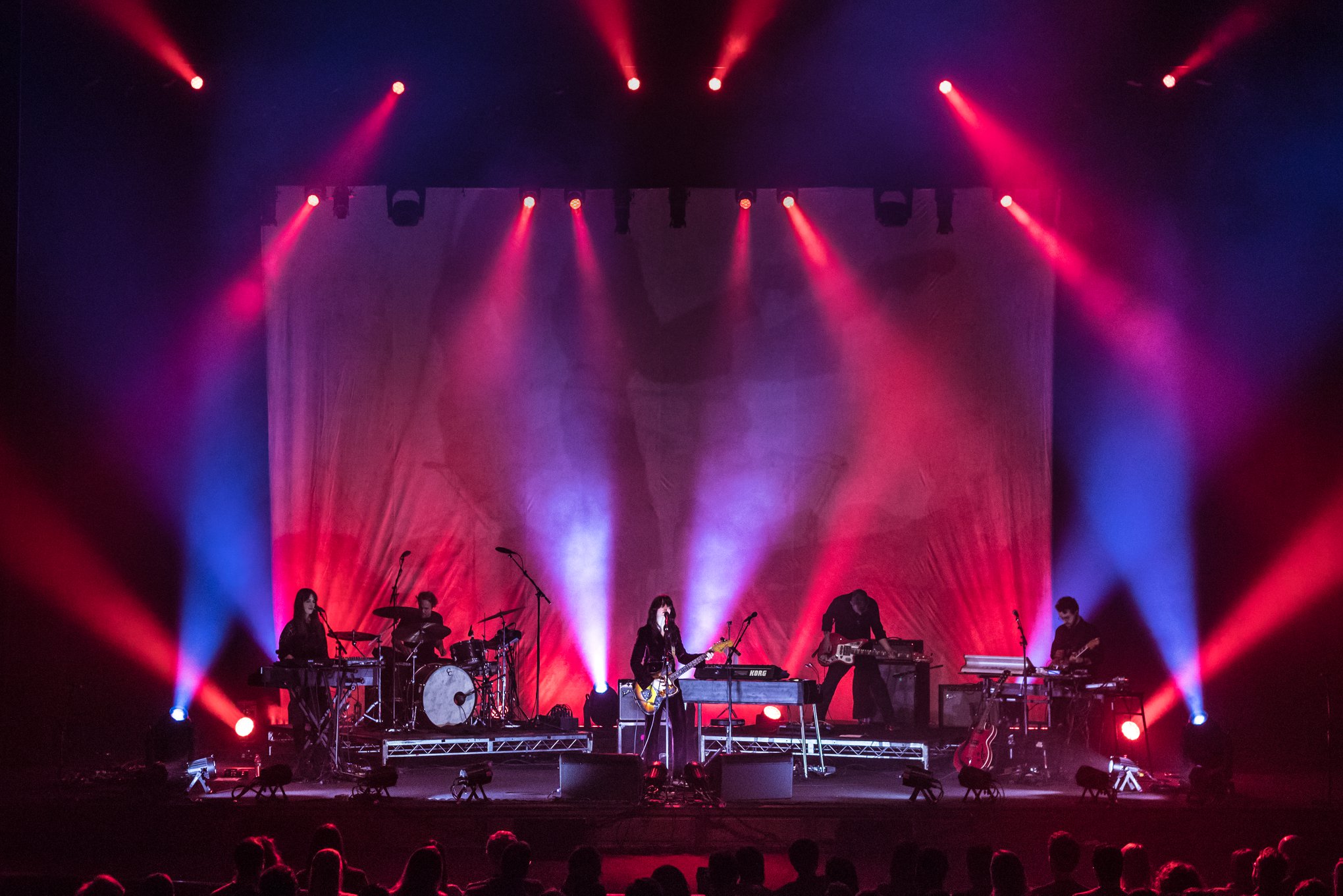 Helping Parker achieve this look were the four Rogue R2 Wash fixtures he positioned on the upstage deck. Arranging the washes in an arch behind Van Etten and the band, he used them for dramatic backlighting. “I was always filling the stage with some kind of glow from the Rogues,” he said. “They definitely contributed to the mood on stage. When I specced the Rogues, I knew they were going to be what I would use to backlight and silhouette the band. They gave me that thick full hazy orb-like glow on stage, making it look really saturated in color.”

Also animating the stage with vivid colors were the 12 COLORado 2 Solo fixtures in Parker’s rig. A pair of the COLORado units was positioned stage left and stage right to light Van Etten from the side. The remaining 10 units were arranged along the downstage deck and were used for uplighting.

“The zoom on the COLORados was really a great feature to have during intimate moments of the show when it was just Sharon at the piano,” said Parker. “Zooming in, I could just focus on her, instead of blowing the whole thing out. Getting in tight, I was able to create some really special shadows of Sharon and the band on our backdrop.”

During those intimate moments, the shadows Parker created altered the perspective of the audience that there were dimensions to every person that go beyond what is seen at first glance. This provided an appropriate visual complement to the deeper meaning of Van Etten’s songs.

At other moments, Parker evoked powerful moods by saturating the stage in monochromatic colors. “I wanted the stage to be comfortable, but at the same time I wanted to avoid minimalistic lighting,” he said. “The use of monochromatic colors allowed me to keep the comfortability, but create a look that was challenging and animated. With the Solos, it was nice to have an affordable par with zoom that put out beautiful colors. In the past, I had issues with the yellows on affordable pars; they were always too green or too amber. Getting a true yellow in this case really opened a lot of doors for me.”

With the US tour complete, Parker is off with Van Etten to light her tour of Europe. He is looking forward to building on all that he has learned from this experience. “The past year has been something else for me,” he said. “I operated designs by Zach Sternberg and Louise Simpson, and that pushed me to become a better designer on this tour. The people at Squeek Lights were also a big help. I think our show created something new and exciting for Sharon, too. Being her first production show, she took a risk on our lighting, and that really is in keeping with the risks she took on her music, pushing it to a new level.”