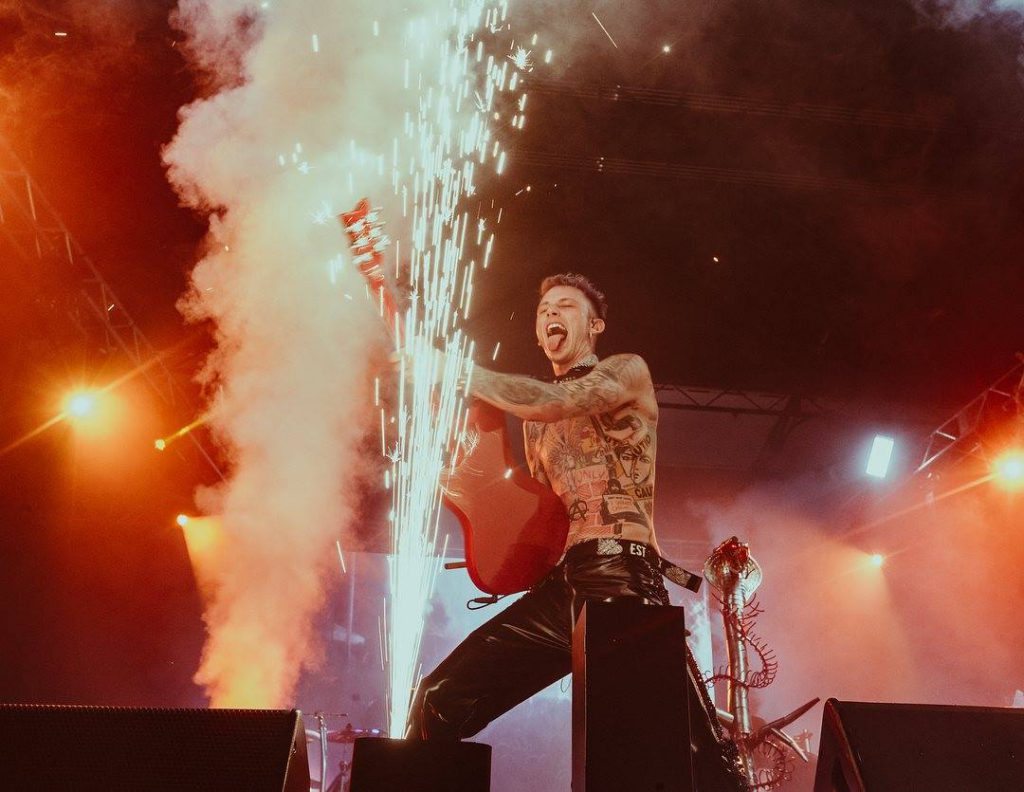 BUTLER, OH – Held each August at the Ohio Dream Park, Machine Gun Kelly’s EST Festival has a giant waterslide on its grounds. Good thing, too. A quick dunk in the massive pool was probably the only chance fans got to cool off during this two-day event – not just from the summer heat, but also from the searing nonstop amalgamation of rap, punk and metal core music that shook up its stage. Aside from sizzling performances by its multi-platinum host, the NPi-produced festival featured the sounds of Asking Alexandria, 2 Chainz, We Came As Romans, Trippie Redd and other stars.

Supporting these revved-up performances was an equally aggressive lighting rig created by Alex Kay that was anchored by CHAUVET Professional Rogue fixtures. Machine Gun Kelly’s longtime designer, Kay ran the lightshow for every one of the festival’s acts, except for Asking Alexandria, which brought their own LD. His watchword for the entire event was “intensity.”

Creating an arch upstage, he loaded it with fixtures, the better to make power statements. Kay and his techs Nino Spadaro and Jacob Thompson positioned eight Rogue R2 Wash fixtures on the arch and used them for a variety of purposes, including backlighting his IMAG wall, aerial effects, downlighting and specials. “The Rogues are workhorses and do pretty much anything you ask of them,” he said. “When you shoot them in the air they throw some nice beams that really stand out at night.”

During the festival’s daylight hours, the Rogue R2 Wash fixtures did double duty as set pieces. “Moving fixtures aren’t that impactful when it’s bright out,” said Kay. “So, during daylight hours I used the five zones of control in the Rogues and got some nice pixel effects.”

Also helping to keep the intense looks flowing during daylight hours were the four Nexus 4×4 panels that Kay hung on his upstage arch. “I pixel mapped the Nexus panels during the day to create some variety,” he said. “Really, though, the output of the Nexus is so bright they make this powerful statement even during the day.”

Kay often backlit the artists on stage to add impact to the visual panorama. This effect was made all the more dramatic when worked with the fog from the six Vesuvio RGBA atmospheric effects in his rig.

“I had four Vesuvios lined up along the downstage FX line and kept two back by the arch,” said Kay. “Fog was a big part of the show throughout the festival. It created drama and added to the impact of the lights. Impact was what this festival was all about.” 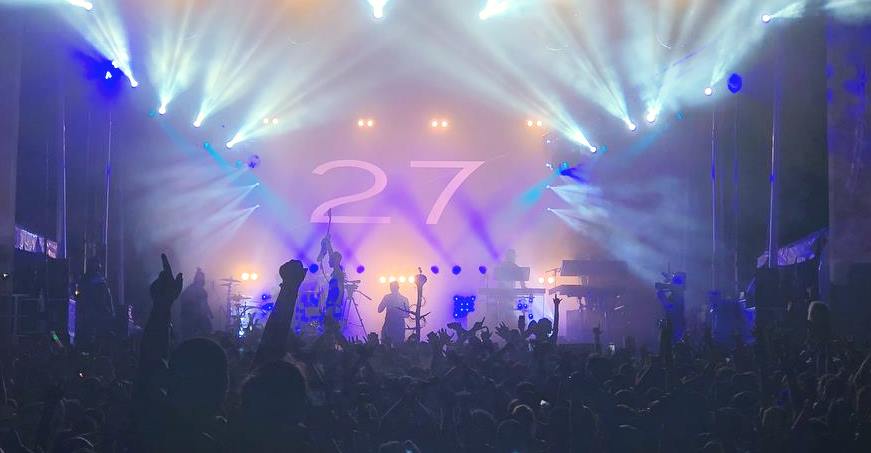