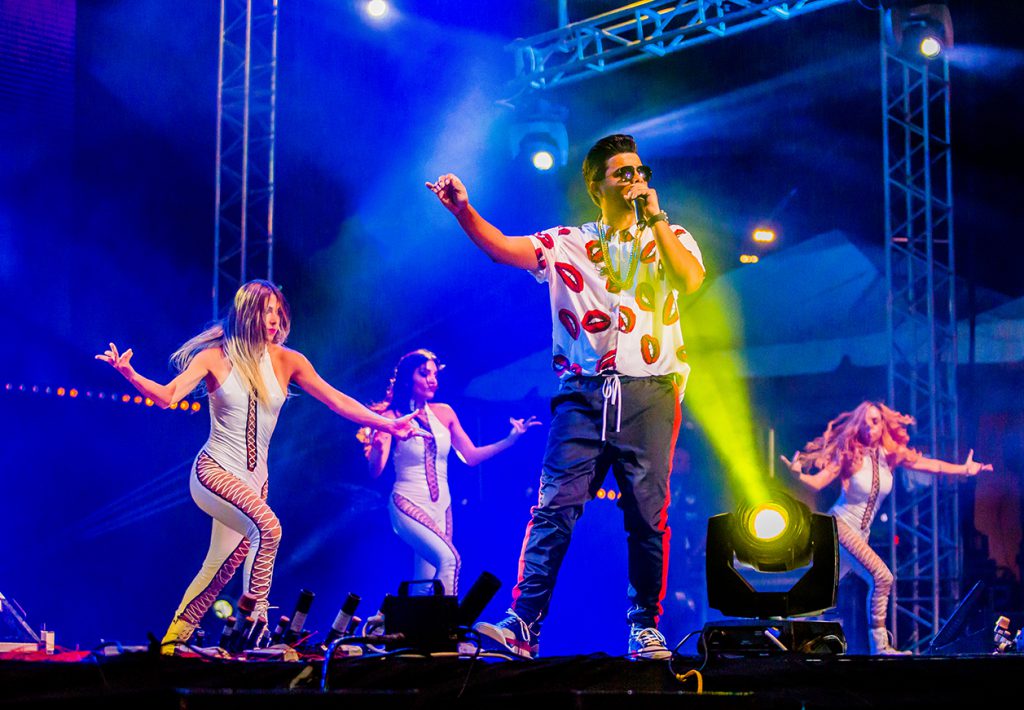 WILLEMSTAD, Curaçao – For Jim Lo-A-Njoe, the inspiration for putting together the Furia Latina lighting rig began with the first word in the November 4 concert’s name – “Furia!” Looking to reflect the fury of reggaetón music’s powerful and unsettling emotions in light, he wanted to create looks that would blow through the stage with the ferocity of a sudden storm. Lo-A-Njoe of Massive Productions got the intensity he was seeking, and then some, by building his rig around 78 high-output Rogue moving fixtures from CHAUVET Professional.

“Furia Latina is a show organized by Color Events that is built around passion,” said Lo-A-Njoe. “It brings together some of the hottest artists from around the world like Ozuna and Plan B, as well as local artists from Curaçao like Chaika, Jaido & Dongo. The intensity of the music is non-stop, and we wanted to match that passion with our lights.”

Lo-A-Njoe arranged 24 Rogue R2 Wash, 24 Rogue R2 Beam and 30 Rogue R2 Spot fixtures around the stage, positioning some of the units on the downstage deck for aerial effects, flying some over midstage for down washing and having others on the upstage deck and risers, where they were used for back washing performers. For accenting and color washing the stage, Lo-A-Njoe used eight COLORado 1-Quad Zoom and 16 COLORado 1-Tri Tour fixtures.

“Having a large number of Rogues on stage allowed us to create a big impression,” said Lo-A-Njoe, who designed the show for most of the local artists. “The Rogue R2 Spot in particular is a monster. We were really able to whip up excitement by crossing the stage with its beams.”

While Massive Productions LD Efrain Jose Andrade Torres did the lighting for local, visiting artists came to Furia Latina with their own LDs and programmers. Lighting Designer Alex Soto and programmer Jose Diaz, who visited with Ozuna, were impressed with the rig they found. “I was very pleased when I saw the entire rig in action,” said Soto. “It was a powerful rig that created a lot of punchy looks, and not a single unit was having issues. It goes to show that with proper maintenance the Rogues can handle the harsh conditions of live events in the Caribbean.”

Regardless of whether it was an international superstar or a local artist on stage at Furia Latina, one thing remained consistent: the lighting supporting them was intense, colorful, precise and spot-on professional. “Color Events wanted a show where the local artists received the same treatment as the international artists,” said Lo-A-Njoe. “Our goal was to treat the audience to a show that was on par with anything on the global touring circuit.”

As anyone who saw Furia Latina would readily agree, Lo-A-Njoe and the Massive Productions team met this goal with flying colors. 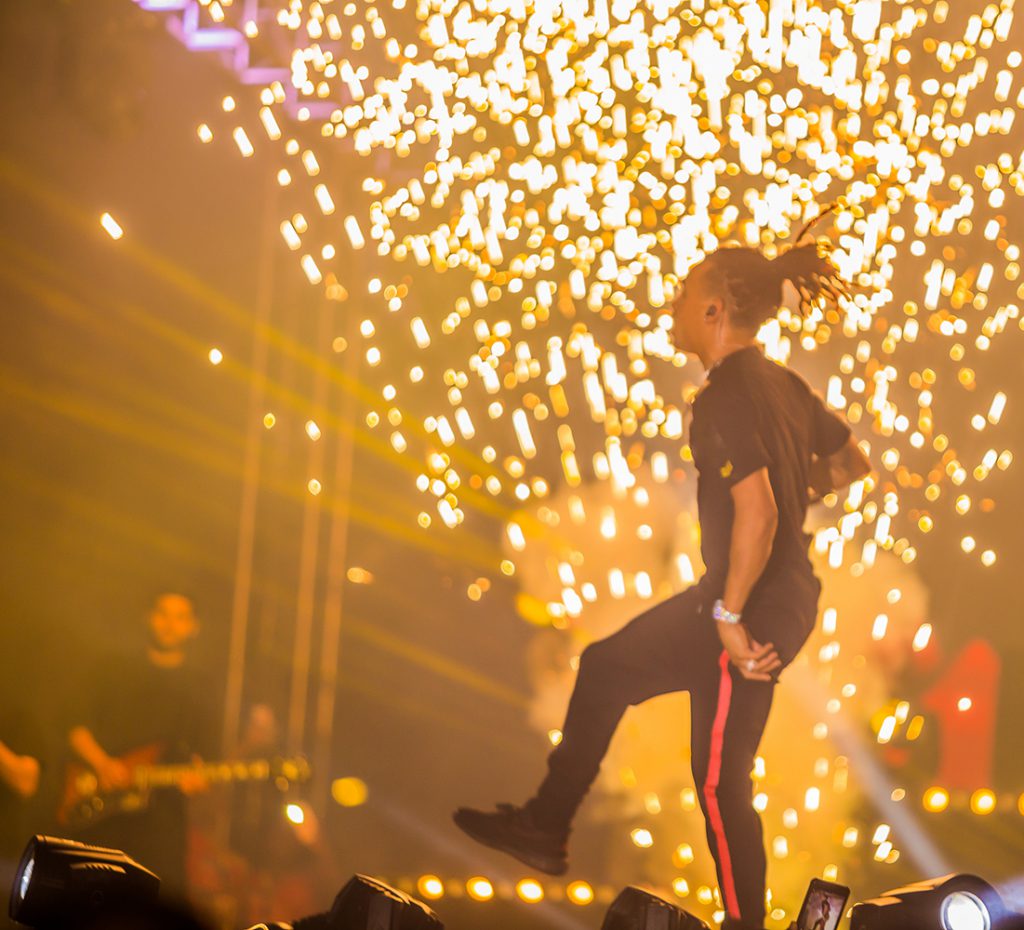