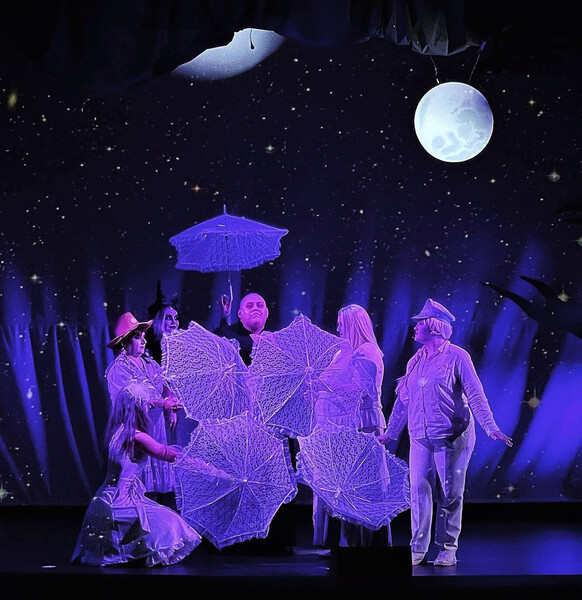 VANDERGRIFT, PA – “Normal is an illusion. What is normal for the spider is chaos for the fly.” So wrote the American humorist Charles Addams, whose penchant for poking fun at all things conventional, inspired him to create a series of cartoons that ultimately led to the iconic TV program The Addams Family.

Robert John Baker, channeled this quizzical perspective in July when he was called upon to light the award-winning Andrew Lippa musical based on the famously eccentric clan, at the historic (121-year old) Casino Theatre.

“Before designing this show, I went back and watched some of the old Addams Family programs and the film to see the world through their perspective,” he said. “The way they saw the world was quite different than what we deem to be normal. I wanted that to inform my design.” 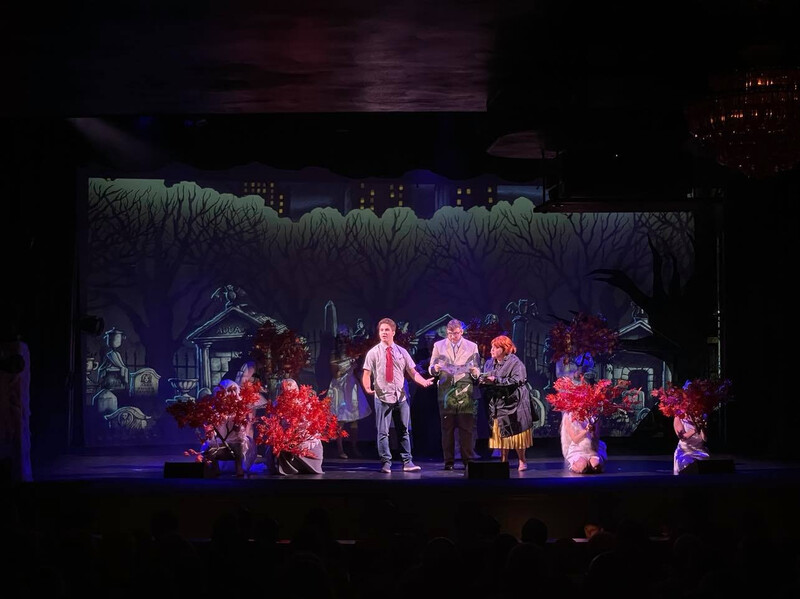 Baker’s empathy for the characters in the Addams Family is readily apparent in the way he uses light to distinguish their unique personalities, express their hopes, and accentuate key moments as their stories unfold in this darkly funny musical comedy.

Helping him convey the family’s emotions, while creating a sense of mystery around them were the CHAUVET Professional Ovation E-910FC ellipsoidal and Rogue R1X Wash in his rig.

Given that color was so critical to reflecting the varying moods in the play, Baker relied heavily on the Ovation fixtures, which were attached to the proscenium and focused on the center stage. “The amber and lime color mixing options in the E-910FC allowed me to create a range of tones,” he said. “I also used these fixtures to colorized some of my props, which was essential to evoking different feelings. 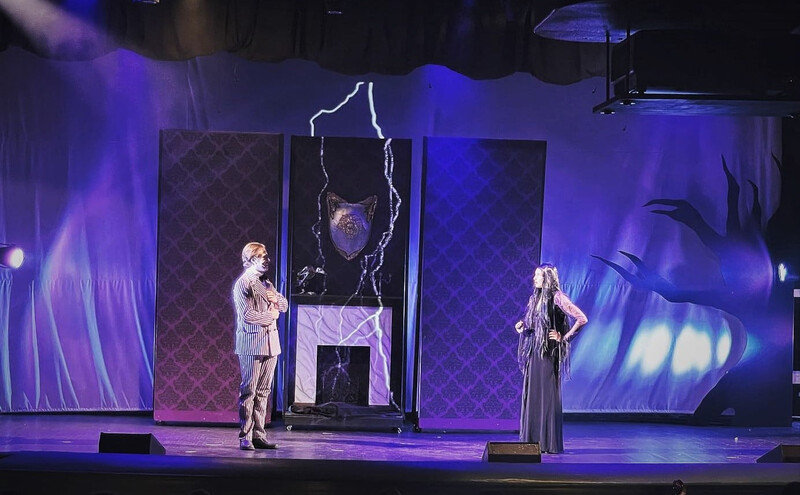 “The set for the production was very simple, so I needed to find ways to guide the audience to where I wanted them to focus on stage,” continued Baker. “I also wanted to create the mysterious and shadowy environment behind the action. Props such as the moon and set pieces, such as the torture device and lounge chair, helped create a pop of bright color among the dark undertones of the rest of the stage.”

Key lighting characters from different angles was another way Baker created an air of mystery and emotion on stage. “Taking a different approach to key lighting was important,” he said. “For example, when Morticia is frustrated with Gomez for keeping secrets, I lit her straight down, creating shadows on her face thus intensifying her look of anger.”

At other points in the show, Baker used side lighting to cast shadows on characters such as Lucas and Wednesday, when the couple discussed keeping their marriage a secret. This allowed Pugsley to lurk in the shadows (with the help of a lot of haze), only to emerge later to interrupt their private conversations. In another part the production, when Fester and the ancestors are crossing the stage, Baker relied on up lighting to cast shadows on the cyc behind them, creating the illusion that the number of ghosts present was even greater than it appeared. 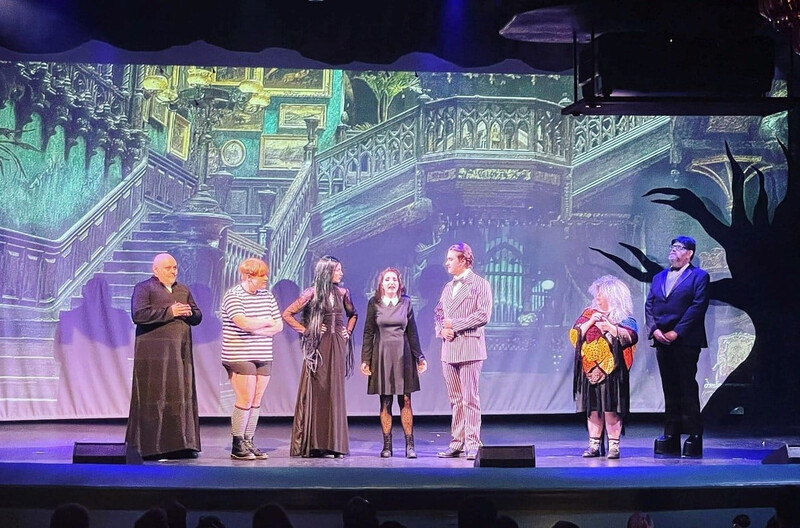 A pair of Rogue RIX Wash fixtures from Baker’s own inventory were instrumental in helping him achieve these effects. “I placed the Rouges in the balcony and used them for face lighting the actors,” he said. “Also, the flexibility of the fixture coupled with the beam angles allowed me to not only wash a group of actors, but also served as a spotlight for several cues in the show.”

Baker relied on deftly placed shadows to conjure up different moods. “When the ghost ancestors were on stage, I wanted to keep them in the shadows as much as possible indicating that they are present, and that they play a role in developing the plot, but not having them upstaging the main story line,” he explained. “The other actors were then washed in the intense bright light to pull the focus to where I wanted it to be. Several other moments in the graveyard scene, as well as Pugsly’s bedroom and torture chamber, were bathed in shadows with very specific areas in the contrasting light.”

During the eeriest moments of the show, Baker used the intense output of his fixtures to cut through the darkness and illuminate the characters in a hopeful light. He particularly liked the final song in the show, ‘Move Towards the Darkness’” with its message that there is always a glimmer of hope even in the most challenging times.

This hopefulness, he says, is how he approached the design of this show. It is a philosophy worth following, regardless of how one defines “normal.” 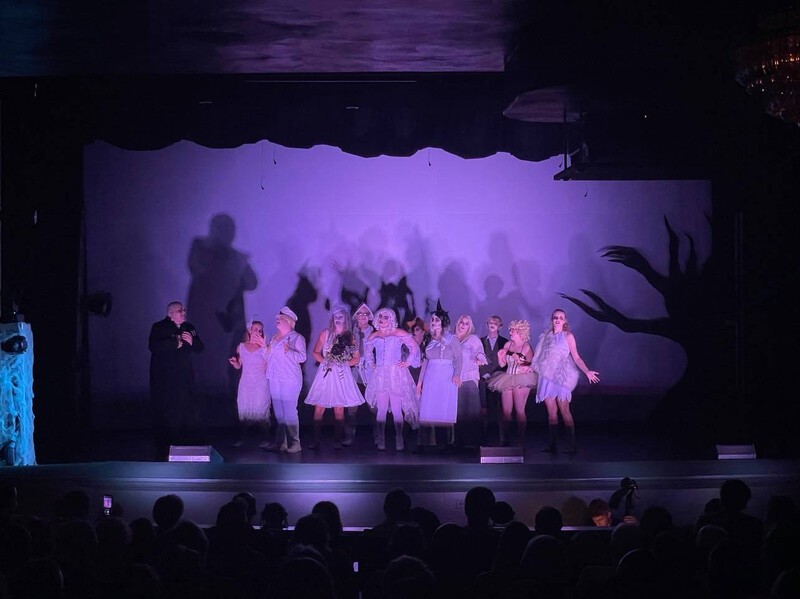