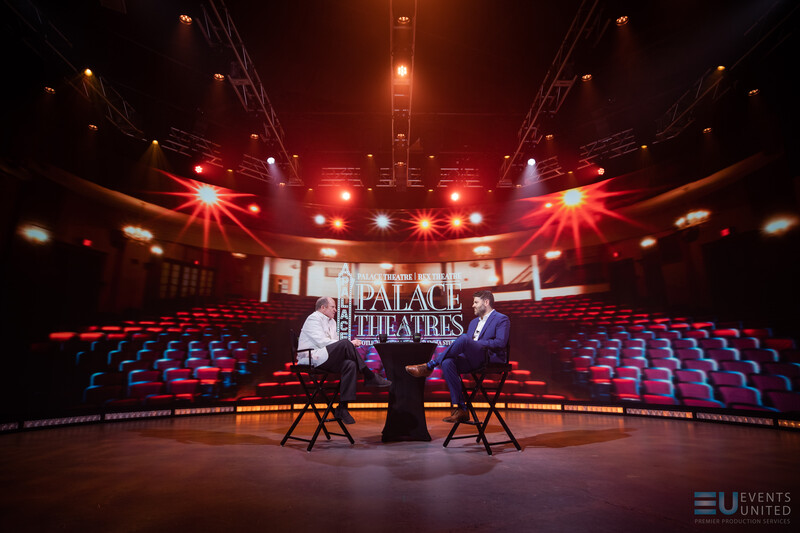 Stepping inside the Palace Theatre with its sweeping curves and imposing balcony has long been a special treat for New Englanders. On July 15, thousands of them got to enjoy this experience again on a virtual level during a livestreamed Citizen of the Year ceremony honoring the theatre’s president, Peter Ramsey.

The 40-minute event didn’t take place at the downtown Manchester theatre itself, but 11 miles away, at Studio Lab, where owner Tim Messina and his team at Events United used 128 of our F2 LED panels to build a massive curved video wall that augmented reality by displaying a dynamic and immersive 3D replica of the iconic building’s interior.

Measuring 52 feet wide by 13 feet high, the wall provided Messina and his team with a 5,376 by 1,344-pixel canvas on which to create their multi-dimensional panorama. During scenes when the honoree was interviewed in front of this realistic setting, viewers got the sensation that they were watching things unfold from an upstage position inside the theatre, with its seats in the background. 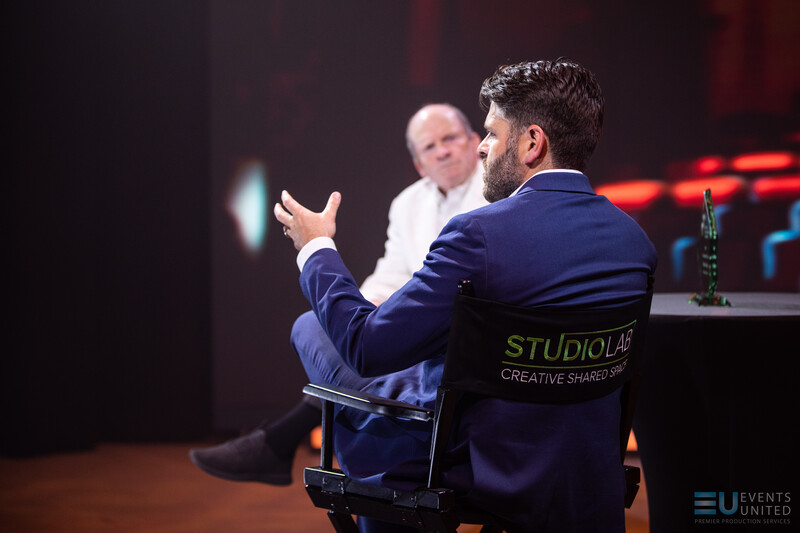 “It was important that we included imagery of the theater in the program,” said Messina. “Our client for this event, The Greater Manchester Chamber, provided us with a photo from the stage of the theater. This image was used during an interview with Peter Ramsey and worked very well to create the sense that the interview was taking place at the theater, rather than in our studio. In the image there are theatrical lights pointing towards the camera, we mimicked those lights with Rogue R1 washes to make it appear as though we were actually in the theater. Even in person, the image was extremely convincing.”

For other segments of the ceremony, the curved wall provided a deeply textured setting that gave a live in-person quality to the proceedings. This is precisely what Messina had in mind when he invested in the equipment needed to create the backdrop.

“We just acquired the added F2 panels with curve kits for the purpose of building curved video walls,” he said. “Having the ability to curve the video wall around our stage area has been transformational to our productions. The backdrop now wraps around the talent, while also allowing us to create multiple environments at the same time.” 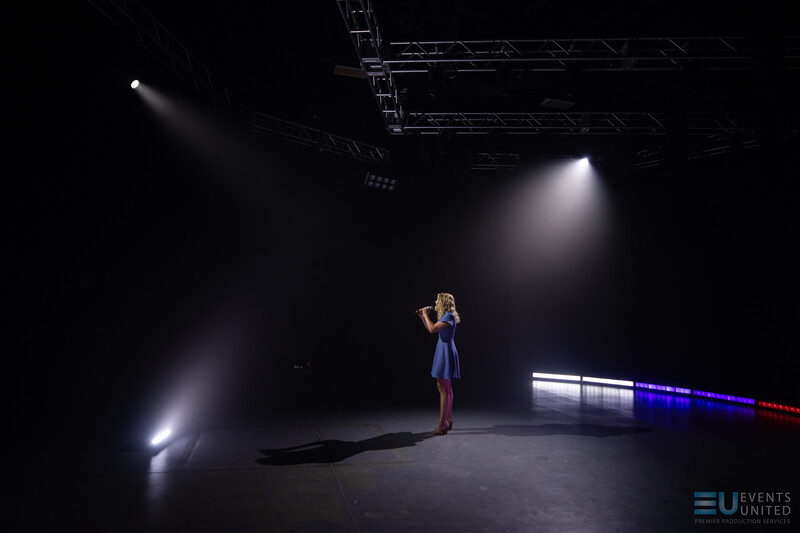 Building and working with the curved wall for the livestream camera has been a learning experience for the Events United team, but everyone has been happy with the results.
The addition of the wall required changes in how the design team approached lighting.

“When filming against a video wall, one of the biggest challenges that we have is balancing out the lighting,” said Jon Martell, Production Design Manager at Events United. “This is even more of a concern with the curved wall, since it produces light behind and to the side of the talent.

“Overall, having the curved wall has only increased our creativity with lighting,” continued Martell. “We view this as a way to develop more interactive lighting/video content for our livestreams.” 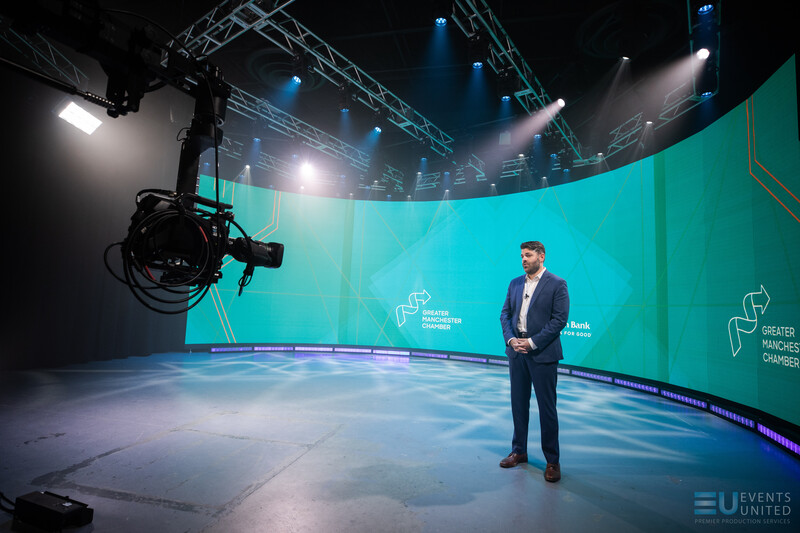