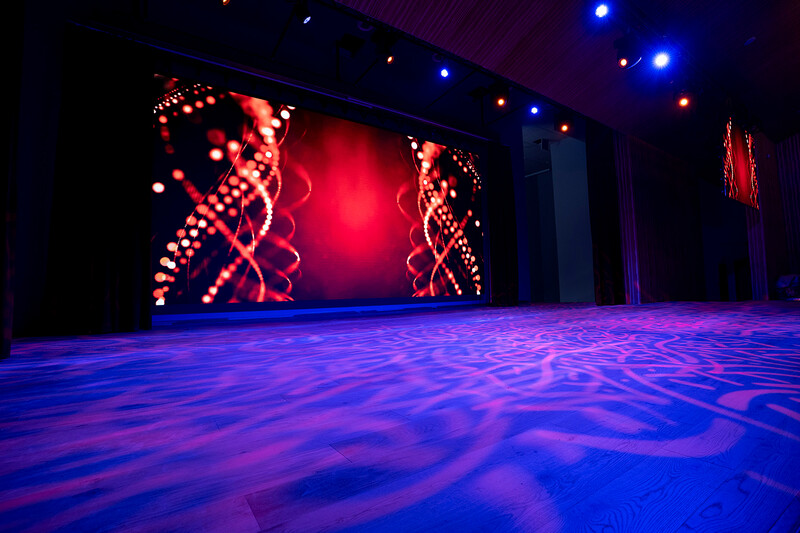 DUBAI – Built in 1971 on land granted to it by Sheikh Rashid bin Saeed Al Maktoum, the award winning Al Rashid Al Saleh School is one of the oldest in the United Arab Emirates. Since that time, the 2,600-student, K-12 school has made invaluable contributions to UAE society, through its dedication to education and the community at large.

Both of these commitments were driving forces behind the development of the school’s new theatre. “Even though this is a school theater, our clients wanted it to have complete flexibility in terms of hosting external events and activities,” said Kevin Boujikian, General Manager of Provision AVL, which designed and supplied the audio, video, lighting and trussing system for the theatre, working with architectural lighting supplier Murano Lighting. “This was a gratifying and challenging project and I’m thankful that ECCE (Engineering Consulting Company) entrust the design and implementation to us.”

Given the diverse roles it’s expected to fill, the Al Rashid Al Saleh School Theatre required a large and flexible lighting system, according to Boujikian. The Provision AVL and Murano Lighting teams provided this with a rig comprised of 62 CHAUVET Professional fixtures, including some, such as its eight high output STRIKE 4 units, that aren’t typically found in school theatres. 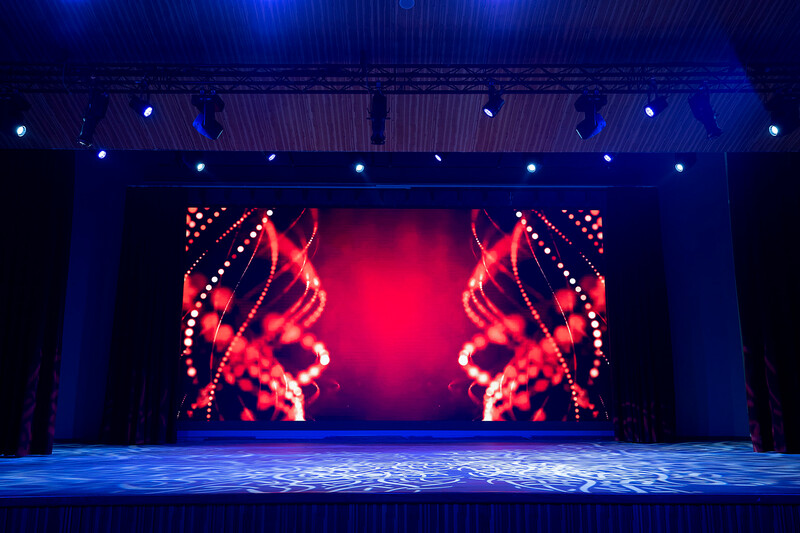 “Being a multi-purpose venue, the lighting designer felt it would be a good idea to have that many Strike 4s,” said Boujikian. “There is a tradition of using blinders in various events and shows in this region.”

Broadcast and livestream applications make up a significant part of the theatre’s schedule, as do traditional theatrical plays. To provide impeccable stage and key lighting for these productions, the theatre has seven Ovation E-910FC ellipsoidal and 19 Ovation F-265WW Fresnel fixtures. Hung on downstage and mid-stage electrics, these fixtures increase design options through their 16-bit dimming, which results in smooth fades.

The RGBA-Lime Ovation E-910FC fixtures also bring an added element of color to designs. “One of our favorite fixtures is the E-910FC,” said Boujikian. “It excels as both a key light and a wash. In this venue we outfit them with 26, 36 and 50-degre lens tubes.”

Also contributing to the stage’s color palette are the rig’s 12 COLORado 1-Quad Zoom fixtures. Flown over the entire width of the stage, the RGBW LED wash lights are able to transform looks by immersing the entire deck in richly saturated colors.

A collection of eight Rogue R2X Spot fixtures are used to add movement, color, and texturizing gobo patterns to the stage. Complementing them are eight Rogue R2 Wash fixtures. “The movers greatly expand the theatre’s flexibility, which given its diverse mission is very important,” said Boujikian. 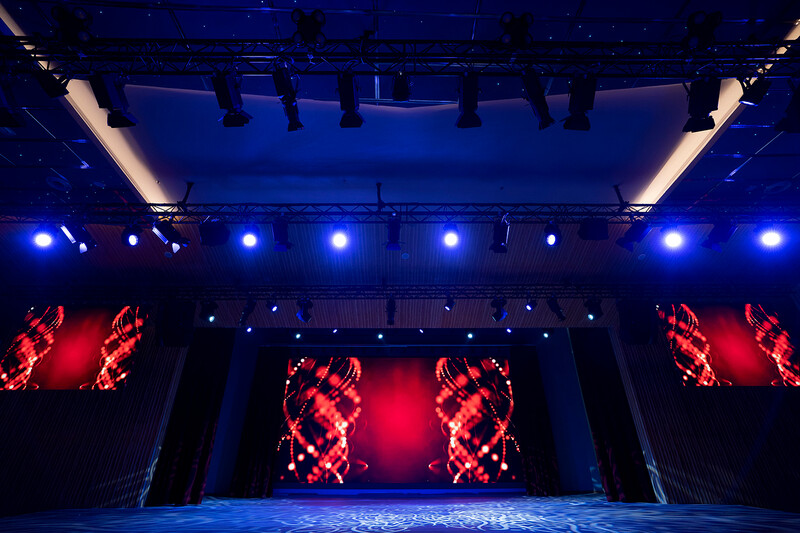 Completed in 2020, the Al Rashid Al Saleh School Theatre presents a stylish and elegantly seamless image. However, achieving this pristine state was not without its challenges. The theatre was mostly complete two-years ago when delays forced the installation of the audio and lighting system to be postponed.

“We had to work around the false ceiling, fire alarm/sprinkler system, conduits and HVAC system that were already in place when we began our work,” said Boujikian. “It was necessary for us to install a two-layered trussing grid –primary with spreaders above the false ceiling, and another underneath the ceiling — in order to be able to get the audio, lighting, and screens on the trussing.”

Thanks to this ingenuity, the design challenge was met, and the Al Rashid Al Saleh School wound up with a state-the-art-theatre that does justice to the vision that Sheikh Rashid bin Saeed Al Maktoum had when he granted the land for this school all those years ago.