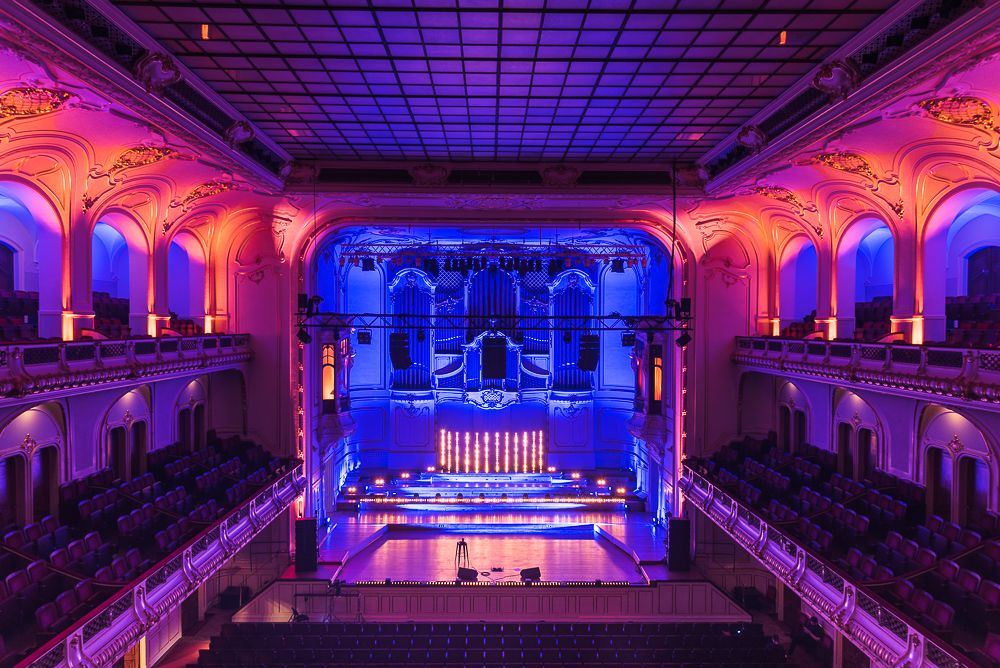 HAMBURG, GERMANY – Built in 1908, the Laeiszhalle concert hall enchants visitors with its many unique architectural features, such as the towering organ integrated into the back wall of its stage. This made the historic venue an ideal setting for “Hype,” an on-demand Netflix production by and about the award-winning comedian and author Felix Lobrecht.

No stranger to German fans, Lobrecht has rapidly risen to become one of the country’s most sought-after stand-up comedians as a result of his television shows and books. Following his first live tour, the highly successful “kenn ick,” he launched “Hype” in early 2020.

The appearance at Laeiszhalle was a stop on the Hype tour. As things turned out, it also wound up being the site of his stand-up special on Netflix, which was published on the streaming service in November 2020. Supporting this recorded performance was setting created by the PROTONES team from Lüneburg, and a lighting design by Alex Schmidt that featured over 75 CHAUVET Professional fixtures. 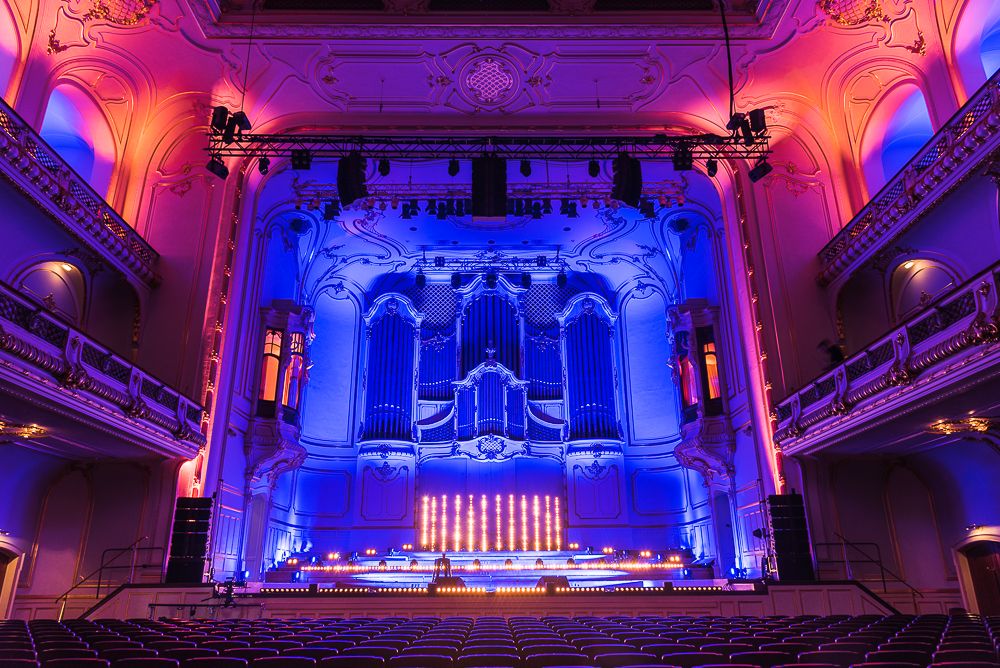 Led by project manager Niklas Martin, the PROTONES team took care to accentuate the extraordinary setting of this location, not only for the limited socially distant live audience, but also for those who would watch the on-demand production audience at home. Working with Schmidt, the PROTONES team created a look that supported the artist on stage, while also emphasized the remarkable ambience of the hall, an aspect of the production that was important to Felix Lobrecht himself.

“Our instruction from the client was indeed very specific about the appearance that the artist wanted for this show,” said project manager Martin. “The special feeling you get from the location should be recognizable and visible in every scene. In practice, this meant that if possible, truss systems should be avoided or at least minimized. So, our focus was on a floor setup so as not to block the view of the dominant organ behind the artist, for example. ”

Regarding the overall look of the show, Schmidt noted that the team had to create a compelling design without compromising the special qualities of the venue. “Everyone, the artist and the production company, wanted the architecture of the Laeiszhalle to be very prominent in this production,” he said. “We wanted the environment to speak for itself. We did not want the image people saw at home to look like a typical sterile television studio. And of course, the image for the camera had to be absolutely perfect in order to be used for such a first-class broadcast production. ” 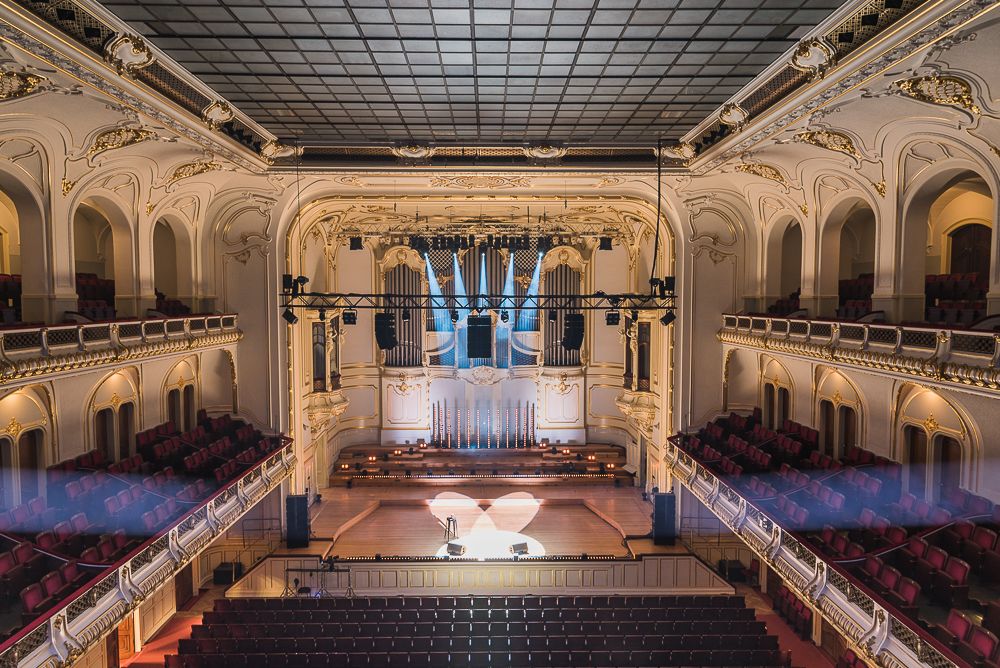 While accentuating the distinctive characteristics of the hall, the design team appreciated that some areas of the venue had to fade into the background at some points for the sake of the broadcast production.. “We had to direct the light exactly where we needed it, while keeping some areas in the dark,” said Schmidt. “That is why it was important to use fixtures with a small footprint and an extreme zoom function.”

Meeting this criteria were the rig’s 43 Rogue R1 BeamWash units. “The BeamWash was ideally suited to illuminate the organ on the one hand, but also to produce beam effects on the other,” said Schmidt. “The lamp is incredibly versatile and extremely compact, especially for architectural and effect lighting. ”

“We were also very pleased with the way in which the STRIKE blinders acted as replacements for conventional blinders in parts of the set,” said Schmidt. “Thanks to their redshift function, we didn’t have to make any compromises with these LED fixtures compared to conventional blinders. The MK3 Profiles and MK2 Profiles also turned out to be ideal choices. Controlled by a FollowMe system, we were able to achieve close coverage of the actor’s lighting. This contributed significantly to the balanced light setting. ”

Balancing the venue’s magnificent architecture with the stage itself, the overall design created a smoothly flowing and holistic setting for Felix Lobrecht’s 60-minute performance. In so doing, it contributed to the creation of an on-demand production that reflected well on this rapidly rising star. 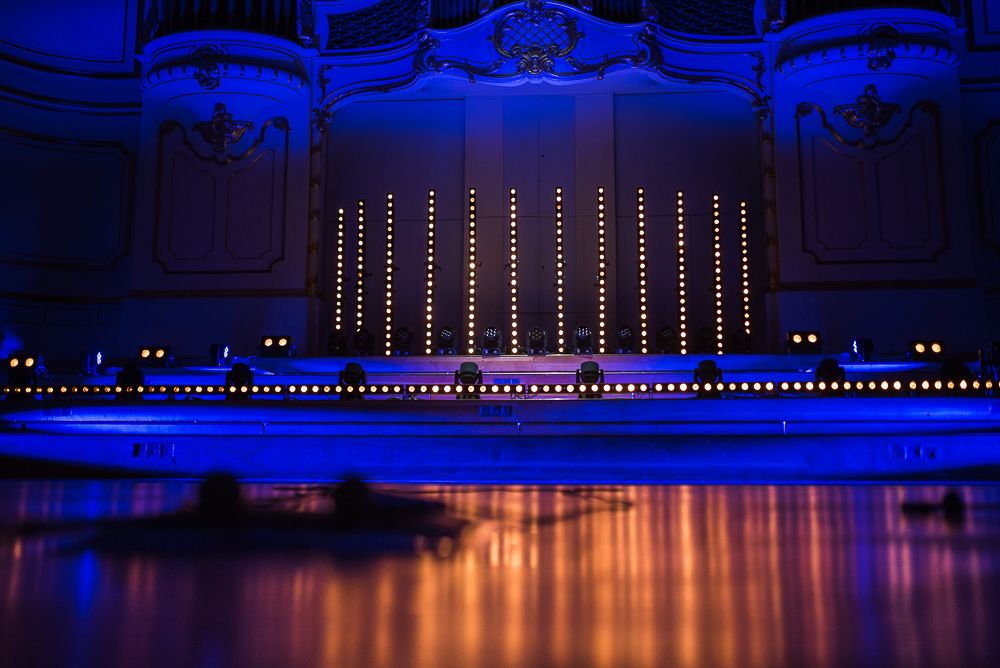