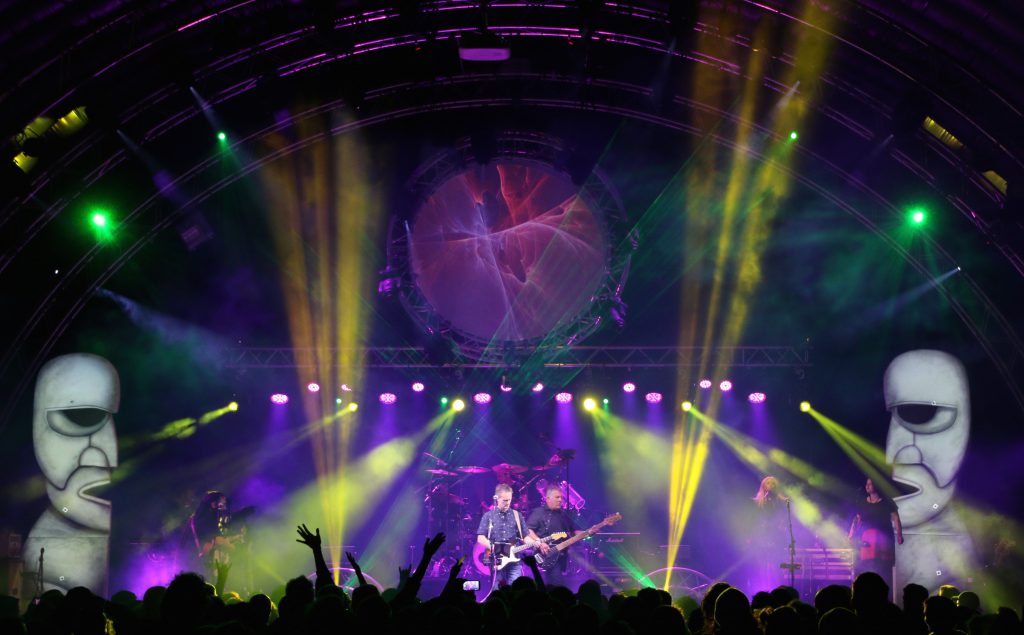 Auckland, New Zealand – It was never just about the music with Pink Floyd. True, the psychodelic licks laid down by the Rock and Roll Hall of Famers broke new ground, and yes their music resonates as vibrantly today as it did decades ago – but this band is remembered almost as much for its eye-popping shows as it is for its songs. Pink Floyd’s legacy of bright, visually powerful stage productions lives on today in New Zealand, thanks to a tribute band formed (quite fittingly) by a lighting designer who uses the color and intensity of CHAUVET Professional fixtures to create lightshows that do the group’s legacy proud.

“We want to celebrate the Pink Floyd experience, not just with music but with lights and the entire stage presentation,“ said Anthony Macdonald, the LD who created the show. “Lighting was essential to the original Pink Floyd experience, so we try to replicate that feeling, but with the efficiency and intensity of today’s fixtures.”

“I incorporated the STRIKE 4 fixtures into the show primarily as audience blinders. They evoke the same warm white look as the old incandescent blinders of earlier decades,” commented Macdonald, who positioned two STRIKE 4 fixtures on front arched truss. “The brightness of these fixtures is pretty astonishing and gives great emphasis to certain climactic moments during the set.”

Although Macdonald specified the STRIKE 4 primarily as a form of blinder, there are moments in the set where its other features come to the fore. “The warm white tungsten effect of the LEDs is also ideal to be used as a soft wash when required,” he said. “This certainly gives us a few different options with regards to looks.”

Macdonald also specified five COLORado Zoom WW Tour fixtures to complement the warm white looks of the STRIKE 4. “I specified the COLORados for their zoomable dedicated white,” he said. “These things really glow – not your typical LED source.”

A selection of Rogue RH1 Hybrid fixtures was placed on above stage truss to cut beams through the entire glowing stage visuals. “The output of the RH1s was great to punch through all the other lighting onto the lead singer,” said Macdonald. “I really like the sharpness of the beams. Not only are they powerful, they’re fast too. Exactly what we need for quick changes of looks and little accentuations here and there.”

Along with the RH1s, Macdonald also specified a selection of Rogue R1 Spots scattered along overhead truss. “The R1 Spots acted as a good counterpoint to the RH1s,” continued Macdonald. “The spots were able to fill in the gaps and add texture to the overall stage, especially with their interesting prisms and color combinations.”

The acceptance that Eclipse with Pink Floyd is enjoying throughout New Zealand is especially gratifying for Macdonald. “This is more than just business,” he said. “It’s a pleasure to play these songs on stage, and, thanks in part to our lighting rig, it’s even more of a pleasure to know that we’re creating a visually stimulating atmosphere for the fans. That’s what Pink Floyd was all about.”