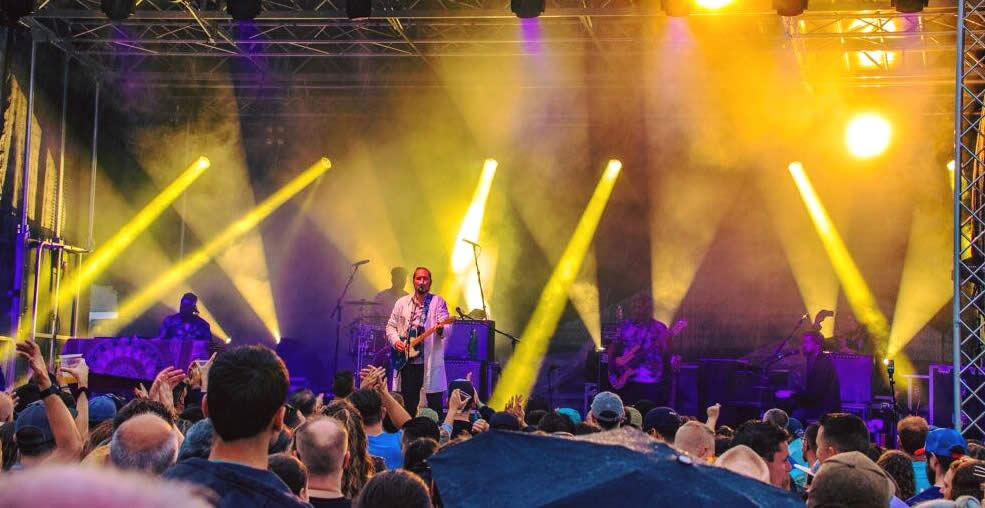 BRANFORD, CT – A light rain was falling intermittently on the July evening when Citizen Cope took the stage at the Stony Creek Brewery, an outdoor music venue just off the Long Island Sound. The weather didn’t affect the large crowd that turned out to see the widely acclaimed singer-song writer who was in the middle a national tour in support of his “Helicopters and Heroin” album. It did however, present his lighting designer, Peter Spadaro III with an inspiration.

Seeing the mist roll in off the sea on a drizzly night, Spadaro directed his rig’s CHAUVET Professional Maverick MK1 Hybrid fixtures into the crowd. Using the natural elements as a giant hazer, he filled the air around the stage with an immersive panorama of refracted light and patterns. 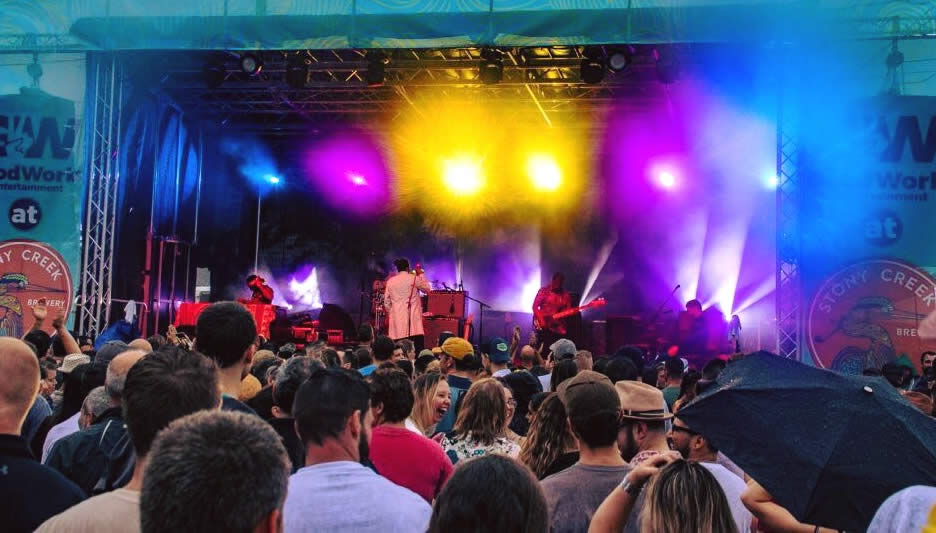 “The music and the atmosphere of a venue really dictate my design, so I keep things free flowing,” said Spadaro. “During this show there was some rain, and the air was nice and thick, so I was able to take advantage of the natural haze hanging in front of the stage by directing light out into the audience, even though it was still a bit bright outside. This allowed me to utilize a few positions I normally wouldn’t be able to use during daylight hours.”

By adjusting his show to its environment, Spadaro not only reflected Cope’s music, he also mirrored his client’s creative philosophy. A true original, Cope mashes a mind boggling array of musical genres in his performances, flowing seamlessly from reggae beats to rock riffs, to classical tinged piano interludes, all without ever wavering from his own authentic voice. 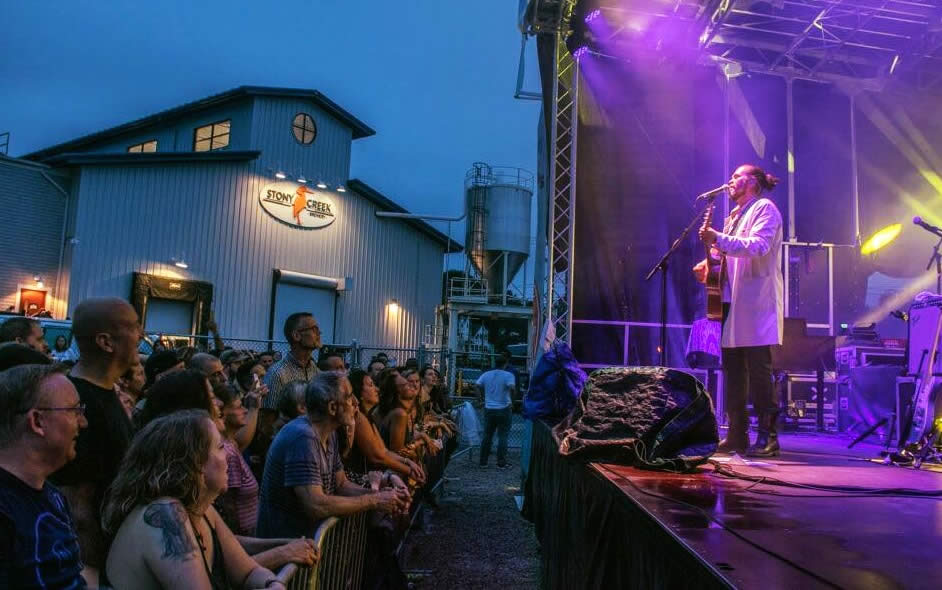 “Working with Cope keeps me on my toes, and calls for me to be very versatile,” said Spadaro, who has been lighting the artist since February. “I allow the beauty of his songs to drive the lighting in a completely natural and organic way, which really works for this tour.”

This free-flowing design approach was on full display at the Stony Creek Brewery show. Adding six Maverick MK1 Hybrid fixtures, supplied by High Peak Productions from Saratoga, NY, to his floor package, Spadaro wove a tapestry of gobo patterns and overlapping fixtures that brought a deep, evocative visual dimension to the multi-faceted music being performed on stage. 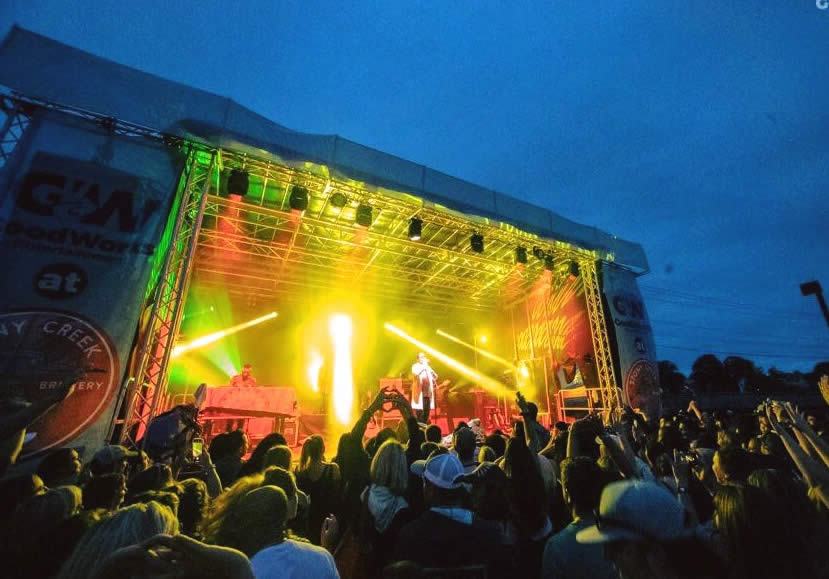 Overlapping downward and upward beams from the Mavericks and Rogues, Spadaro filled the stage with color, transforming it into a lightbox for some of Cope’s more intense numbers. At other times, he used the Rogue R1X Spots for intense aerial effects, specials, and audience lighting.

Working his Maverick and Rogue fixtures seamlessly together, Spadaro created a procession of redolent looks that flowed effortlessly through the 20-song set. All of it appearing as natural as Citizen Cope’s artful mashups — or the mist blowing in off the Sound on a summer evening.