LOS ANGELES – Floating gracefully across the stage, at times in formal attire that was as crisp and precise as their pivot turns and pirouettes, Maksim Chmerkovskiy, Peta Murgatroyd, and Valentin Chmerkovskiy epitomized the elegance of ballroom dancing on their recently-concluded Confidential Tour. Beyond this rarified display of style, however, the trio, who are famous for their roles on ABC’s Dancing With The Stars, also told moving personal stories during their 90-minute show. Supporting the choreography as well as the biographical narrative of their performance was a multi-faceted lighting design by Peter Morse that featured CHAUVET Professional fixtures, supplied by RK Diversified Entertainment.

“In recent years, I have done the lighting for a number of tours produced by Faculty Management that included both the Dancing With The Stars Live tours, and Dancing With The Stars alums Derek and Julianne Hough,” said Morse. “When Faculty and Butch Allen, who did the production design for this tour, invited me to come on board, I was very happy to oblige. Butch’s design provided an excellent canvas for lighting.”

Like the choreographed performance on stage, Morse’s lighting flowed smoothly throughout each show on the 49-city tour, but as was the case with the dancers’ efforts, his seemingly natural design was the result of intense planning and hard work. “Our budget was limited, so I had to cover a lot of area with surprisingly few fixtures or hang positions,” he said. “The best option for highlighting the dance was to go with tormentor positions. Unfortunately, these flown positions were not available, again due to budget, so I utilized 7’ tall pipe and base (three per side) to serve as low-level (maximum height: 7’) side light and shin kicks. In the end, though, the low positions for the sources actually looked quite dramatic.”

The ten Maverick MK2 Wash fixtures and 16 Q-Wash 560Z-LED movers in Morse’s rig filled multiple roles during the show, helping him expand his design options. He placed six of his Maverick units on the downstage truss and flew the remaining four across the upstage truss. The downstage Mavericks served as a front cross wash on the apron area. By creating this cross-stage pattern, Morse was able to evoke the “feel of a cross/tormentor cover,” even though traditional tormentor positions were not available.

Morse relied on the Maverick MK2 fixtures on the upstage truss to serve as both back washes and cross washes. In addition to being the primary source of backlight to the downstage apron, these fixtures did double duty as cross lights for the upstage elevated riser. “There was no cross-light source in that area, so the Mavericks were kept busy covering the dancers when performing in that location,” explained Morse.

For side lighting, Morse used his Q-Wash 560Z-LED fixtures. He mounted three units each on downstage and mid-stage trees positioned to either side of the stage. An additional four units were mounted two apiece on stage left and stage right upstage trees. The fixtures on the upstage trees also played a role in accenting Butch Allen’s theatrical scenic design.

“Whenever possible, I illuminated the exposed support of the set with the furthest upstage side trees,” said Morse. “This gave a strong read to the scaffolding and provided me with another color layer to play with. Of course, the far upstage video wall filled in beautifully.”

Morse is no stranger to designing for dance, having earned international acclaim for his work with Michael Jackson, including the pop icon’s Dangerous and HIStory tours. “There were too few lights on the Confidential Tour to mirror any effects that were used on Michael,” he said. “However, the low side lighting was reminiscent of the way I lit his dance. Shin kicks were a valuable asset in this project.”

Programmer Benny Kirkhasm, who has worked with Morse on many larger projects, including his work for Michael Jackson, programmed the Confidential Tour, while Alyssa Milione served as lighting director. “I was blessed to have such a talented team,” said Morse. “I was extremely proud and gratified to see how we pulled together a complex show with a relatively limited number of fixtures.” 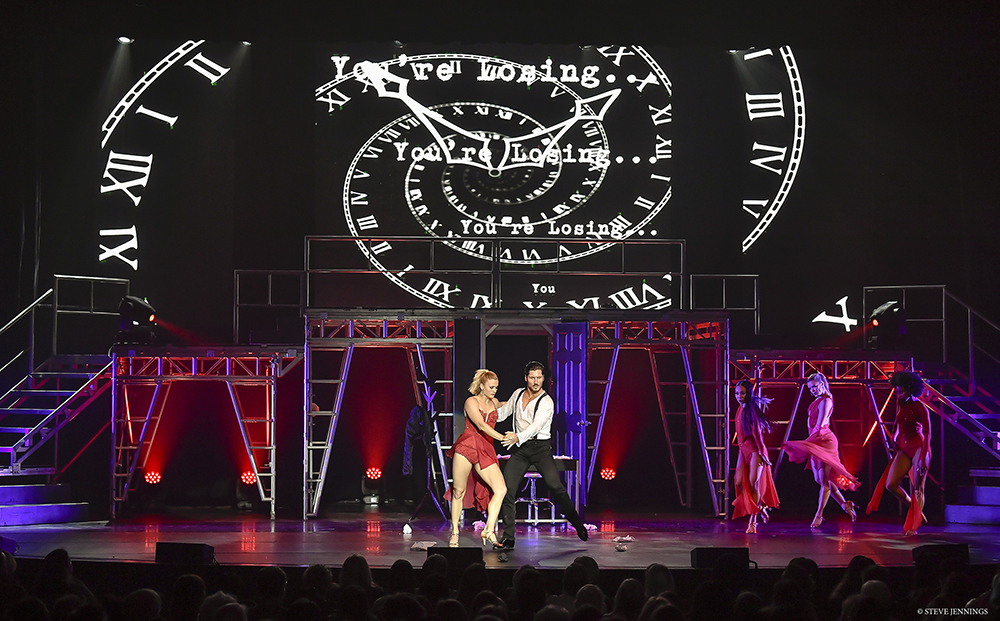