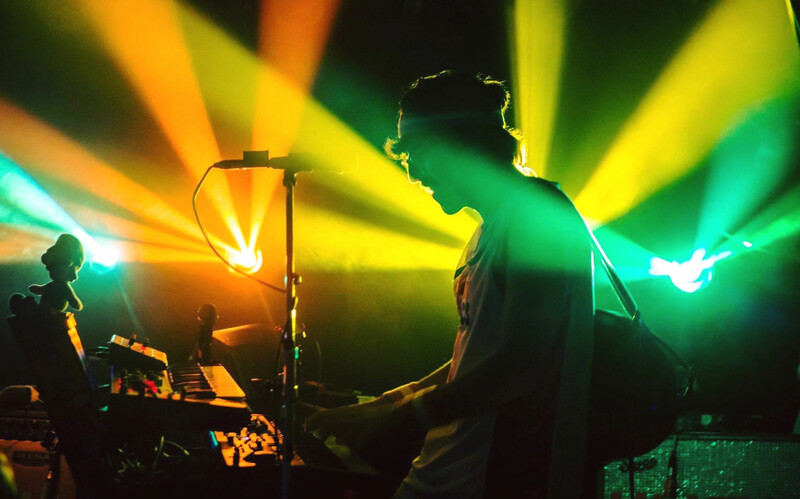 NEW YORK – Peter L. Spadaro III was just about to take a break from a busy touring schedule when he got a call to light a show by the up and coming jam-funk band Goose. Much as he might have wanted some down time, Spadaro, the LD for the red hot Citizen Cope and Matisyahu, jumped at the chance to light the quartet when he received a call from their guitarist/keyboard player Peter Anspach asking if he could fill in for their regular designer.

“It was an easy decision,” said Spadaro, who had just finished a tour the day before. “As a fan, I like their music. They also pull a lot of different influences into their sound, which opens up a lot of creative opportunities for you as a designer. They’re really a lighting designer’s dream.”

To realize his dream with Goose on this night, Spadaro had to overcome one significant obstacle: the small stage at Manhattan’s Mercury Lounge. He was able to meet this challenge in stunning fashion with help from a floor package supplied by Andrew Goedde, the band’s regular designer, that featured eight Rogue RH1 Hybrid, six Rogue R1 Spot, and six Rogue R2 Wash fixtures, as well as two STRIKE 4 units.

“I was glad to have these fixtures from, Andrew’s floor package,” said Spadaro. “This was my first time lighting these guys and I had limited positions for lights, so I wanted to maximize them. I relied on my timing and color combinations to do the talking for me within the limited space available. The Rogues allowed me to build crescendos of light based on the songs Goose was performing.” 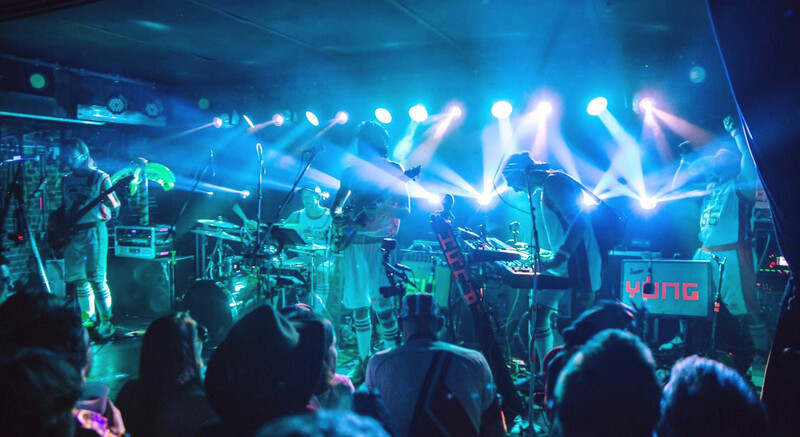 The color rendering capabilities of his Rogue fixtures were instrumental in helping Spadaro convey the different moods weaving through Goose’s music. “My colors were based on the songs chosen by the band,” he said. “Not knowing their transitions and the flow of their jamming, I relied on a few standard color combos and a few that were on the obscure side that translated well. I took a few risks, and it payed off in the long run.”

With the venue stage being considerably smaller than the ones Spadaro normally works with, he relied on “weird angles” of side lighting and backlight to create extra depth and dimensionality. He often mixed vivid colors with stark white light when backlighting band members to accentuate the complexity of their sound.

“Silhouetting the band members on this relatively small stage created an evocative mood,” said Spadaro. “Another thing it did was give me more options to create new looks even with the relatively small number of hang points.”

Drawing on the wide zoom range of his Rogue fixtures, Spadaro also kept a flow of new looks coming by creating different crossing patterns of light behind and around the band throughout the show. With the architecture of light patterns changing as a result of the beam sizes, the stage looked bigger and more complex, much like the sound of this promising band.

Describing Goose as “a group of really excellent musicians,” Spadaro predicted “big things” in their future. When they do move on to larger and larger stages, the band will be well- served to be supported by lightshows that were as imaginative as this one.