The latest hit single from Justin Quiles “La Botella” has inspired a challenge among his legion of devoted fans that calls on them to dance to the rhythmic sways of this song with a bottle on their heads without having said bottle fall. While his fans may accomplish this feat with varying degrees of success, maintaining a sense of equilibrium seems to come quite naturally to this Puerto Rican-born star, not only in his smooth moves on stage but also in the way he balances different musical influences in his reggaeton sound.

Both were on full display this December when Quiles made his first Venezuelan appearance in six years, giving a concert, with production managed by Oz Shows, at the Universidad Santa María in Caracas.

Moving effortlessly with him throughout his 16-song set was a vividly colorful light show designed by  Jeremy Danis of Oz Shows, with production by Edgar Figuera and programming by Milton de la Cruz that featured 50 CHAUVET Professional fixtures. 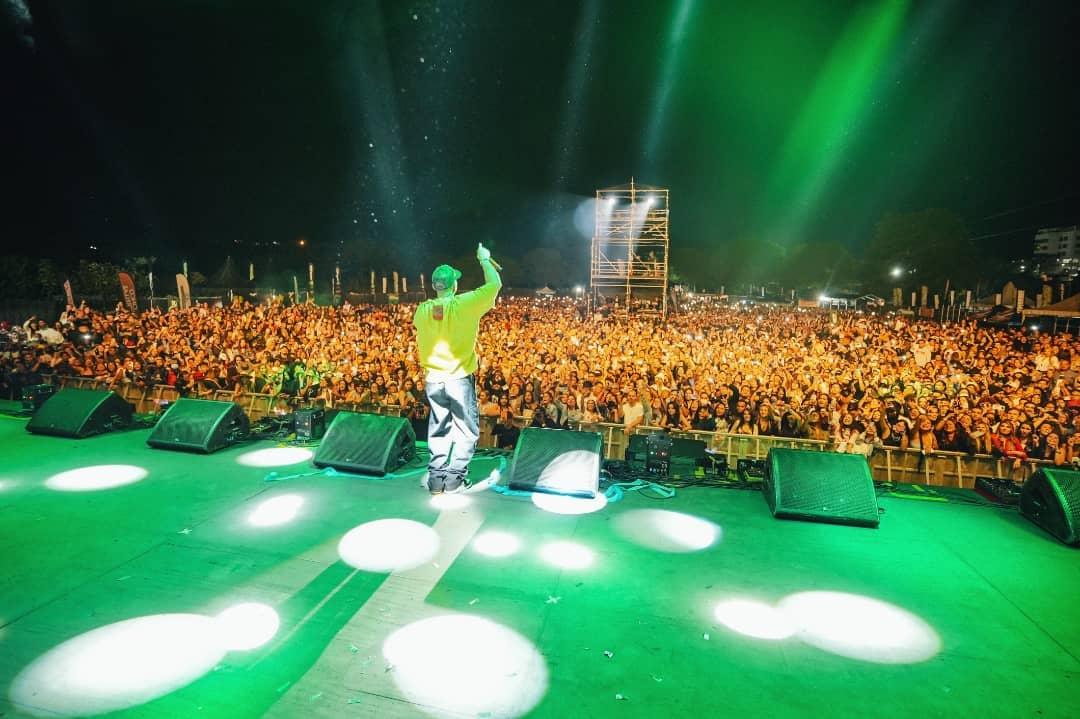 Anchoring the rig were its 24 Rogue R1 FX-B fixtures. The RGBW linear units, each with five pixel mappable and independently controlled moving heads, were arranged on an overhead truss grid that spanned the entire width of the stage.

Some of these fixtures were flown on horizontally oriented truss, while others were positioned on vertical lines.  This configuration opened a broad array of design options, something Danis and the production team took full advantage of by orienting the independent moving heads in multiple directions.

At times the design team had turned off some of the FX-B fixtures, while having other units glow brightly.  Choreographed in different patterns overhead, the fixtures flowed seamlessly with the smooth movements of Quiles and his dancers, while at the same time adding an immersive vertical dimension to the stage. Their intense output (6,008 lux at five meters) along with their tight beam angle, allowed them to pierce through other light sources and atmospherics. 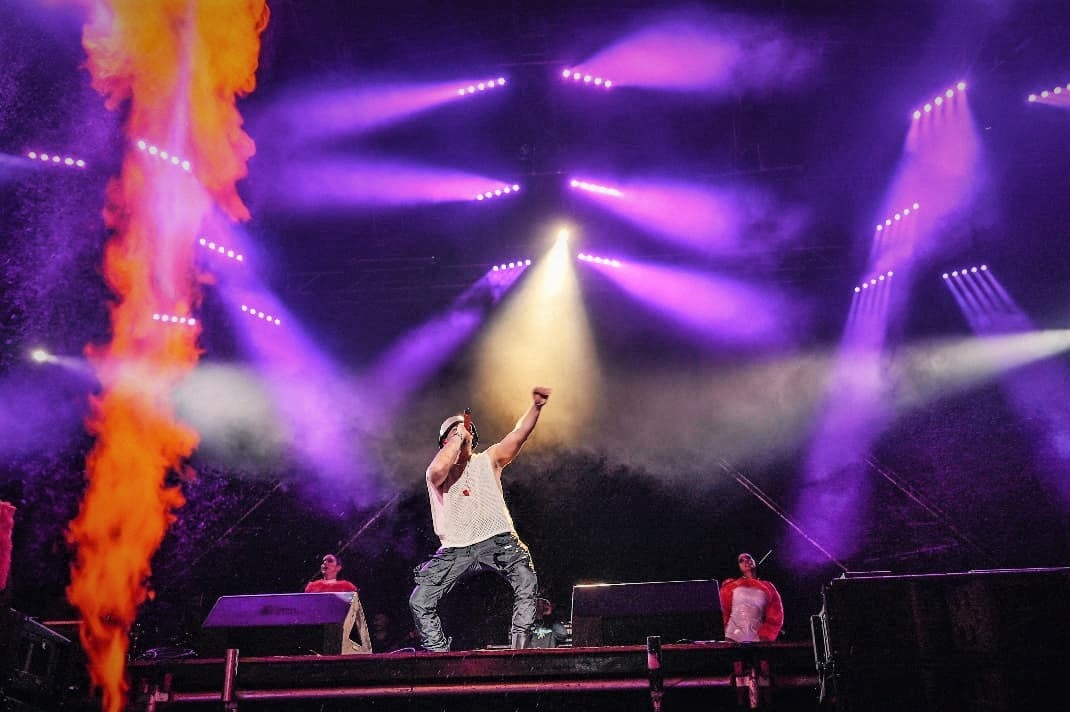 Adding to the boldness of the design, while creating a powerful accompaniment to Quiles’ performance, were the rig’s 14 STRIKE 4 fixtures. The warm white glow of these high output units also helped create an immersive atmosphere for select songs.

Also included in the rig were 12 COLORado Batten Quad 6 fixtures. Like the five moving heads in Rogue R1 FX-B, the six RGBA LEDs in this linear wash are individually controllable, a feature that gave rise to even more design opportunities for the OZ Shows team.

Balancing these many creative options as artfully as the best La Botella dancer, they delivered a light show that moved with the graceful silkiness of the artist on stage.