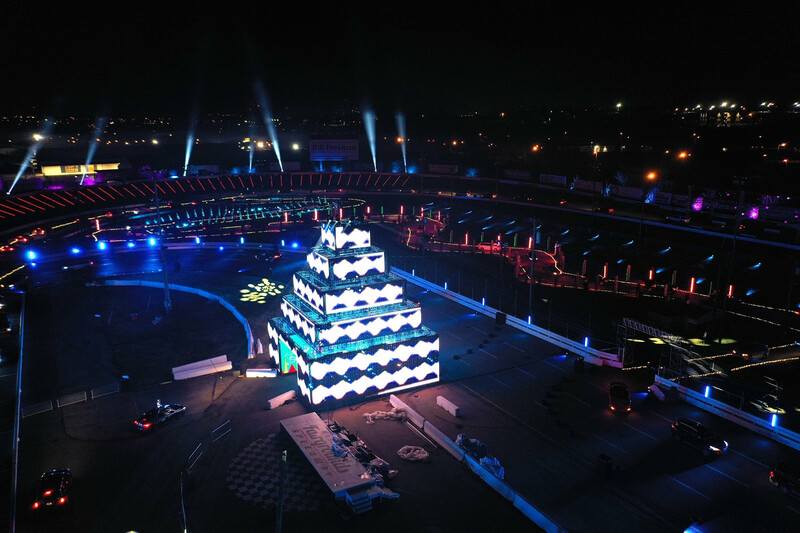 NASHVILLE – Forget sugar plums dancing in their heads. The kids (and adults!) who visited EAMOTION’s Jingle Beat this holiday season are likely to have far more vibrant and dynamic images tickling their imaginations.

Held at the Nashville Fairgrounds Speedway this December, the two-mile fixed drive-thru experience (the brain child of Cour Design founders Erik Anderson and Gordon Droitcour) served up a nonstop procession of dazzling visual treats, ranging from its 50‘ Pyramid centerpiece animated by 400‘ of stunning pixel mapped images, to “The Helix,“ a sprawling, brilliantly lit structure made of 52 sticks of 10‘ box truss each raked at a different angle.

Helping to tie the multi-faceted attraction together with a rainbow of vivid color was a collection of 186 CHAUVET Professional COLORado fixtures, supplied by 4Wall Entertainment. 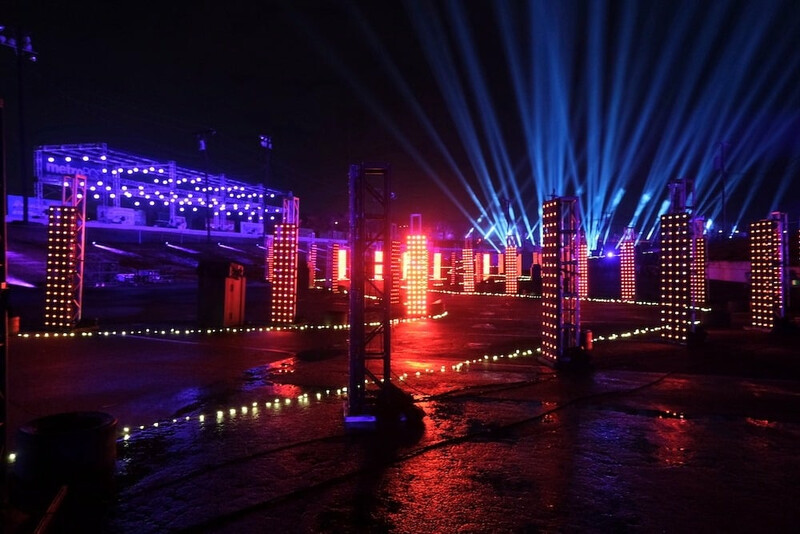 Anderson, who served as production and lighting designer of Jingle Beat, and his team placed 136 COLORado 2 Solo par-style fixtures and 50 COLORado Solo Battens throughout the entire drive-thru. From these varied positions, the fixtures blanketed the site with color, while also helping to highlight key attractions.

“Because we had such a large surface area to cover, some of our best looks were done by ‘painting’ the track and grass areas with light,” said Darien Koop, of Design Darko, who served as assistant lighting designer and programmer for Jingle Beat. “We did this with the help of the COLORado LED pars, spreading them out over the grounds. We got a pretty big bang by using the pars to light areas that covered roughly 48000 sq. ft.”

The design team, which included Notan Creative’s Bobby Grey (associate lighting and production design as well as programmer), also illuminated specific parts of the driving path side-to-side with the COLORado 2 Solo par units for an added production element. This included lining the exit road path with colorful light; a nice touch that made guests feel as if they were still a part of the show, even after they officially exited. 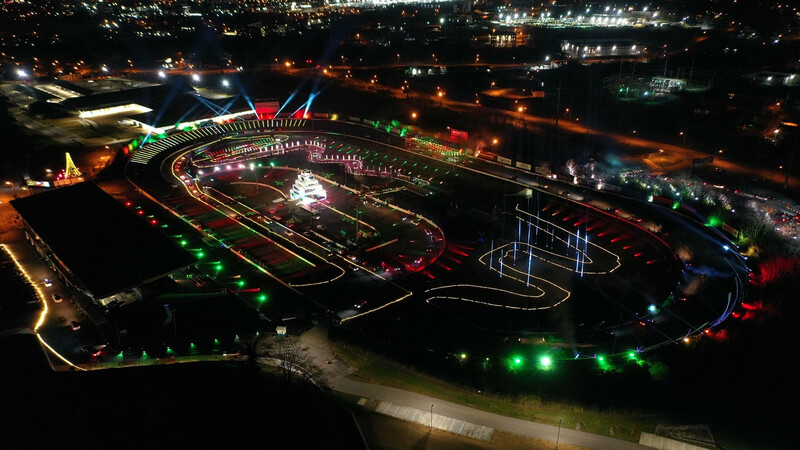 Also receiving attention from the par fixtures was the Helix. The design team added to the impact of this massive structure by uplighting each of the truss sticks that were used to construct the 200’ long by 50’ wide display.

While the COLORado pars were illuminating large areas of the track, the batten units were focused on the infield. “We used these vertical fixtures to line the entire interior section of the track,” said Koop. “This created an immersive experience of color and intensity as visitors entered that portion of the drive. We spaced the battens roughly every 16’ and created a full oval surrounding our main centerpiece: the Pyramid.”

Not surprisingly, given the scope of the project, Jingle Beat, required a massive team effort involving over 200 people, including executive producer Tyler Trussel, Emily Pierce and Tyler Walker and Joey Cicak of EAMOTION, Tony Caporale, Nate Smith, and Bryan Stubblefield, as well as vendors Gallagher Staging, 4 Wall, PGP, and LMG. 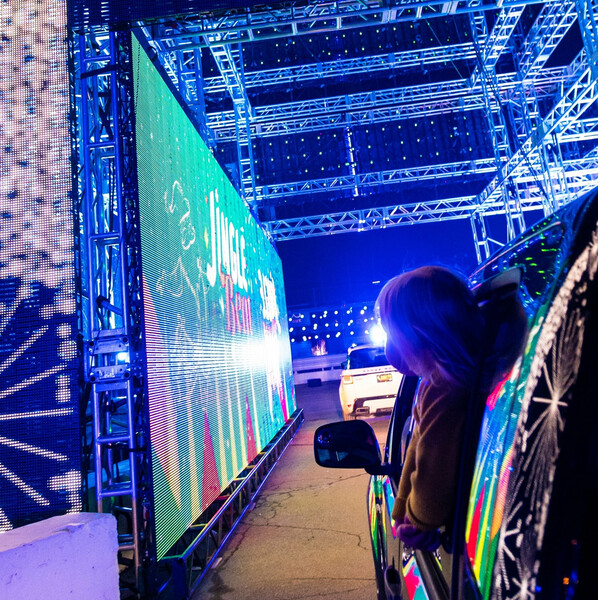 In many ways, all agreed, a project like Jingle Beat was all about coordination, whether it involved the hard work of a large creative team, or a vivid color-scape that managed to pull this diverse and imaginative drive-thru attraction together into a single flowing panorama.