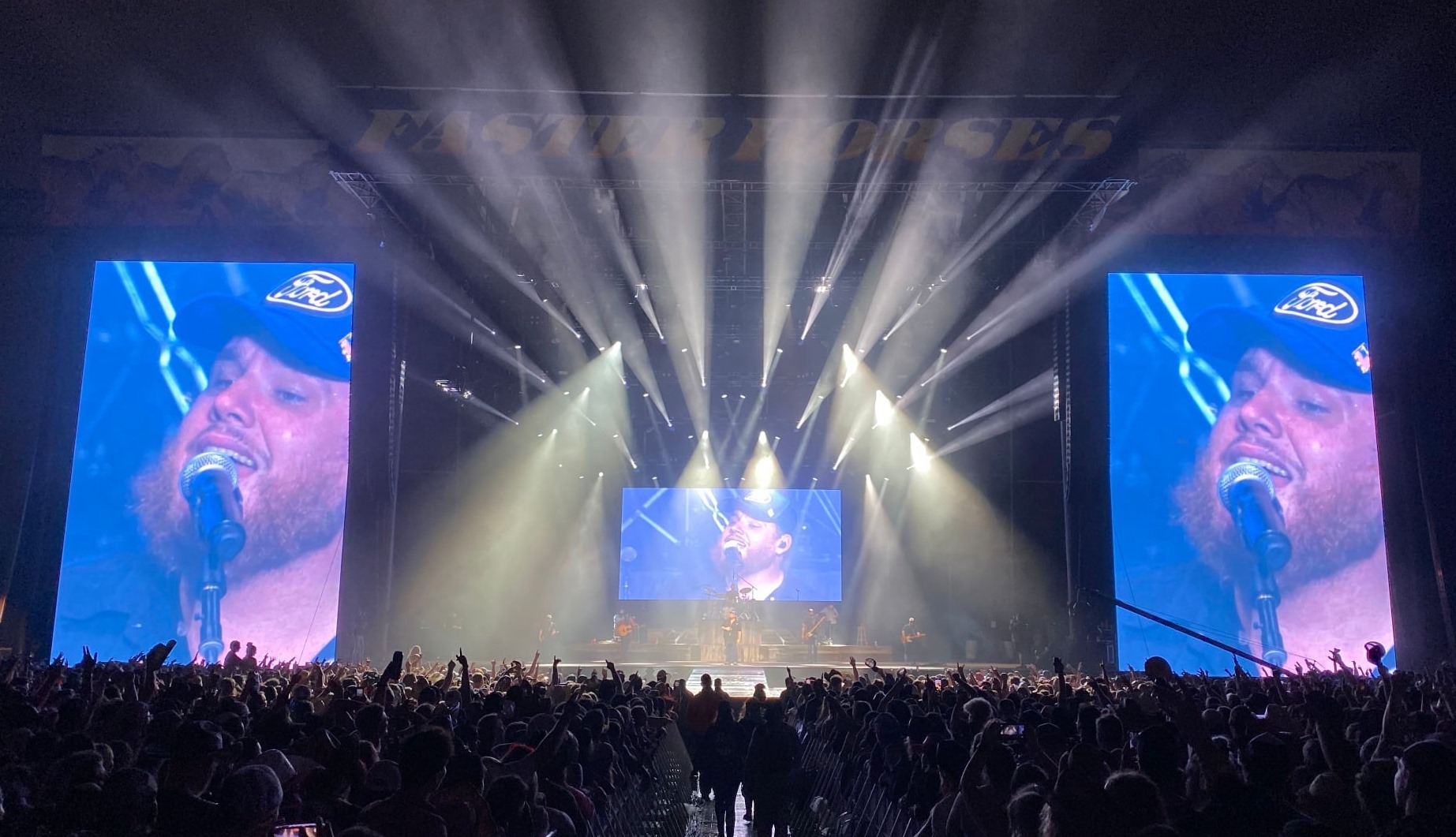 Automotive pioneer Henry Ford hated market research. When explaining why, he supposedly said, “if I asked customers what they wanted when I started, they would have said ‘a faster horse.’”

More than a century after Ford launched his namesake company, his quip would lend its name to one of country music’s highest profile festivals. With the exception of last year, the Faster Horses Festival has been held every summer at the Michigan International Speedway, about 70 miles from where Ford built his empire.

After the COVID hiatus, the anticipation level at the three day event was sky high this year, as country superstars like Jason Aldean, Luke Coms and Thomas Rhett took the stage at the race track turned festival site. Joe Leahy, and the team at 4Wall Entertainment ensured there was plenty of lighting excitement for the festival, putting together a powerful and versatile rig that featured over 140 CHAUVET Professional fixtures, including 36 STRIKE Array 4 and 35 STRIKE Array 2 warm white blinder/strobe units. 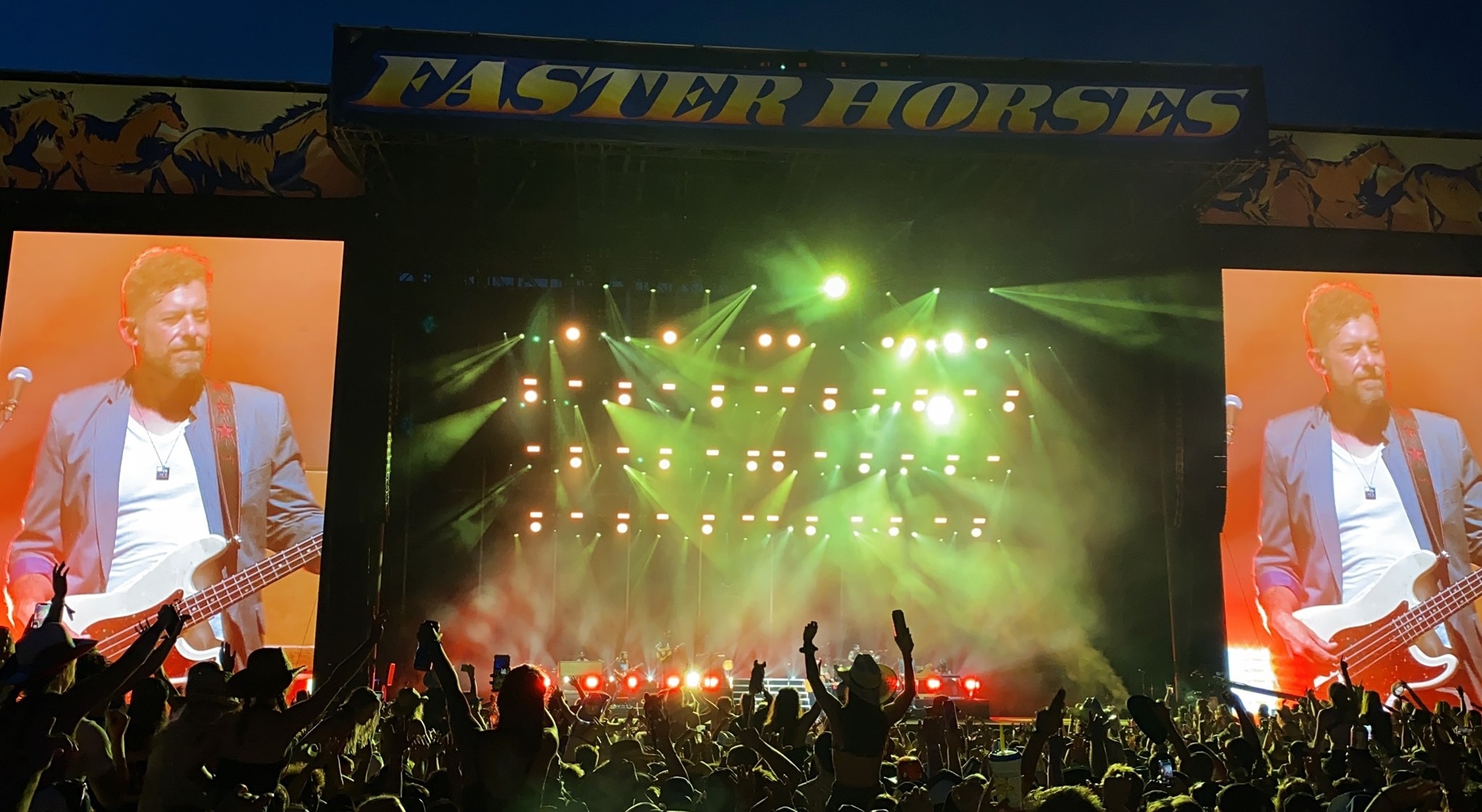 This rig gave all the visiting LDs the tools to create lightshows that reflected their clients’ individual styles and personalities. We caught up with on of these, Keith Hoagland, who designed Jason Aldean’s show, to talk about the experience.

Aldean took the stage on Sunday at 9:25 pm to close out the festival. Revving up the excitement for the multi-platinum star, Hoagland unleashed a stream of vividly colored beams and aerial effects. In addition to the 4Wall rig, his show featured 22 Rogue RH1 units from Aldean’s own road package.

“We had a massive rig that was put together excellently by Joe Leahy and the team at 4Wall to give me and the other visiting LDs at the festival a wide range of creative options,” said Hoagland. “ Joe always does a great design. We just added our floor package (supplied by Bandit Lites) to complement the aerial system and our own video wall for content. Together this combination of tools helped us create big looks to match the excitement in the air.” 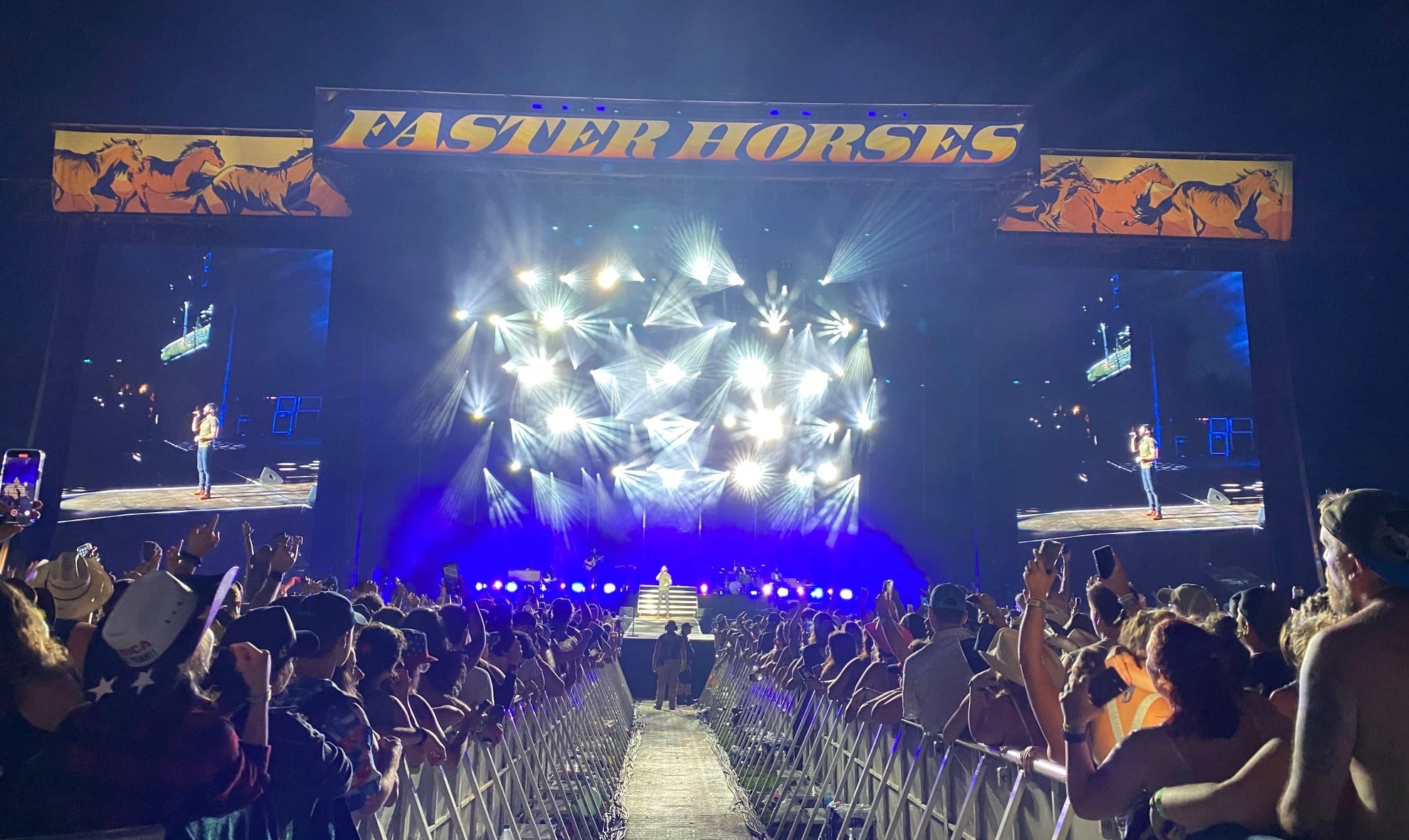 Key to his show were the STRIKE Array fixtures Only recently introduced by CHAUVET Professional, the four-pod and two-pod IP65 units surprised Hoagland with their intensity. “This is the first time I used the Arrays,” he said. “They really impressed me with their brightness and quality of their output. We worked them with some powerful arc fixtures and they held their own very well. Of course, with this being an outdoor festival, their IP rating was also important.”

The Array fixtures were arranged across rows of overhead truss that got progressively narrower as they descended. This configuration created a funnel effect that drew attention to the center of the stage. It also provided good viewing angles for fans, regardless of where they were on the spacious festival grounds.

Also working into Hoagland’s design was the height of the stage. “I believe the roof was 47-feet tall,” he said. “Having such height from the roof system allowed us to spread out the truss trim heights to fill the air quite well. The Maverick MK3 Washes in our rig (32 in all) gave us a mighty punch. They served well as my wash to coat and cover this massive stage nicely.” 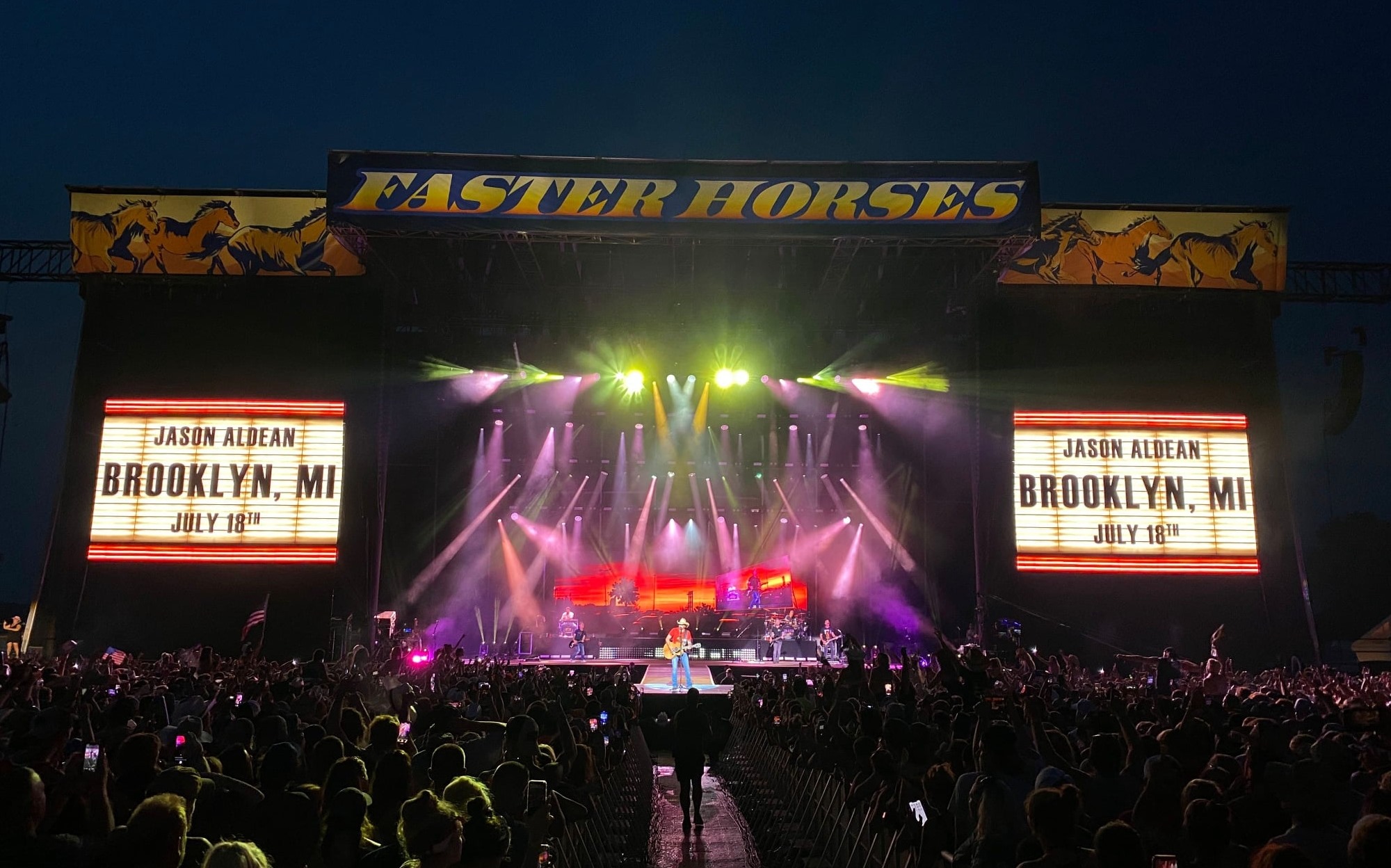 Hoagland ran his own lightshow. Doing previz earlier, he preprogrammed all his cue stacks, but still triggered everything with no timecode. “With how much care 4Wall puts into this show every year, it makes life easier for you as a visiting LD,” he said. “They sent me the design about five weeks out. This allowed me to draw it into my 3Dspace and get some quality previz time to really make this system work hard for me.”

Not surprisingly, an undertaking the size and scope of the Faster Horses Festival requires a dedicated and coordinated effort on the part of a lot of talented people, such as Patrick Thompson, the main stage FOH Tech/Programmer and Jim Costello stage designer/ME/programmer, as well as the Aldean road staff crew of Trevor Drawdy and Patrick Cowden, both from Bandit Lites.

“I can’t say enough about the people involved in this,” said Hoagland. “Together, we created a fantastic show.”

Apparently those in attendance at the Michigan International Speedway agreed, giving the festival high marks. So, while Henry Ford may have had a point about the market surveys of his day, live music fans today are very certain about what they want — more events like the Faster Horses Festival.