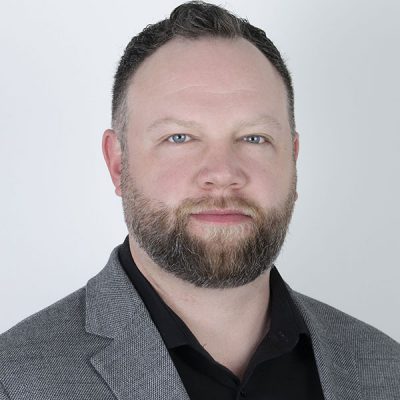 Most of the time in this column, we write about house LDs. In the case of Jason Bradley, however, a more apt description would be “houses” LD. Working as Director of Entertainment and Production at the Kansas City Power & Light District, a bustling nightlife center in the heart of the USA, Bradley supervises a staff that tends to five red hot clubs.

Much of his attention is devoted to PRB Big Sky, a 750-capacity venue where “cowboy cool meets urban chic.” Step into this spacious club on a Saturday night, and you’re likely to encounter a national act playing anything from country to EDM – and that’s just the beginning. There’s also entertainment from the staff and a stunning mechanical bull pit lit by eight dedicated LED fixtures and accented by two inverted fog machines.

Tying the stage, dancefloor, bull pit, and all the other moving parts of PRB Big Sky is a daunting tasking, but Bradley handles it with aplomb and a great skill. He talked to us about how he meets this challenge, while still tending to all the other “houses” in his entertainment technology neighborhood.

Can you give me a little background about how you hooked up with PBR Big Sky nightclub?

“Back in 2009, PBR Big Sky was only a few years old and I was the house audio engineer when I wasn’t doing traveling festival production. At that time, they needed some lighting upgrades. I wasn’t highly knowledgeable in regards to DMX and lighting in general, but I was given that upgrade as a project. Honestly, that’s the project that got me interested in lighting. I did a basic install to add to their lighting rig at the time. A few years later, the opportunity came around to work for the Cordish Companies who own several entertainment properties around the country. I was hired on as the Production Manager for The Power & Light District here in Kansas City where we have done dozens of lighting installations over the years.” 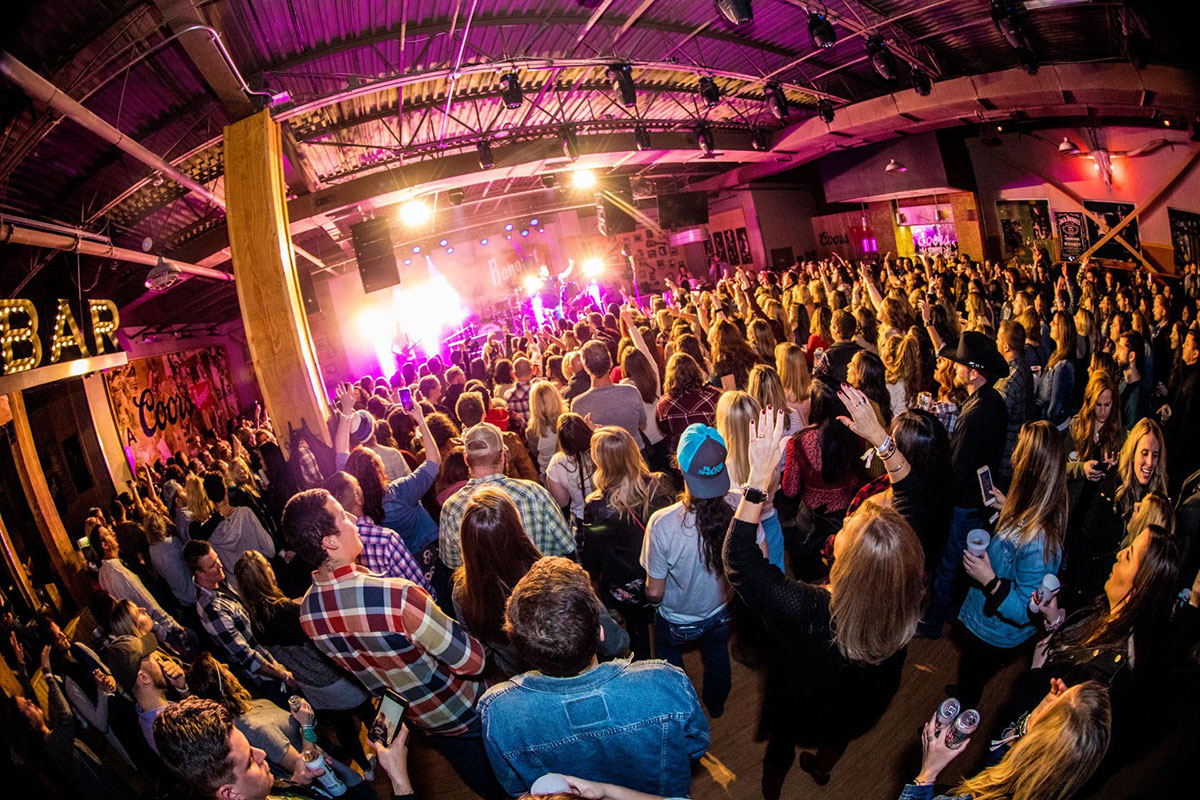 You get a big high energy crowd for your shows. Was intensity a big priority when you put together your house rig?

“PBR Big Sky is Kansas City’s busiest nightclub. It’s a 750-capacity “Cowboy Bar” located right in the heart of downtown Kansas City. The music is a great mixture of older/newer country, top 40, EDM and dance. The entire nightclub is very high energy and even the bar staff get in on the action by getting up on elevated surfaces to perform skits.”

“PBR features several “Buckle Bunnies” who are entertainers as well as servers. Plus, there’s a resident DJ and live bands. With all this going on, the lighting rig needed to be very versatile. I needed the ability to draw focus to the stage for live bands, while also softening the rest of the room. The entire room is wrapped with wirelessly controlled wall washes. There are three bars within the room and all three bar tops are illuminated with washes that I custom installed into galvanized buckets. Once again, the wireless DMX was crucial here since the interior of the buckets are a tight fit. All of this neatly placed wash lighting allows me to create a wide variety of moods. Being a country themed bar, we often put up a RED, WHITE, AND BLUE look. We also have several private events where we can customize the overall feel of the room based off client feedback.”

What about when you have live music?

“When we have live music, the wash lighting allows us to dim down the room and our 16 moving fixtures become the workhorses. When we kick into ‘nightclub’ mode, that’s when the 30 movers over the very large dance floor take over and help provide the energy. We get some incredible looks, especially considering we utilize a haze machine.” 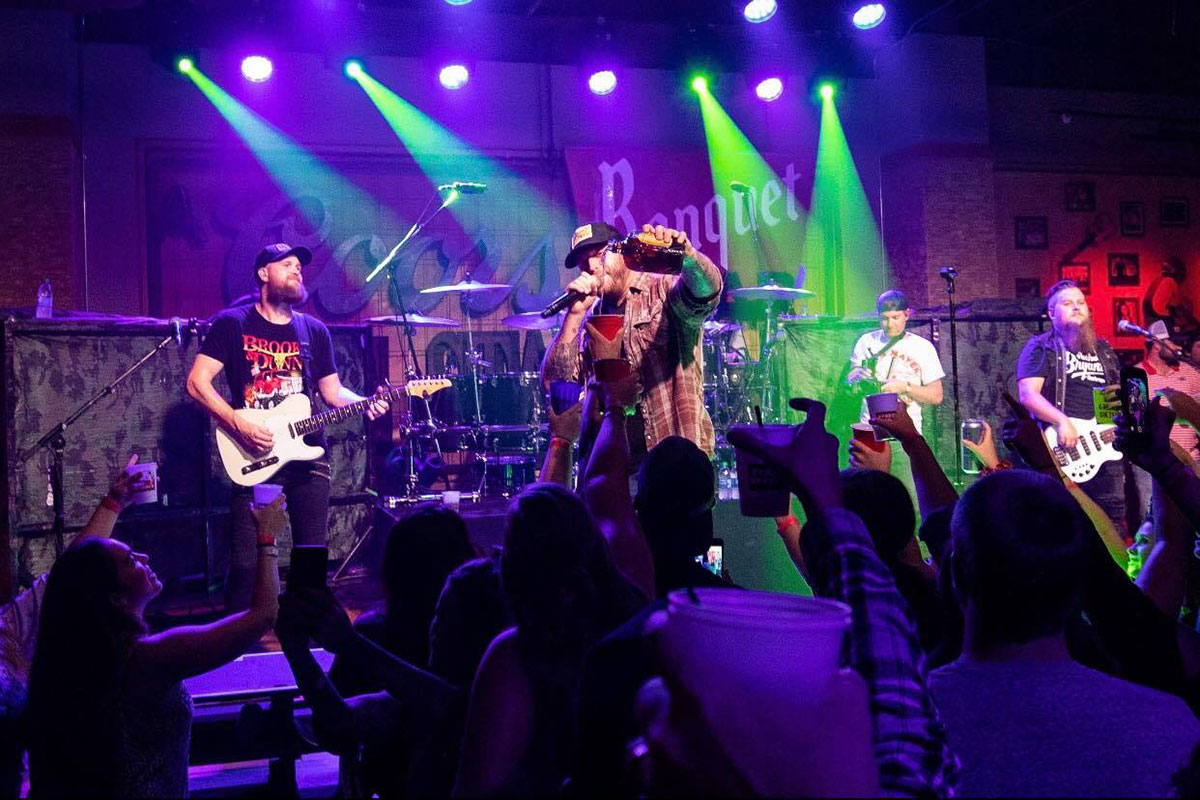 What percentage of shows do you run as opposed to those run by visiting LDs?

“Unfortunately, I don’t get to run the rig as much as I’d like. I spent the first few weeks as the sole LD so I could build a very large database of cues, which include band looks, typical dance looks, themed looks for skits and also several spot cues for when PBR staff get up on elevated platforms to dance. We now have a mixture of guest LDs for national music acts and a few house LDs to operate the system on weekends.”

What’s the secret to getting along with visiting LDs?

“Between this venue and Kansas City Live (our 5,000-capacity outdoor site), we see dozens and dozens of national acts every year. I’ve found that having all gear working before they arrive and making it very easy for them to take control goes a long way.”

When you do end up running a show for a visiting band, how do you prepare? How do you familiarize yourself with their music?

“I will usually do my research and speak to the band about the set list. Many bands that play PBR are traveling with a smaller ground package cued via timecode/MIDI. So, I’ll ask what those cues look like and try to add to that. Most often these days, national acts are traveling with their LD.”

Do you light things other than bands like bull riding?

“Yes, the venue also features a large mechanical bull pit. This adds to the energy of the room and is lit by four washes and four linear fixtures. We also have two foggers inverted over the bull pit, which creates an awesome effect, blasting fog and filling the bull pit.” 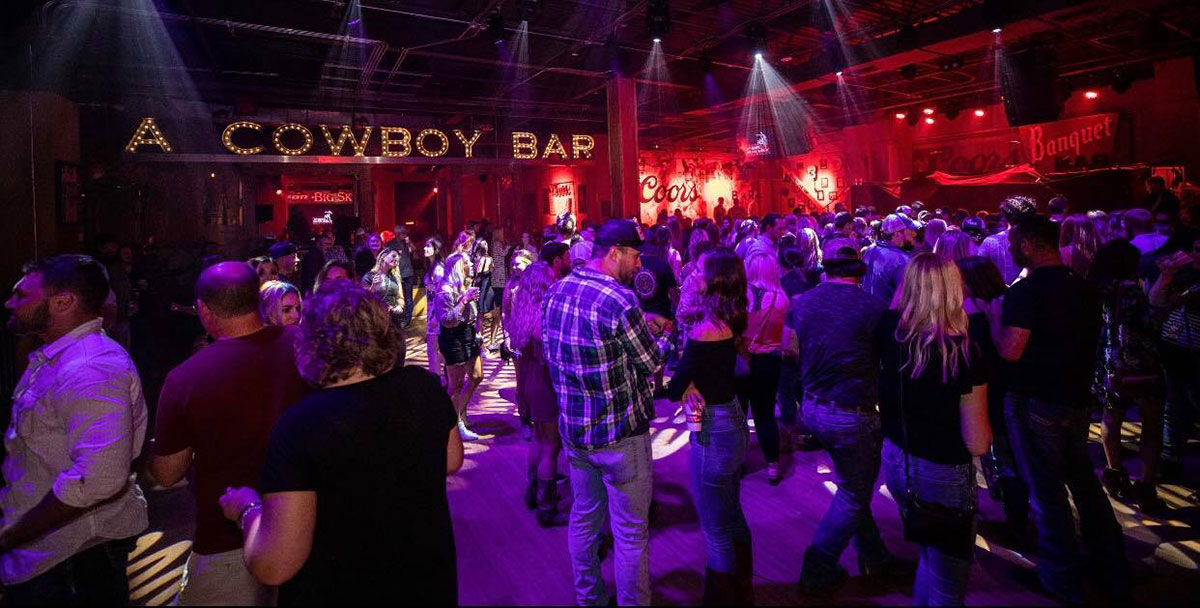 What’s the best thing about being a house LD?

“For me, I mostly enjoy the actual designing of the rig itself and the initial programming. It’s great to see moments happen throughout the night. Whether it’s hitting an entertainer at the right moment or building a giant red and yellow look as the entire venue sings along to the Tomahawk Chop, because who’s not a Chiefs fan in Kansas City!”

What’s the most difficult or challenging thing about your job?

“We currently have well over 500 fixtures operating in 5 different nightclubs just here in KC, so my biggest challenge is finding time to always be updating cues and adding new looks for the lighting operators as most of them are not programmers.”

What’s the most important thing you’ve ever learned on your job?

“That you have to remain ahead of the curve. If you look up and your lighting rig or overall production is outdated, your business has likely been suffering for a long time because of it. In today’s modern era of amazing production at every concert, guests are used to seeing cool lighting and have certain expectations. However, the lighting rig and what you do with it must match the concept of the venue. It’s easy to go too far but it’s even easier to mail it in, install one moving light and call it a day. Great club owners are always re-investing in their clubs.”

“On concert days, I’m usually onsite at Kansas City Live in the early morning depending on load in time. Once catching up with the visiting production manager, tour manager, lighting designer etc., I let my technical staff take over. That staff consists of two audio engineers and our house LD.”

“Typically, I spend the next several hours doing various tasks preparing for doors to open as well as attending the standard meetings and conference calls. Once the doors are open, I manage the overall show from a production perspective. This includes making sure we stay on time, and that my production crew, including the audio, lighting and video departments, are putting on the best show we can. Once the show is wrapped up, I settle with the bands and often I’ll head upstairs to our various nightclubs to make sure the rooms look and sound good from a production perspective. I usually can’t resist the urge and will jump on the lights for an hour or so at PBR Big Sky to get my fix before heading home around 1 am!”