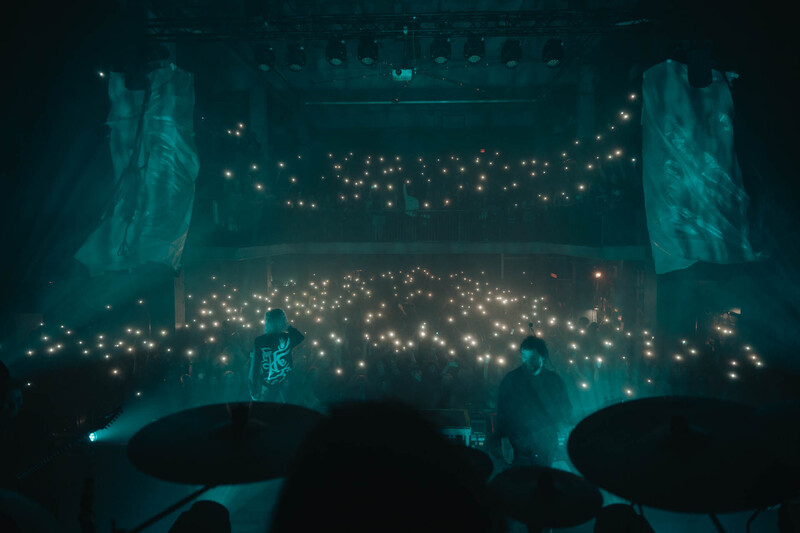 NEW YORK – (For Immediate Release) – Lighting design is an art. It’s also a wonderfully lyrical and creative form of reflecting music visually. Nate Haber of Extraterrestrial Visuals knows all that, but beyond these qualities, there is also a third thing he always keeps in mind about his main mission as a designer: serve the client.

“I think it’s important to note that design and programming are part of a service industry,” Haber said, in the middle of working with dark metal legends Lorna Shore on their national The Pain Remains Tour. “My main goal is to align my vision with that of my client. They know what they like and don’t like. Of course, on this tour, it helps that my design preferences line up with their vision.”

For this tour, in support of the band’s third studio album, that vision can aptly be described as brooding, menacing… and relentlessly intense. 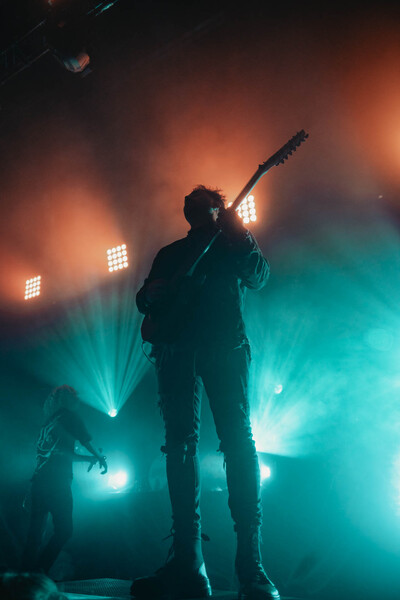 “This is a metal band, and an extremely heavy one at that,” said Haber. “So yes, our show is dark and moody, but in the age of social media, it’s also important that fans be able to see the band, especially one that’s as well-known to them as Lorna Shore. It’s also important that they be able to take good photos and videos. So, I try to strike a balance and add a higher level of light at different moments.”

“We don’t have a lot of fixtures, but I am making them work very hard,” said Haber. “The meat and potatoes of this lighting rig are the Maverick Force S Spots and Rogue Washes. We also have six vertical foggers that we call on throughout the show. Everything is low power. We can stretch the set wider or squeeze it in for the smaller venues. I’m running a timecoded show on the ChamSys MagicQ MQ70. Most of the songs have 200 to 300 cues. The main cue stack sits around 100 and then there are bumps, strobes, and other fun effects on other faders which are recorded into the timecode. So, you can say we are engaging fans with a wide variety of looks.”

Using his rig to create crisp gobos and intense bursts of light that play off the dark spaces, Haber conjures up an evocative mood throughout the venue while also reflecting the fiery nature of his client’s music. “Their music is really fast with a ton of blast beats, “ he said. “I blast a lot of light, and then counter this with really simple clean looks to break up the monotony of the strobes. Our TM/FOH Josh Graf has been a big help in keeping things interesting and our photographer Caleb Arnaud, makes us look good!”

To add an extra dimension to his show, and expand its impact beyond pure power looks, Haber shapes the stage in some innovative ways by cutting through the darkness with distinctive rotating gobos from his Maverick Force S Spots, four of which are located on pipes and two on the deck. This is evident at the start of the show when he sweeps the stage with patterns. It’s also plain to see and during the 20-minute trilogy that closes it. 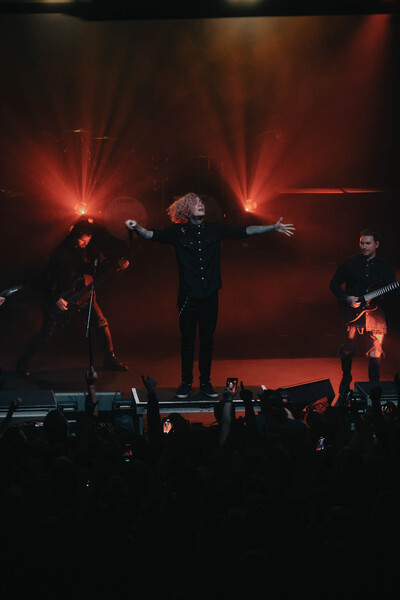 “Towards the last part of the trilogy, I black out the stage,” said Haber. “At that point, the only light on it is from the Force S Spot gobos. The audience does the rest of my job for me when this happens, holding up their cell phones. You’d be surprised how bright a thousand cell phone flashlights can be. That’s a lot of lumens!”

As is true of this finale look and many others throughout the show, Haber relies on darkness and light feeding off one another to create compelling visuals. “Believe it or not, I think more about where I want darkness than where I want light,” he said. “In my view, it’s where you see the light cutting through the darkness that gives the design its power. I really want to create big moments and the only way to do that is to create little ones too. By using less light at times, I can create more varied and dynamic looks. Then, when I want to use more light, I can choose to do so to create big emotional moments.”

Juxtaposing darkness and light this way, Haber says makes it more likely that he’ll be able to create “an overwhelming emotion experience for fans.” When all is said and done, that’s a great service, that any designer can provide to a client.