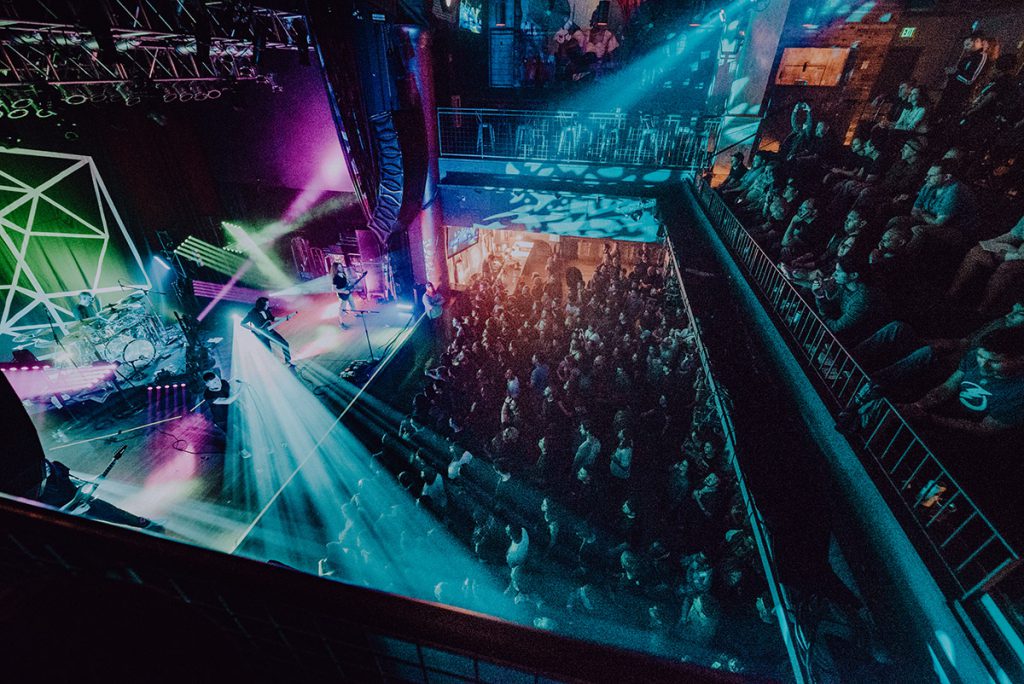 NEW YORK – Mike St-Jean says he was eager to challenge himself as a lighting designer when he signed on for TesseracT’s current tour in support of their fourth studio album Sonder. He certainly got what he wanted. The British progressive metal band has a penchant for pushing music in new and unexpected directions with their magical blend of polyphonic grooves, unique time signatures and other nuanced sounds. St-Jean more than kept pace with these musical twists and turns by creating a flowing variety of unique looks with help from a collection of CHAUVET Professional Rogue fixtures, supplied by Squeek Lights, and his ChamSys MagicQ PC with a MiniWing.

“I’ve known the guys in TesseracT for some time,” said St-Jean. “We first crossed paths when I worked with the Devin Townsend Project, and we toured together in 2010. I was LD on the Canadian dates of their Polaris tour, but this marked the first time we really got to dig in and truly collaborate. I pushed myself to try new things on this tour and really write a show that reflected the group’s music and developed around a theme from beginning to end. TesseracT were wonderfully communicative and collaborative throughout the process, making it succeed creatively.”

Featuring an ample amount of beautifully saturated colors, sometimes served up in monochromatic fashion, evocative backlighting and angular geometric patterns, St-Jean’s lighting design punches and moves in tight sync with the music. Key to helping him create these multi-faceted visuals were the 12 Rogue R1 FX-B moving fixtures in his rig.

St-Jean positions six of the RGBW Rogue R1 FX-B units vertically on floor-based pipes at staggered heights to form a V around the drum kit. Rotating the drum riser 45°, St-Jean orients the fixtures in a perpendicular pattern around its edge, creating a diamond shape. “This results in some interesting looks when the fixtures are horizontal or at an angle,” he said. “We have light getting projected in all sort of directions.”

The six remaining Rogue R1 FX-B units are positioned on upstage truss towers. “These fixtures light the musicians, but ultimately they do much more,” said St-Jean. “I consider all 12 FX-Bs as elements for designing shapes in the scene. I have been really impressed and even surprised by what they have done on this run.” 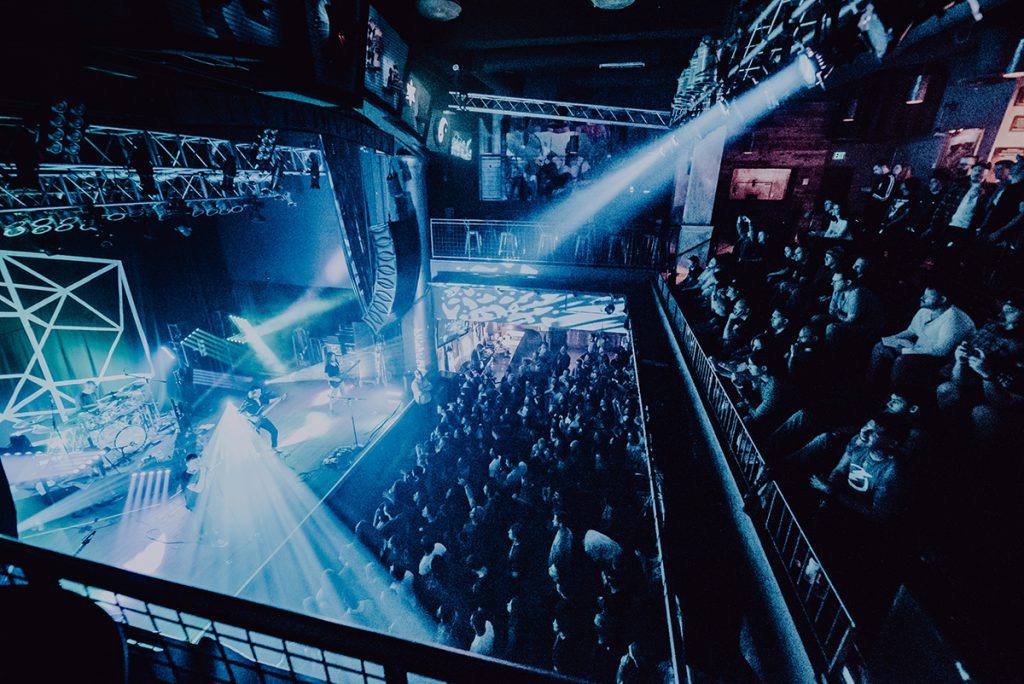 Although the Rogue R1 FX-B has infinite rotation of pan and tilt for its five independently controlled heads, St- Jean often keeps them stationary. “There are times when I used the FX-Bs to design architecture with light, and build interesting environments that we otherwise would not perceive,” he explained. “I wanted to be sure not to over-complicate the look of the stage, and focus on enhancing the presence of the band. The FX-B fixtures create ample options for light design, as well as subtle changes and deviations that can be interesting to the eye without detracting from the performance, or otherwise distracting the viewer.”

TesseracT’s Sonder rig also has four Rogue R1X Spot fixtures. The 170W movers are arranged on the floor just downstage of the upstage truss towers. The units are arranged on the back and two sides of the stage and are used energize the room with crowd light and for backlighting the musicians.

“I am of a couple minds on backlighting a band,” said St-Jean. “The more I experiment with it, I think it is a powerful tool to create contrast, strong impressions, and even disorientation, before returning to a front-filled look. Of course, the audience has come to see and hear the band, but I think there is an opportunity with these modern, lightweight and quick fixtures to do some fun stuff that people don’t get to see every day. When the band is playing a crushing riff, I think it’s ok to put on a bit of a lightshow and not worry too much whether the audience can see their grimaces from the back of the room!”

At points during the show, particularly between songs, St-Jean uses all of the Rogue fixtures in his rig to cover the stage with a single color. “The vibe for this tour definitely lends itself to moments of monochromatic looks, and we bring the stage down to dark blues between songs throughout,” he said. “I find this helps give pause between the songs, which I think is an important aspect of concerts. That being said, there are also lots of dramatic contrasts throughout the set– red and blue; green and yellow on magenta.” 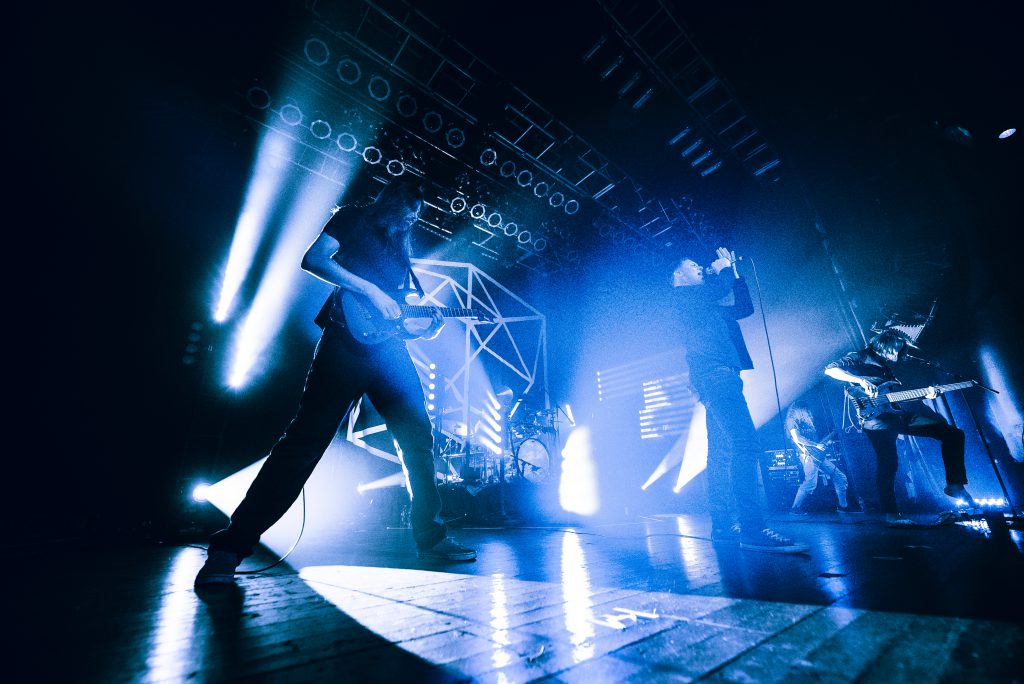 St-Jean relied on his ChamSys unit to help him create the wide array of looks that make his lightshow engaging on a multitude of levels. “I have been using ChamSys for a long time and really love the intuitive and powerful control I get from their consoles,” he said. “I do all of the automation programming in Ableton Live, with a set that is cloned from TesseracT’s playback session. Using MIDI and some Max4Live patches, I send DMX Input to ChamSys, to launch cues, cue stacks and playbacks. During the show, the Ableton session plays back in sync with the band’s session, and I control the maximum intensity levels at FOH, adding some blinders in for good measure when the band engages the audience.

“It had been a while since I got to work at FOH on a tour I programmed,” continued St-Jean. “For quite a few years I was also playing keyboards in a band I programmed for, so to actually see the show and make tweaks throughout the early days of the tour was very rewarding. I have been able to push myself design-wise and knowledge-wise on this run, and for that I am very grateful. Not to mention everyone on the tour- TesseracT, Plini and Astronoid band and crew -are incredible human beings.” 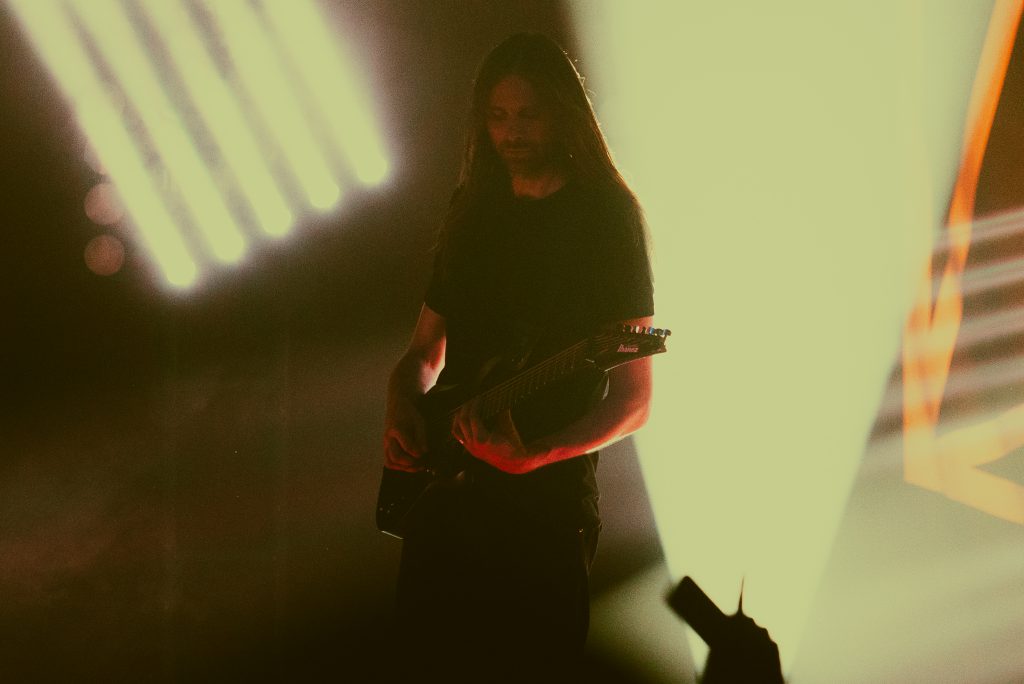 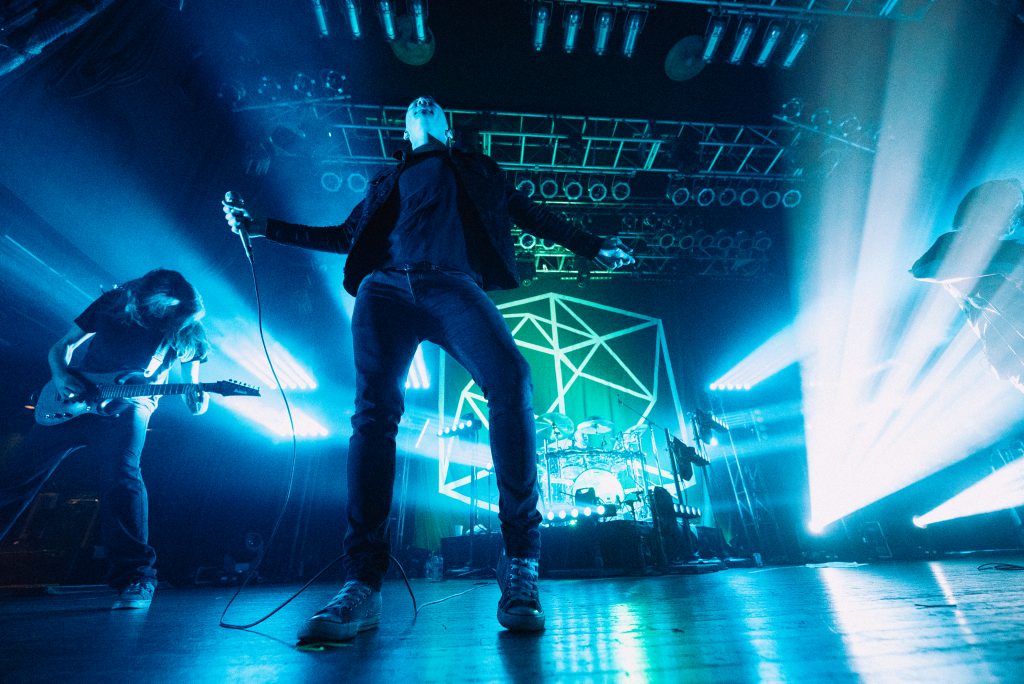 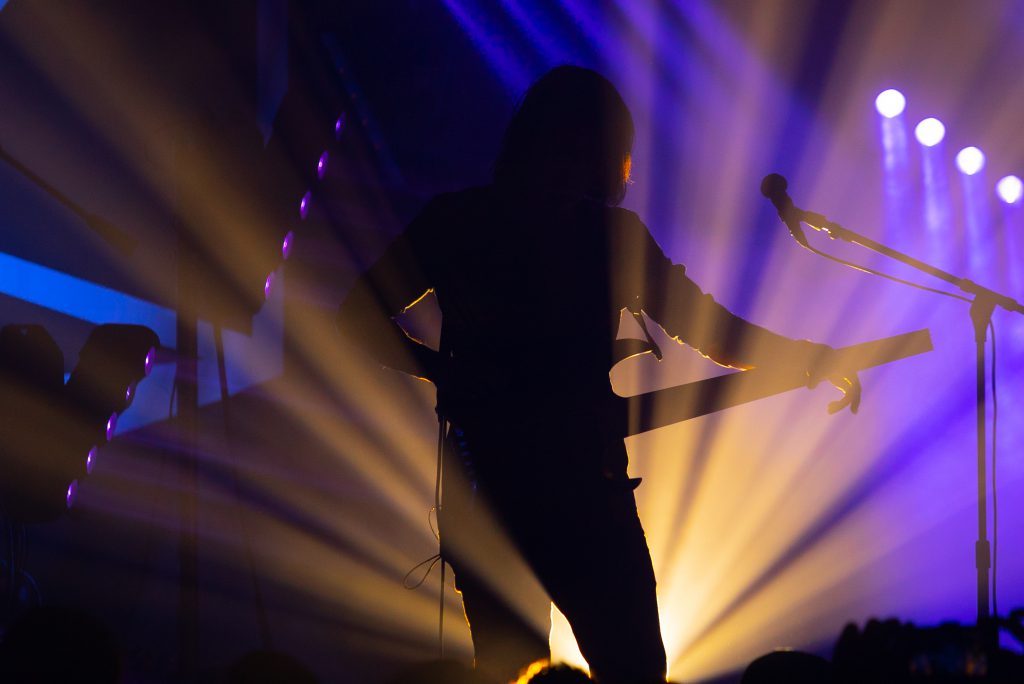