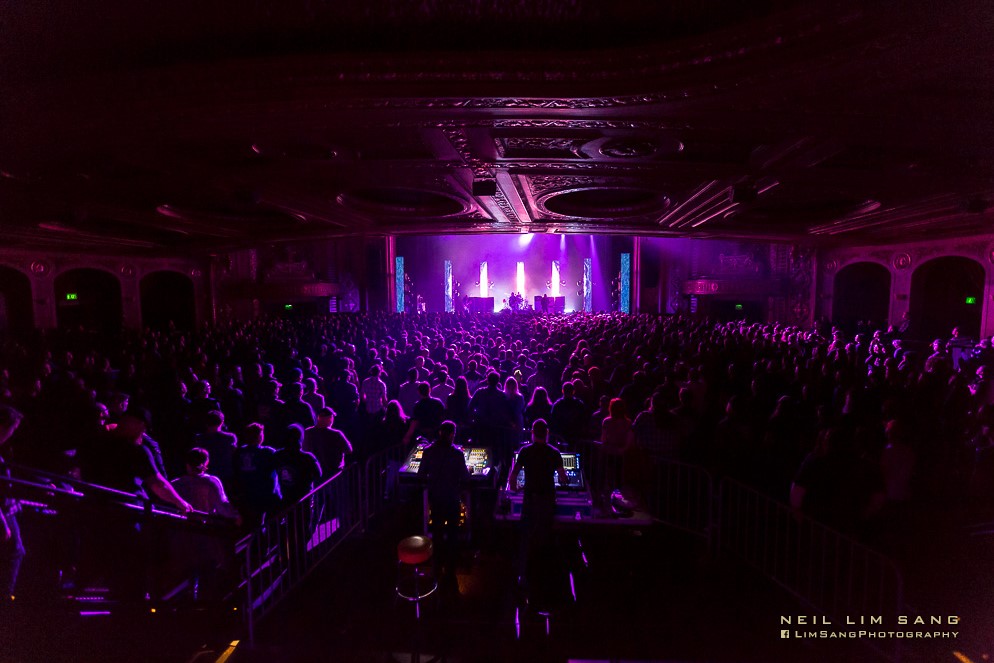 ATLANTA, GA – Fans of Mastodon weren’t surprised when three of the band’s members appeared in an episode of Game of Thrones. Like the HBO hit, the music of  this iconic group reveals itself in lavishly detailed layers of fantasy that fire the imagination and leave easy categorizations smoldering by the wayside. The complex Mastodon experience is on full display in the quartet’s 30-city North American “Emperor of Sand” tour, not just in the epochal music, but also in the highly evocative light and video show that Michael Howe created and controls with the new ChamSys MagicQ MQ500 Stadium and Magic HD media server. 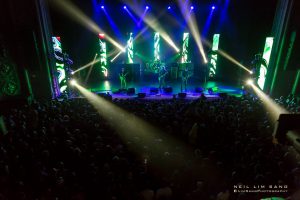 The Emperor of Sand album takes listeners on a cosmic odyssey through time as it follows a man sentenced to death in a majestic but cruel desert. Howe’s design evokes rich imagery that reflects this musical narrative with seven 2’ wide by 14’ tall video tower monoliths, a collection of moving fixtures and pixel mapped battens. Adding to the visual impact of the show are custom content created expressly for the tour by the monomial artist Skinner, and animation/effects from the firm Hey Beautiful Jerk.

“My main goal is to have big looks build during the show along with the band’s set list,” said Howe. “I want the audience to have a visual experience that complements the audio experience of a live Mastodon show. The main challenge on this tour is finding the balance between lighting and video and putting it all together so the band can be seen. It’s easy to have interesting video in every song, but then I believe the video content loses its value.”

A number of features in the new ChamSys MagicQ MQ500 Stadium helped Howe, who is running the boards on the tour, achieve this delicate balance. “Having the MagicVis 3D visualizer built into this console definitely made it easier for me to start designing, programming and cueing the show,” he said. “The new plot view has also helped by allowing me to select lights visually rather than numerically. This has not only saved time, it has also greatly aided me in making more interesting looking effects. Also, I have to say that the console’s two touchscreens have helped speed up the cueing and cue editing process for me. Early in the tour, it became apparent to me that I was really going to love this console, because it frees me from a lot of concerns so I can focus on the creative process.”

The centerpiece of the “Emperor of Sand” light/video show that Howe is controlling with his ChamSys products is the mass of video towers. He arranges these seven monoliths in a semi-circle around the band and their backline.  The towers are lined with 18 moving beams. An additional six truss-mounted collimated beam fixtures side light the band. Providing an array of changing and captivating visual elements are 12 LED batten fixtures positioned on the upstage deck that are pixel mapped with ChamSys software. All lighting and video gear on the tour was supplied by Performance Lighting Inc. and Windy City Music, both out of Chicago.

“Everything about this tour, including my rental houses, has been great for me,” said Howe, who’s been designing for Mastodon since 2009. “The band and I fit together very well, and I really love the creative challenge of working on something as complex as the ‘Emperor of Sand’ tour. The ChamSys MagicQ MQ500 Stadium is making it easy for me to run the show and focus on those creative elements.” 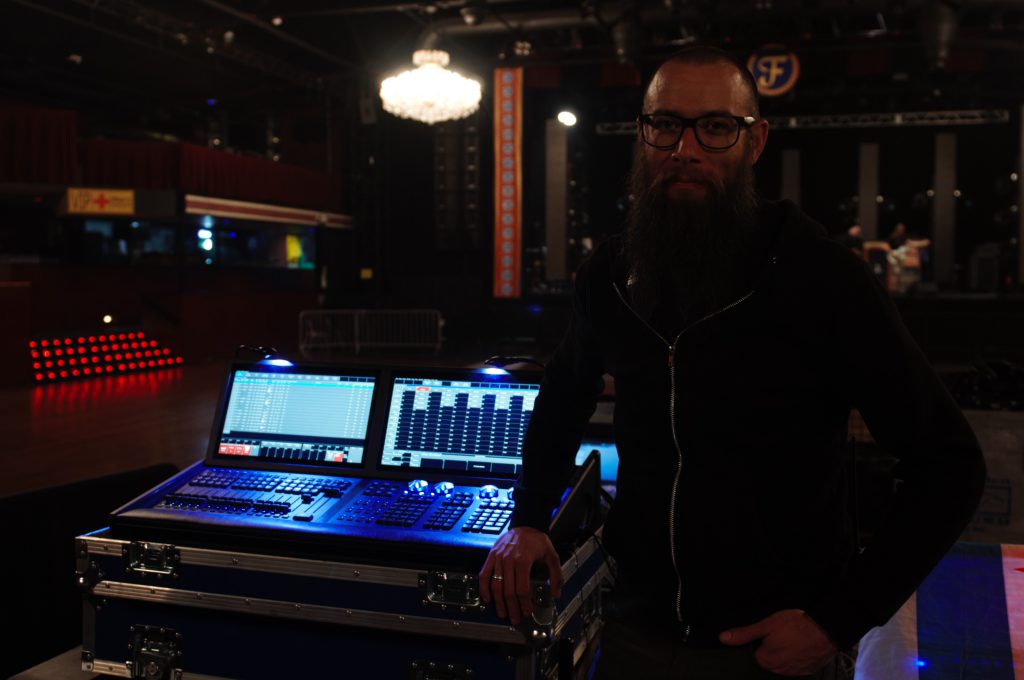