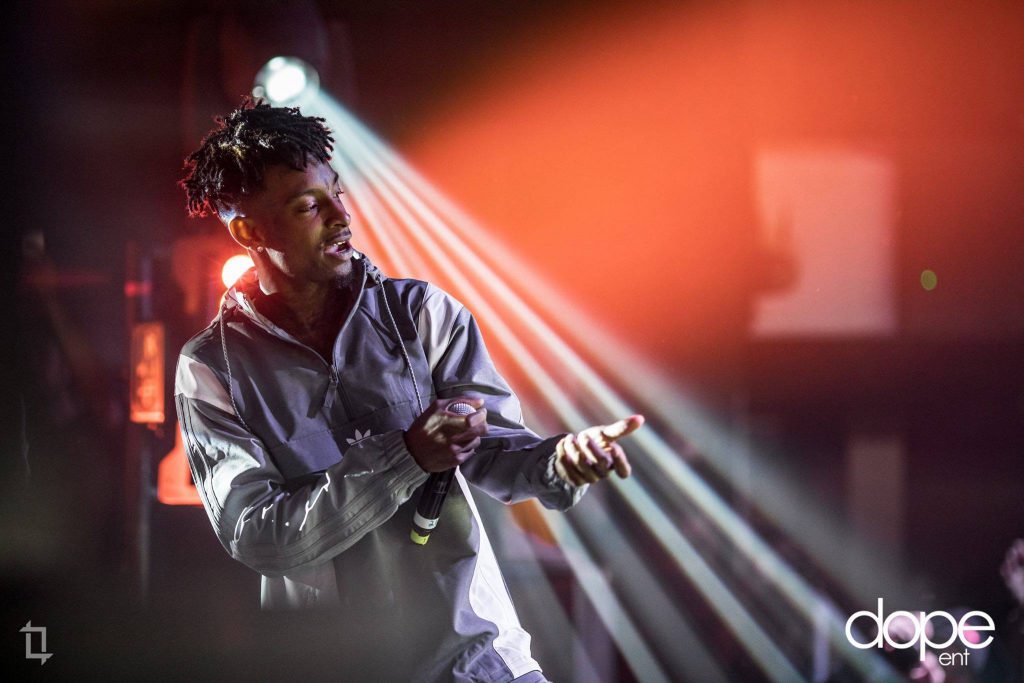 ATLANTA – As a lighting designer and technician for JDI Productions, Megan Alksninis has worked on everything from corporate galas to metal concerts. The experience has taught her the importance of preparation. So, when she learned in early November that she would be designing for 21 Savage’s “Numb The Pain” tour in two weeks, she did a quick, but exhaustive study of the red-hot rapper’s style. This analysis ultimately led her to select the CHAUVET Professional Rogue RH1 Hybrid as her main fixture for the mostly sold out 22-city tour, which concluded on December 23.

“Looking at Savage’s style and stage presence, I decided I needed something versatile for this tour, which is why I selected the Rogue RH1,” said Alksninis. “The RH1 is a hybrid, which gave me the flexibility to switch from a beam to wash look seamlessly.”

As an artist, 21 Savage is known for his “realistic rap,” with piercingly intense lyrics and hard-driving music that reflect his coming of age on the streets of Atlanta. In edgy songs like the Top 20 Billboard hit “Bank Account,” Alksninis’ lightshow matches her client’s raw energy by cutting through the stage and audience with bright sharp beams.

“My overall look can be summed up as ‘the brighter the better,’” she said. “I use my RH1 hybrids to their full potential and make sharp beams for Savage’s intense songs. However, Savage is a multifaceted artist, and when he switches to a soft tone I transfer to the many gobo and prism options that the RH1 Hybrids provide.”

The most vivid manifestation of Alksninis’ versatile design occurs during 21 Savage’s performance of his current hit “Rockstar,” which debuted at No. 2 on the Billboard charts.

“This is the most notable song on the tour,” said Alksninis. “Savage collaborated with Post Malone on the song. In its beginning, the song fades in slowly, so I found that the best looks can be achieved by using the Rouge RH1 Hybrids used for washes and gobos. Then as the song builds in intensity, the lighting gets bolder with bright beams.”

Throughout most of his show, 21 Savage doesn’t stray very far from his favored downstage center position. Alksninis factored this into her lighting design. “Savage is surprisingly mellow in terms of not moving far from downstage center,” she said. “So, I had to walk the line between not being distractive with the lighting, while still being vibrant enough to engage the crowd. I did this in part by positioning the RH1’s to create big static positions throughout the show.”

Alksninis positioned her four Rogue RH1 Hybrids on custom built lighting carts at a height of 6-feet. This was ideal, she says for back and side lighting her client and for large crowd sweeps.

A highlight of the tour for her was working with Video Director Tiago Pacheco. “This was a great learning experience for me,” she said. “We had a large video wall supplied by New England Showtime Productions that was very impressive. Tiago and I worked hard to make sure the video content and lights blended to create the ultimate vision of the ‘Numb The Pain’ tour and capture the essence of Savage’s music. In the end everyone was happy with the results.” 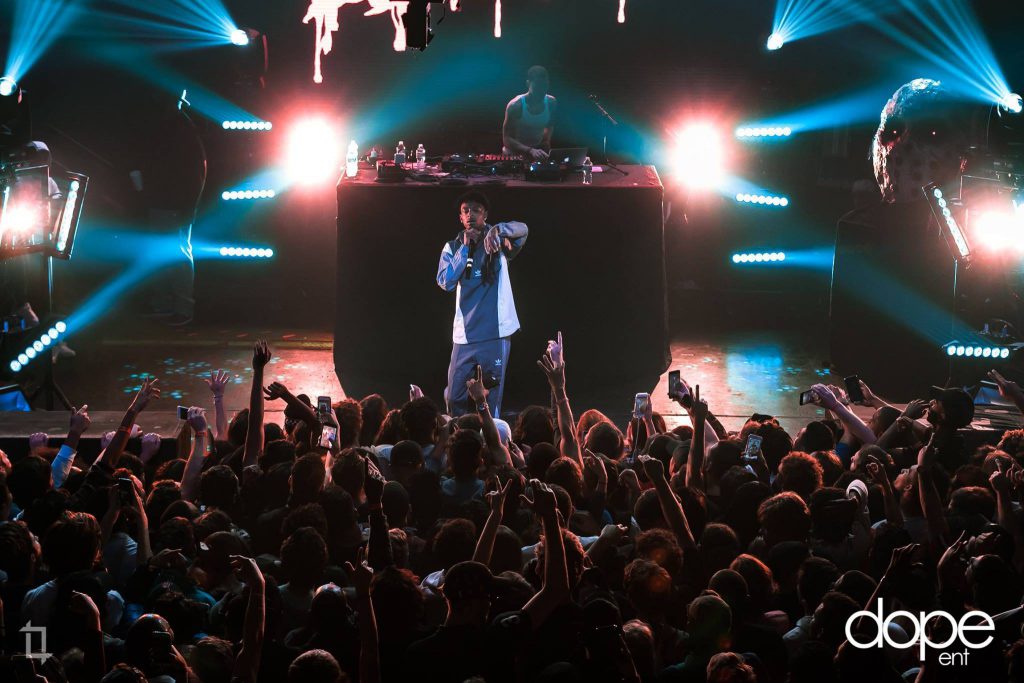