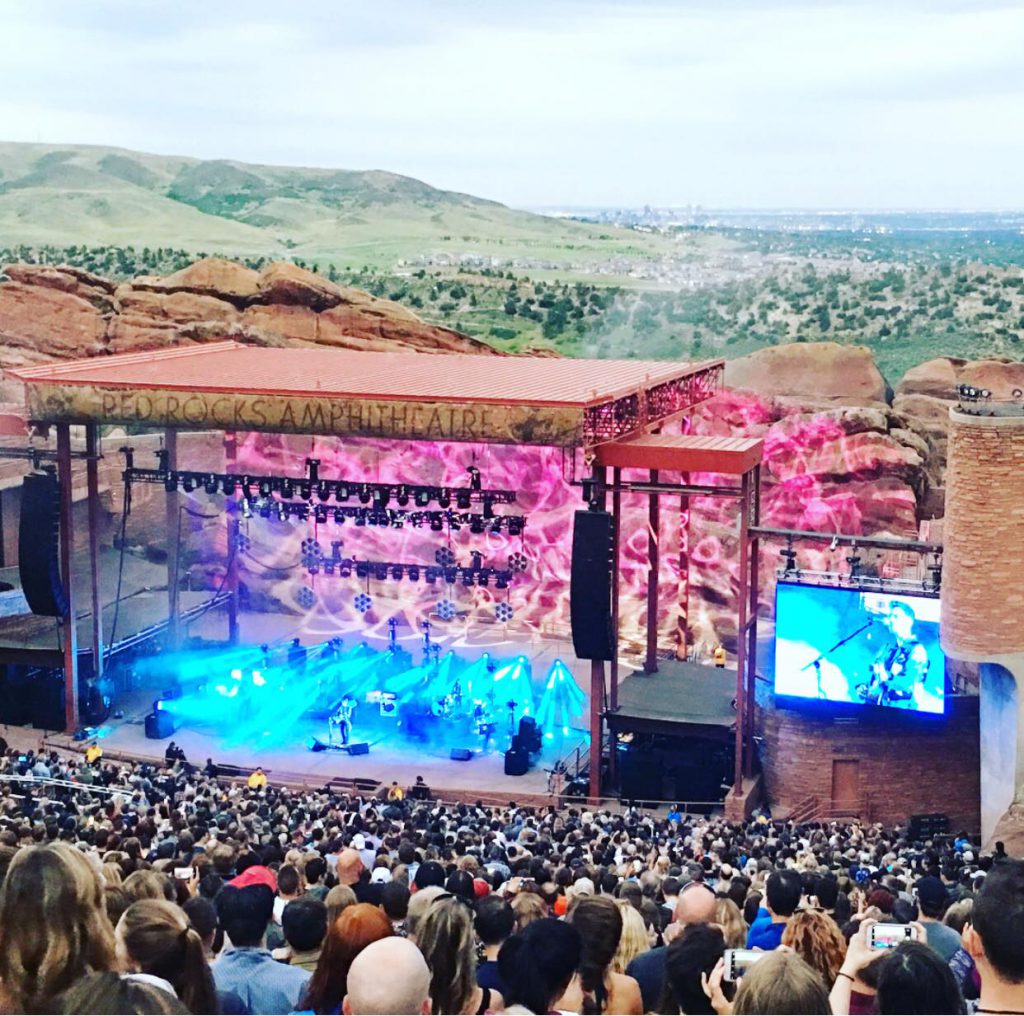 MORRISON, CO – The chart-topping Grammy-nominated group Kaleo has never been afraid to cross boundaries and follow their own course. Formed in Iceland, the red-hot quartet reached halfway across the globe for its name “Kaleo,” which means “sound” in Hawaiian. What a sound it is too! Joyfully genre hopping, this energetic band seamlessly fuses Mississippi blues, old school county, up-tempo rock and a range of other styles into their creative cauldron to arrive at a brand of music that is uniquely their own.

Kaleo’s distinct style is also reflected in their ethereal stage presence. Minimizing the use of colors, they prefer to be lit in subtle variations of white light. Max Lenox, who has worked with the band in various capacities since 2016 and is the lighting designer for its current tour, has mastered the art of creating subtle white-light-dominated looks, while still providing the versatility needed to reflect his client’s eclectic music. 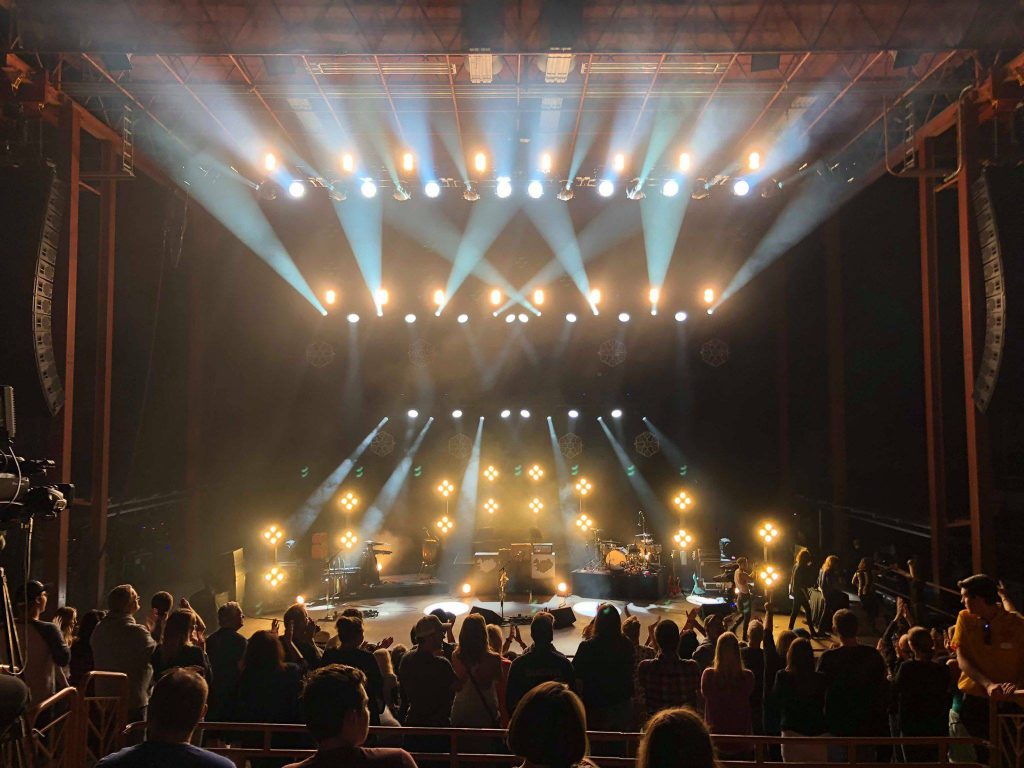 This balance was on full display in late June, when Kaleo headlined at the Red Rocks Amphitheatre, illuminated by a bright, evocative lightshow created by Lenox with help from a floor package that featured CHAUVET Professional STRIKE and Maverick fixtures.

Lenox used six STRIKE 1 and 16 STRIKE 4 multi-formatted warm white fixtures, as well as six Maverick MK3 Washes supplied by 4Wall Entertainment. (Brown Note Productions of Denver supplied the flown rig.) Working with these fixtures, he created a show that kept pace with Kaleo’s music through every twist and turn. Impressively, he did this while remaining true to his client’s preference to minimize colors.

“The band doesn’t like a lot of color in their show, so I’ve always depended heavily on different hues of white,” he said. “CTO, CTB, and Open White are used extensively throughout my shows for Kaleo. The 16 STRIKE 4s in my rig have a very unique color temperature that adds contrast when I use them alongside ‘conventional’ blinders. I love the look!” 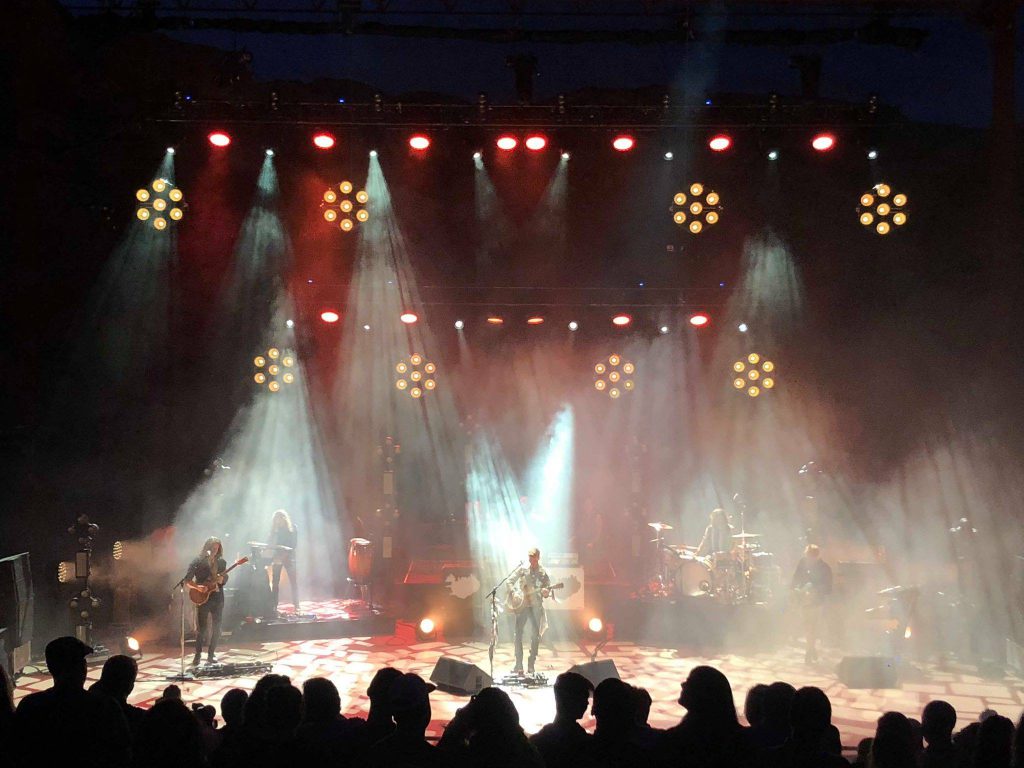 The STRIKE 4 fixtures also added a greater sense of depth to the stage. Lenox arranged them two apiece on eight mobile pipe structures of varying heights. The units themselves were positioned in an upstage semicircle, which increased the dimensionality of the design. Hung diagonally, the STRIKE 4 fixtures created the impression of diamonds. Through much of the show, Lenox activated only two of the four LED pods in each unit to vary the visuals.

The STRIKE 1 fixtures also were essential to Lenox’s lighting design. “I’ve used the STRIKE 1s in almost every Kaleo design I’ve done,” he said. “I love the color temperature and amber shift. Having virtually no heat output from the light source makes them ideal for being up close to the band members, which really gives me more ways to use them for effects. My Project Manager and good friend Phillips Harbarger has always found a way to get me the gear I need at a price we can afford, and this case was no exception. The STRIKES and Mavericks performed excellently.”

At Red Rock, Lenox positioned the STRIKE 1 fixtures behind the band members on the stage as backlight. “Using just the STRIKE 1s to silhouette the band while I had haze in the air created a powerful look,” he said. “Yet it took up very little space on stage. The compact design of the fixtures, along with the lack of heat, let me put the STRIKE 1s close to the artists, which gave us dramatic looks.”

Positioned stage left and stage right, the Maverick MK3 Washes in the rig were used as sidelighting. “We love sidelighting,” said Lenox. “It’s huge part of the Kaleo show. The band doesn’t like a lot of front light, so a lot of the show is sidelight. The Mavericks have a great output; placing them at angles stage left and stage right allows me to pan them into the audience for big moments.” 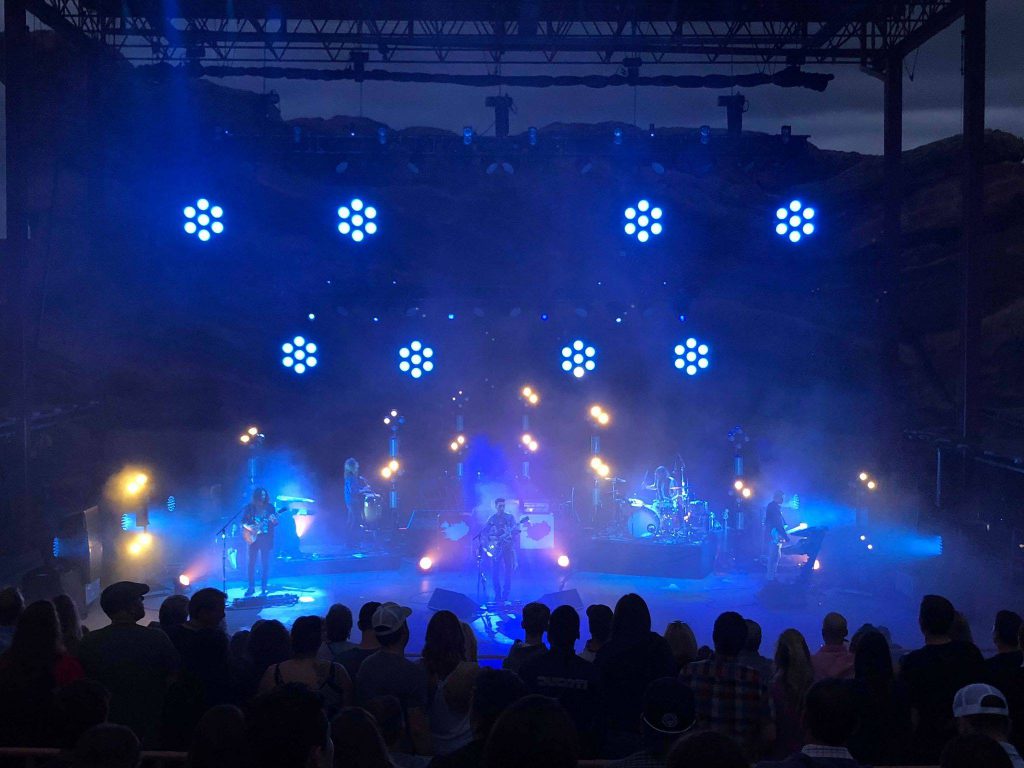 A big moment for Lenox at Red Rocks came after the show, when his clients enthused over the power of his design. “The band has been very supportive and they really appreciated the show,” he said. “Daniel Lewis and Ryne Wilson deserve a lot of credit for their help in prepping the rig in Nashville. Mike Marcario, who programmed last fall’s show with the guys at Cour Design, built a great show file for me to build from.”

Based on the success of his Red Rock show, Lenox will be using his floor package of STRIKE and Maverick fixtures for the rest of the year. “We’re doing a ton of daylight festival sets across Europe, where we’ll be the third or second act before the end of the show,” he said. “This will create a few challenges, the main one being how we will get on and off stage efficiently during set change. I designed the eight pipe and base structures to be on wheels for quick turnarounds. The other issue is being seen before it gets dark. This year I cut all floor profiles in order to have more wash fixtures that will be seen during the day. When the sun doesn’t set until 10 p.m., you’ve got to have something that’s still impactful on stage; hence the STRIKE blinders and Mavericks.”