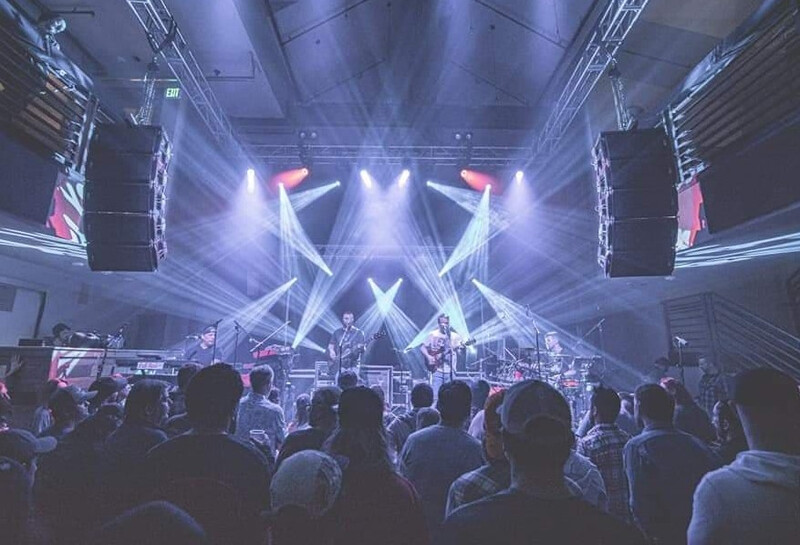 FRISCO, CO – Spafford’s Winter Music Tour got off to a fast start, as the Arizona-based jam band played to one sold out house after another on its western swing. Wanting to capitalize on the magical connection the band was forging with fans, they decide to shoot a promotional video of their Saturday March 7 show at 10 Mile Music Hall, the idyllic Rocky Mountain theatre that holds the distinction of being the highest permanent live music venue in the USA.

As it did with so many other things, COVID-19 brought Spafford’s popular tour to a screeching halt. With no tour to promote, the band repurposed its video, streaming it as a taped show over Facebook and YouTube on March 19. “The guys in the band and I figured this would be a great opportunity to give fans a chance to experience a full concert,” said lighting designer Matt Collier. “Rather than just post the video on our website, we made it a streaming event to give it the excitement of a live show.”

Adding to this sense of excitement was Collier’s dynamic lighting design with its big aerial effects and swirling gobo patterns created with the help of 16 CHAUVET Professional Rogue R1 Spot fixtures. With its fast, fluid movements, the lightshow’s captivating images reflected the band’s high-energy mix of rock, blues, reggae and ska music.

“The band and I own the Rogues, so we obviously appreciate them,” said Collier. “Their versatility gives us so many options. We had six of the units on the ground and used them to add another layer to the rig, which gave us a larger-than-life look that was especially important on video. I also used the ground package to silhouette the band. 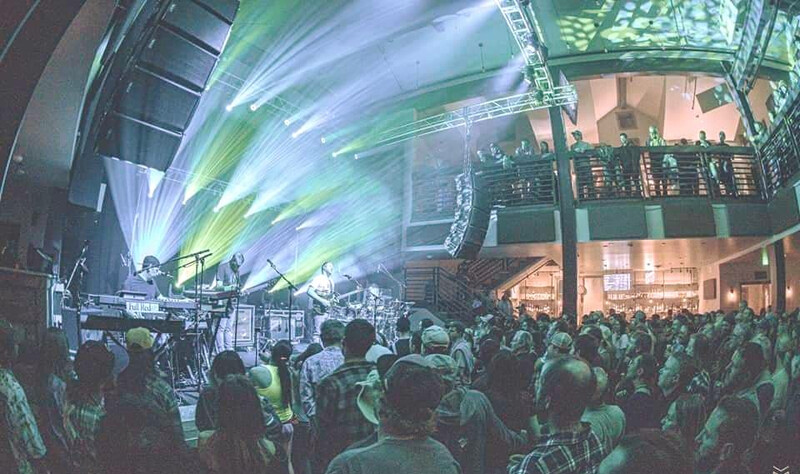 “There were six Rogues on the middle truss, which served as my main focal point,” continued Collier. “I used them in a variety of ways, from creating intricate static designs to moving them to the cyc position for some cool textured looks, to using them as blinders and strobes. The remaining Rogues were up top and were used to round out the rig. They filled up  some of the negative space above my mid truss, which was important to the overall look of the video production.”

Streaming the early March show online was important to the band as well as its fans, according to Collier. “We had a lot of views and great feedback,” he said. “Like a lot of jam bands, Spafford feeds off their connection to the audience. With touring grinding to a halt, this connection is more challenging to maintain. Streaming this show is a way of keeping the band close to their fans.”

For Spafford, videoing the 10 Mile Music Hall show was manageable as a do it yourself project. The relatively square dimensions of the 6,000 square foot venue with its 24’ by 16’ stage provided clear sight lines, while its 22’ vaulted ceiling and wrap-around balcony added interesting visual variety. GoPro cameras were used for shots of the four band members, while a HD video camera delivered FOH views.

“Our bass player Jordan is a wizard at editing, which helped a lot,” said Collier. “But even if they don’t have someone like Jordan on their team, I would urge any band to look at creating and streaming videos. One thing that recent events have taught us is that it’s always good to be able to share your performances online.”