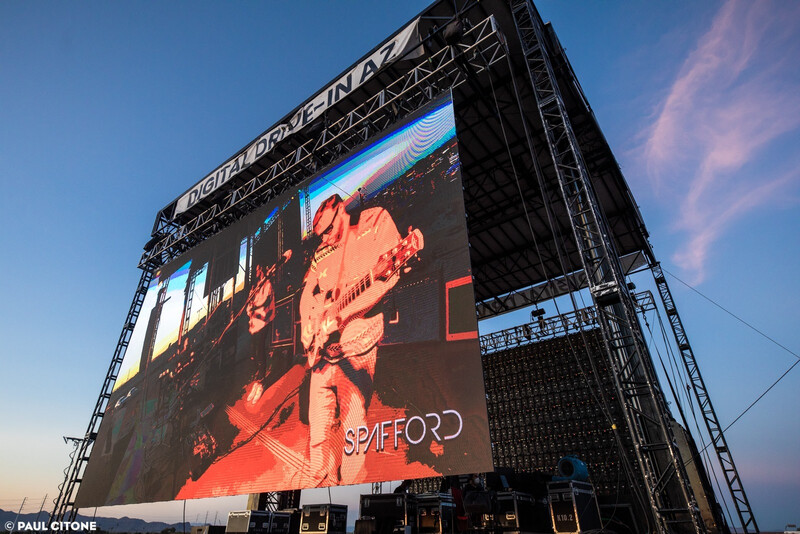 MESSA, AZ – Just as it does at outdoor festivals, nature can work with or against the LD who lights a drive-in concert. Matt Collier got a little taste of both on Saturday, May 23 when he lit a two-hour-and-ten-minute show by jam band monsters Spafford at the Digital Drive-In outside Phoenix.

The brilliant orange sunset that filtered through the feathered clouds at the start of the show served up one of those breathtaking spectacles that happen on special evenings this time of year in the dessert. Along with this gentle touch, however, nature also showed its harsher side with some strong southwest winds.

Drawing on his extensive experience touring the festival circuit with Spafford and other bands, Collier adroitly handled whatever Mother Nature dished out, incorporating the colorful sky into his design for the drive-in show, while also coming up with a substitute for the fog he planned to use before the wind rendered that impossible. 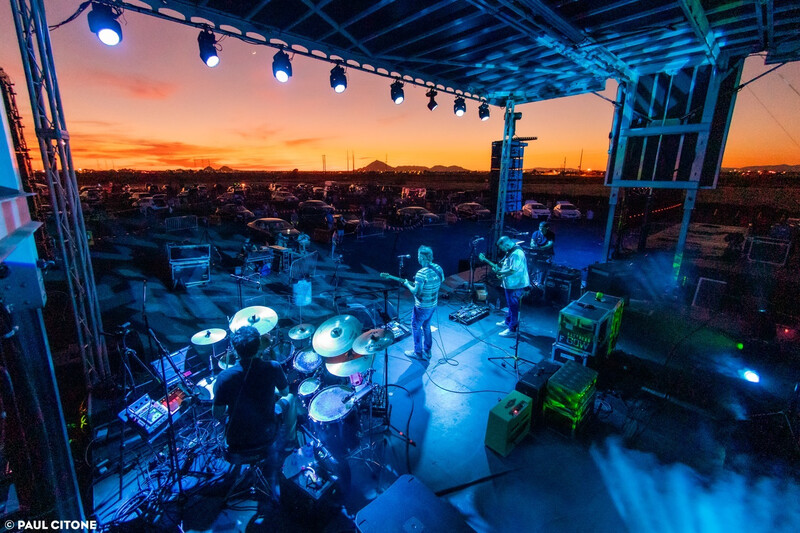 Helping him accomplish this feat was a collection of CHAUVET Professional Maverick MK2 Spot and Rogue R2 Wash fixtures supplied by Hardwired Productions. “Just doing a show outside in Arizona in the early summer is a beautiful experience,” said Collier. “The sunset was stunning that night, so I tried to integrate some more unique colors to match the vibe of the natural setting with some cool tones from the MK2s and R2 Washes.”

As for not being able to use the fog as planned, Collier relied on the performance features of the Maverick fixtures to texturize the 40’ by 10’ stage. “Unexpected things always pop up outdoors,” he said. “I ended up using the MK2’s gobos and wide zoom for some cool projections because of the headwinds that killed my haze.”

Collier flew eight Maverick MK2 Spot and eight Rogue R2 Wash fixtures on the drive-in’s roof truss, while arranging eight additional units of the spots and eight more of the washes on the deck. This configuration allowed him to create a sense of depth on the stage, regardless of which angle it was viewed from. 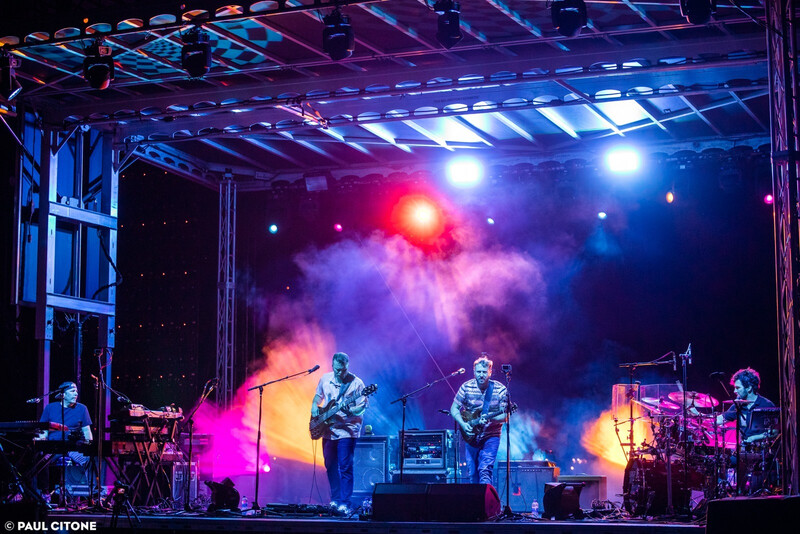 “We had 70 cars in front of the stage and almost as many on the side and back ends,” said Collier. “It was fun to invert the tilt of our design to give everyone a good view.”

Fans who viewed the show were assigned to parking spots spaced 20’ apart. From these spots, they could get out of their vehicles and sit on lawn chairs or move to the captivating beat of Spafford’s music, provided they maintained social distancing from people in other cars.

For Spafford, the drive-in show represented a very welcomed opportunity to perform before a live audience again. Collier describes the show as being “as close as possible to a festival experience,” even down to the unpredictability of nature’s elements. 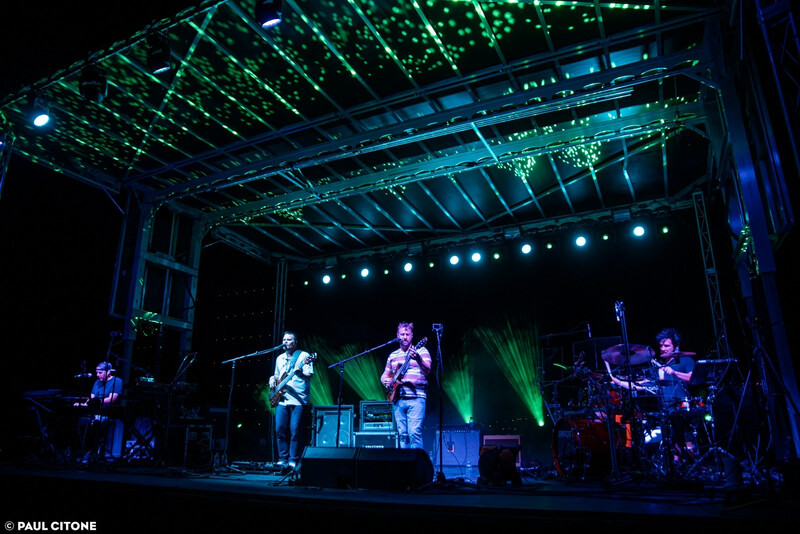