Before Vanilla Ice appeared at the popular event, the two met with the multi-platinum rapper’s team to discuss his show. As the conversation progressed, one thing became clear, the star’s team wanted flash, “the flashier the better,” specifically strobing.

Not having any dedicated strobes on hand, Castañon and Ortiz turned to their rig’s CHAUVET Professional Rogue R3X Washes, using the high output (up to 18,260 lux at 5-meters) RGBW fixtures to cover the stage and audience at the Ventura County Fairgrounds with a flurry on intense flashes.

“You have to be flexible when working a festival,” said Castañon. “The R3X Washes were great for strobing. We had seven of them flying on upstage truss and seven on midstage. They were staggered so the upstage stick was much lower than the midstage one. This not only gave the stage added depth, but it also helped us cover more area. In addition to these units, we had eight R3X Washes  offstage about 10-feet away from the left and right corners that were used for key lighting.” 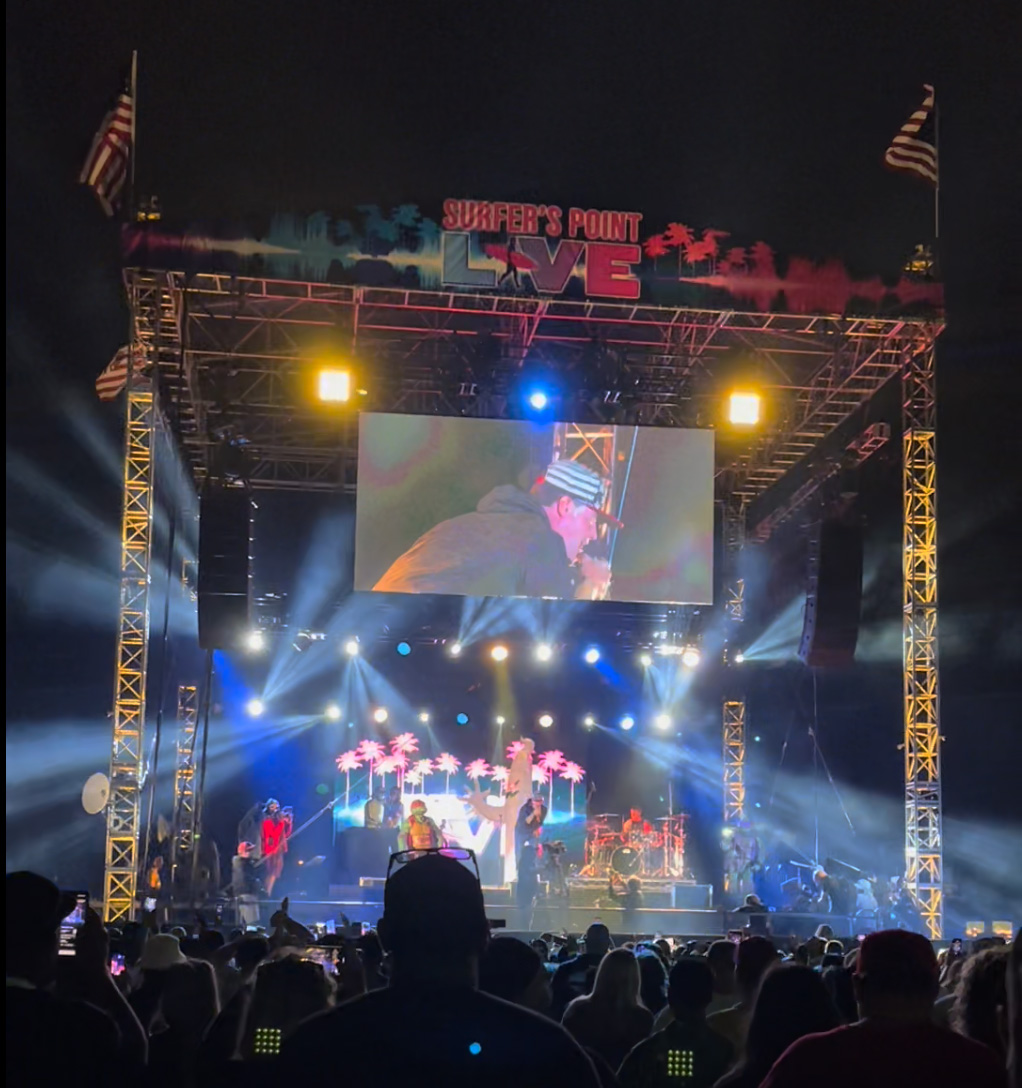 Creating dynamic strobe effects with their wash fixtures wasn’t the only step the Darvik team took to add versatility to their design during the two-day festival, which saw them light every act, including co-headliners Tag Team and Adelaide.

During the day, when ambient light rendered strobing impossible, they tilted their Rogue R3X Wash fixtures out and used them as eye candy. “Thanks to the different zones in the washes, it was easy for us to change the design on the face and give the stage a variety of interesting looks,” said Castañon. “We used the zones to create a ring, or we played them back in chasse sequences between zones. We also flipped out the eight key lights to playback chases towards the crowd.  I have a temp button that will tilt my fixtures out to the crowd and light up the whole place. I really enjoy the audience blind, and I know our photographers absolutely love it as well.”

The festival’s 40’ x 40’ stage, which has an 8’ high deck, provided the designers with ample opportunities to engage the crowd with light. “This is the same basic stage we used last summer for the Concerts In Your Car series, but instead of being a full 360-degree one it was three-sided,” said Castañon. “The video wall on the upstage was flipped in and used a content video wall. As for lighting, we hung 3 sticks of pre-rigged truss instead of the circle that was hung last year. This allowed us to create depth on the stage and use the fixtures in different ways. I personally enjoyed this arrangement slightly more than the 360 design.  The sticks were staggered in height from the downstage to the upstage.” 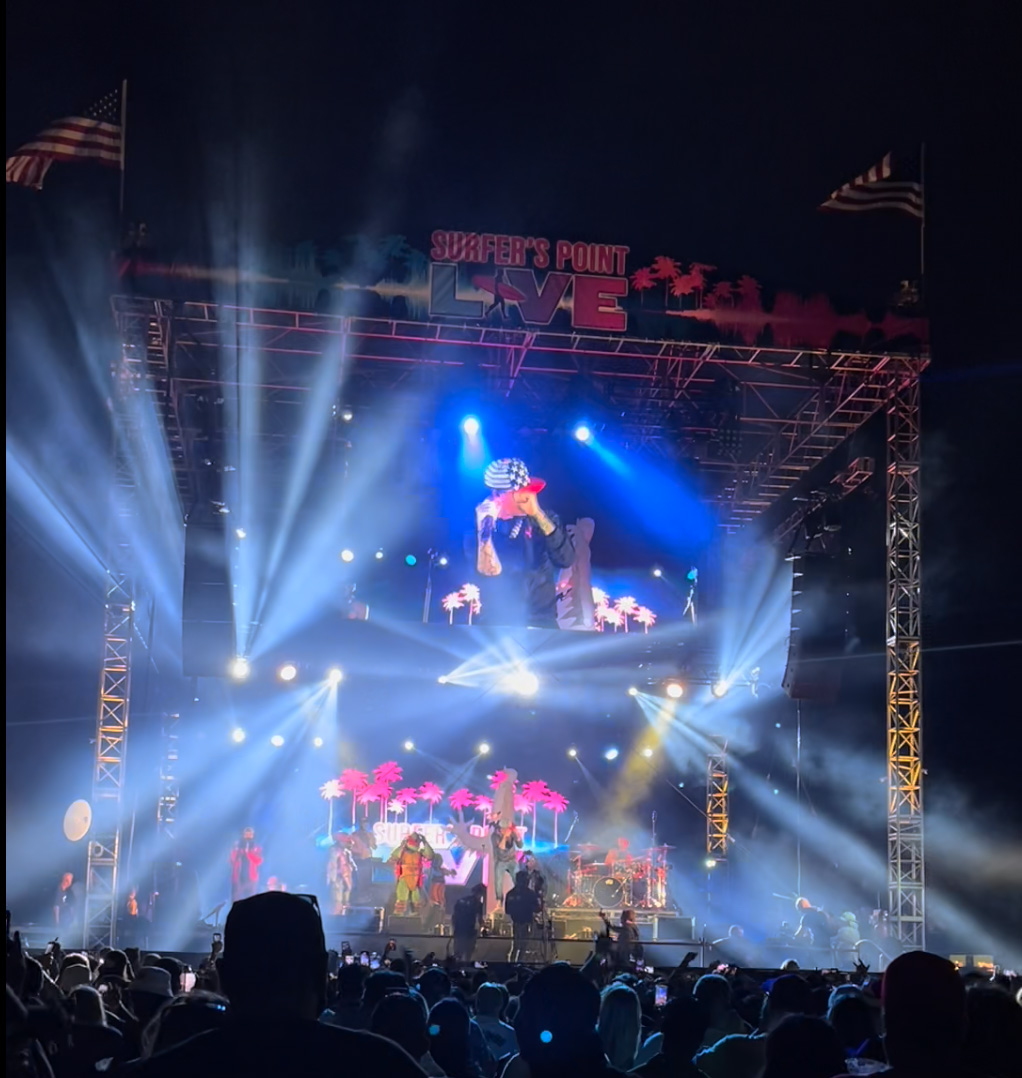 Making full use of their big stage, Castañon and Ortiz flew the 11 Rogue R2X Wash fixtures in their rig 35-feet in the air. They relied on the RGBW movers to create some attractive specials during the day, which, thanks to the output of the fixtures, showed up well even with ambient light. At night, the fixtures were used primarily for key light fills.

Also, part of the festival rig were six Rogue R2X Beam fixtures, hung on upstage truss and used for flyouts, and six Rogue RH1 Hybrids flown midstage. “Our original plan was to use 12 RH1s,” said Castañon. “However, we had to make a late switch to six R2X Beams, because we needed more room for the pre-rigged wall bumpers.”

This unexpected switch went off smoothly, allowing the Tequilla & Taco Festival lighting to remain true to its original concept. Another example, Castañon, and Ortiz will tell you, of how adaptation is the key to a successful design. 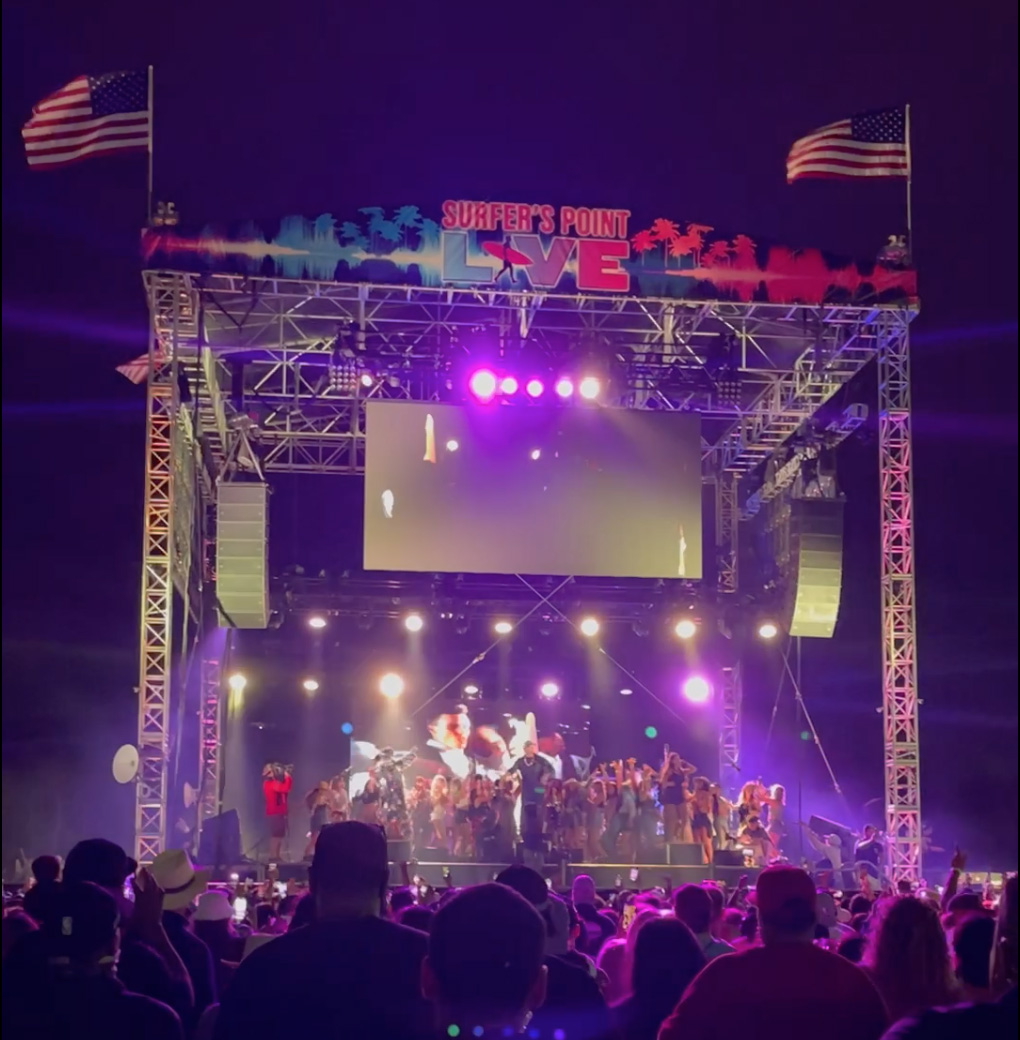