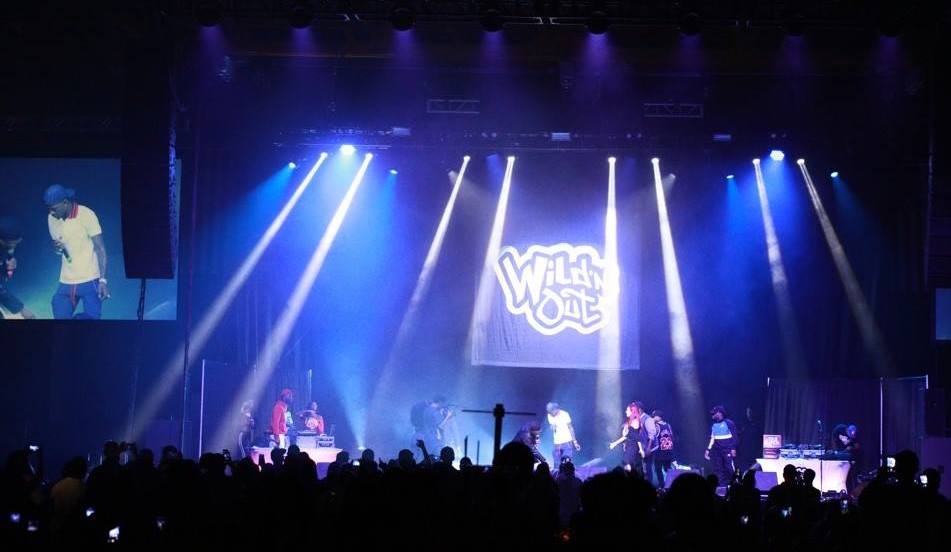 NEW YORK – Marc Wasserman has been having a rollicking good time lighting red-hot comedian Nick Cannon’s Wild ‘N Out tour. Aside from enjoying the quick-witted humor of Cannon himself, the New York-based designer is also getting an up-close look at the talented stars from the tour’s namesake hit MTV program. “The show is fantastic,” said Wasserman, the owner of 3 With 1 Grab Productions. “We have comedians like Rip Michaels, Emmanuel Hudson, DC Young Fly, Conceited, Matt Rife, Justina Valentine, Karlous Miller and Chico Bean. Plus, I get to work with some of the best hip-hop artists around.”

Wasserman is also getting to work with his tried-and-true Rogue R2 Spot fixtures from CHAUVET Professional on the tour, something that he feels has been key to keeping his good times rolling. “My Rogue R2 Spots are my go-to moving light,” he said. “I can’t say enough good things about these versatile movers. Some of mine have been on the road, touring for six months at a time. They’ve bounced around in trucks and been placed in temporary storage near O’Hare Airport during the winter weekdays (sometimes at 20° below zero), and they still make me a profit on weekends.”

For Wasserman, working the current tour began in early September, when he lit two sold-out Wild ‘N Out shows at The United Palace Theater on Broadway. He used eight Rogue R2 Spot fixtures, supplied by Chesed Electronics, for those shows. “Nick and his team liked the clean bling look we created for those shows,” said Wasserman. “Our goal was to duplicate the sleek sophisticated look of the MTV show, but remain within our budget.”

Using some older ellipsoidals and pars for front light, Wasserman positioned two of his Rogue units upstage left and two upstage right, with the remaining four flown over center stage, just downstage from the Wild ‘N Out banner. From these positions, the Rogues provided some intense specials, colorful downlighting and engaging aerials, all of which contributed to creating a sense of expectation on the tour, reminiscent of the feeling that has made the free-flowing comedy a hit on MTV for nine seasons.

“We got some great looks from the Rogues,” said Wasserman. “As the tour has expanded into arena venues, we’ve added more fixtures from local vendors, but I always like to have my Rogues in there, because of their versatility and brightness.”

As the Wild ‘N Out tour progresses, Wasserman is also making subtle changes to his design. “Front and rear lighting truss positions can get tricky because of the fly points or lack thereof,” he said. “Also, video projection and sightlines are a challenge, as all of our shows are selling out. Another issue is that some venues do not allow pyro/fx. We’re addressing that by using (CHAUVET Professional) Vesuvio RGBA foggers.”

Wasserman is meeting all the challenges, relying on his trusty Rogue fixtures and flying off most weekends to work the boards for the Wild ‘N Out Tour. As a result, the good times, like the tour itself, keep on rolling. 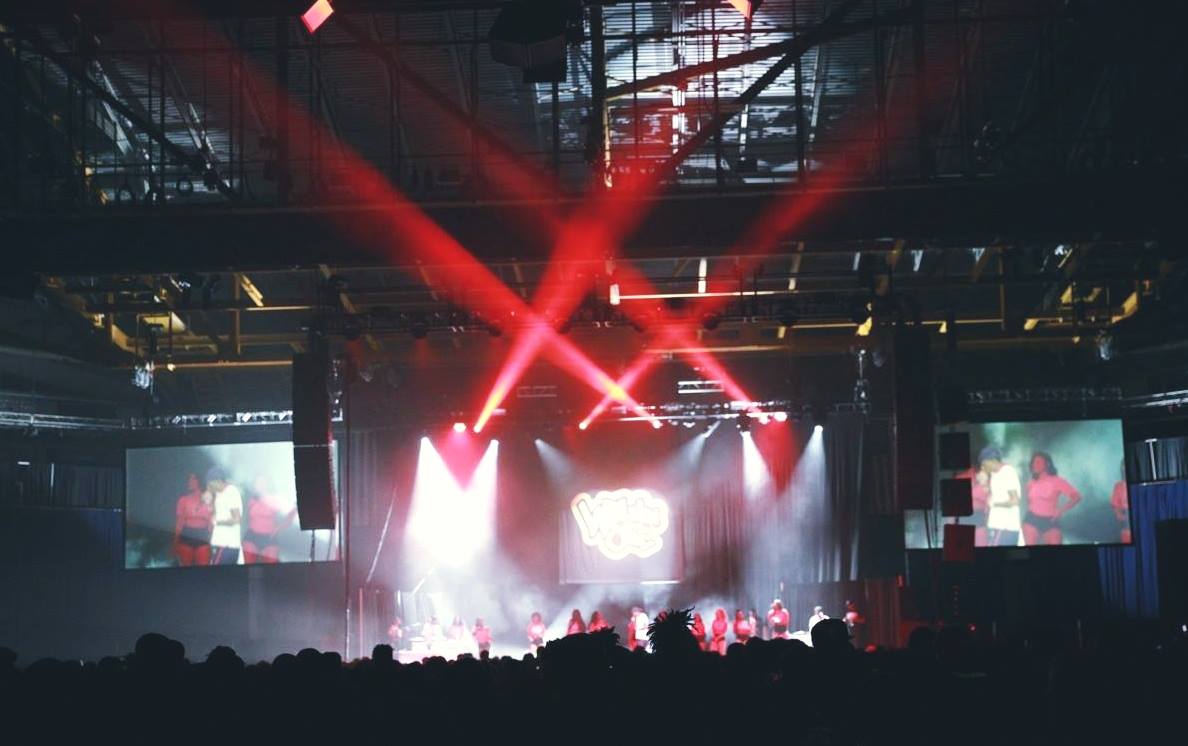