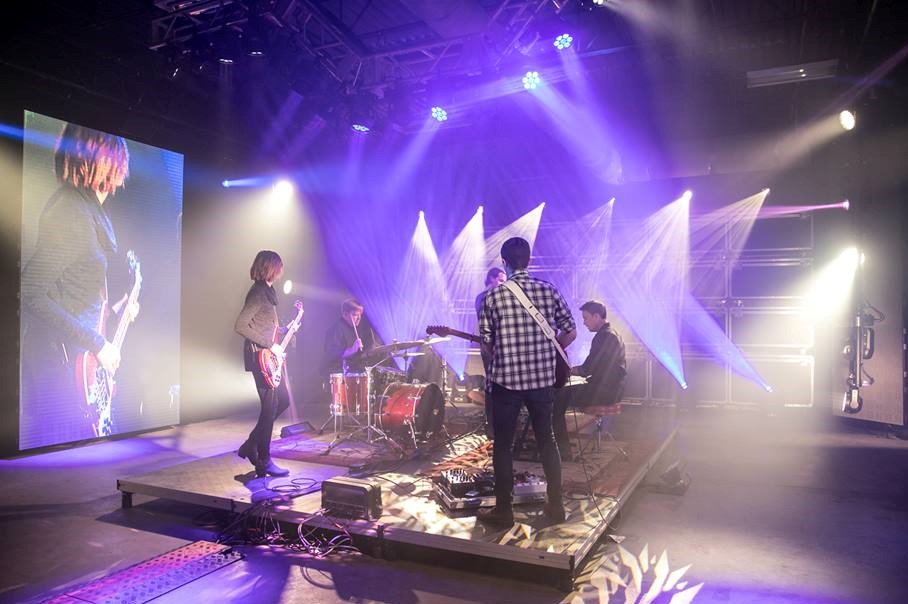 Like many in the entertainment lighting business, Tim Messina has watched the growth of pop up broadcast studios with interest. The owner of Events United, Messina has provided fixtures to network TV stations before, in addition to lighting festivals and concerts that featured recording stars like the Black Eyed Peas.

Still, Messina wondered what it would be like to set up a studio and record a music video. Earlier this year, he got his chance to find out. Teaming up with local singer-guitarist Matt Ellenberger and Project 2 Studios, a video recording company out of nearby Manchester, he turned a 40’ by 40’ corner of this shop into a pop up music video studio. Helping him make this transformation was a collection of CHAUVET Professional fixtures including 12 Rogue RH1 Hybrids, six STRIKE 4 warm white multi-formatted fixtures and 112 PVP X6IP LED video tiles.

“We wanted to see what we could do in terms of creating a video studio,” said Messina. “The idea appealed to us because there are so many people making music videos. I asked Matt, who’s a friend of mine, if he’d like to record a song and brought in Project 2 Studios. We set up a full lighting rig, video wall, line arrays, projection mapping, etc. with only one day of planning and implementation. It was great fun and a great learning experience. It also showed us what we could do with our fixtures to create a very engaging studio. I was very happy with how this turned out.” 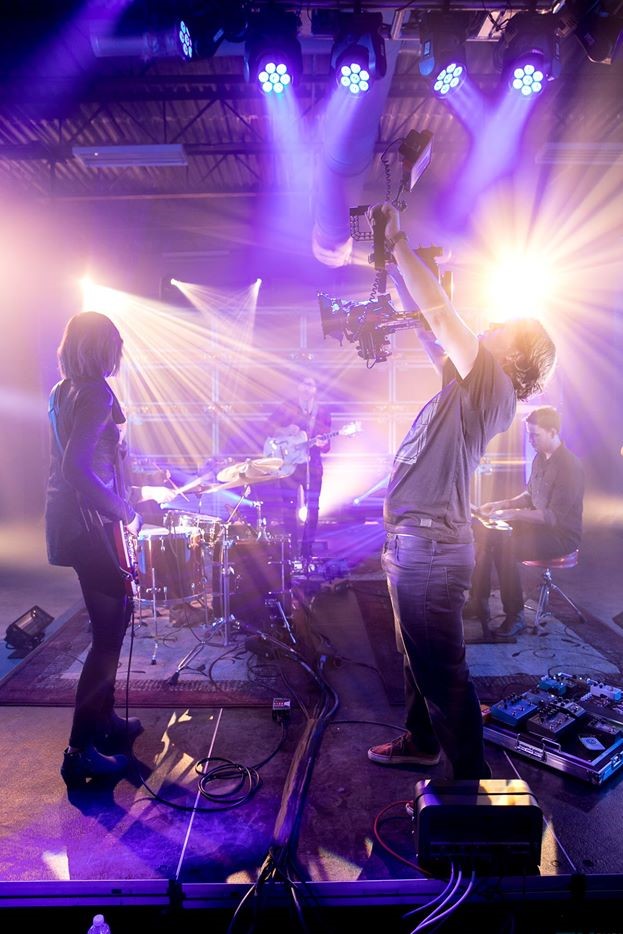 Defining the parameters of the pop up studio in the open shop was essential. To accomplish this task, Messina relied heavily on his 112 PVP X6IP tiles. He and his team used the panels to create six separate video walls, which encircled the stage, except at the back end where a wall of road cases was built. Aside from clearly defining the stage area for the camera, this arrangement projected an engaging road warrior look.

Of the six video walls, two were substantially larger than the other units. Flanking the band, these bigger walls were used to show IMAG images, while their smaller counterparts poured white light onto the set to pump up its energy level at critical moments. “The resolution on the tiles was excellent, so we could get good images for the live feeds,” said Messina. “Plus the PVP X6IP is so bright, it gave us plenty of illuminance when we wanted it to play the role of lighting fixture.”

The Rogue and STRIKE fixtures in the rig were used to set off the back wall and add depth to the set. “We used our road cases as the back drop and we relied on lighting to make them pop, creating more interesting visuals for the camera,” said Messina. “There were six Rogue RH1s on top of the cases and six more on the floor. Then behind the cases we used our STRIKE 4s to add backlight and a greater sense of perspective.” 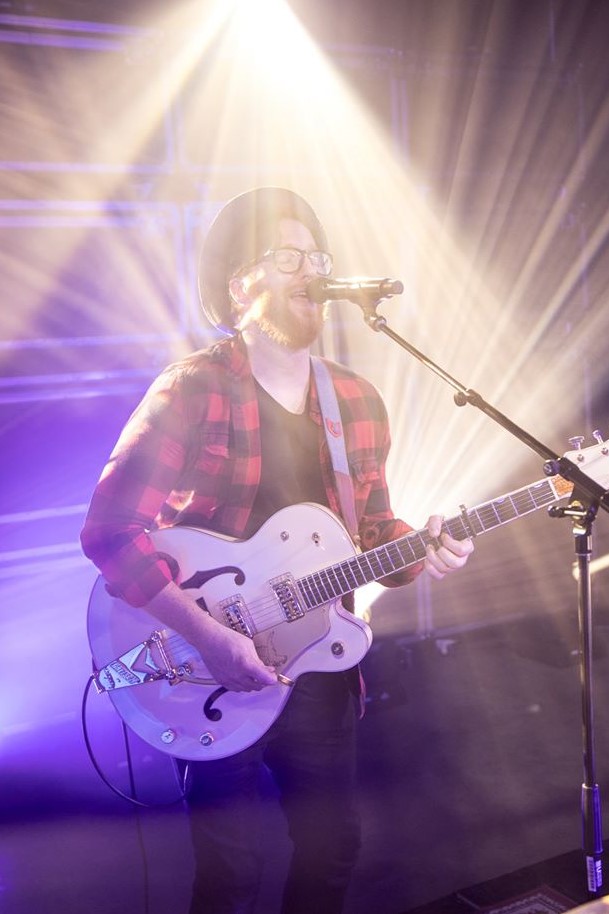 Messina credits the Rogue RH1 Hybrids with helping his team overcome the small size limitations of the pop up studio. “We needed a fixture that was bright and punchy of course, but beyond that, we also wanted one with a large zoom range because our space was relatively small,” he said. “To make this space look bigger, we needed a light that could zoom wide, but also have beam effects – the RH1 was the perfect choice.”

Based on his experience creating this pop up studio, Messina is enthusiastic about the future of the concept. However, he emphasizes that he would not build a pop up studio without a good team working with him. “Everyone worked hard on this project,” he said. “Ryan Lane, our LD, programmed the lights the morning of the shoot. Donald Van Slyke mixed the live audio and took care of the timecode to have the video, lighting, and audio playback in time so we could do multiple takes and have the lights do the exact same thing each time. Jon Martell programmed the video wall and switched the live camera feeds. Sean Mitchell was the camera operator — and Ben Proulx produced and edited the film. A lot of talented people had to pull together to make this video happen.”

Check out the video!