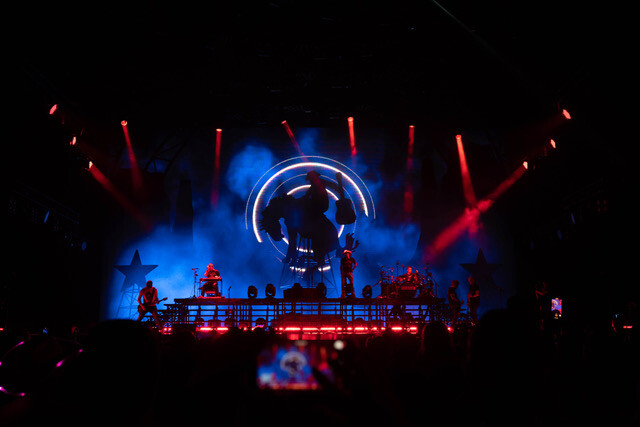 NASHVILLE – “I’m ready to get back out and feel the nights come alive,” Jason Aldean said when announcing this summer’s 34-city Rock N’ Roll Cowboy tour. The country music superstar’s lighting designer, Keith Hoagland, knew just how he felt. After two years of contending with COVID lockdowns and restrictions, both were ready to spread their creative wings and fly.

For Aldean, this means turning up the heat of his already-intense performance even higher, mixing new computerized beats with his customarily fierce guitars and compelling vocals. From Hoagland’s perspective, the tour represented a welcomed opportunity to roll out some big, bold looks with new tools, such as the CHAUVET Professional Color STRIKE M motorized strobe/wash and STRIKE Array, which like the rest of the lighting rig, were supplied by Bandit Lites.

“We really wanted to come at this tour from a new direction,” said Hoagland of CKP Lighting. “The Luz Studio team did a great job developing this scenic concept mainly driven by video. Manager Chris Parr, project manager Donnie Lockridge, and my crew chief Cody Cheatum, as well as Kelly Fields, all contributed to making this special. Being asked by Chris Parr to be the lighting designer was a great honor. I had more say in the creative direction than I ever had in the past, so I ran with it!” 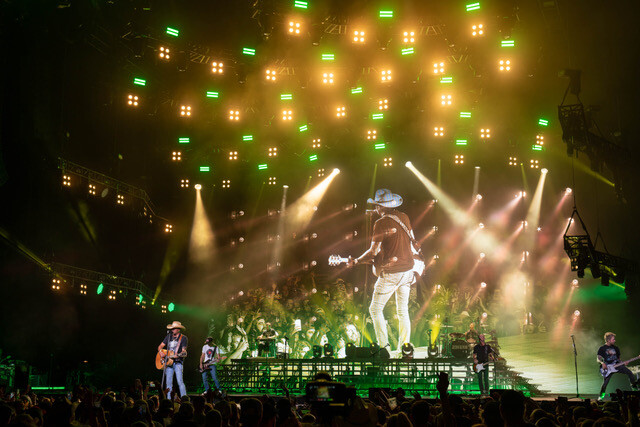 Working with Luz’s asymmetrical truss configurations gave Hoagland the opportunity to arrange his lighting fixtures in more impactful positions. This layout has also enhanced the rig’s flexibility making it easier to keep pace with the wide sweep of Aldean’s music. Contributing to this versatility are the rig’s 37 Color STRIKE M fixtures, which are flown at different heights in asymmetrical columns over the entire width of the stage.

“I use the Color STRIKE as a wash unit and get the bonus of having it as my strobe as well,” said Hoagland. “Creating a broad palette of colors is important in this show, so this fixture helps in that regard. Plus, it is so bright and powerful on the strobe side of things. Then you get the bonus of movement with tilt and brightness, which is awesome.”

For Hoagland, the power of color is vividly demonstrated in the introduction to “Hicktown,” the last song of the show. “This is one of my favorite moments in the show,” he said. “I use rear light only and light the band in Green and then do hits in Red. This is imagery that I have taken away from years past Nine Inch Nails tour that a very talented friend Brian Jenkins programmed.” 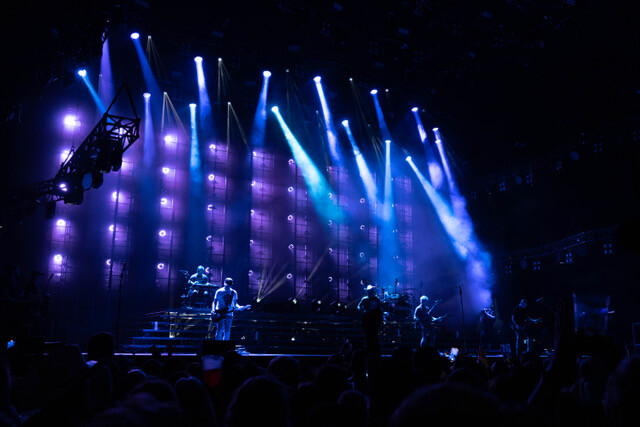 During that song, as well as in every other number in Aldean’s set, the bond between the star and his fans is reflected in Hoagland’s design. A key to supporting this connection is audience lighting from some of the 70 STRIKE Array fixtures in his rig.

“We have the STRIKE Arrays scattered about within the design, using them for side lighting and audience abuse,” he said. “I can say it has been nice to use only 12 of these fixtures to light the whole seating area as well as feed into the lawn area from our downstage truss in amphitheater shows. Then when I turn on the rest of them, it is a WOW moment with punches and accents of the music rolling in throughout the evening.”

Among the more intriguing looks in the show are those created when the rig’s 45 Maverick MK Pyxis fixtures shine through the blow-through video wall (supplied by Moo TV). The blow-through video wall with lighting behind was the main element of this new design. The design team did a workshop at Bandit on a lot of fixtures. They needed a LED fixture because the units would be close to the wall. They were also looking for endless tilt fixtures to create dynamic fxs from a fixture that could shine through. 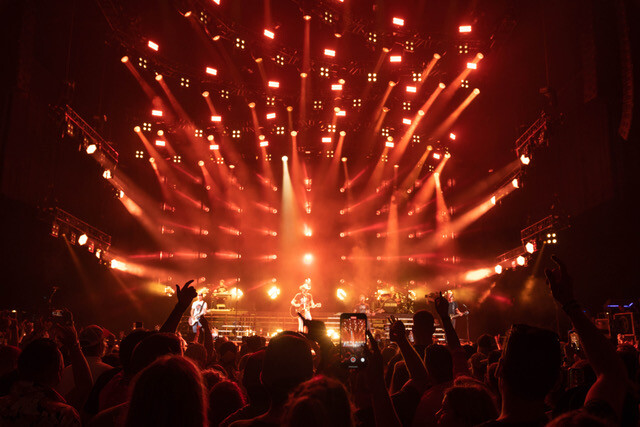 The power of this lighting-video partnership creates some memorable scenes during Aldean’s performance of Crazy Town, the anthemic song about a country music hopeful arriving in Nashville. “This is one of our signature rock-sounding tunes,” said Hoagland. “The looks we get really reflect the music.”

Another moment when the Pyxis fixtures shine through is during the performance of “The Truth,” when Alden invites supporting act John Morgan back on the stage to sing it with him. The stage is lit in deep blue, and a starlight pattern covers the video wall along with close-up IMAG images of the two stars singing the heartfelt ballad. Throughout the performance, the Pyxis fixtures emit glimmers of light like some distant celestial objects in the night sky.

It is at such moments that the summer night comes alive, just as Aldean had promised. 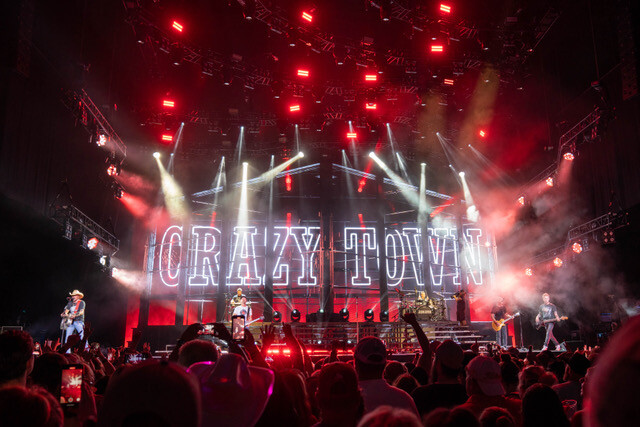