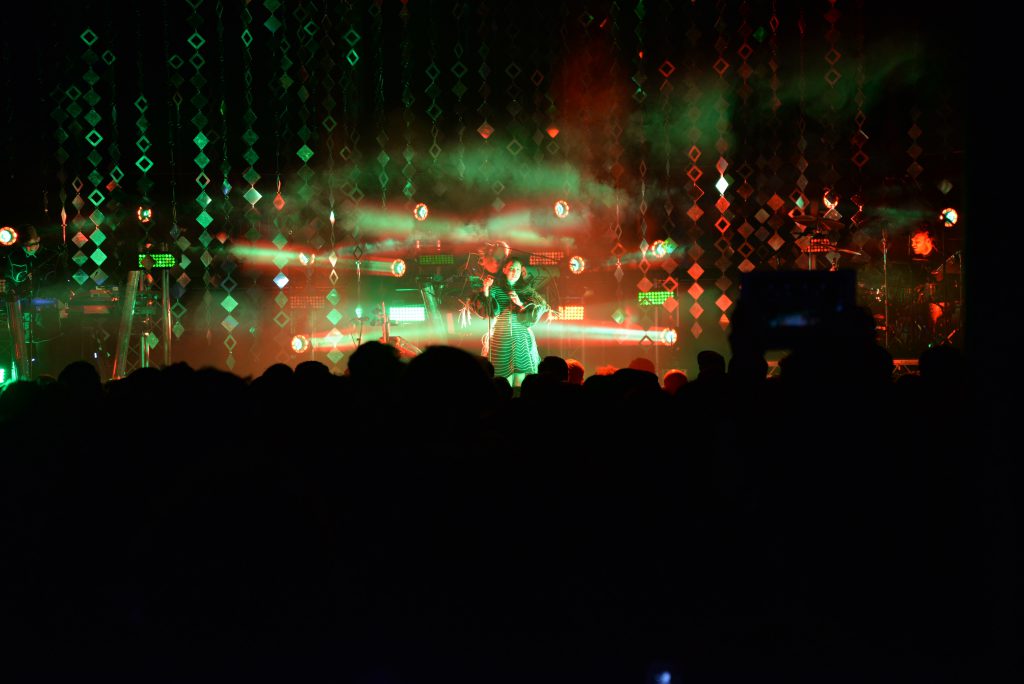 The Swedish electro four-piece band Little Dragon enjoyed a wild ride in 2017, as their heavy ethereal beats and synth-driven hooks have garnered them a following on both sides of the Atlantic, as well as slots at the Coachella and Bestival festivals. Reflective of the band’s stratospheric surge in popularity is the new power-packed lighting rig on its current sold-out UK tour. LD Tim Smith, who recently began collaborating with the band, specified Maverick MK Pyxis fixtures, as well as COLORdash Par-Hex 12 units, from CHAUVET Professional for their current touring rig.

“After Bestival and our other summer commitments came to an end, Little Dragon’s tour manager asked me to start looking for a fixture package that would be able to fit in one trailer along with the rest of our gear, while still maintaining the original look and feel of previous performances,” said Smith, who selected 16 Pyxis fixtures for their ability to create an array of different looks.

“There are certainly a lot of multi-functional fixtures out on the market right now, but the MK Pyxis really sets itself apart,” commented Smith.” I have really enjoyed the fact I can zoom the ring as well as having a single beam in the center with a wash around it. Also there are times when I want to throw a lot of individual beams at the mirrored curtain, which the MK Pyxis has been fantastic for.”

With a ring of nine 15W RGBW LEDs with a zoom range of 7° to 45° and built-in color macros and gobos, as well as a punchy 60W RGBW LED serving as a center pixel with a 3° beam angle, the Maverick MK Pyxis offered Smith and the band an endless array of looks with beam and wash effects, wide zoom range, continuous 360° pan and tilt movement and aerial and pixel-mapping effects.

“They have so much punch for their size,” Smith continued. “I was able to use the outer ring of LEDs to pixel map atmospheric air effects, all the while using the zoom of the LED ring to give a two-tone tight beam effect – a look which was extremely powerful when reflected off the mirrored curtain.”

For the last two shows of the tour at London’s Roundhouse, Smith lent on the Pyxis’ array of features to accentuate the band’s performance within the awe-inspiring Victorian venue. “For the Roundhouse shows, we hung a second mirror curtain to add further depth to the look of the stage,” continued Smith. “We were able to produce some really cool effects with the Pyxis beams being multiplied by the reflections on the curtain.”

Following their Roundhouse shows, the band has returned to mainland Europe to continue touring. If the previous months are anything to go by, the Pyxis is sure to continue to dazzle crowds all over Europe, thus building on what has been an already memorable year of shows. “So far, the performance of the Pyxis has been really good,” concluded Smith. “There has not been a single problem, and the fixtures work first time, every time. They have also been scrutinized by many in-house techs with good reception!” 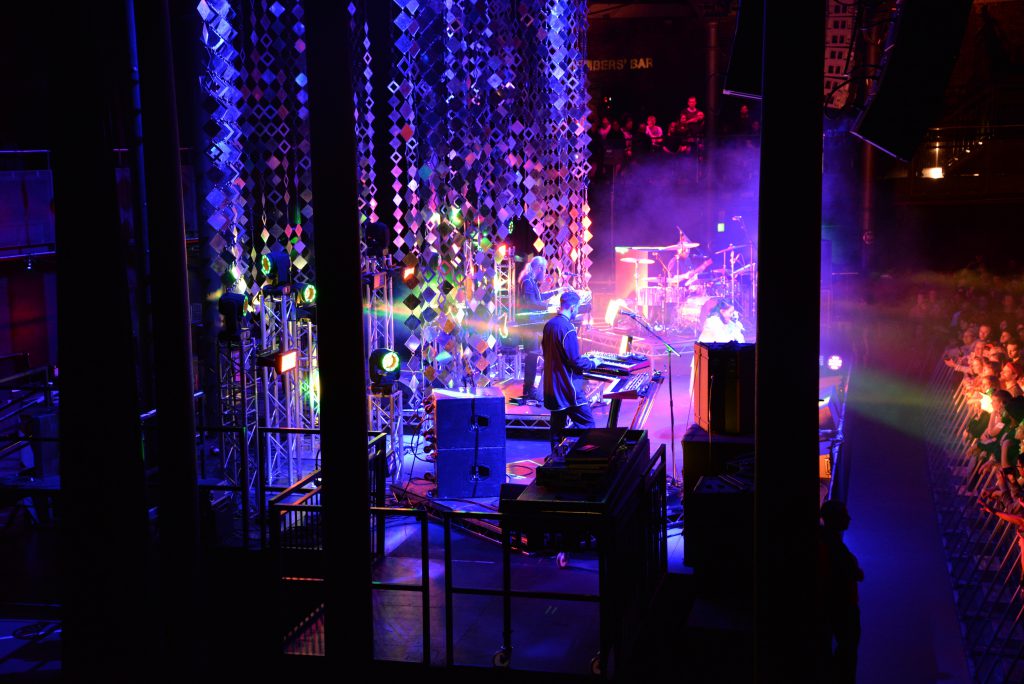