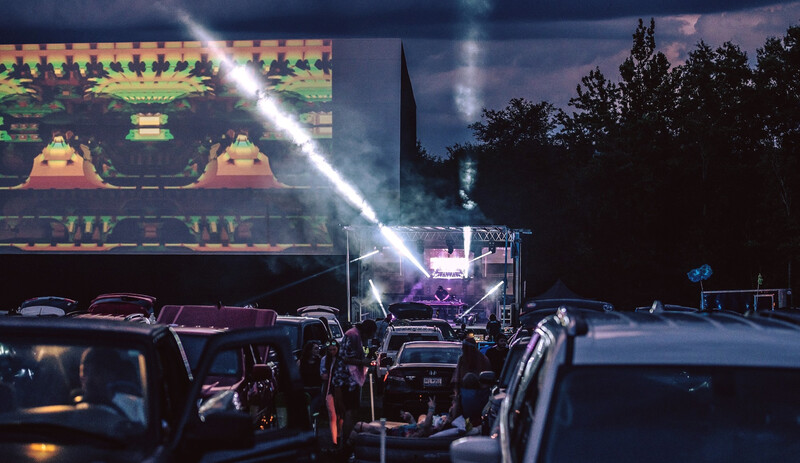 KINGS MOUNTAIN, NC – Social distancing: it not only affects where and how people sit at public gatherings, it also has a pretty big influence on the way lighting designs are put together for outdoor events. Daniel Thibault appreciates this first-hand.

The owner of Life Is Art Studios, Thibault created the lighting design for No Parking On The Dance Floor, a drive-in concert by Top Ten dubstep artists Subtronic and Boogie T. Just under 2,000 fans (in 500 cars) attended the sold-out show, which took place at the Hounds Drive-In Theatre outside Charlotte, with each vehicle being separated by a wide distance.

Normally, when designing for a crowd that size, Thibault builds his rig for an intimate venue, focusing on tight angles, back lighting, side lighting, and close-in specials. But given the generous space between cars at this drive-in show, he had to adjust his approach.

“This was definitely different,” said Thibault. “It was still a 2,000-person show, but I had to design the show, and my LD Aaron Lenchek had to run it, as if it were for a much bigger event, because the fans were so spread out.” 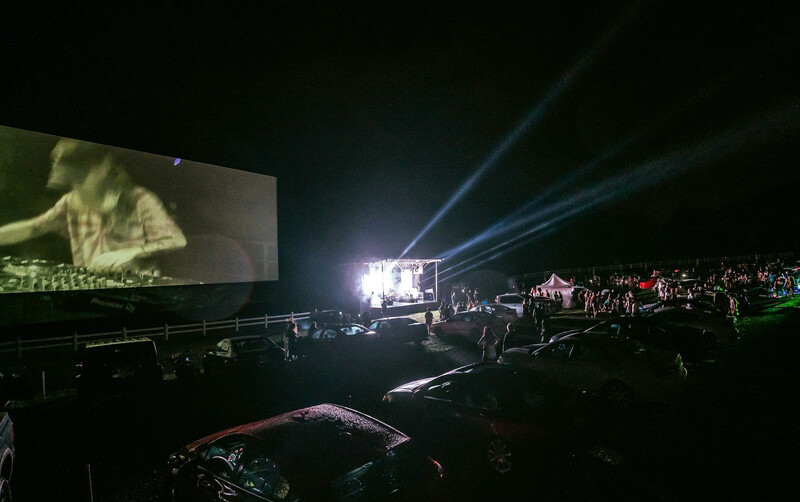 For Thibault and Lenchek this meant  thinking in terms of wide angles.  “Our looks had to cover a wide area, since they were going to be viewed from so many different angles,” said Thibault. “At the same time, we didn’t have a big arena rig, so the lights we used needed to have a lot of punch.”

Providing this punch was a collection of CHAUVET Professional Rogue fixtures. Thibault’s design called for 10 Rogue R2X Beams and six Rogue R2 Washes. He positioned two of the 231-watt beams on a downstage riser, four on upstage stands, and four on the upstage deck. Drawing on their beefy output (134,000 lux at 15-meters) he and Lenchek were able to create a broad panorama with crossing patterns of bright light and aerial effects. 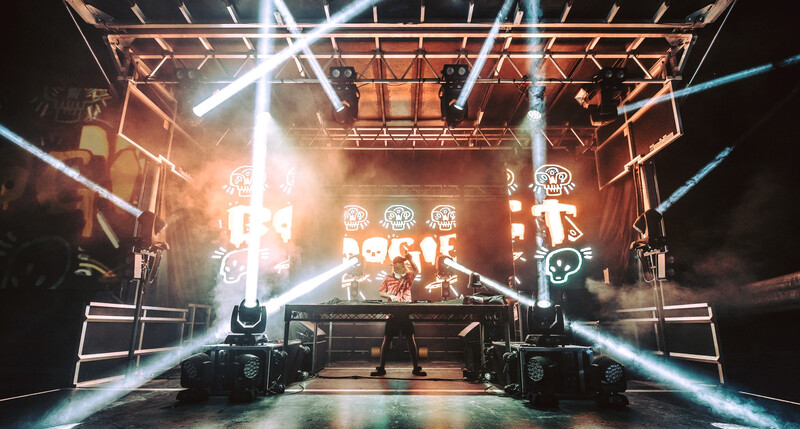 The Rogue R2 Wash fixtures in the rig were positioned along downstage deck. In addition to contributing to the wide field of light, they made the show more camera friendly, an essential quality, given that fans watched the performances on the drive-in’s 50’ by 100’ screen as well as on the stage.

“We had to use way more front light then we normally do for the cameras, since much of the viewing was via IMAG on the big screen,” said Thibault. “A pair of the R2 Washes provided the front light we needed.”

A group of three CHAUVET DJ foggers positioned behind the DJ stand added depth and texture to the stage. The atmospherics were also used to accent moments of peak intensity in the hard-driving performances.

Adding to the ambience of the sold-out performance was the natural setting of the Hounds Drive-In, which is located in a tranquil area of tree topped hills. Driving up one of those hills on his way back to the theatre from dinner during setup, Thibault was greeted by an impressive sight.

“We could see the beams shooting up over the hilltop as we drove, before we even saw the stage,” he recalled. After months of lockdown, the sight of light rising above a hill was, said Thiabault, a hopeful sign of things to come. 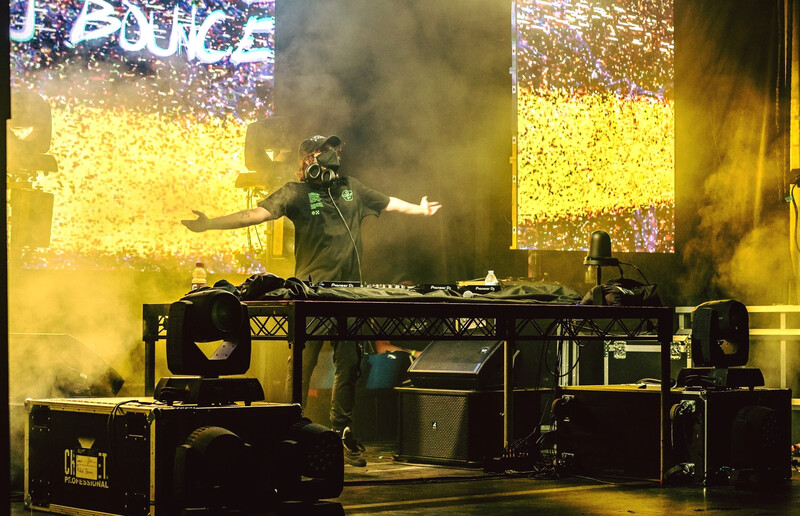