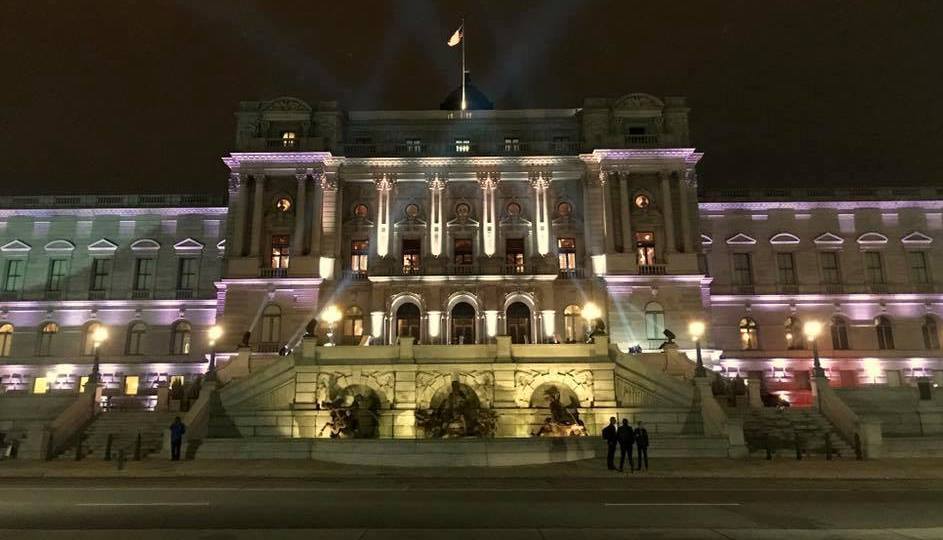 WASHINGTON, D.C. – Critics have rightly hailed the US Library of Congress’ Great Hall as a monumental triumph of architecture. Effortlessly balancing form and function within its spacious confines, the two-story room alternately awes and inspires with its towering Corinthian columns, Romanesque arches, double staircase and a gold-ornamented ceiling that exudes the unbridled optimism of its 19th century designers.

Setting off the room’s design and making a powerful visual impression on visitors from the moment they walk through its bronze doors is the gleaming white Italian marble that makes up most of the Great Hall’s surface area. Although beautiful, the marble made the design process more complex for Elizabeth Coco on November 1 when she lit the American Film Institute golden anniversary celebration at the Great Hall. Coco was able to meet this challenge with help from a collection of 120 CHAUVET Professional WELL Fit fixtures supplied by Atmosphere, Inc.

Given that the anniversary event, which featured keynoter Morgan Freeman, took place inside the great hall with its marble surfaces, Coco had to light the room as well as the building exterior in all white to accent this distinctive feature. Although white lighting can be stunning, it can also pose issues for a designer.

“White is such a non-descriptor,” said Coco, a USA 829 union designer. “It can be warm or cold. It can be amber, straw, pinkish, slightly lavender, or even slightly blue in hue. Also, color matching LEDs to be the SAME variation of a pastel color is very difficult because of how LEDs are manufactured.”

“The other issue you have with marble involves its projection surface,” said Coco. “Marble doesn’t take LED light as well as stone because it isn’t a porous surface. Because of this, marble refracts more light than stone. The light will wrap around a porous stone surface better.”

Coco was able to achieve the right balance in her whites at the American Film Institute event thanks to the RGBA fixtures in her rig. “You can’t mix a variation of white light without an amber diode,” she said. “RGB-only units don’t give you the same capability; and RGBW units can get too cool. The RGBA in the CHAUVET Professional WELL Fit units hits the sweet spot I am after.”

For lighting the beautiful shinny marble at the Great Hall on this cloudy November evening Coco used 48 WELL Fit uplighting fixtures on the second floor, 48 units on the first floor and an additional 24 in the hallways. To light the outside of the building and stairways, she relied on 80 CHAUVET DJ Freedom Par Quad-4 RGBA fixtures, which were also supplied by Atmosphere, Inc.

“We networked all of our WELL Fits through wireless DMX, so we could make the entire inside rig dim in unison,” said Coco. “Given the stunning beauty of this room, the effect was very dramatic.” 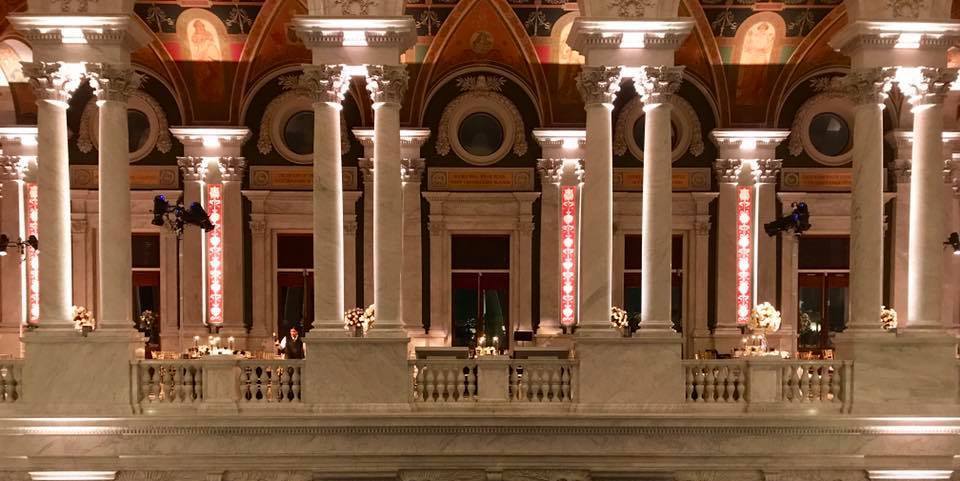